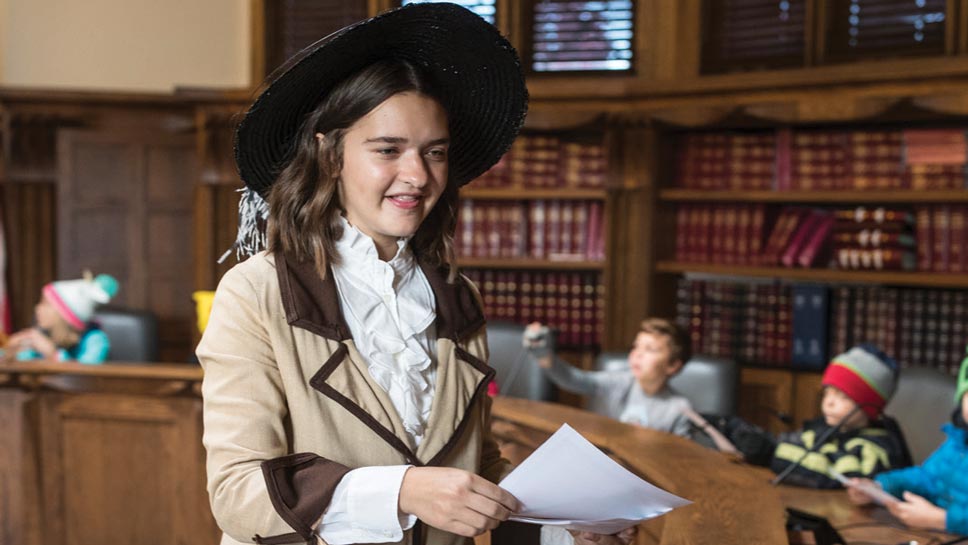 The Village of Lake Bluff event Time Travelers is no longer a thing of the past.

It returned, to the present, on October 11 — with an emphasis on the … past. Lake Bluff ’s history, specifically.

Lake Bluff Elementary School second-graders learned all about their community’s past, thanks to skits set in the 1900s and performed by 19 Lake Forest High School Theater Department students. The teens had donned costumes for the event.

The rapt grade-schoolers took it all in, as none had to worry about incurring a paper cut from a text book.

“I distinctly remember Time Travelers being a part of the school curriculum throughout my elementary school years,” Lake Bluff parent Caitlin Morse says, adding one of the versions in her childhood had a medieval theme.

“Students learned about what a community is, about what it takes to run a community,” Lake Bluff Elementary second grade teacher Sarah Magsino says. “[Another issue addressed was], ‘What is one’s role as a member of the community?’“

The skits and other offerings of the event clearly showed how much Lake Bluff had changed since the 1900s. 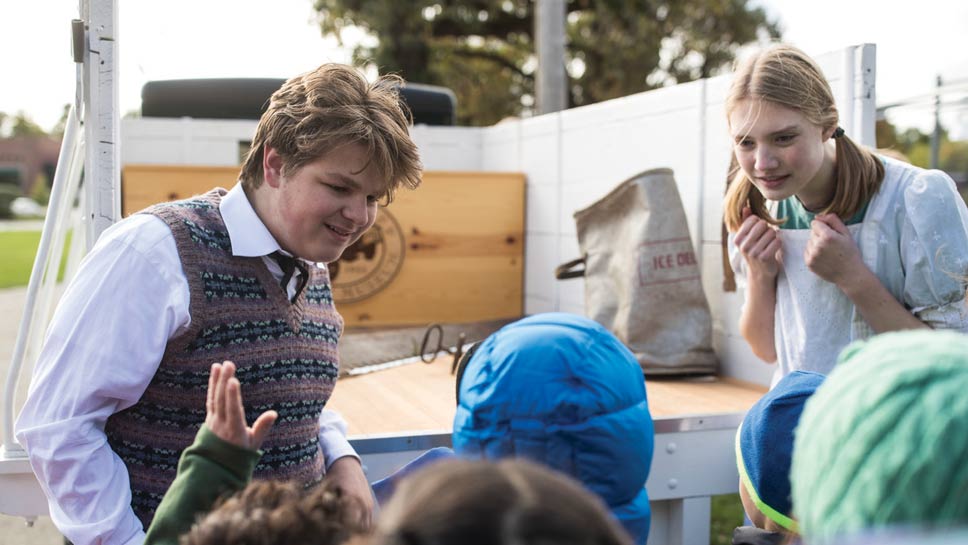 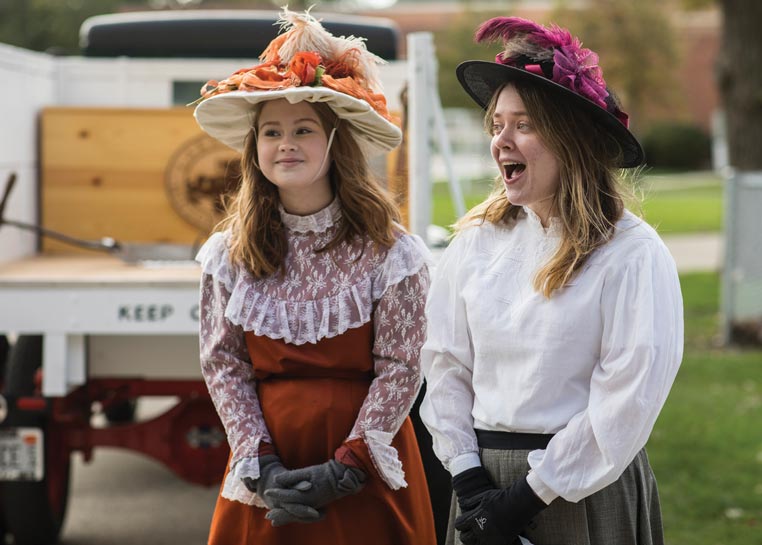 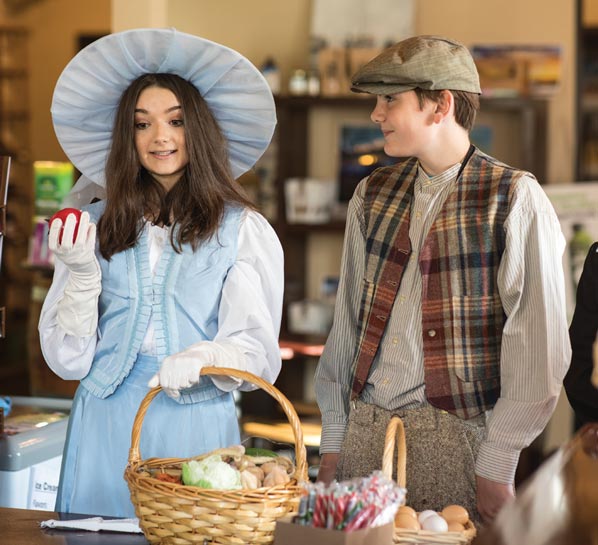 Administrators at Lake Bluff Elementary School plan to continue to incorporate the event into the second-grade curriculum.

Parent Teacher Organization member Laine Bennett, who has a second grader at the elementary school, followed the actors’ lead and dressed up for the day. But Halloween did not arrive early for just one parent.

“Other parents dressed up, too,” Bennett says.

Time Travelers could not have been revived fully and successfully without help from LFHS Theater Director Joe Pulio and his enthusiastic cast. His actors entertained and educated in four skits.

Parents had acted for the second-graders in previous Time Travelers.

“It was a great opportunity to bring the community and the school together to educate the kids,” Pulio says. “They gave us a couple skits that had scripts, but my students also did some improv.”

LFHS launched its new theater program last year. As the four moms spearheading the effort to bring back Time Travelers tried to figure out how to do so, they had heard about the high school’s acting classes. So they met with students from Pulio’s Theatre II and Theatre III classes and discussed the premise of each skit.

“They were thrilled to help,” Pulio says. “Some of them had attended the elementary school, so they were excited about it.”

Bennett says by the time they finished planning the event, there were a lot of people involved. Their hope was twofold — raise awareness about the arts and educate the kids about Lake Bluff ’s history.

“I love that these high school students were so excited to be a part of this and help educate others about a community’s history in a fun way,” Morse says.