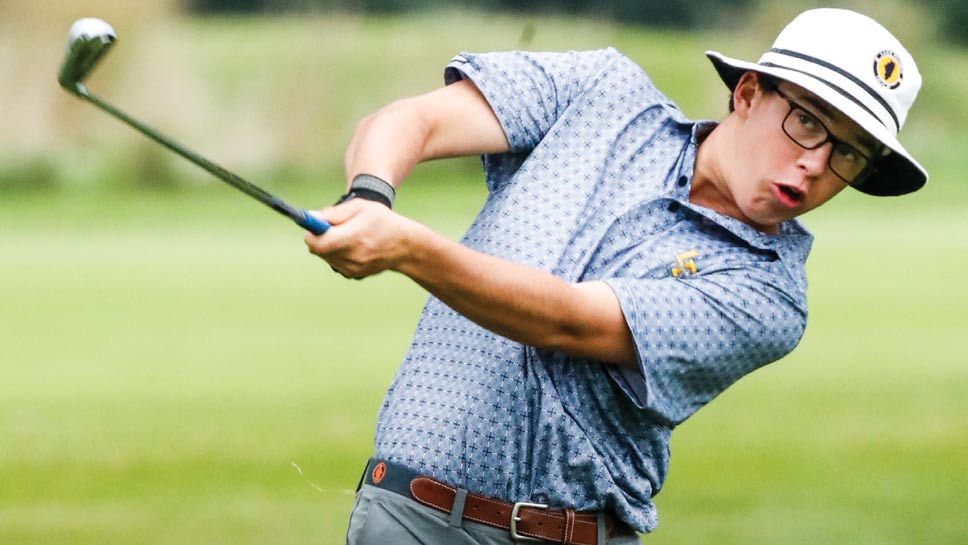 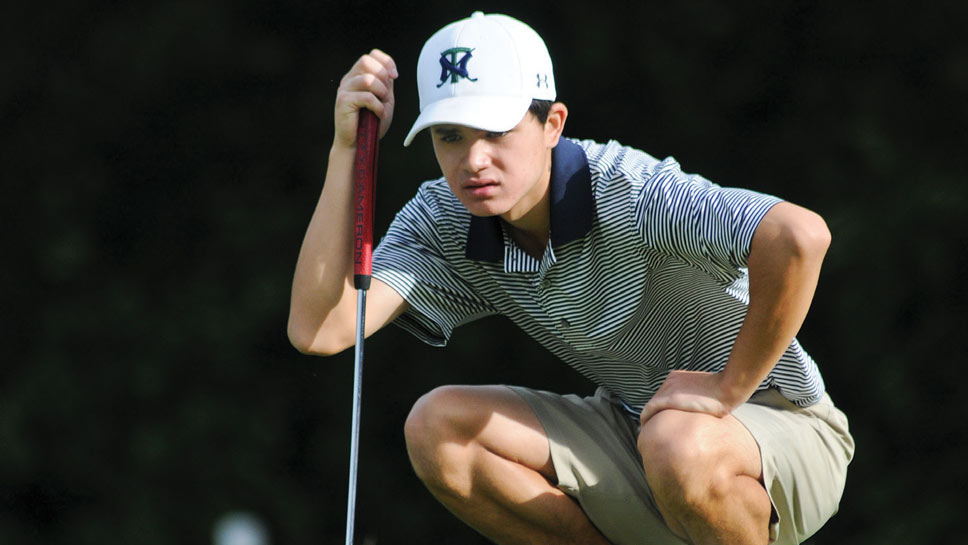 Then it snowed in the middle of Day 1 at state October 12.

A half-inch of the white stuff covered the greens at The Den at Fox Creek Golf Course.

Tournament officials reduced the tournament from a 36-hole event to an 18-hole event.

Every qualifier had to start over on October 13.

Matheson’s boys made another run at state hardware (top 3 teams) before settling for a fourth-place showing with a 15-over-par 303. Scouts junior Patrick Moorhead shot a 1-over 73 to tie New Trier junior Daniel Tanaka and two others for ninth place.

Loyola Academy senior Peter Radler ended up as the North Shore’s top individual with a fifth-place-tying 72.

Radler, Tanaka and the bucket-hat-wearing Moorhead, a fun-loving lefty, returned home as all-staters.

“His swing was great at the end of the season,” Matheson said of Moorhead. “His swing … it was just consistent, methodical. It got to the point where it never got too far off line.”

“Patrick,” the coach added, “makes enough birdies in his rounds. If he bogeys a hole, he usually sets himself up for birdie putts at the next three holes.”

“Our guys wanted the team to finish in the top three, badly,” Matheson said. “So badly that a conversation about any individual’s performance never came up. We’d been playing so well as a team in the last three, four weeks.

“Such a good group of guys,” the coach added. “They all got along, all liked to hang out together. We ate a lot of great meals together.”

“[Tanaka] attacked the course when he needed to and played smart when the pins dictated that he play it safe,” Trevians golf coach Pete Drevline said, adding Tanaka’s even demeanor on the golf course impresses him almost as much as his golf abilities.

“Daniel used his length and superb ball-striking skills under difficult conditions. He accepted each shot as a challenge.”

At the Class 1A state tournament held at Prairie Vista Golf Course in Bloomington last weekend, North Shore Country Day School’s Raiders tied for eighth place with a 359. Inclement weather forced officials to reduce the tournament to an 18-hole event. Sophomore Eli Sherman paced the Raiders with a 12-over 84. Scores from seniors Ward Madigan (91) and Quinn Connolly (91) and junior Henry Echt (93) also counted for the Winnetka school on October 13.

Her two-round total of 147 (73-74) trailed state champion Lauren Beaudreau of Benet Academy by seven strokes. Tir, who took medalist honors at the Conant Sectional October 8, tied for sixth place at state as a freshman and tied for fourth place at state in her sophomore season.

“Penny,” he added, “is one of the best we’ve ever seen here at New Trier.”

“I’d never seen that at a league meet,” said Horner, who coached his 15th season at the school this fall.

Five of the six are freshmen, including medalist Amelia Morris, who shot a 76. Freshmen Carter Sichol and Siara Patel tied for runner-up honors with 77s, followed by sophomore Elsa Vieregg (78) and freshmen Peyton Sichol (82) and Courtney Schumacher (84).

His quick take on two of the JVers:

On Schumacher: “Great athlete. She also plays hockey and baseball.”

Seniors Maggie Samson and Isabella Roselli and sophomores Kate Thompson and Maggie Larkinn also hit the courses for the JV squad in the 2018 season.