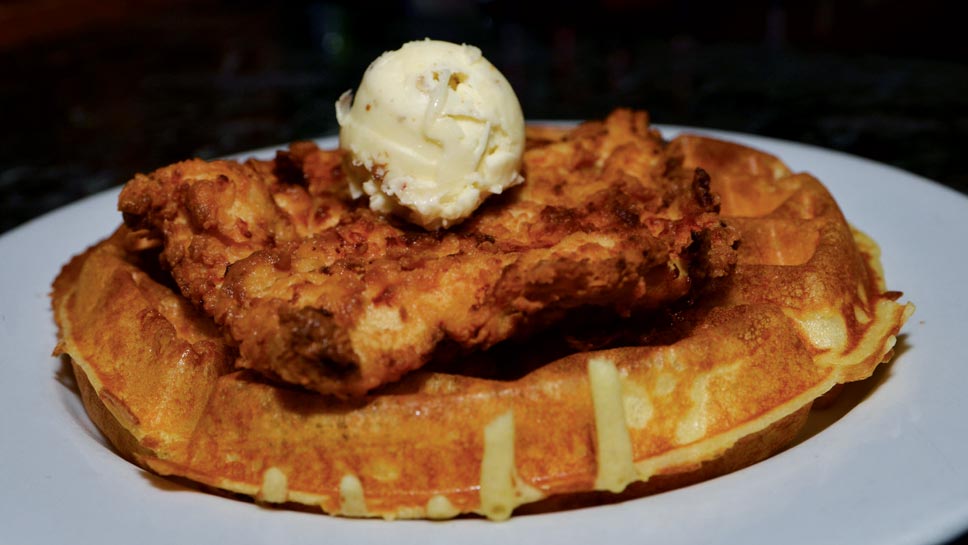 It’s transition time at Prairie Grass Café — or that window of change when late summer gives way to early fall and the season’s first bounty of pumpkins begins appearing in the Northbrook eatery’s bustling kitchen.

In the coming weeks, Prairie Grass Café’s co-executive chefs, Sarah Stegner and George Bumbaris, will incorporate a variety of autumnal, locally grown produce into their ever-changing menu, including an appetizer of grilled pumpkin wedges drizzled with honey butter and topped with goat cheese and micro-greens, as well as sweet pumpkin pie for dessert.

“I really enjoy seasonal cooking,” says Stegner, a two-time winner of the James Beard Award for excellence in cuisine. “It’s better for our bodies to eat what’s in season. Rotation is good for our health.”

After collaborating for years in the kitchen at Chicago’s Ritz-Carlton Hotel, Stegner and Bumbaris branched out on their own in 2008 with Prairie Grass Café. The pair spent the past 10 years perfecting Prairie Grass Café’s fresh, Midwestern-inspired, farm-to-table menu, sourcing as much produce as possible from local growers. Among the growers is Three Sisters Garden in Kankakee.

“If I’m going to serve pumpkin, I want it to taste like a pumpkin,” Stegner, a native of Evanston, says. “Three Sisters Garden grows a specific type of heirloom pumpkin just for us. It’s meatier, and the flavor is more intense than that of a standard pumpkin.”

“When I compose a dish, it’s all about terroir,” says Stegner, referring to environmental factors like soil, topography and climate that infuse a particular crop of fruit or vegetable with character. “I don’t create fusion dishes. I want to make sure the identity of an ingredient isn’t lost.”

“We feature a small wine list geared towards what matches my food,” Stegner says.

“A lot of people associate farm-to-table cooking with California, but the Midwest has an incredible range of produce, “ says Stegner, who lives in Wilmette with Nambiar and their teenaged daughter. “I’m not a purist, but what I highlight on my menu is reflective of the seasons and what’s at its best.”

Located on a busy, commercial section of Skokie Boulevard, Prairie Grass Café is a popular mid-day respite for local workers and a destination restaurant for gatherings of friends and family members from all corners of the North Shore.

“We sit at a crossroads,” Stegner says of Prairie Grass’s Northbrook location. “We’re a connecting point for people coming from Glencoe, Northfield, Winnetka, Highland Park and beyond.”

Serving lunch Monday through Friday and dinner seven days a week, Prairie Grass Café regularly serves as many as 300 diners during its Saturday and Sunday brunch service.

“It’s intense,” Stegner admits. “But when you’ve spent years working in the kitchen of a big hotel, you learn to manage it.”