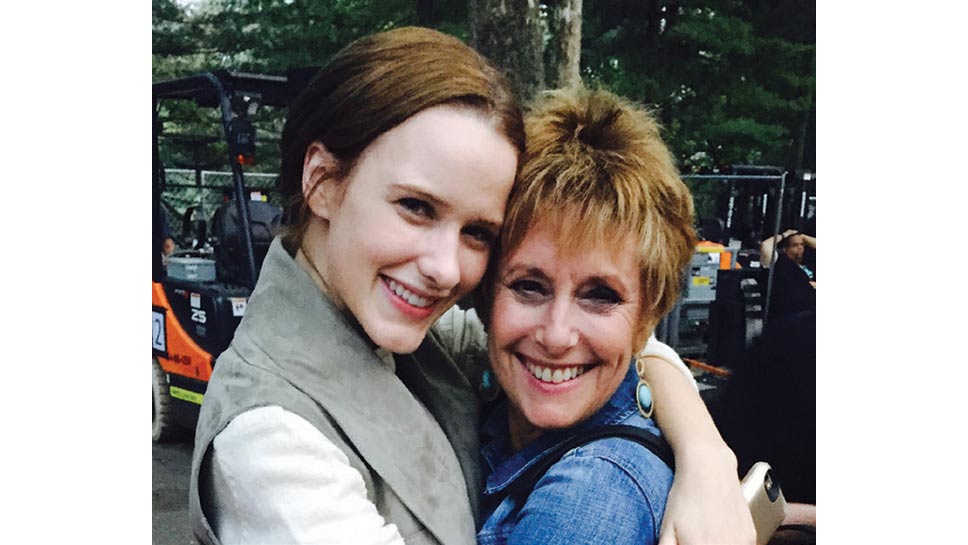 Fresh off her Emmy award win for Outstanding Lead Actress in a Comedy Series, Rachel Brosnahan, who portrays the aspiring, irreverent, and cheeky stand up comedienne Midge Maisel in Amazon’s hit series The Marvelous Mrs. Maisel, is coming to the North Shore. That’s right. The Highland Park native will be the headliner at the Highland Park Community House at 7 p.m. on October 19 to promote Wilmette-based Actors Training Center (ATC) and close friend and mentor Carole Dibo, who was instrumental in launching Brosnahan’s career.

“When we went into business together, she (Brosnahan) wasn’t really and actress, and I wasn’t really a manager,” laughs Dibo, founder and executive director of ATC. Brosnahan took her first acting class at age 16 with Dibo at ATC, and the two established a lasting bond—first as mentor-student, then as manager-actress, and now as colleagues and lifelong friends.

The upcoming event, titled “A Marvelous Evening with Mrs. Maisel,” promises to be  marvelous for all involved. Guests will have an opportunity to get up close and personal with the rising star to take a photo with Brosnahan on the step and repeat and hear from the actress and her mentor when they perform an intimate 25-minute question and answer on stage for attendees. There will also be live entertainment, from both current students of ATC as well as America’s Got Talent darlings Raii and Whitney (also students of ATC) who will perform a set of music, including their You Tube hit single sensation and upbeat dance music video “No Worries.”

“We’re aiming for an unplugged vibe that night,” says Dibo.

The event will also feature a signature drink called “The Midge” and a silent auction, which will include a poster signed by the entire cast of The Marvelous Mrs. Maisel, and a future 30-minute Skype coffee conversation with Brosnahan herself—a rare opportunity for anyone wanting to break into the business.

Established in 2007, ATC offers acting classes and workshops for kindergarteners through adults both on the North Shore and in Chicago. Other notable alumni have gone on to star in television, film, and theater, including Katie Chang and Zoe  Levin.

Dibo says they hope to raise $50,000 from the upcoming event. All proceeds from the fundraiser will go toward ATC’s new space in Wilmette, building the school scholarship fund and starting an outreach program for underserved populations.

Tickets to the event are going fast with maximum capacity of 200 people. Says Dibo: “We want people to feel good, because Rachel represents a celebration of possibilities.”

For more information and to purchase tickets (at $200 per person), visit actorstrainingcenter.org.