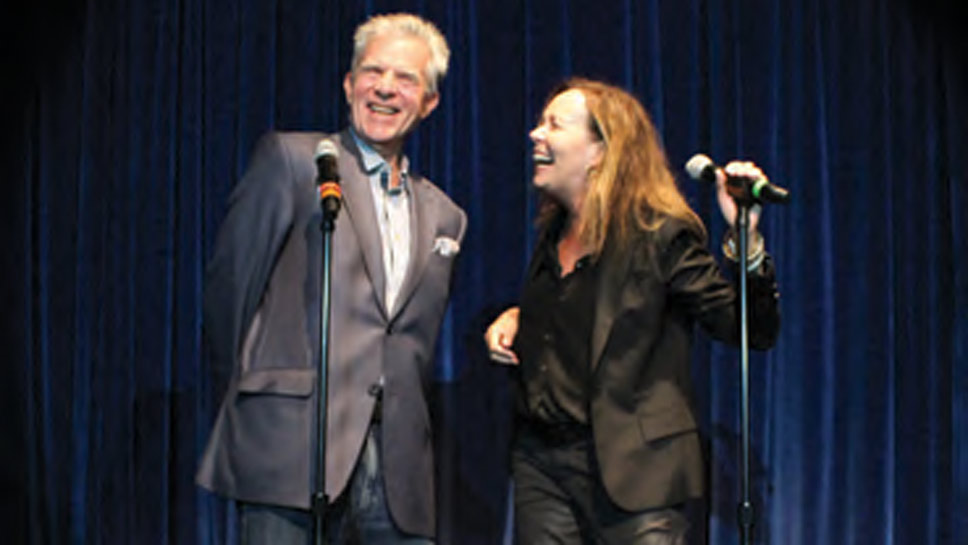 Lake Forest’s Gorton Community Center is hosting a night of jazz and comedy to support a good cause — preserving music programs in underserved schools.

On Thursday, October 18, comedians from the Chicago area will perform at Gorton’s John and Nancy Hughes Theater for Bravo Waukegan, a nonprofit based in Lake Forest. Waukegan High School students will provide the Jazz.

“I think it’s going to be a really fun night,” Bravo Waukegan Executive Director Karey Walker says. “We can get some great talent up here and you don’t have to drive to the city.”

Bravo Waukegan was founded in 2011 to save music education in Waukegan schools. The group provides instruments, scholarships and professional development programs for teachers. And more recently, they’ve added partnerships with Ravinia and the Northbrook Symphony Orchestra.

“We adopted the school district of Waukegan and their music program,” Walker said. “They were thinking of cutting. We stepped in and said, ‘No, you can’t. Let us help.’”

“It’s kind of a win-win-win,” says Young, who runs the Chicago Comedy All-Stars, a 17-member traveling stand-up comedy troupe. “The audience gets some laughs, we raise money for a worthy cause and we have fun, too.”

Young said the comedians each have a lot of experience. They’ve all opened for big names on big stages. But they’re doing the event to support Bravo because they feel the arts are important.

As a community theater person who holds a master’s degree in theater, Young said the arts were a vital part of his education. He got involved with Bravo through his church group, which believes schools need music programs.

Young stressed that the show will avoid profanity to keep it family-friendly. “Either you’re funny or you’re not,” he adds.

Walker says they want the event to raise awareness about Bravo’s efforts. The group has made a difference in local schools. She’s heard from kids who went on to study music and intend to be teachers.

“To have a well-rounded education, students need the arts,” she says.