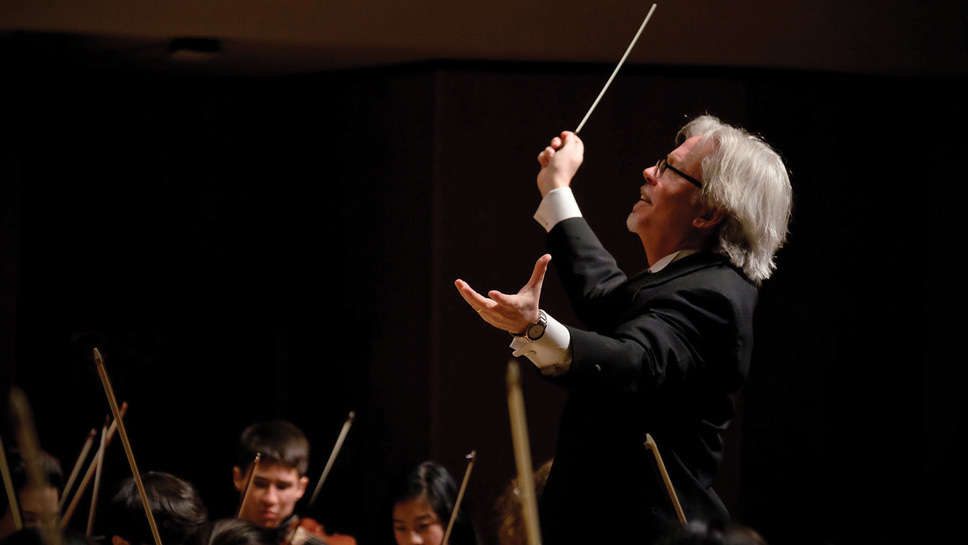 That gives the Strings two causes for a year-long celebration during its “Highland Park’s Got Talent” season, and it all starts with the first of three free concerts October 21 at Highland Park High School. The other two are set for December 2 and May 19. Each concert starts at 3 p.m.

Ravinia Festival’s Bennett-Gordon Hall serves as the host venue for the Strings’ annual benefit concert February 10, also beginning  at 3 p.m.; tickets are $40. It will feature works by Beethoven and a performance by piano soloist and Highland Park resident Jorge Federico Osorio.

Each of the free concerts also will showcase soloists from Highland Park. The musicians will play works by Tchaikovsky, Bach, Saint-Saens, Schumann, Shostakovich and Vivaldi.

“I have to pinch myself, to realize I’m playing a symphony written by Schumann 200 years ago,” Highland Park Strings General Manager Larry Block, a co-principal cellist, says. “It’s like a full-time job, but one that gives me great personal satisfaction.” 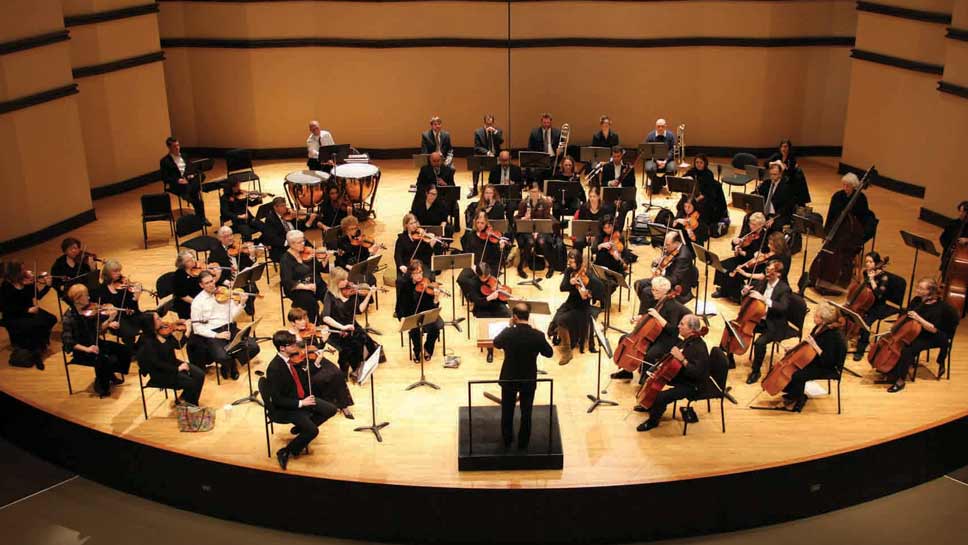 The Highland Park Strings marks the start of its 40th season later this month.

At the December concert, Block will perform Vivaldi’s Concerto for Two Cellos with Lucy Colman, who has been his stand partner for 40 years. Block is not just a cellist for Highland Park Strings; he also founded the group 40 years ago, when he was a lawyer and an amateur musician, and the ensemble had only 14 string players.

Since then, the Strings has brought in brass, woodwind and percussion performers. The basic orchestra now numbers 35; about a third of the volunteer musicians live in Highland Park. The majority of the full orchestra is paid. But Block insists the concerts will remain free to the public.

“When we first started 40 years ago, the group was basically talented amateurs. I was reluctant to charge,” he says. “We’ve stuck with the free, and that seems to have worked very well for us.

“Every seat is taken,” Block adds, “and it’s a joyous afternoon.”

“Somehow they always fill up the hall, and that in itself is kind of a rare thing,” she says. “The community is very cultured. There’s a great sense of community here.”

Merdinger and her husband moved to Highland Park from New York in 2003. They’ve raised their three kids in Highland Park, and Merdinger counts herself a very proud resident. She says performing with Highland Park Strings is a unique experience.

“What distinguishes it from other orchestras that I’ve performed with is, it’s sort of like a homecoming in a sense — a lot of my friends are up there on the stage with me,” she adds. “They’re playing at a very high level. It’s really musically gratifying, but it’s also spiritually gratifying when you have that sort of camaraderie with the orchestra.”

Merdinger will be performing Tchaikovsky’s Piano Concerto Number One in B-flat minor on October 21. It’s her second time playing with Highland Park Strings, which will deploy a special Steinway for the concert. The concerto is “really a great crowd-pleaser,” she adds, so it should be as much fun for the audience to hear as it is for her to play.

“Every concert is different,” says piano soloist Osorio, who will play Beethoven’s Piano Concerto Number Four at the benefit gala in February. “The experience is very personal — that’s what’s wonderful about live concerts.”

Osorio has lived in Highland Park for more than 18 years. He performed with Highland Park Strings once before, and he’s eager to do so again.

“I have many friends that play in the orchestra; it’s really for the joy of making music,” he says. “I’m delighted that they invited me to join them.”