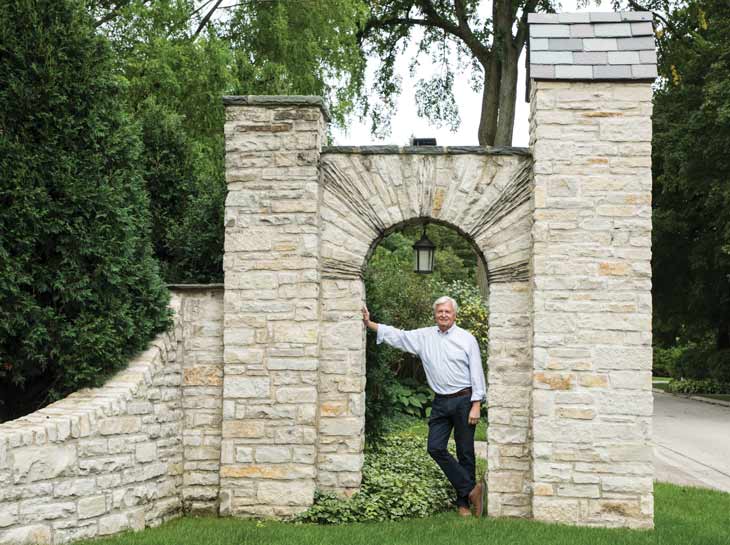 Jim Opsitnik of the Lake Forest Preservation Foundation by the Stanley Anderson designed gates at the corner of Deerpath and King Muir. PHOTOGRAPHY BY JOEL LERNER

When Lake Forest Preservation Foundation (LFPF) held its annual house and garden tour last year, the focus was on architect Howard Van Doren Shaw and his enduring impact on our city. This year, all eyes are on the work of one of Shaw’s most devoted protégées — Lake Forest-born Stanley D. Anderson.

Known for his Country Georgian style, Anderson’s impact on Lake Forest residential and commercial architecture will be celebrated with a Sunday, September 23 tour themed around Anderson’s work at the end of the “estate” era.

Educated at Lake Forest College and then the École des Beaux-Arts in France, Anderson began working for Shaw in 1918 before going on to establish his own firm in 1924, setting the stage for a new kind of design in our city. His vision was decidedly modern, giving his European infused “small” estate houses the latest technologies of the time.

Over the next 60 years, Stanley D. Anderson and Associates was responsible for more than 30 public and commercial buildings and nearly 200 fine residences — including Lake Forest High School, Lake Forest Hospital, Lake Forest Bank and Tempel Farms. 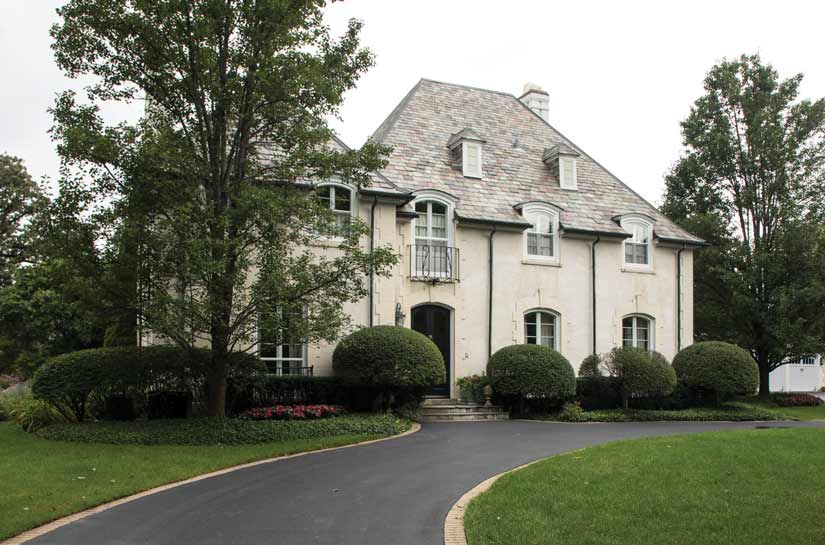 A Stanley Anderson-designed home at 349 King Muir that was built for developer Henry K. Turnbull. PHOTOGRAPHY BY JOEL LERNER

Homes designed by Anderson, as well as those designed by his associates during the initial development of the 1925 to1930-era Deerpath Hill Estates subdivision, will be featured on the walking tour, along with a bonus house — the Arthur Dixon III house off Green Bay Road.

Current LFPF President Jim Opsitnik moved into the home Anderson built for himself in 1984. He says it’s been an honor to be able to care for the architectural treasure. Paul Bergmann, archivist of the Stanley D. Anderson Archives and author of a yet-to-be released book about the architect, arranged a meeting with the Opsitniks and his father Bill Bergmann who was a partner of Anderson.

“Paul’s dad was the last surviving architect who worked with Stanley Anderson,” explains Opsitnik, who led the helm at LFPF during recent renovations of the Frost & Granger-designed train station at Market Square. “I can’t recall how we got connected with him but one weekend Paul’s dad came over with the original blueprints for our house. He told us stories about how Stanley  would entertain, and then retire to the cozy room.”

That tradition of entertaining continues into this century. Opsitnik’s home will be the setting for a garden reception that follows the tour.

“By Lake Forest standards, this is not a big house,” Opsitnik adds. “But it has worked for us and I enjoy driving up to it every day.”

While there is one east Lake Forest house on the tour, LFPF Executive Director Marcy Kerr says the focus of the tour is Deerpath Hill Estates Historic District.

Fans of Shaw will recognize the influences in this master planned community that Anderson worked on with Henry K. Turnbull. Utilizing the principles of the City Beautiful Movement and Shaw’s signature touches, individual houses reflect English Tudor, Colonial and French Eclectic styles. It was Lake Forest’s first such development and set the tone for those that would come.

The annual tour is the primary fundraising event for LFPF, with proceeds used to continue the educational, advocacy and preservation work of the foundation. It is a long-time favorite of native Lake Foresters and newcomers alike.

The Lake Forest Preservation Foundation Architecture Home and Garden tour will be held from 1 to 4 p.m. on Sunday, September 23, followed by an outdoor reception at Stanley D. Anderson’s former Lake Forest home. Ticket pickup on the day of the tour is from 12:30 to 1:30 p.m. at Gorton Community Center’s west entrance. For ticket prices and tour information, call 847-234-1230 or visit lfpf.org.