In Hebrew, selah is defined as the act of pausing, resting or reflecting. Put it together with the word “freedom” and it becomes even more powerful — particularly when it comes to helping young women recover from sexual abuse or trafficking. 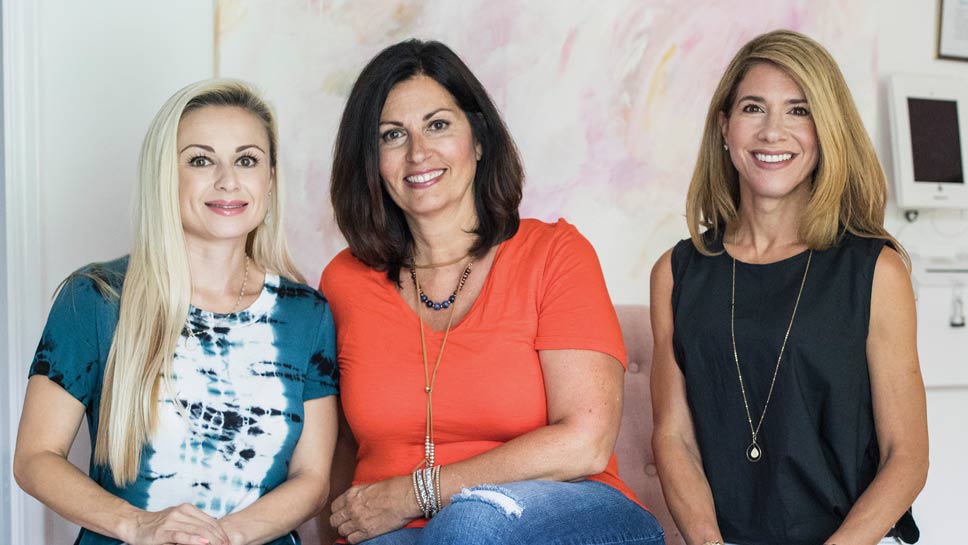 Selah Freedom is a national organization with ties that are close to home. With a group residence for five girls in the Winnetka area and another one set to open near the Wisconsin border, the nonprofit group has a mission to end sex trafficking and bring freedom to the exploited through four strong programs: Awareness, Prevention, Outreach and Residential.

Winnetka native Elizabeth Melendez Fisher, co-founder, president and CEO of Selah Freedom, says many of the victims served by the organization are runaways between the ages of 12 and 14.

“Within 48 hours of running away, 80 percent of little girls from any socioeconomic background and any zip code in America are approached by a predator/trafficker who literally knows what to say to coerce them,” she said. “They’re typically given a drug and are sold 15 to 40 times a day for seven years. It’s so sad and it’s happening right in front of everybody.”

In 2010, Fisher and fellow founders of Selah Freedom discovered that local children were being bought and sold for sex right here in our own communities. What began as the grassroots initiative of women from across the country to be a voice for the voiceless has quickly transformed into a thriving organization. Selah Freedom closely partners with law enforcement, legislators and influential leaders to not only shed light on the statistics, but to change the lives of these young victims.

For many of them, that means getting the chance to get off the streets and back to a normal, healthy life. In addition to providing a cozy, safe place to live, Selah Freedom created one of the first prostitution court diversion programs in the country to assist girls who are coming out with felonies.

“We want the girls to know that there’s an opportunity for them and they do not have to go back to this lifestyle,” said Fisher. “We’ve already served triple the number of young ladies at Cook County Jail than we thought possible.”

A felony conviction for young women who find themselves in this situation often means they can’t continue their education or even get a job. By collaborating with the States Attorney, U.S. Attorney, FBI, and the Cook County Sheriff, Selah Freedom creates programs that helps them get their records expunged.

Fisher has other points of pride with what she has created at Selah Freedom — beacons of hope for young women who have endured unimaginable suffering.

For one, all the girls at Selah Freedom’s group home in Winnetka are working on their education and will graduate with at least a GED, with about 75 percent staying on a career college path. For those who choose not to pursue college, Selah has career partnerships with Lou Malnati’s Pizzeria, Peet’s Coffee and Park Hyatt Chicago.

The outcomes are beyond inspiring.

As part of the research for this piece, we had the opportunity to correspond with a 19-year-old Selah Freedom client named Julie. Like many others, she grew up in a Midwest middle class family — hiding sexual abuse from a trusted person close to her before running away from home at age 13.

“What happened to me became my identity, as I felt trapped with no way out,” she said. “I was used to being treated abusively and I didn’t know any differently.”

While on the streets, she became further victimized by men who preyed on her vulnerability, creating a series of events that landed with her being incarcerated, which is where Selah Freedom came to her aid — offering her a place in a safe home and the opportunity for a second chance of life.

“This was the first place I felt like a human being. The program looks and feels like a home. Selah helped me identify the root of my trauma and eliminate any shame associated with it,” said Julie, explaining that she had been in and out of 15 rehabs, hospitals and residential homes before finding Selah Freedom. “The groups and activities helped me create new brain pathways. I grew up too fast and never really had the chance to get to know me.”

Today, with the help of Selah Freedom volunteers and mentors she calls her “angels,” Julie is currently working and going to school. Her future is brighter than ever, and she is grateful for all of those who have helped her find safety and solace.

One of those “angels,” Judy Urso of Arlington Heights, said she enjoys being on the “front lines” of making a difference in women’s lives. “I’ve been a mentor to the women just by offering hope, and I’ve learned so much from them,” she added.

Amy Ellis of Wilmette has also personally mentored Julie and watched her transformation.

“I love watching the girls overcome their past and bloom into strong, caring women under Selah’s counseling and support,” she said. “We exercise, play games or just talk about life. Since I have a family of all boys, it’s my weekly girl time, and I truly care about the girls that have entered the Chicago house.”

There are two ways to support the local and national work of Selah Freedom this month:

Tee It Up Against Sex Trafficking 2018 (golf tournament)

Sunday, September 16 from 1 to 4 p.m. at The Boat Docks at DuSable Harbor on the Chicago River, 111 Lake Shore Drive, in Chicago