Audiences won’t know what to expect when Colin Mochrie and Brad Sherwood bring their “Scared Scriptless” tour to the Genesee Theatre in Waukegan on Sept. 13. That’s OK. The stars best known as ensemble members on Whose Line Is It Anyway? don’t know what to expect either. There are no set routines, sketches or songs. Everything is improvised and created on the fly. 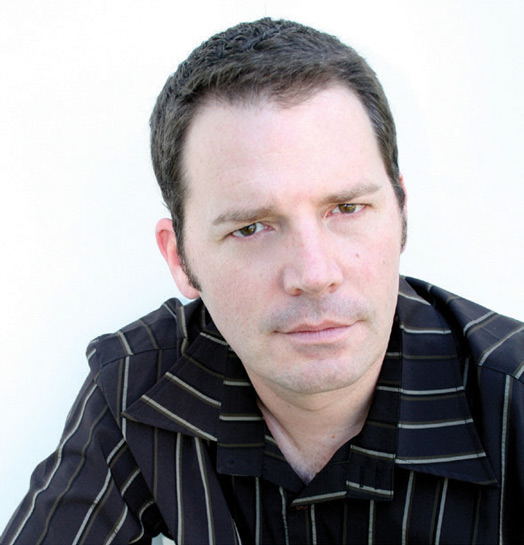 “We hand the power of the show to the audience,” Sherwood said in a recent telephone interview. “Our show is completely based on their suggestions. We bring lots of audience members onstage. It’s a lot more interactive than the TV show.”

There is only one reassurance.

“Our show is a political-free zone where you can get away from all that for a couple of hours,” assured Sherwood. “One of the glorious things about (Whose Line Is It Anyway?) is that it is so rooted in the fun and the silly and the goofy. Stand-up comedians are always talking about how stupid the world is and showing why people are dumb and we go on stage and just make you laugh by being ridiculous. Our political system has turned into the Hatfields and McCoys; it’s not worth it to me to make a barb (about one side or the other) and divide the crowd who has come out to see us.”

Sherwood and Mochrie met on “My Talk Show”, a production at The Second City Sherwood describes as a show-within-a-show in the tradition of The Larry Sanders Show. Six months later they were both in the ensemble of Whose Line Is It Anyway? They have been performing their two-man show for 15 years. Their dynamic, Sherwood said, is that Mochrie is of the “less is more” school and Sherwood is of the “more is not enough” school.

“We both have a very similar reference base of what makes us laugh,” he added. “We spend a lot of time onstage trying to make each other laugh or get each other in trouble. We get along in real life.”

Sherwood was born in Evanston and lived there and in Rogers Park until he was 10 and moved with his family to Santa Fe, New Mexico. But he fondly remembers snow days, grabbing onto car bumpers and “skitching” on icy streets (“I’ve never known anyone else who has heard of ‘skitching’ other than people in Chicago,” he said with a laugh), and deep-dish pizza. He gives Mi Pi a shout-out. “It was like eating a pizza-flavored cake,” he joked.

He grew up a comedy geek. “I was so into comedy,” he said. “I was an only child and latchkey kid; I lived in front of the television. When I was at my grandpa’s, I watched Hee Haw. I loved The Carol Burnett Show, The Honeymooners and The Andy Griffith Show. I got my timing from Art Carney, Tim Conway and Don Knotts and then refined it over the years when I fell in love with Monty Python.” He cites the subversively funny Mad magazine as another influence.

Everybody, he noted, engages in improv. “Every conversation (in life) is improvised,” he explained. “It’s not an unfamiliar brain process; it’s just that we have the task of making it funny. My personality was always generally trying to make people laugh. If you’re hanging out with your friends and trying to make them laugh, you’re doing improv.“

So when Sherwood was first exposed to an actual improv group—the Sam Glick Players, who performed at his college cafeteria—he was “blown away,” he said. “It was like a comedy show and a magic show at the same time. You were seeing the moment of creation; as it came out of the performer’s mouth, they were hearing it for the first time, too. I was hooked.”

He took classes with The Second City’s Los Angeles company and joined the touring company. He understudied for future Whose Line Is it Anyway? colleague Ryan Stiles in the main stage show. It was Stiles who encouraged him to audition for Line producers who were scouting for talent in the early ‘90s.

Sherwood performed standup comedy a couple of times in college, but “it was not my cup of tea,” he said. “That to me is more stress-inducing than doing improv, which is funny because most standups would say doing improv is the most stress-inducing. Some comedians like the control of having a framework to work within. I can’t stand that because if that’s not working you need plan b, plan c, d, e, f, g, h, i, j, k to go whichever direction the audience wants you to go until you locate their funny bone.”

He is a staunch proponent of improv’s rule-of-thumb, “yes, and…” by which improvisers build on their partner’s premise and carry it further. “I wish I could implement that more in my actual life,” Sherwood joked. “I would be less neurotic. As a creative tool, the minute you say no, you’re blocking the flow of thought. If I say, ‘Oh no, the monkeys are loose in the zoo and we’ve got to get there and all we have is a hot air balloon; should we go?’ and if Colin says, ‘No, I broke my foot; I just want to watch television,’ then the show is over.”

The sort of improv Sherwood and Mochrie perform is not the traditional people-places-thing variety. Those standard prompts tend to elicit the same responses from audiences. Instead, they are more apt to ask audiences for a letter of the alphabet and a noun that starts with that letter.

Though Sherwood and Mochrie have performed their show hundreds of times, it never gets old for them, he said. “You can’t rest on your laurels. We have to walk out there every time with our wits clean and sharp and ready to go. We don’t know what is going to happen. We want the audience’s unfiltered, spur of the moment suggestions. We know we can handle it, but we have no idea what the actual content for that evening is going to be. It’s like an MMA fight. You are in danger every single time so you have to treat (the process) with respect.”