When Mike and Robin Zafirovski of Lake Forest agreed to meet with their friend Bill Strong recently, they had no idea what he was going to tell them.

It made perfect sense to Strong. 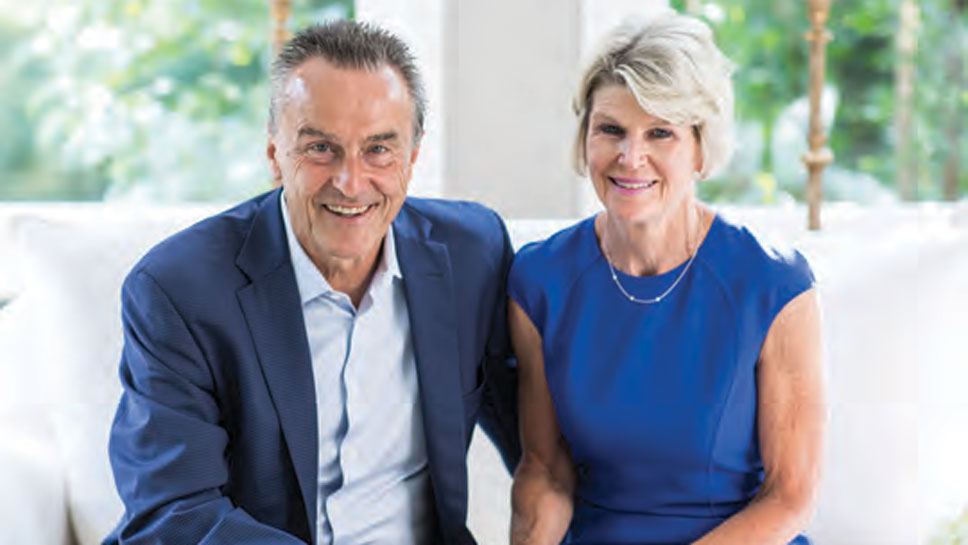 “We were both, frankly, very surprised,” Mike Zafirovski admitted. “We are humbled and honored.”

The Navy SEAL Foundation is a nonprofit based in Virginia Beach, Virginia, dedicated to helping the Naval Special Warfare community. Navy SEALs are deployed in more than 30 countries around the world, and the foundation takes care of their families if SEALs are harmed in the line of duty.

“SEALs have the values that Mike and I have,” Robin said, adding those values mirror the ones they’ve tried to instill in their three sons. “Protecting our rights and our freedoms is fundamental to the work that the Navy SEALs do.”

The Zafirovskis will receive the Patriot Award at the foundation’s seventh Midwest Evening of Tribute benefit in Chicago Sept. 6. The Zafirovskis attended the first six benefits.

The award is given to civilians who demonstrate the same qualities in private life that the SEALs emphasize in their work.

“Mike and Robin, to me, are role models,” said Strong, chairman and managing director of Longford Capital Management and the event chair for this year’s Evening of Tribute. “To come here effectively as an immigrant and achieve such success … I just admire him greatly. I think Mike and Robin personify the [spirit of the] Patriot Award.”

Mike is the founder and president of The Zaf Group and executive advisor at the private equity firm The Blackstone Group. Robin is a civic volunteer. They met when they worked at General Electric. Together, they’ve been supporting the Navy SEAL Foundation since 2013.

“We now have an appreciation for the rigor it takes to become a Navy SEAL, along with the training, the patriotism and the teamwork that the SEALs possess,” Mike said. “If you want to be inspired and motivated, it’s probably as good of a return on your investment as any.”

“Navy SEALs,” Robin added, “put themselves in harm’s way all the time — without batting an eyelash.”

Lake Forest resident Reeve Waud said Mike and Robin truly exemplify the traits the Patriot Award aims to recognize each year. Waud is the founder of the private equity firm Waud Capital Partners, and he chaired the foundation’s Evening of Tribute twice.

“The organization strives to recognize those who have made an extraordinary commitment in time and effort,” Waud said. “Mike is a very talented philanthropist and exceptionally talented at raising money. He’s a really good guy.”

The Zafirovskis’ dedication goes beyond benefit dinners. Mike and two of his sons attended a Navy SEALs training camp two years ago. For four days, they tackled obstacle courses and other challenges.

“Those four days,” Mike said, “were the most inspiring, exhausting and eye-opening ones we’ve ever experienced,” Mike said.

The Navy SEAL Foundation shares many of the traits that Zafirovski has found important in business. He says Navy SEALs’ commitment to people and to meritocracy parallels the values that brought him to America.

Zafirovski emigrated from Macedonia, then a Communist country, when he was 16 years old. He worked at General Electric, Motorola and Nortel Networks before founding The Zaf Group.

“This is what America’s about — he’s living the American Dream, something he earned, and now he and Robin are giving giving back,” Waud said.

For more information about the event, please visit navysealfoundation.org/chicago.