A female freshman at Yale University meets a cute guy outside of her dorm. It’s the first week of school. They talk.

“Where are you from?” the guy asks the girl.

The girl asks the guy the same question and then hears, “I’m from Iowa. Do you know where that is?”

The confident New Yorker blurts, “Of course I do — it’s right next to Pennsylvania.”

The instructive Iowan reaches for a stick and outlines a crude map of the United States in a nearby patch of dirt. He points out that his home state is well west of Pennsylvania.

Diana Rauner, storyteller of the true story, laughs. The first lady of Illinois loves the story and had just told it to her audience of one at a table near a window at Café Buongiorno in Winnetka, the lifelong Democrat’s hometown when she and her Republican husband, Gov. Bruce Rauner, aren’t residing in the Illinois Executive Mansion in Springfield.

None other than Diana Rauner when she was Diana Mendley, future college national fencing champion, future recipient of an MBA (Stanford University), future earner of a Ph.D. (development psychology, University of Chicago).

“I grew up in New York, but I was really a provincial girl,” Rauner — still laughing, still in selfdeprecating mode — recalls, the arrival of her arugula omelette with Asiago cheese (to go with her hot tea) minutes away. “When I left for college I’d barely been west of the Hudson River.”

The Land of Lincoln isn’t the only state on Diana Rauner’s mind these days; the state of children’s early learning in America — particularly those born into poverty — is, too. Rauner, 57, has been president of Chicago-based Ounce of Prevention Fund for eight years and typically works 60 hours per week for the public-private partnership that inspires minds and changes lives. The fund’s mission: Give children in poverty the best chance for success in school and in life by advocating for, and providing, the highest quality care and education from birth to age five.

“The most rapid period of brain development is between those ages,” Rauner says. “Want a fun fact? A baby’s brain forms a million synapses per second. A million … per second. Think about that. Those early childhood experiences are crucial. Not too long ago our organization set a goal, a big one, one that might seem daunting, but we’re going for it.. By 2023, we want a quarter of the children in the U.S. who were born into poverty [ages five and younger] to have access to high-quality care and education. That’s a big number — 1.3 million children.

“It’s a privilege and a pleasure for me,” the mother of six and the grandmother of one adds, “to work alongside talented, passionate colleagues on an issue of such great importance to our nation.”

Want to learn more fun stuff about Diana Rauner? She gardens at home and takes piano lessons to relax, the lessons held at Music Institute of Chicago in Winnetka. She does not eat as much ice cream (a pint a day) as her madabout- chocolate- chipf lavor husband does. On her application to Stanford, she wrote, “I want to run a nonprofit someday. ” During her high school years she played doubles on Westchester County public tennis courts with her father, Mark, and other men on weekends.

“My dad [who turns 90 in October] and my mom, Laura [86], are role models for life,” Rauner says. “They inspired me, when I was in my 20s, to get out there and start volunteering. They still volunteer. They just got back from a trip to Niagara Falls. My parents, married for 64 years, are curious about things, and they still get excited about learning. Isn’t that great?”

A life trustee of both Kohl Children’s Museum in Glenview and National Louis University, Rauner, a Winnetkan since 1996, has been first lady of Illinois since 2015. This past spring Gov. Rauner won the Republican primary ahead of the 2018 Illinois gubernatorial election on Nov. 6.

“Every time I get my head spun around,” Diana says, “Bruce says to me, ‘Imagine how lucky we are: we get to spend 99 percent of our time worrying about other people’s problems. He has this tremendous sense of responsibility, running to problems, not away from them. He’s always told our kids, ‘You need to make this world a better place.’ He loves people, and he’s curious about people. He’s a problem-solver, smart, hardworking, decisive, a visionary.

“His vision for our state, from the get-go,” she adds, “has been to improve its education.”

Bruce Rauner married a quick learner. Diana Mendley had never worn a fencing mask or held a foil or an epee or a sabre when the Yale women’s fencing coach spotted her on campus and persuaded the freshman from New York to give the competitive discipline a try. The coach taught Diana fencing footwork first. Her tennis footwork, no doubt, came in handy. Successful fencers, she would observe, are coolheaded and aggressive at the same time. On point, on point.

Diana, the athlete, was both.

She helped Yale’s Bulldogs capture a national fencing championship in her junior season and became a team captain and All- American in her senior season.

Ask Diana Rauner about her parents’ footwork — in an entirely different arena — and then watch her melt.

“Friends of mine told me they saw my mom and dad dancing, swing dancing, on inauguration night,” a beaming Rauner recalls. “My friends thought it was the greatest thing, the sweetest thing.” 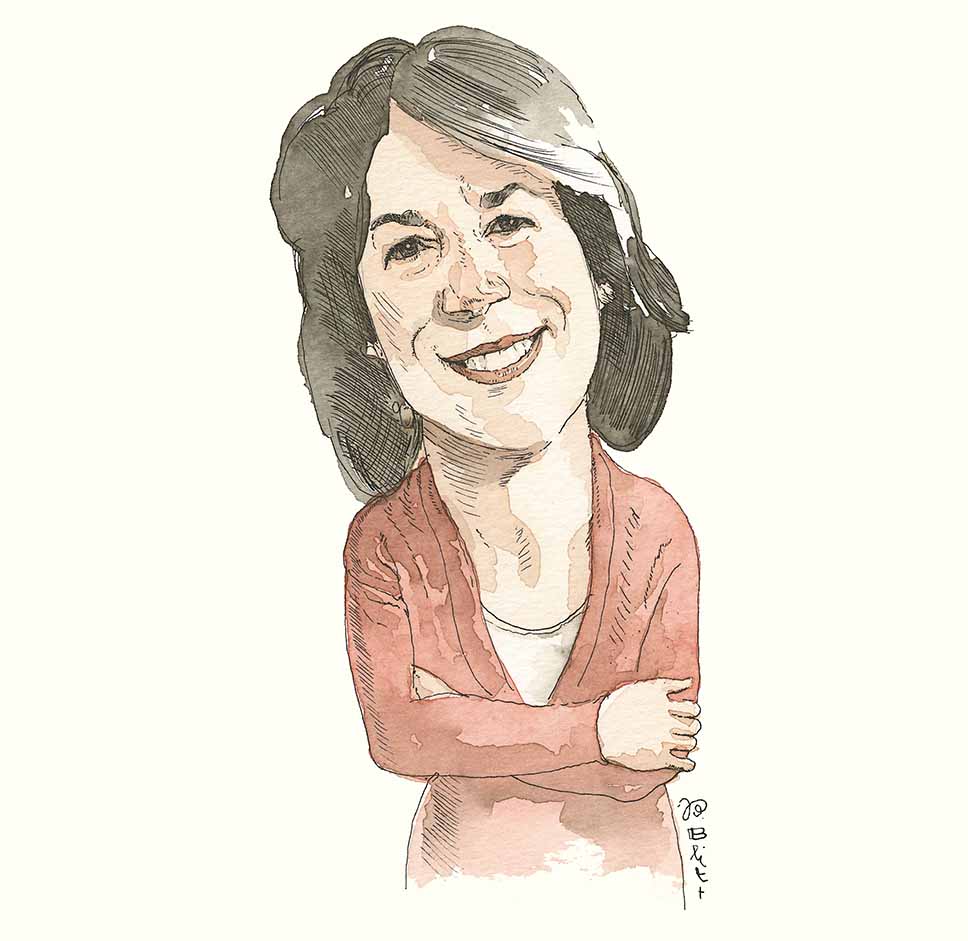