Dominic Zumpano and Cecilia Lanyon are no strangers to collaboration. 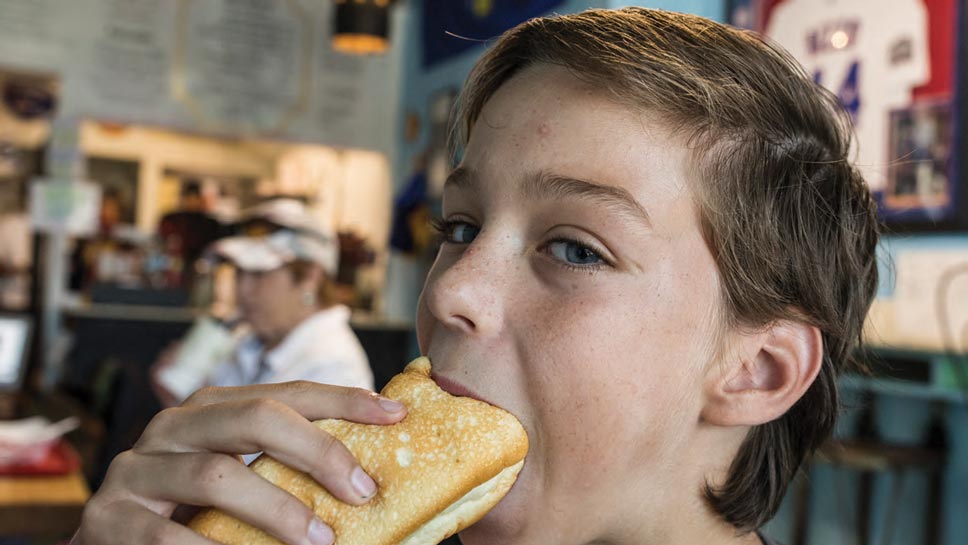 In fact, their Lake Forest art gallery and restaurant, The Gallery, couldn’t exist without their particular brand of teamwork. Zumpano is a chef, Lanyon an artist. They brought their passions together a little more than a year ago to create a BYOB art gallery that serves gourmet dinners inspired by an exhibit of paintings. Lanyon chooses an artist to showcase, and Zumpano creates a menu based on the themes in the art and conversations with the artist.

The current exhibition at The Gallery is a series of paintings by Lake Forest native Anne Marie Boardman. The art is inspired by Boardman’s world travels, particularly her trips to Jamaica, Morocco, Greece and France. Zumpano designed a Caribbean-Latin menu to reflect the paintings’ vibrant colors, with light French and Asian influences. It’s eclectic, but it works in dishes like the crispy pork belly and watermelon salad, with arugula, mint and lime.

Zumpano loves the culinary freedom that comes with a rotating menu.

“I’ve been a chef for more than 20 years,” he said. “I’ve done everything from Italian to American, to Mexican and steakhouse. The Gallery lets me bring everything I’ve learned together. I have no limits.”

While The Gallery has been quite successful, Zumpano and Lanyon are now proving their versatility in their new partnership with Left Bank, a beloved Lake Forest hot dog stand.

As hot dog stands go, Left Bank has an impressive history. It’s been around since 1966, when the Pasquesi family started off with a cart at Lake Forest Beach, selling hot dogs, popcorn and popsicles. Soon after, it opened a brick and mortar location in downtown Lake Forest on Bank Lane. After 50 years of Pasquesi ownership, Randy Earls bought Left Bank in 2015.

Earls soon realized that he didn’t have the time that the place deserved, which is when Zumpano and Lanyon entered the picture. They went to work immediately, expanding the menu and giving the storefront a facelift, but Zumpano is clear that he doesn’t want to completely overhaul the restaurant. 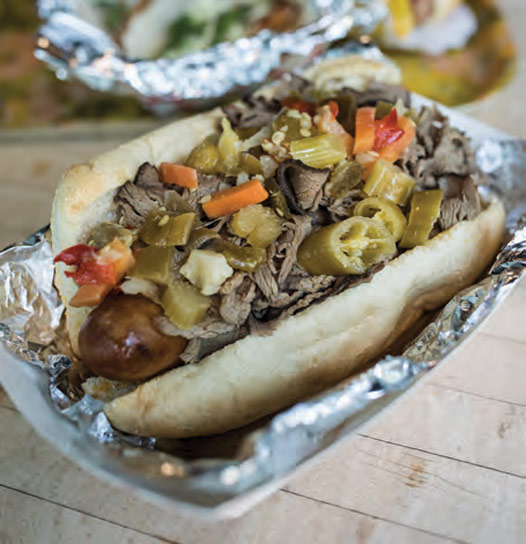 The Combo, with homemade Italian sausage and beef.

“For a long time,” Zumpano said, “Left Bank was just hot dogs and Sloppy Joes. It’s covered in memorabilia, [and] kids that grow up in Lake Forest have fond memories of this place. We wanted to keep that nostalgia and those feelings. We also wanted to give people some options.”

Zumpano has brought new life into the offerings with food that’s still quick and easy but also creative and interesting: sandwiches, salads and immensely popular street tacos—the two biggest sellers are a mahi-mahi taco with avocado and cilantro lime crema, and a Korean beef taco. With all the new dishes, he’s quick to reassure Left Bank regulars that the old recipes haven’t disappeared. They are all still on the menu in their original forms. Even Zumpano doesn’t dare change those things that have stood the test of time.

Since The Gallery is fairly upscale, Zumpano is finding that he loves having a more low-key day job. 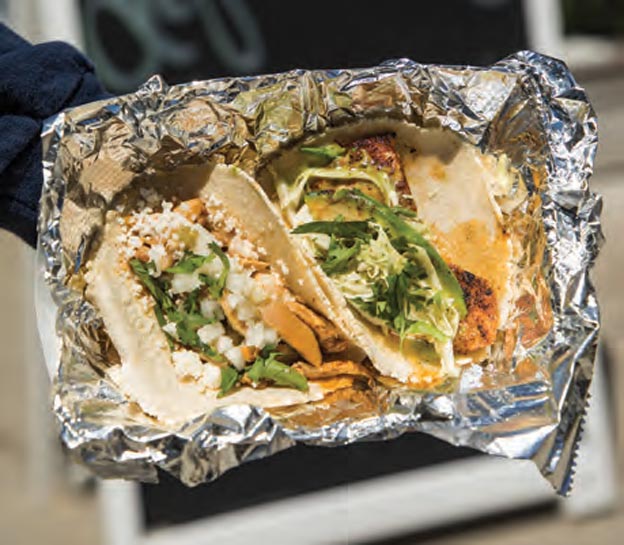 “Being able to sling hot dogs in the daytime is a great opportunity to be able to interact with customers, one that I don’t usually get,” he said, laughing.

The connection between owners and customers has been one of the hallmarks of Left Bank, with staff knowing its regulars and regulars knowing each other. It has always been a place to have conversations and unwind over no-frills food, and the new ownership will simply usher in a new batch of friendships.

Perhaps it’s fitting that these particular owners are bringing The Left Bank into a new era. After all, this isn’t Zumpano’s first shot at a hot dog stand. His first job, at age 14?

“It’s all coming full circle for me,” he said. “Cecilia and I are so excited to be a part of this Lake Forest tradition.”