Dr. Nejd Alsikafi, a Lake Bluff resident and urologist with UroPartners, has kicked his Take Our Daughters and Sons to Work Day up a notch—and out of the country. Two of Alsikafi’s five children have accompanied him to refugee camps in Lebanon, where the father volunteers his services inplaces where his expertise is desperately needed.

“They’ve told me what a cool experience it is to see how our dad helps people,” says 16-year-old Salma, already looking forward to joining her father for a trip to Lebanon next spring.

“I am a strong proponent of giving back,” Alsikafi, 46, says. “The skill sets I have are very helpful.”

He traveled with International Volunteers Urology (IVUmed.org), an organization that “provides world-class medical and surgical training to physicians and nurses in low-resource areas of the world,” according to its website.

It was a revelatory experience, Alsikafi notes.

“The reality [in Haiti] was, they had heard there was a urologist coming, and one man walked for three days,” he says. “We couldn’t operate on him because he got an infected foot [from the trip].”

Alsikafi made a pact with himself to continue his volunteer work abroad—before “life intruded,” he recalls. He started his own practice, got married and had children. But three years ago, he decided he could take some time off. An anesthesiologist at his hospital had worked with the Syrian American Medical Association, a global medical relief organization.

“He knew the process,” Alsikafi says, “so I thought, ‘Why not jump in with him?’”

He went to Lebanon.

“It’s a great place to go on a first mission to the Middle East,” he says. “Beirut is a very beautiful, cosmopolitan city, and to get to where the refugees are takes only an hour. Along the Syrian-Lebanese border, there were physicians and lots of patients. The big takeaway is, we’re all neighbors. I love taking my kids there, taking them out of their environment and showing them a part of the world no one really sees.” (His wife, Fauzia, a dentist, supports the trips).

Alia, a psychology major and pre-med student in her junior year at the University of Illinois- Champaign, was the first of Alsikafi’s children to accompany her father to Lebanon. She went the summer before her first year in college.

“I knew that was going to be a big adjustment for my parents,” she says with a laugh. “I had never gone on a trip, just the two of us. It was great bonding time.”

While she wasn’t scared about traveling to the volatile region (“The organization had everything planned,” Alia says), she didn’t know what to expect.

“I was most nervous about the language barrier. We’re partly Iraqi and have relatives who speak [the language], but we’re not fluent. When we arrived, there were other doctors from America, and they brought their children, as well. I was able to make my own friends and share these experiences with other American kids.”

Her biggest takeaway, she says, was that the downtrodden appearances of the refugees were deceiving. Interacting with them, she realized they were educated, had held jobs and had stable family lives.

“But because of the war, they lost everything,” Alia says. “The little kids had seen bombs and horrible injuries, but they were still able to smile and laugh at simple things.”

The experience also gave her a better appreciation for her father’s work.

“I was able to witness the ability all of these doctors have, and seeing my dad as one of them was really cool,” Alia says. “One man with a shrapnel injury had a pelvic fracture and could not walk. My father had to reconstruct his urethra before the man could get the surgery to be able to walk again. The doctors there have little resources—resources they need to perform these complex surgeries.

“My dad loves finding ways to do that. It was awesome.”

Yusef, who will be a freshman business major at Indiana University this fall, heard his sister’s impactful Take Our Daughters and Sons to Work Day observations in the Middle East and determined a similar trip would be “too big of an experience to pass up”—though, at the time he was scheduled to go last year, he was in the midst of AP testing and his tennis season.

“It was a blast,” Yusef, a four-year varsity netter at Lake Forest High School, recalls. “I was nervous and not sure what to expect. My experience was different than Alia’s. In the camps I visited, there were no schools. The camps were terrible places, and there was nothing that would enable the refugees to leave. There were tons of huts—clay walls with tarps on them that [housed] five or six in each one. It puts things in perspective and makes you feel privileged for what I have here in America.”

For Dr. Alsikafi, a volunteer mission is a gift that keeps on giving beyond the quality time spent with his children and the friendships he forged with his Beirut colleagues.

“Something a friend of mine who went with me once said still resonates with me,” he says. “They give us more than we can ever give them.” 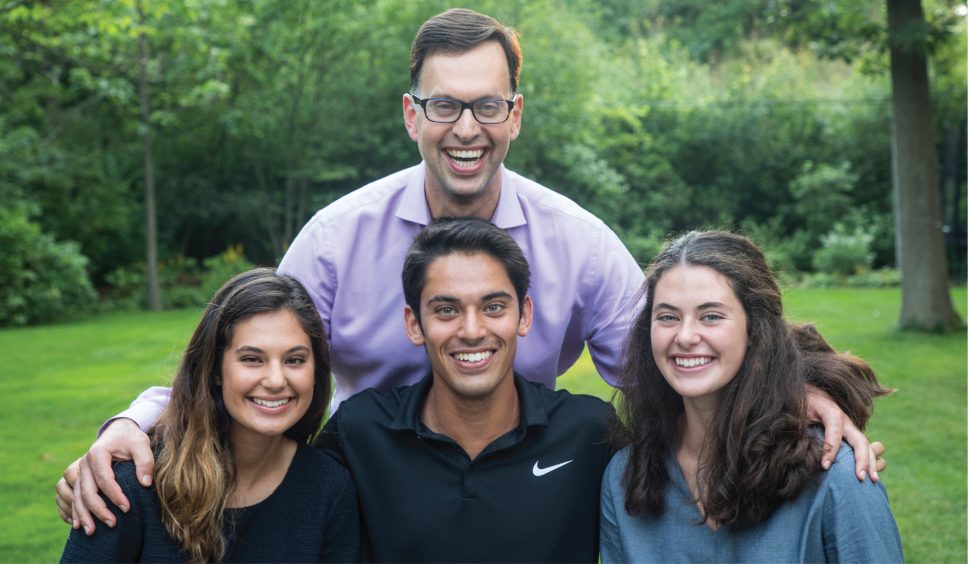 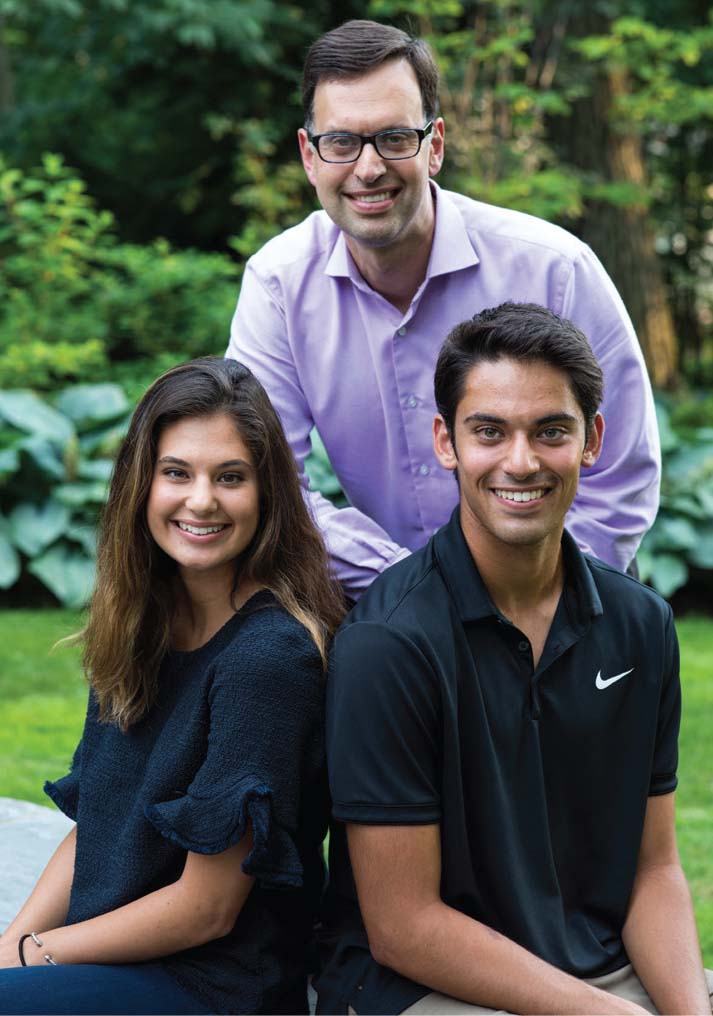 Dr. Nejd Alsikafi, a Lake Bluff urologist, with two of his children — Alia, 20, and Yusef, 18. PHOTOGRAPHY BY JOEL LERNER