A video on Joey Rosin’s phone opens with the start of a recital rehearsal at the front of a classroom. Bravo Waukegan music teacher and recent Lake Forest High School graduate Megan Szostak stands a few feet from her charge, a Lake County elementary student in the Bravo Buddies summer program.

Each holds a violin and a bow.

The teacher is attentive, positive; the student seems nervous. 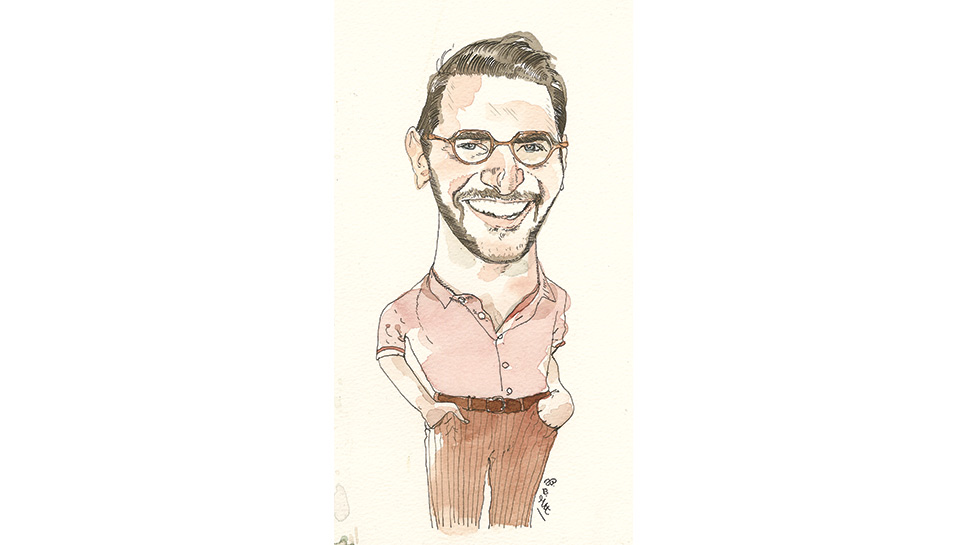 As the student produces graceful music and Szostak listens, the videographer pans slowly to the audience members in the classroom. All seven or eight of them — bunched tightly, some of their heads abutting others, some of their legs bent awkwardly every which way — sit on three chairs, dead silent. Rapt music lovers, right?

Then again, most stuffed animals know no other expression.

Rosin, the lead teacher of the Bravo Buddies program, guffaws above his egg-white omelet with tomatoes and broccoli at Georgie V’s Pancake House in Northbrook. The video on his phone ends.

He looks at his breakfast mate.

“Megan,” he explains to me, “had asked the student to bring as many stuffed animals from home as she could for the rehearsal that day. The goal was to help that student overcome stage fright. How great was that! How innovative was that! Right after I watched that video for the first time, I sent Megan a message. I wrote, ‘Yes, Megan!’ ”

Rosin hires and coaches the Bravo Buddies teachers for Lake Forest-based Bravo Waukegan, which fosters academic, artistic and personal growth for Waukegan public school students through music; provides the highest quality resources to children who want to play music and to faculty who want to teach it; and builds a stronger Waukegan community to empower students, using music as a connector and a common language. Growth. Opportunity. Community.

An education in music improves a student’s academic record; research says so. Hit the right notes in a lesson and at a recital, bring home the high grades.

“I take notes, lots of notes, when I observe our teachers, because I want to give our teachers as much feedback as possible,” says Rosin, who also has taught private and group lessons at Sistema Ravinia Waukegan and served as a counselor with Chicago Jazz Philharmonic. “It’s about the music at Bravo Waukegan, always has been in my mind, and that’s why I started to push for upgrading our teaching staff several years ago, to do all we could to welcome the best teachers, men and women who would become selfless mentors to their students. To deliver amazing lessons, we need amazing teachers, teachers with experience and passion, teachers who care.

“The key teacher trait?” he adds. “I’m still trying to figure that out, but it’s at least a combination of passion, knowledge and service.”

Rosin, somehow, taught young saxophonists, clarinetists and flutists on the same day, in the same classroom. At. The. Same. Time. Three instruments, more than a handful of students, one instructor. Those circus plate spinners? They have nothing — nothing — on Rosin, tireless music teacher.

“That day felt like I was in a kitchen, running around constantly while making multicourse dinners for 20 guests,” Rosin, who loves to cook, recalls.

His first taste of the saxophone came in the fourth grade, or roughly a year after he played “the living daylights out” of his school-issued recorder. Teachers in his school’s music department introduced instruments to the students one day. The sound of the sax struck a chord with a nine-year-old Rosin.

“I had made a decision that day in school — the saxophone, yes, the saxophone; I wanted to play the saxophone and nothing else,” Rosin says. “I remember everything about that day. Got in the car, after school, with my mom [Donna], and she took me to a CD store in Highland Park. My first saxophone CD was The Very Best of John Coltrane. Purple cover. The first track on that album is ‘Giant Steps’. The second I heard that track in the car, maybe four notes in, bang … my big bang. I became enamored with that kind of music, instantly. Have you heard it? Want to listen to it?”

Rosin reaches for his phone again and thumb-thumbs away again. In no time, the vigorous notes of the “Giant Steps” track drown out nearby patrons’ conversations and the clatter of utensils hitting plates at Georgie V’s Pancake House. A smiling, enamored Rosin is a fourth-grader in the back seat of the family car, mom at the wheel, all over again.

In addition to his Bravo Waukegan post, Rosin teaches music lessons to students in their homes, performs with friends in bands — sometimes for fun, sometimes at jazz clubs — and gets hired, occasionally, to play his saxophone alongside other artists on concert tours. Rosin will join Subhi, a Hindi pop jazz singer/songwriter based in Chicago, for a combined four gigs in New York/Baltimore/Washington, D.C. later this month.

“I see myself teaching music, in some capacity, for years and years, or playing professionally or doing both,” Rosin says, adding nothing would thrill him more than to earn a Master in Music Performance at a school in New York. “I want to develop my artistry.

“Bravo Waukegan,” he adds, “has done wonders for me in the fields of music and teaching. I started out as a mediocre teacher, but I remember how excited I was to teach something I’d been so passionate about for years. It was cool. Cool to feel like I was an expert in a classroom. Bravo Waukegan will always be like a child to me, my child, my precious baby.”