Eggs go quite well with entrepreneurship.

Chabad of Northbook’s Jewish Business Group discovered that healthy mix via its monthly breakfast meetings. The group invites members to congregate, eat and share their successes and failures in the business world. Open to men and women, regardless of religious affiliation, the popular gatherings have a loyal following of about 80 participants, with as many as 90 percent of the attendees returning each month. 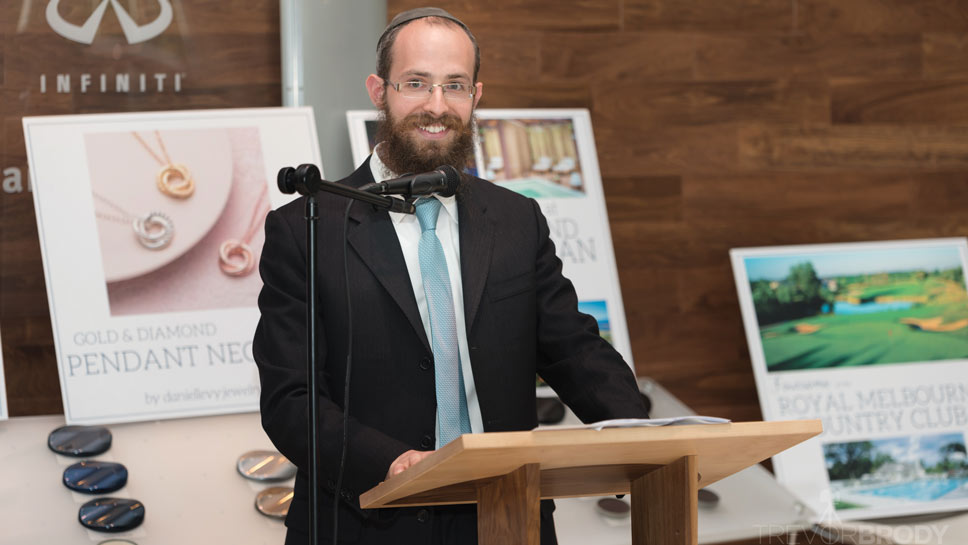 The get-together near stables of cars exceeded all expectations, pulling in a record 180 attendees and raising more than $16,000 for two of Chabad of Northbrook’s causes: the Teen Leadership Initiative and Smile on Seniors.

“We had an amazing planning committee,” Greenspan said. “People were talking about it with their friends and colleagues. It became a gathering of who’s who in Northbrook, with key people there, 60 percent of whom I had never met before.”

Through corporate sponsors, donations, a live auction and raffle, the event raised money for Teen Leadership Initiative, an organization that engages teens in charitable and humanitarian projects, as well as Smile on Seniors, a program whereby rabbis from Chabad and volunteers from the community distribute gift packages and provide activities and music for residents in senior homes.

“The opportunity to network with like-minded entrepreneurs and businesspeople while supporting meaningful causes drew a large crowd,” said Rabbi Meir Moscowitz, senior rabbi at Chabad of Northbrook. “This fits with Chabad’s philosophy of providing opportunities to add meaning and spirit in education, community and work.”

Chabad-Lubavitch—a major movement within mainstream Jewish tradition—is focused on outreach, with a mission to care for the spiritual and material needs of all Jews, wherever they reside. Chabad of Northbrook hosts classes, lectures, workshops, religious services, Shabbat meals and special occasions throughout the year.

Rabbi Greenspan plans to relaunch Chabad’s Jewish Business Group monthly breakfast meetings at the end of the summer, and he hopes to build on the success of its Fields Auto Group mega-networking event with more programs in the future.

“We had lots of positive feedback from attendees,” Rabbi Greenspan said. “But the phrase I heard the most during the course of the evening was, ‘When’s your next one?’”