Holocaust survivors resorted to a clever ploy when their hunger pangs reached an agonizing level.

The Auschwitz prisoners in the 1940s wrote recipes from home on cigarette papers. 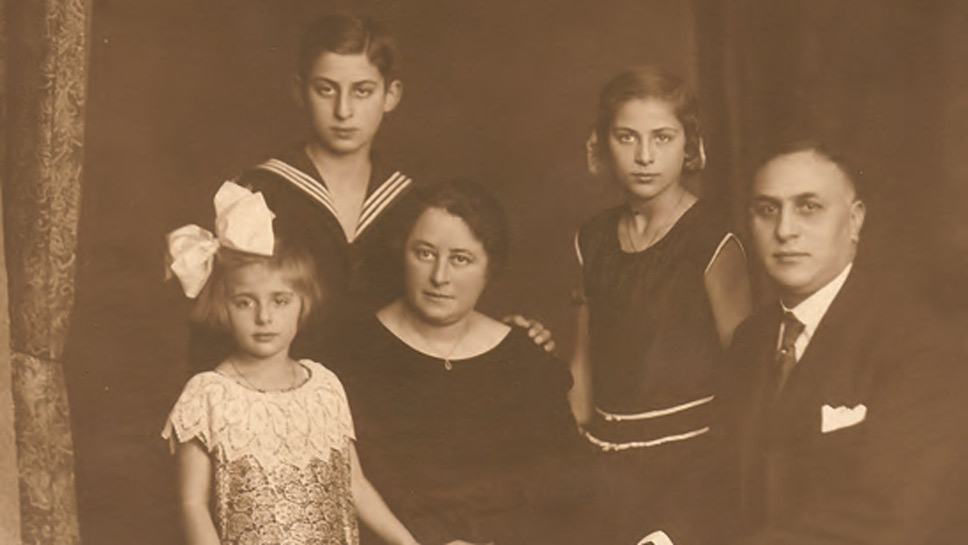 “The idea was that writing down a recipe helps you fool yourself into feeling full,” said Arielle Weininger, chief curator of collections and exhibitions at Illinois Holocaust Museum & Education Center (IHM&EC) in Skokie.

These recipes, along with nearly 60 other objects, are currently on display at the “Stories of Survival: Object. Image. Memory.,” exhibit at the IHM&EC.

Weininger said another series of recipes is also on display. Irma Schwarz immigrated to the U.S. after Kristallnacht, aka the “Night of Broken Glass,” in November 1938. She brought her German recipe book with her to Milwaukee, but she never used those recipes again.

The exhibit—which opened July 19 and runs through January 13, 2019—features artifacts brought  to America from survivors of the Holocaust, genocides and conflicts in Armenia, Bosnia, Cambodia, Iraq, Rwanda, South Sudan and Syria. Each artifact is dramatically showcased alongside oversized photographs by renowned documentarian Jim Lommasson with handwritten responses by survivors or their family members.

Though the vast majority of objects are connected to the Holocaust, there are two to four pieces connected to each of the groups mentioned above. The exhibition highlights the commonalities with groups along the North Shore and throughout the Chicago area that have been affected by genocide or conflict.

“People get displaced, and they end up in the diaspora,” Weininger said. “Whether it was Kristallnacht or the invasion of Iraq, at night things change and you’ve got to go. You look around and make decisions on what you’re leaving and what you’re taking with you.”

Weininger explained that the museum first worked with photographer Lommasson on a 2016 exhibition entitled, “What We Carried: Stories by Iraqi Refugees.”

“Within our exhibitions and in our programming, we look at the history of the Holocaust, but we also look at the lessons from the Holocaust, and that broadens our mission to look at other genocides, other human rights atrocities and violations,” Weininger said.

Weininger added that two objects in the exhibition were buried shortly before the families fled. A teddy bear was buried in a back yard before a family was taken to Theresienstadt, a “camp-ghetto” for Czech Jews, and a ceremonial urn was buried under the home of a Cambodian genocide survivor. Both items were later exhumed.

“These are the same actions that were taken by different people during different time periods,” she added. 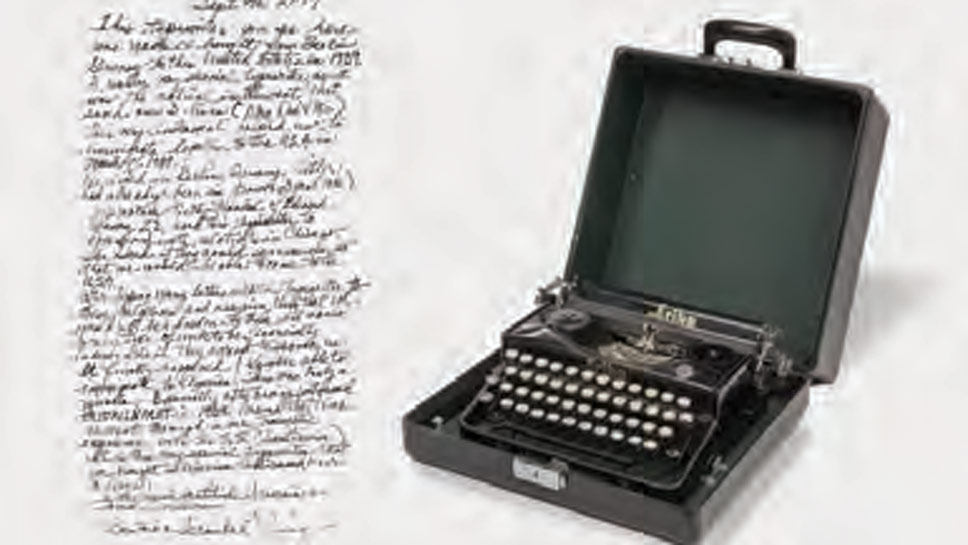 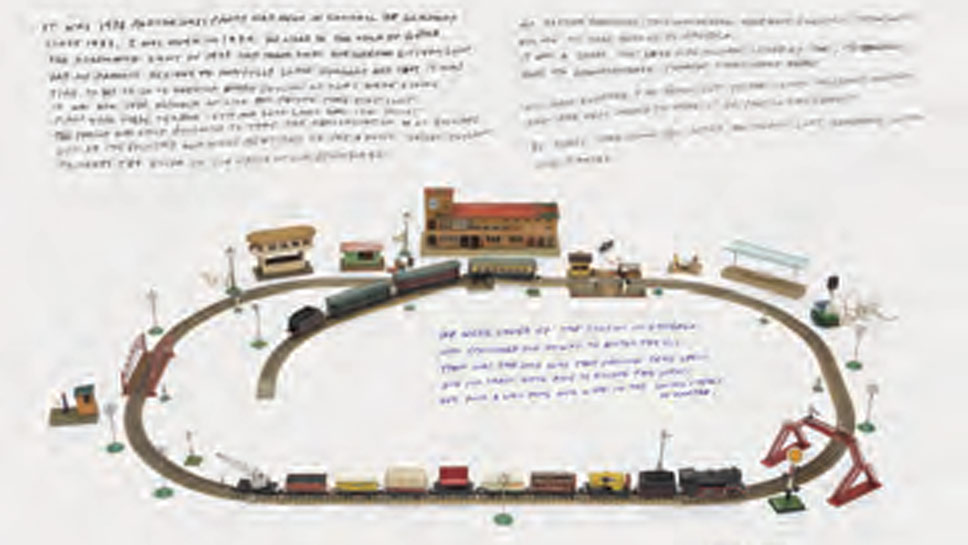 In another compelling story, Beatrice Ring of Wilmette wrote about how using a typewriter saved her and her parents’ lives. Typing letters to secure documents enabled them to leave Europe for America. She signed Lommasson’s photograph of the cherished typewriter, “With much gratitude I remain a proud American.”

Each of the large scale photographs of the objects has a written response by the survivor or family member, along with a photo of the survivor. Most of the photos are close to the time period, so the photograph of the typewriter accompanies a photo of Ring as a child in Europe.

In addition, a cherished train set was donated by Northbrook resident and Holocaust survivor Ralph Rehbock. The IHM&EC vice president immigrated from Germany in 1938.

Rehbock stated in a transcript about his object: My father purchased this wonderful Marklin electric train set for me to take with us to America. We were saved by the cousins in Chicago who sponsored our ability to enter the U.S. That was the only way German Jews like us and our train were able to escape the Nazis and find a new home.

“Stories of Survival” explores a range of events, one occurring more than 70 years ago and another as recent as 2014, when an Iraqi refugee traveled through Syria to arrive in America.

“I think it will be nice for people to see these commonalities and to understand that everyone got here some way,” Weininger said. “Outside of Native Americans, we all came here for some reason, and we all have different stories to tell.”

In an effort to continue to incorporate individual stories as part of a larger story, IHM&EC partnered with the Tenement Museum in New York City for the “Your Story Our Story” project. Weininger said this project enables people to photograph something that’s important to their family, which can be uploaded with a story to a website. A kiosk encouraging participants to share their stories is available at IHM&EC.

Weininger explained why this exhibit is so timely.

“We plan our exhibitions far ahead, and unfortunately war and displacement continue,” Weininger said. “The United States has always been this place that people look to as a safe haven that hopefully offers them a better life than where they’ve come from. That’s why it’s so important for people of all ages to see this exhibit.”

Weininger added that between 50 and 60 percent of the museum’s visitorship is school-aged children.

Kasim Hamo fled before the 2014 Yazidi genocide and settled in Lincoln, Nebraska. Lommasson photographed the ticket stubs from Hamo’s July 4, 2012 flight to the United States. Here’s what Hamo wrote in Arabic on the label of the photo:

“I’ve kept this ticket in my wallet for the past six years, because it reminds me of when I first left my country. I stayed one day in Jordan and on the second day I went to New York, Chicago and finally arrived in Nebraska. Now I study chemistry and pre-pharmacy at [University of Nebraska-Lincoln].”

He graduated last May and sent a picture of him wearing his cap and gown holding a balloon.

“If that’s not the American dream … ,” Weininger said.