This summer, Winnetka has emerged as a destination for young musicians, artists, and fashion designers.

“So many teens came to this event,” said WYO’s executive director, Christina Gikas. “Being there, you felt the energy. You felt inspired.”

Planning for the multimedia event began several months ago when teens at the WYO began talking about the popular multimedia shows Pearlman stages at venues in downtown Chicago, which draw crowds of more than 300 teens.

“A lot of our big programs at the WYO revolve around music and art,” said Gikas. “We kept hearing his name through different groups, so we got in contact.”

Pearlman, who often has to rent the downtown venues he uses for his shows, says he was drawn to WYO’s nonprofit, community roots.

“The second I sat down inside WYO’s space, I felt a sense of community,” said Pearlman. “They were incredibly generous and gave me a lot of freedom in terms of what I could do.”

Founded in 1969, WYO’s vision is to make all teens feel welcome and accepted for who they are and experience the freedom to pursue their interests and talents, in hopes that they lead lives of integrity and service. WYO prides itself on serving teens from diverse social groups by offering relatable programming that allows teens to build new connections.

Gikas and her colleagues say they were impressed by Pearlman’s ability to network and connect with diverse groups of teens.

“Victor is so innovative,” said Gikas. “He’s able to connect with anyone he meets. He includes everyone in his vision.”

Pearlman’s clothing collections are influenced by a specific social issue, and they aim to unite members of a community, regardless of their identity.

To demonstrate how women are often silenced in society, the show’s runway models did more than just wear Pearlman’s designs; they spoke out during
the multimedia event.

“Our female models were encouraged to share the moments of injustice they had experienced in their lives,” said Pearlman.

“My goal with all my shows is to curate a collaborative workspace,” said Pearlman.

Pearlman created his clothing brand, Stay Noided, as a testament to his freshman year of high school, a period of his life when he frequently felt alone, “paranoid” and bullied.

“Stay Noided celebrates individualism and promotes fearlessness,” said Pearlman. “There’s a strong anti-bullying message in all my designs. It’s about not letting anyone tell you that you can’t do something.”

Now entering his senior year of high school, Pearlman says he plans to stay local for college, and he hopes to attend The School of the Art Institute of Chicago after graduation.

“Watching Victor Pearlman work a room is truly remarkable,” said Mary Komlofske, program director at WYO. “He has interpersonal skills beyond his years. He’s definitely going to do some amazing things.” 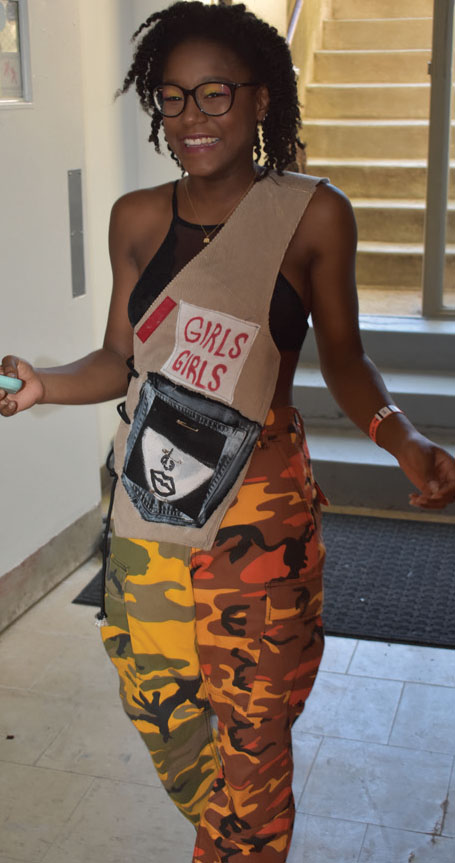 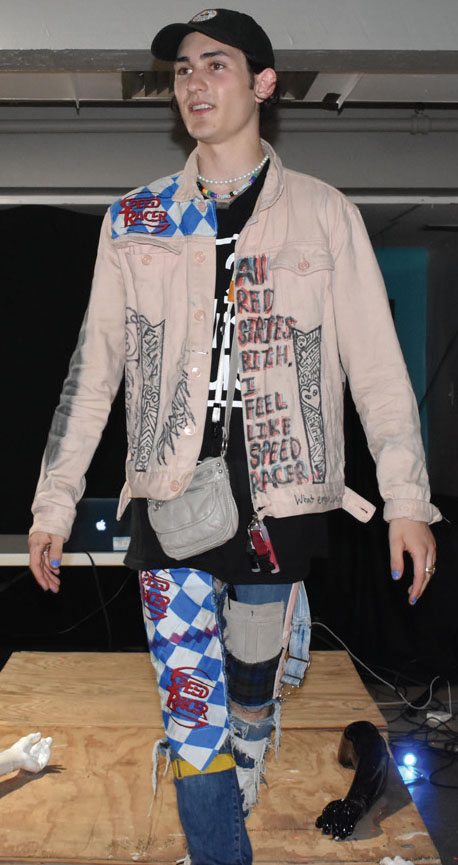