While fans of tomato juice and over-the-top garnish are getting set for this weekend’s 9th Annual Bloody Mary Fest at Everts Park in Highwood, garlic aficionados are also getting festival fever.

The village’s 8th annual Garlic Fest returns on August 15—held in conjunction with Highwood’s Evening Gourmet Market from 4:30-9:30 p.m. Also located in Everts Park (130 Highwood Avenue), this foodie fest will showcase a plethora of dishes with the ever-popular taste (and scent) of garlic, with live music and plenty of familyfriendly activities to entertain all evening long.

Festival attendees will have the opportunity to sample the best of the best garlicky pastas, sandwiches, sauces and spreads. For the truly brave or the most avid fans, there will also be out-of-theordinary garlic infused dishes such as candy, pastries and cocktails. After taste-testing as many items as they can handle, patrons can vote for their favorite creations in the Sweet and Savory categories in the People’s Choice Competition.

True garlic lovers can also compete to be crowned the next Royal Garlic Representative. Celebrate Highwood will crown a Garlic King, Queen, Prince, and Princess at the Fest. Interested competitors must sign up online at celebratehighwood.org, and prepare a 60-second speech to explain why they should be crowned Highwood’s next Royal Garlic Representative. The Garlic Princes or Princesses must be between 6 and 17 years old, while Garlic Kings and Queens must be 18 or older.

Each contestant will be given the opportunity for free coaching by professionals from The Performer’s School, the North Shore’s premier performance studio for young people, when they visit their tent at the Highwood Gourmet Evening Market on August 8 or 15. During Garlic Fest, the contestants will present their short speech to explain why they should be crowned. Winners will be determined by judges from The Performer’s School for speech, appearance, and audience applause. The winner will receive a royal crown and be responsible for making a number of appearances at major Highwood events and potential media appearances.

In a milder-smelling—but no less competitive— addition to the festivities, the Highwood Historical Society will host its 11th Annual Terrific Tomato Contest at Garlic Fest! They invite all residents of Highwood and members of the Historical Society to submit their top tomato for a chance of winning the title of “Most Terrific Tomato in Town”. The tomatoes will be weighed, calibrated and judged at the Fest, and voted on by the public for a People’s Choice award. The winning tomato takes home a $100 cash prize. It’s simple math—garlic plus tomatoes and possible fame and glory equals a great summer evening.

BEST OF FESTS: The battle for the Best Bloody Mary starts at 2 p.m. on Sunday, July 29. People’s Choice ballots can be cast in front of the judges’ stage until 4 p.m., and winners of both the Judge’s and People’s Choice will be announced at 4:30 p.m. The Garlic Fest continues the fun at Everts Park. For more information on both, visit celebratehighwood.org. 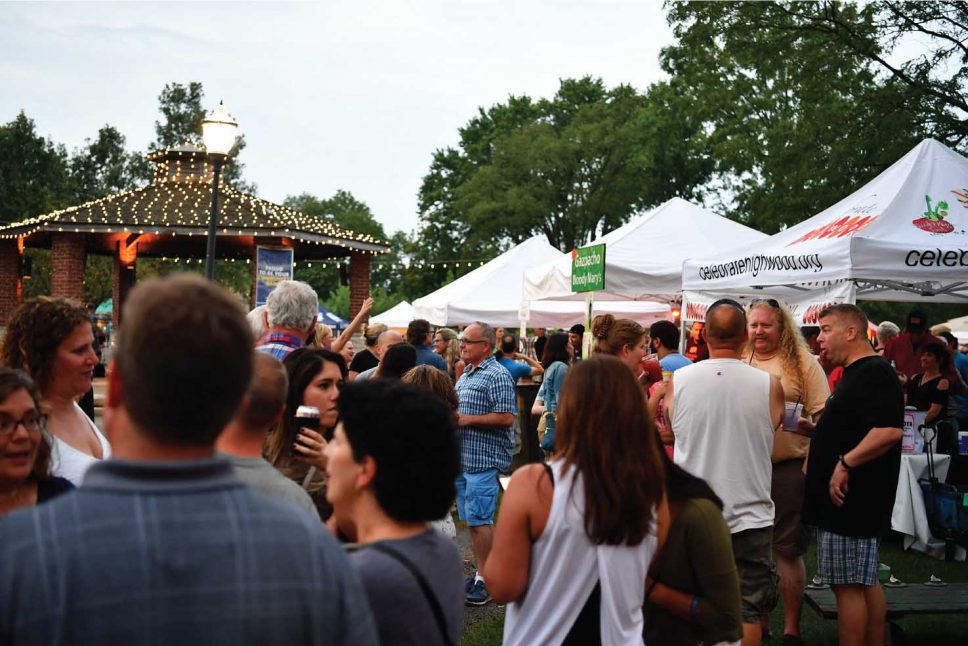