LAKE BLUFF – With the 4th of July behind it, Lake Bluff is gearing up for the second huge event of summer: The Northwestern Medicine Lake Bluff Criterium and Block Party bike race is returning to Lake Bluff for the seventh year on July 21.

Promoter Marco Colbert started the race in 2011 after falling in love with the world of cycling and becoming a “roadie,” a.k.a. road cyclist.

“I do this because I love cycling,” Colbert told DailyNorthShore.

The races, which start at 9 a.m. and end with the last race at 6:35  p.m., and include 12 races ranging from a kids race to professional, is part of a 10-day bike race Colbert owns with other partners. The Intelligentsia Cup (sponsored by Intelligentsia Coffee) is a multi-day bike race held all over the Chicago area July 20-29 —with three races in Chicago and seven in the suburbs, the most popular in Lake Bluff.

The Lake Bluff Criterium draws 5,000 people and then some to watch the cyclists and enjoy the outdoor block party held on the Village Green. While Colbert held the event in June the first year, he quickly realized that it was better to wait for July’s more reliable weather.

The day begins with junior races for kids ages 9 to 14 and teens 15 to 18, followed by adult amateur races that are broken down by sex and ability. Just before the professional races, a kiddie race for the under-9 set is held, one of the most popular events.

“It might be the best part of the whole day to see kids on their tricycles and little bicycles with training wheels,” Colbert said.

But the event also draws professional cyclers from all of over the country and world, as far-flung as Germany, New Zealand, Mexico, Columbia and Belize.

“Last year a woman came from Cuba to race and she was awesome,” Colbert said.

Typically, the Lake Bluff Criterium draws cyclists from about 15 countries and 35 states. Since it is part of the multi-day Intelligentsia Cup, cyclists are motivated to travel the distance and participate in multiple races. Each year local Lake Bluff families host professional cycling teams, forming a bond with the racers and rooting for them during the race.

“The riders love it and love being with a family. The families love it because they get to meet interesting people from all over,” Colbert said. “It’s a win-win situation.”

In particular, spectators enjoy watching criterium races because the cyclists race on a short closed course that is less than a mile long. The cyclists ride very fast, racing repeatedly around the course. “It’s very spectator friendly because they go around so often,” Colbert explained.

Many people are drawn to the race for the block party as well. Food will be on offer from five local vendors along Scranton Avenue, while live bands entertain from the gazebo on the Village Green. New this year are two performances by the Chris Clark Bicycle Stunt Show to further entertain the crowds. Clark travels nationally to perform stunts on a BMX bicycle, maneuvering his bike and body over custom built ramps and obstacles.

“I think kids and families are really going to like the stunt show. It is really entertaining,” Colbert said.

A Schwinn mountain bike will also be raffled off by the Community Church of Lake Forest & Lake Bluff, with proceeds benefiting the nonprofit World Bicycle Relief.

Over the years, the Lake Bluff Criterium has become a fixture of the community, second only to the popular 4th of July. Northwestern Medicine sets up a first aid facility run by a doctor and team of nurses. The police and fire department also provide a lot of support.

“They go out of their way to make this a safe event,” Colbert said.

With summer weather rolling in just in time, this year’s Lake Bluff Criterium will surely be another success. “The support of the village is just awesome and I am so grateful,” Colbert said.

For more information about the Northwestern Medicine Lake Bluff Criterium and Block Party, as well as the Intelligentsia Cup go to www.intelligentsiacup.com. 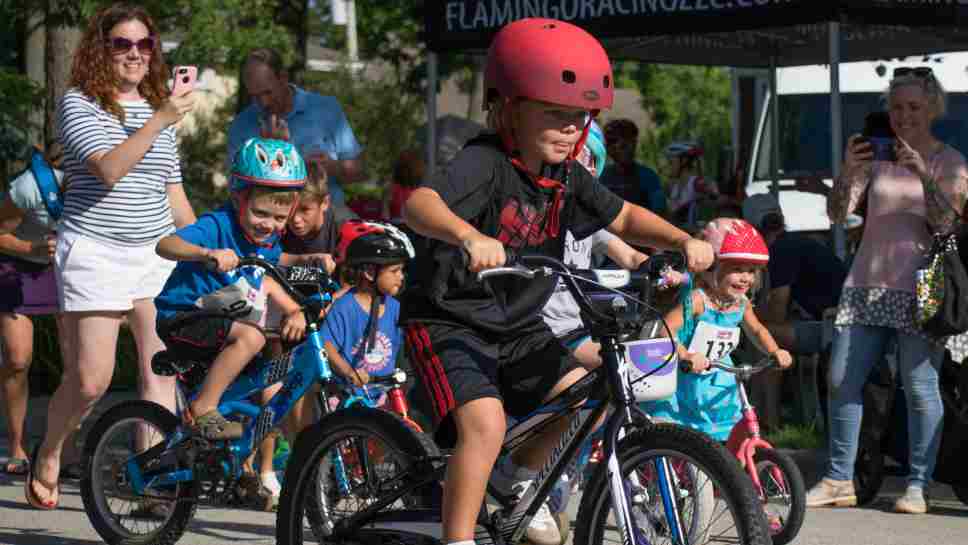 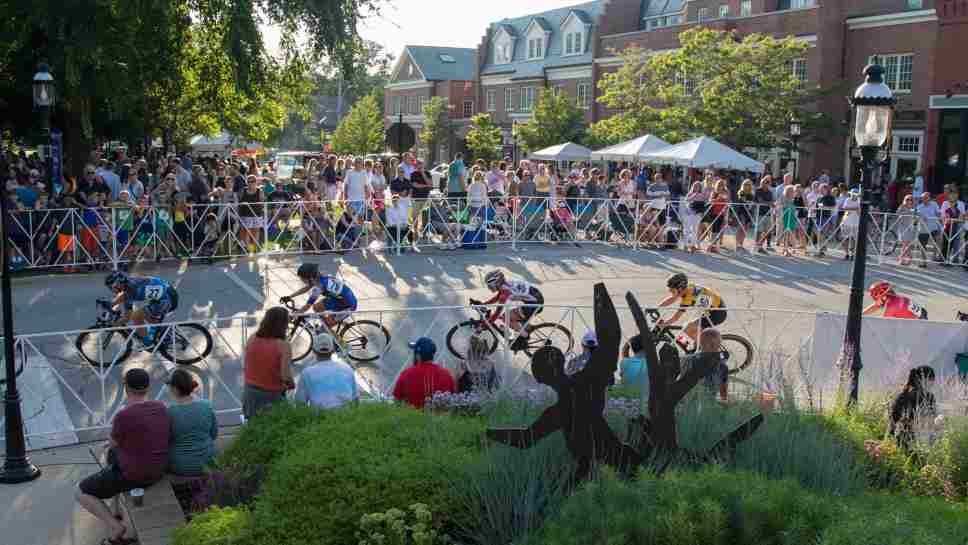