“Ask any experienced sailor and they’ll tell you the Great Lakes aren’t really lakes…they’re inland seas,” said Kalousek, a former Eagle Scout. “We get 20 foot waves out there.”

Too young to drive, the pre-teen Kalousek would sail his “dates” to Wilson’s Ice Cream Parlor in nearby Ephraim, hoping to woo them with his nautical prowess. 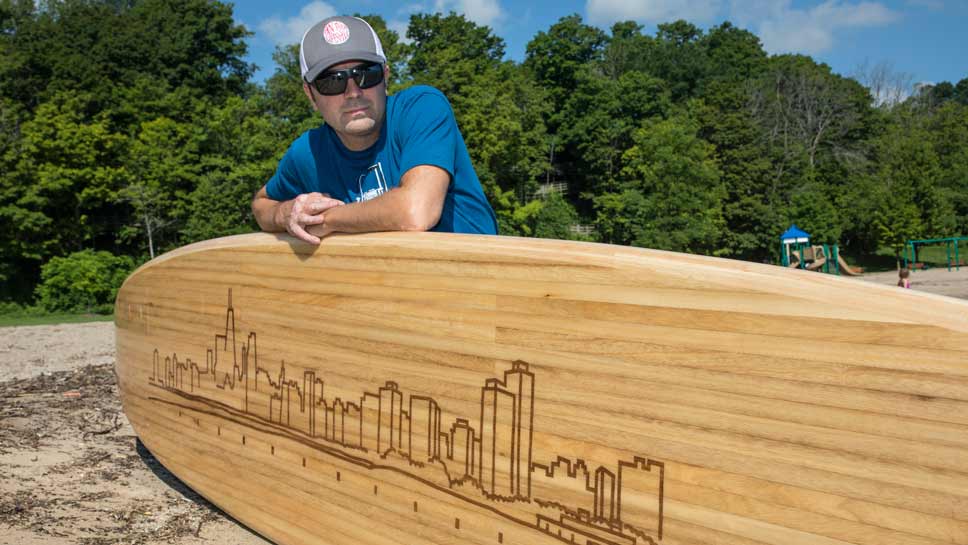 Curt “Thor” Kalousek of Lake Forest is the creative force behind two start-up companies, Tan Foot Lifestyle and John Hans Board Company. Thor built the paddle board above. PHOTOGRAPHY BY JOEL LERNER/JWC MEDIA 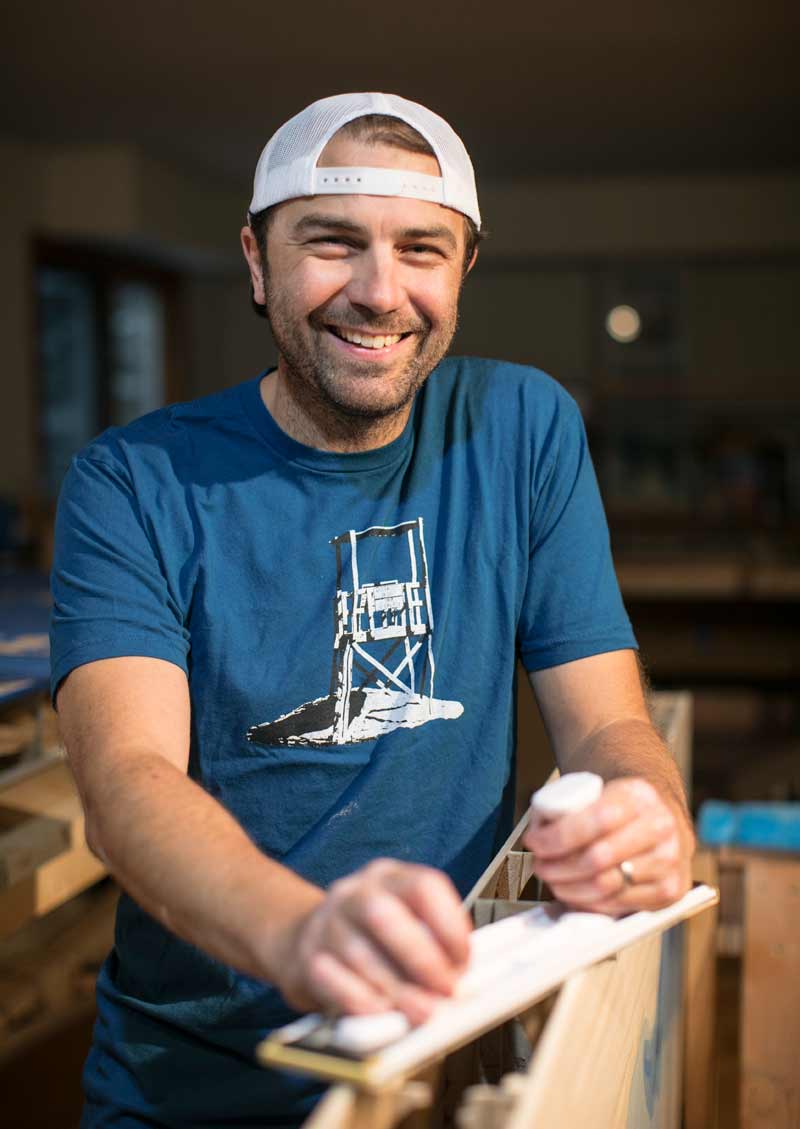 Kalousek in one of his “Beach Lifeguard Chair” T-shirts. This one depicts the chairs at Lake Forest’s Forest Park Beach. PHOTOGRAPHY BY JOEL LERNER/JWC MEDIA

With his laid-back, sea dog-style and youthful exuberance, some might say Kalousek – also known as “Thor” – is a Great Lakes’ version Florida’s Jimmy Buffett. Most comfortable wearing flip flops, board shorts and a T-shirt of his own design, he is the perfect embodiment of the North Shore’s chill, summer-time vibe: those precious three months each year when local residents peel off their down coats and relax with beach BBQs, boat rides and dips in Lake Michigan.

Now married and settled in Lake Forest with his wife, Theresa, and their 3-year-old daughter, Lilly, the former advertising executive now makes a living delivering boats up and down the Great Lakes and Atlantic. Nonetheless, he’s hoping to channel those endless, Midwestern-summers of his youth into a full-fledged lifestyle brand.

The T-shirts were inspired by the dozens of black and white photos Kalousek snapped on his sailing trips up and down the Great Lakes.

“I started noticing that every town’s lifeguard chairs were slightly different,” said Kalousek.

Kalousek also started noticing that some Midwestern-beach towns were discontinuing their lifeguarding programs to control costs, choosing instead to post “Swim at Your Own Risk” signs to waive their liability.

“In some ways, these chairs have become a symbol of the past,” said Kalousek. “I want to capture them before they disappear.”

And rather than sell the $25 beach lifeguard chair T-shirts through his website, they are carried exclusively through Kiddle Sports, a reflection of Kalousek’s commitment to supporting local businesses.

“I could sell these online, but that’s not fun,” said Kalousek. “To me, the health of a community is based on the mom and pop stores that are still around. If you’re wearing this T-shirt, it means you were shopping in Lake Forest.”

Kalousek, who spends an average of 40-60 hours carving a John Hans custom-made inlay alone, said his boards look just as good displayed underfoot as they do hanging on a wall.

Despite ambitious plans for a Tan Foot Lifestyle-branded beer, plus live events like beach volleyball tournaments, Kalousek still takes time for sailing and paddle boarding expeditions with his family, making sure he lives up to his company’s official tagline: “Forget work. Enjoy the beach.” 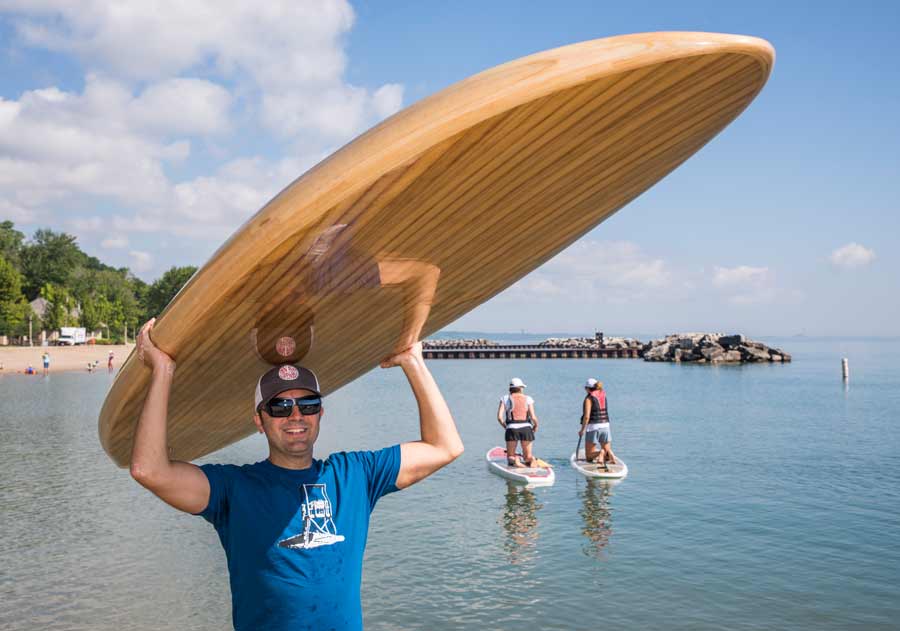