Wilmette resident Danny Schuman felt despair when he lost his job in advertising on December 1, 2008 — what he says was statistically the worst day in 75 years to lose a job. But what began as a career low point turned into a fresh opportunity when Schuman decided to start his own business.

Now Schuman has decided to share his business tips on how to be a successful entrepreneur with his new, self-published book The Worst Business Model in the World: A New Kind of Guide for a New Kind of Entrepreneur.

From the beginning, Schuman took detailed notes as he launched his business Twist, a consulting firm that helps businesses with problem solving and strategy. Relying on his years of experience as a copywriter, he wrote the book to be a self-help guide for potential entrepreneurs (what Schuman calls “UDOT’s” or “us doing our thing”) who want to turn their expertise and passion into a viable business.

The book is geared toward creative types like Schuman, who may have a lot of great ideas and talent, but are not necessarily business oriented. Below is a brief interview with DailyNorthShore. 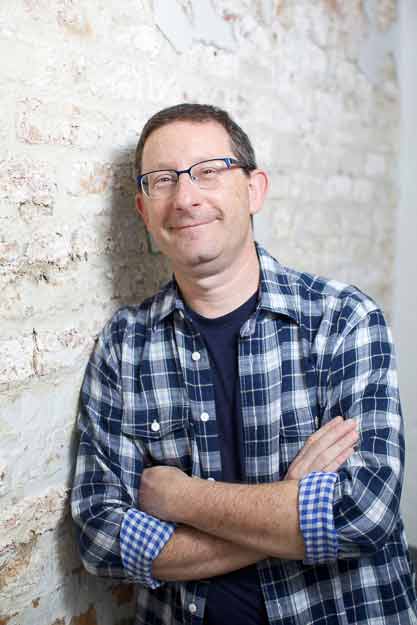 DNS: What did you do the first day after you got laid off? Describe the entire day and how you felt.

DS: The day after my layoff, I went to work! It was the weirdest “business as usual” day ever. I got laid off on Monday December 1, 2008. On the previous Saturday my partner (we worked in two-person teams) was hit by a truck on his motorcycle outside of Atlanta and was in intensive care. So I was freaked out about that. Plus, my agency didn’t want my layoff to become public yet so I had to pretend for a couple of weeks that I still worked there. So the first day after I got laid off, I drove to work, walked around the office pretending like nothing was different and trying to act “normal.” But I was in a thick haze, thinking my friend and partner was maybe going to die (he didn’t), and wondering what the hell I was going to do the rest of my life.

DNS: Looking back at your self when you got laid off, would you do anything differently?

DNS: What would your today self say to your then self?

DS: “Good thing you made all those contacts back when you worked for the agency. Without them you might have been unemployed and unemployable for a very long time.” I unknowingly built a really good network, which was the key to starting and maintaining a successful business.

DNS: That was a period of heavy layoffs. How many of your friends got laid off, and how many colleagues?

DS: Our agency went from 230 people to 75 people in nine months. We could have started three new (and really good) agencies with the people who go laid off. So many people got laid off that when I started my new company I had a huge number of great resources to chooses from.

DNS: When you were a kid, let’s say in eighth grade, what did you want to be when you grew up — what was your dream job?

DS: Shortstop for the Cubs.

DNS: When you got laid off, what did you think your dream job was going to be next?

DS: I thought I might start a sports marketing agency. I had a lot of great connections because of all of my years working on Gatorade. I also thought about writing for movies or TV because I had a lot of good connections in LA in the film industry after many years writing TV commercials.

DNS: Why did you write the book? How long did it take?

DS: I wrote the book because I’m a writer and a entrepreneur. Since writers naturally write and entrepreneurs naturally get bored and seek out new challenges, it was no surprise that I started writing a book about something. I didn’t write about entrepreneurs right away because I didn’t know enough about the subject until I’d been a successful entrepreneur for about 6-7 years. But for many years before I started writing the book, I’d been taking notes, and had a huge physical file of nuggets written on scraps paper and digital files of notes and articles. And in the middle of one night I got out of bed and started writing, in the dark, standing up, in my underwear. In the morning I went through those notes and typed it all into my computer, and that became the bones for the book. It then took me about 2 years to write.