HIGHWOOD –  Guests might not see owner/chef Mike Pettorelli when they dine at Café Pettopia. After being in business for almost 10 years, he’s still working behind the scenes doing everything from preparing a wide array of breakfast and lunch items to washing dishes.

“I’m a one-man show in the kitchen and I’m so busy that it’s hard to talk to the customers,” he said. “I hope no one takes offense.”

Café Pettopia will turn 10 on October 1. Pettorelli looks forward to planning a small celebration for loyal customers by offering something special to commemorate the day.

Pettorelli’s love of cooking began in his parents’ kitchen.

The Highland Park native moved to Highwood when he was 10, and he currently resides there.

“I was always interested in cooking and enjoyed hanging out in the kitchen growing up,” he said. 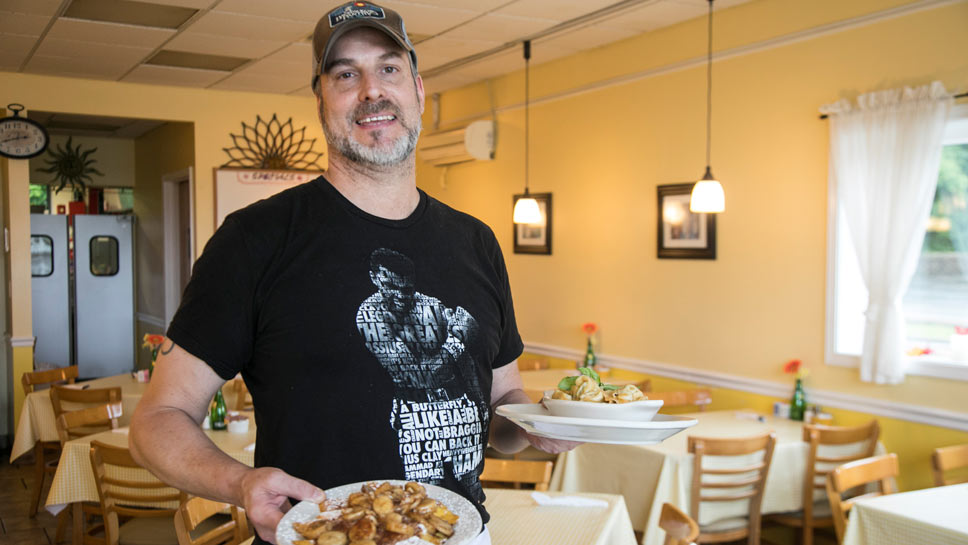 Years later a friend convinced Pettorelli to attend the Culinary Arts School at Kendall College in Evanston, which proved to be a life altering experience. He enjoyed learning the “old school ways of cooking” from the esteemed French chefs. He said the chefs went as far as closing all of the windows in the summertime, so the students would experience working in the extreme heat like the great chefs before them.

Pettorelli said the lessons he learned have helped make him a better chef today.

He opened his first restaurant, Café Alexander, in 1991, on the site that currently houses Bent Fork Bakery at 335 Waukegan Avenue in Highwood.

Like Café Pettopia, Café Alexander also was open for breakfast and lunch.

“But I like to think that my menu and my cooking is a lot better now,” said Pettorelli.

Pettorelli has stuck with the breakfast and lunch formula because he’s a morning person and he likes to have his afternoons free. It also helps that he was always “into eating and cooking breakfast,” his favorite meal of the day.

Café Alexander closed in 2000. Pettorelli prefers Café Pettopia’s location at 849 Sheridan Road, as  Café Pettopia has more seating and separate restroom facilities. The name Pettopia is a takeoff on Pettorelli and utopia.

Here are some of Café Pettopia’s most popular breakfast dishes:

Breakfast is served all day until the 2 p.m. closing, and it’s the only meal on Sundays, which is a shortened day.

For lunch, Pettopia’s house specialty is the homemade tortellacci, which is Pettorelli’s grandma’s recipe that he proudly keeps “tightly guarded.”

The tortellacci is made with fresh egg pasta filled with ricotta, Parmigiano, cream cheese, spinach, nut meg and your choice of homemade sauce. Pettorelli recommends the tomato cream sauce.

Pettorelli said his grandma was a regular at both Café Alexander and Café Pettopia, and he’s fortunate that his parents still live nearby in Highwood.

“My parents are happy to help me out if I’m ever in a jam,” he said. 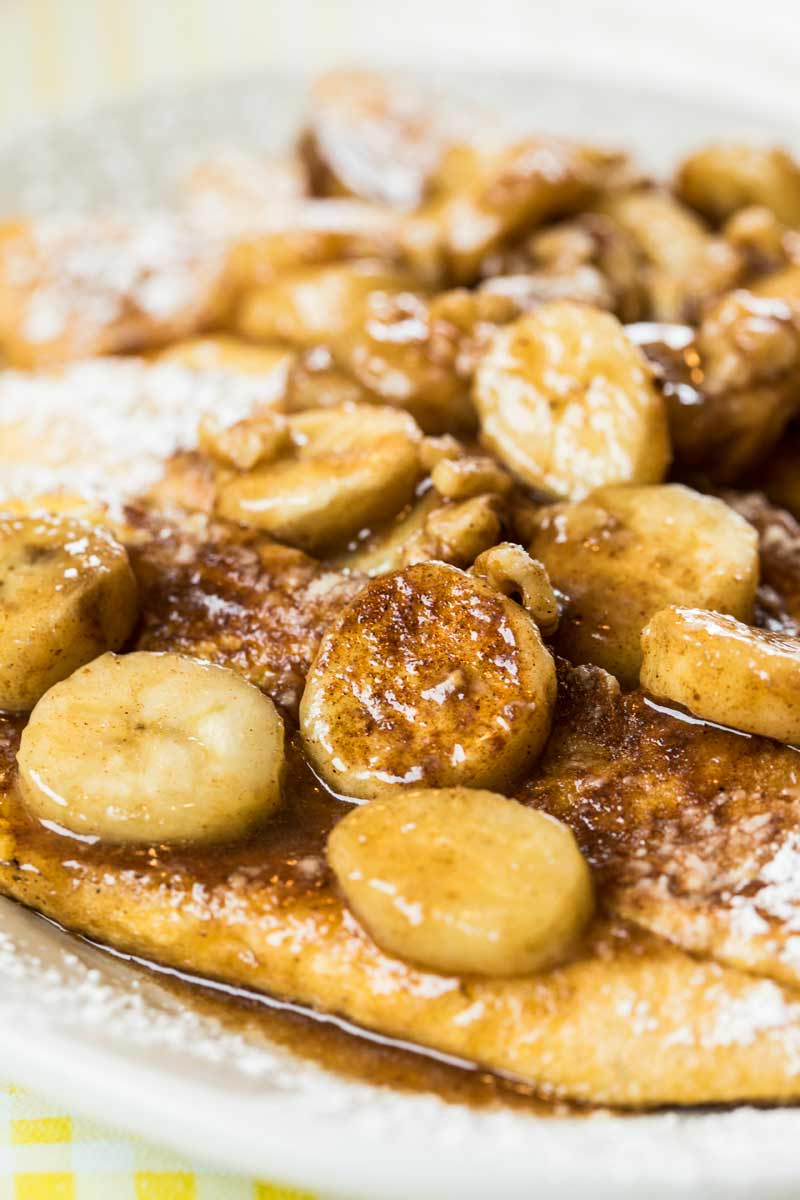 Pettorelli also recommends the Italian Sausage sandwich that differs from the breakfast version. The lunch menu features a variety of sandwiches, pastas, salads and homemade soup is served every day.

When Pettorelli isn’t working, he loves to go fishing. Every September, he goes fishing with his friends on the Colorado River. He lived in Colorado when he was in between restaurants, and though he misses spending more time there, the years have taught him to appreciate Café Pettopia even more.

“I feel like I’m on solid ground now and things are going really well,” he said.

The early closing gives Pettorelli more time to spend with his new puppy, a gift from his girlfriend.

But mornings and early afternoons are reserved for his bright and sunny restaurant with the yellow-checkered tablecloths.

“It makes me feel good to know that people can come to my place and get a really good meal and walk out satisfied,” said Pettorelli. 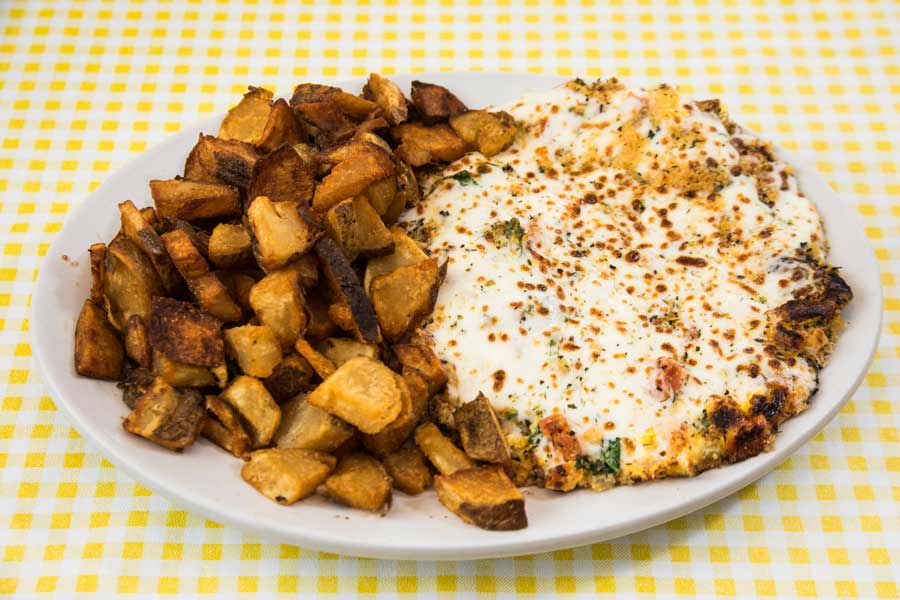 Italian Frittata with Mike’s Potatoes at Cafe Pettopia in Highwood. 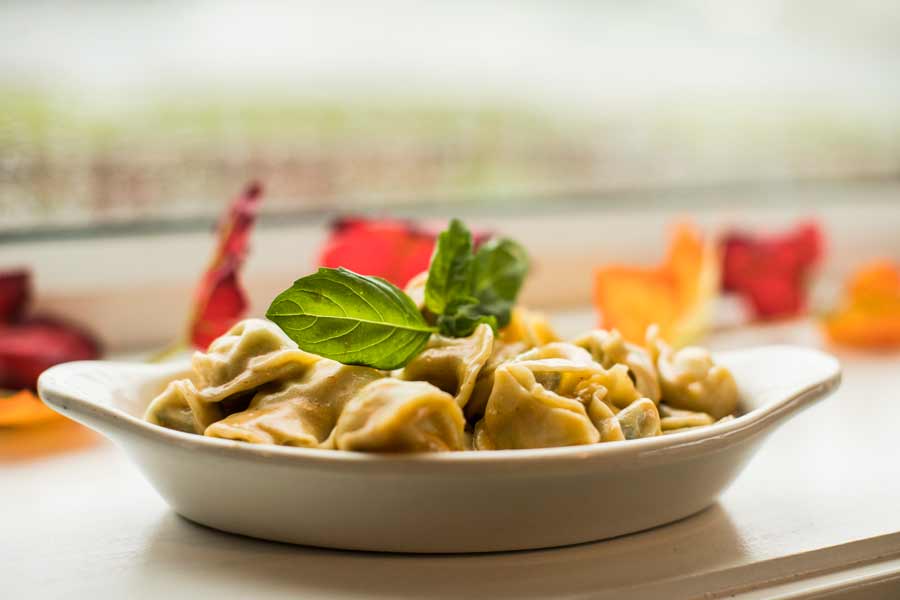