The North Shore always celebrates in style, and the Fourth of July is no exception. Events aren’t exclusive to parades and fireworks, with full schedules of activities before and after the traditional festivities. Here’s a roundup of local parades, fireworks, outdoor concerts and more.

GLENCOE: The 4th of July events  begin at the train station with the Glencoe Rotary Club Fun-Run, followed by pre-school games and Glencoe’s Got Talent at Kalk Park and the parade in Downtown Glencoe. The day rounds out with food vendors, live music and fireworks at Lakefront Park.

EVANSTON: Evanston’s 2018 Fourth of July celebration theme is “Inspired by Our Diversity”. Events are scheduled throughout the day up until the lakefront fireworks “extravaganza” at 9:30 p.m.

GLENVIEW: Join your friends and neighbors to celebrate our nation’s 241st birthday with Glenview’s Independence Day parade and fireworks.

LAKE BLUFF: The annual Lake Bluff Independence Day Parade is one of the largest celebrations on the North Shore, but it isn’t the only festivity. Lake Bluff sponsors a variety of activities before and after the parade.

LAKE FOREST: Lake Forest will host its annual “Festival and Fireworks” on Wednesday, July 4 at Deer Path Community Park beginning at 5 p.m. The main performer will be ’80s tribute band Hairball, with an opening act by Chicago classic rock cover band 97Nine. Bring a picnic or take advantage of food and drinks in the park!

NORTHBROOK: Celebrate all day on July 4 with Northbrook Park District.

WINNETKA: Winnetka will host its annual Fourthfest on July 4. 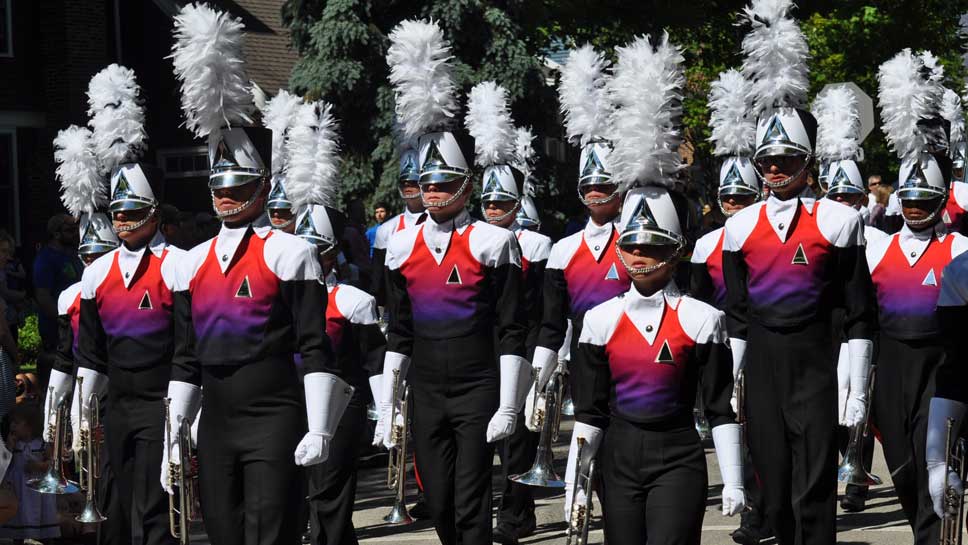 Many North Shore communities use 4th of July celebrations as a way to blow their own horn. Here, marchers take a break from a previous Lake Bluff parade.