The refugee from the East Africa country Eritrea lives in Rogers Park. It’s his sixth month in the United States. He owns a bicycle and a bicycle helmet and a bicycle lock, a trio of invaluable, donated items he had received from a nonprofit organization named Working Bikes.

Working Bikes Board President and Highland Park resident Phil Kaplan, sitting in a booth at Country Kitchen in his hometown, grows animated as he discusses the refugee and what the bike has meant to the Eritrean.

“He’s using it, relying on it,” says the 67-year-old Kaplan, who grew up in … Rogers Park. “Our success at Working Bikes is measured by the positive impact bicycles have on people.” 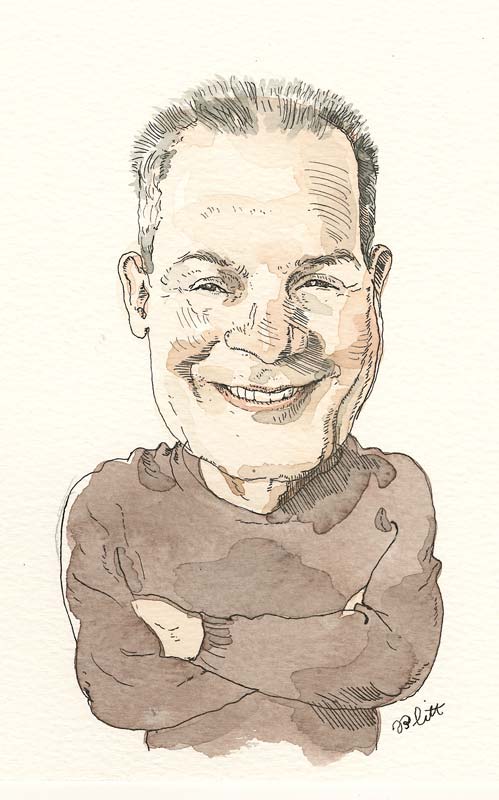 Stories. Kaplan has more stories. He shares, shares, shares, after ordering a cheddar cheese omelet, a plate of cucumbers, wheat toast and a small glass of orange juice. A student in another country in Africa no longer has to walk an hour to school now that he has a Working Bikes bicycle. His one-way commute now takes a brisk 15 minutes. A family man in another country in Africa is better equipped to provide for his family now that he’s able to use a Working Bikes bicycle to haul charcoal. Working Bikes sent a bicycle mechanic named Patrick to Uganda last year to train five local bicycle mechanics.

“A bicycle can be empowering for people all over the world,” says Kaplan, adding Chicago-based Working Bikes, with help from a variety of partners — including police departments, park districts, individual donors, property owners and eight area bike shops, including Green Bay Cycles in Winnetka — processed nearly 10,000 bicycles at the organization’s warehouse in the Pilsen neighborhood last year. Some 8,400 ended up being donated, the rest sold.

Kaplan’s home serves as one of the drop-off sites for bikes donated to Working Bikes.

“We work closely with partners, and all have an interest in sustainability,” Kaplan, a retired Environmental Protection Agency official and the first Working Bikes volunteer from the North Shore, continues. “We’re constantly looking for ways to accept bikes from all kinds of entities, from people. We can’t do this without the generosity of so many each year.”

Lee Ravenscroft and Amy Little co-founded Working Bikes in 1999. Ravenscroft saw a pickup truck packed with old bikes heading to a scrap metal yard one day. Ravenscroft approached the driver of the pickup and paid $5 for each bike.

Kaplan, who earned psychology and MBA degrees at the University of Illinois, joined Working Bikes as a volunteer in 2008 and became its volunteer board president about five years later. The retiree with the energy of a man half his age devotes 30 hours per week, sometimes more, to an outfit that has recovered bikes from the Chicago area and other Midwest locations and donated more than 70,000 two-wheelers worldwide and locally since its inception.

Kaplan and his wife of 31 years, Marcia Bogolub, traveled to Africa last year, spending two weeks in Uganda, Zambia and Botswana. There they saw grateful natives receive bicycles, modes of transportation transforming lives. Instantly. That abandoned bike along the North Shore, left to rust at a park district bike rack? It’s restored and useful again, this time for a beaming student in Nakatindi, a village in Zambia. Months after a property manager in another North Shore community delivered another orphaned bike to Kaplan, that same bike is spinning and spinning today, utterly valuable, a middle-aged man’s ride to his new job in Botswana. The bike that brought joy to a teen in a leafy neighborhood in the heart of the United States now brings stability to a breadwinner in Africa. A genuine tool of empowerment, right before Phil’s eyes, right before Marcia’s eyes.

Hear fiddle wish it were as fit as Phil Kaplan.

“My wife and I love to travel,” says Kaplan, adding the couple plans to visit Japan in the fall. “My dream trip, though, is to return to Africa with Marcia and see the progress Working Bikes has made, to see the productivity of the trained bike mechanics, to see how bikes continue to change lives.”