NORTHBROOK – Heat advisory or not, the Northern Suburban Special Recreation Association Gator athletes could not be stopped at Illinois Special Olympics’ annual State Summer Games the weekend of June 16-17. Though temperatures climbed into the 90s through Sunday, with heat index readings peaking from 100 to 105 degrees each afternoon, the Gators braved on, winning a collective 18 medals, nine of them gold.

Vicki Shaw of Highland Park battled the blazing heat first thing Friday afternoon during the Bocce Singles event, maintaining her poise and focus to win a bronze medal. “The team started a ‘Vicki chant’ to keep her spirits up,” said NSSRA Recreation Specialist and Gator Track & Field Coach Hailey Haas. “That kind of heat can be a real obstacle for athletes, but Vicki kept at it and stayed so positive throughout competition, and her teammates’ cheers helped her stay strong.”

Ranging in age from 11 to 60, 12 Gator athletes qualified for the June games with 10 competing. Eight of the 10 athletes placed in one or more of their respective competitions, though one athlete, Dianna Mann of Highwood, did not get the chance to compete as her event was suspended and later cancelled due to the severe heat. The Gators competed in bocce, powerlifting and track and field. In order to qualify each athlete was required to win first place at each sport’s regional competition.

NSSRA’s band of 10 athletes was small but mighty. “At opening ceremonies, the Gators may have been one of the smallest teams but they were one of the loudest and most enthusiastic groups in the bleachers,” said NSSRA Recreation Specialist and Coach Katie James. “We are so proud to be a part of the Special Olympics community, especially this year on the 50th anniversary.”

The Gators had another big reason to cheer during opening ceremonies as one of their teammates, powerlifter Katie Millar of Mundelein, was recognized for making Team Illinois, an incredible achievement. Katie will be competing in just a few weeks at the Special Olympics USA Games in Seattle, and her success was recently highlighted in a World Wrestling Entertainment video feature.

Speaking of powerlifting, NSSRA’s five powerlifters continued to dominate for the third year in a row, winning 15 of NSSRA’s total 18-medal count. Mike Sener of Evanston, only in his second year on the team, won gold in all three of his events, while Bill Fisher of Highland Park placed first in Bench Press.

“The entire weekend, the Gators were incredibly positive even when things didn’t go their way,” said Haas. She continued, “For example, Thomas won gold, but he also made friends in his division amongst his competitors. The most important part of the Games are the opportunities our athletes are given to be both gracious winners and losers. To see the way Thomas and all of our athletes both cheered each other on and congratulated their opponents throughout the weekend, that alone makes this year’s Games a huge success for us.”

“The group braved the heat to watch their teammates compete every day,” said James. “They showed incredible sportsmanship all weekend-long, and they deserve every bit of success they achieved. We can’t wait for next year.”

Dianna Mann, Highwood
Was not able to compete as all outdoor afternoon events were cancelled Saturday due to severe heat. 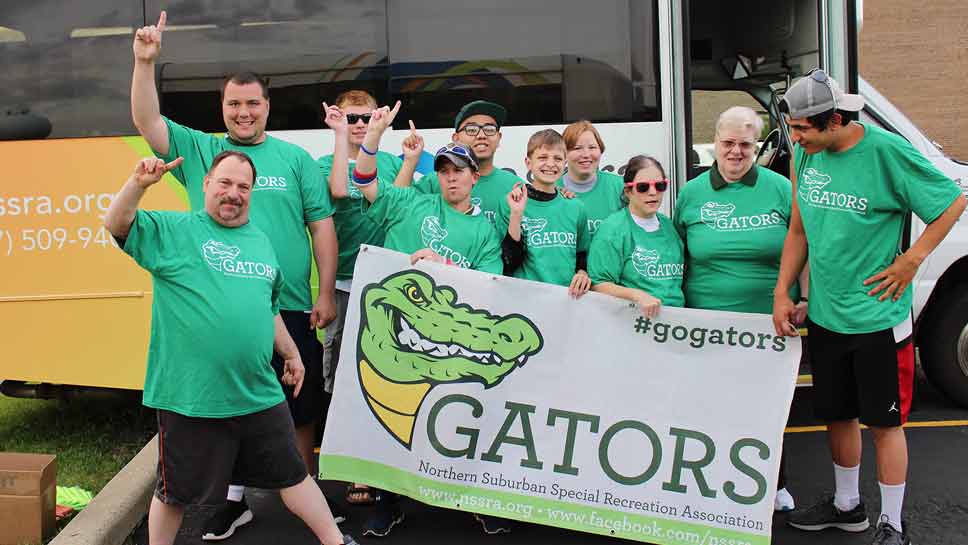 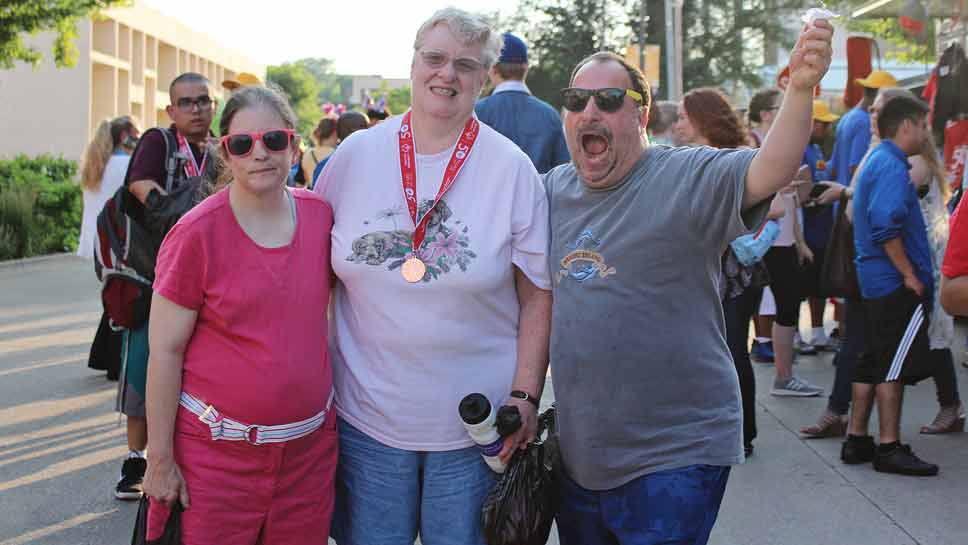 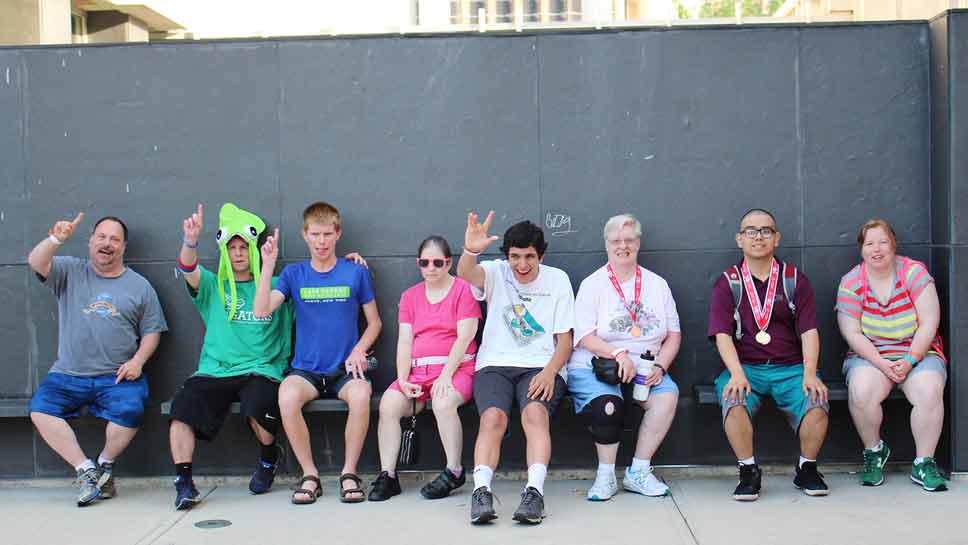 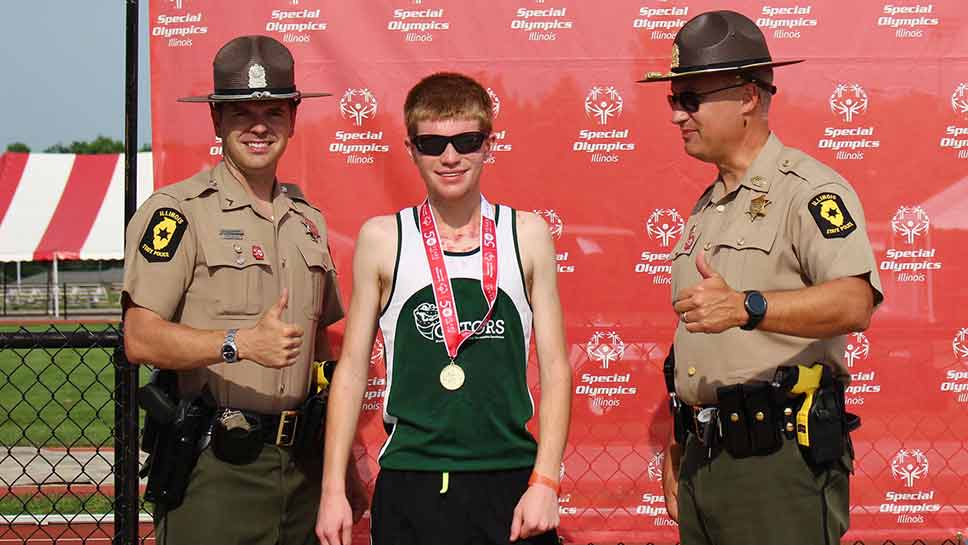 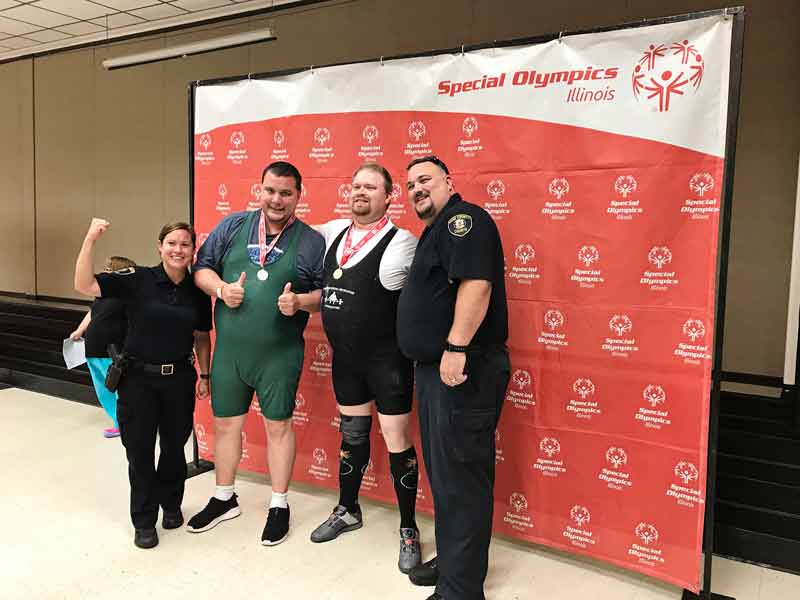 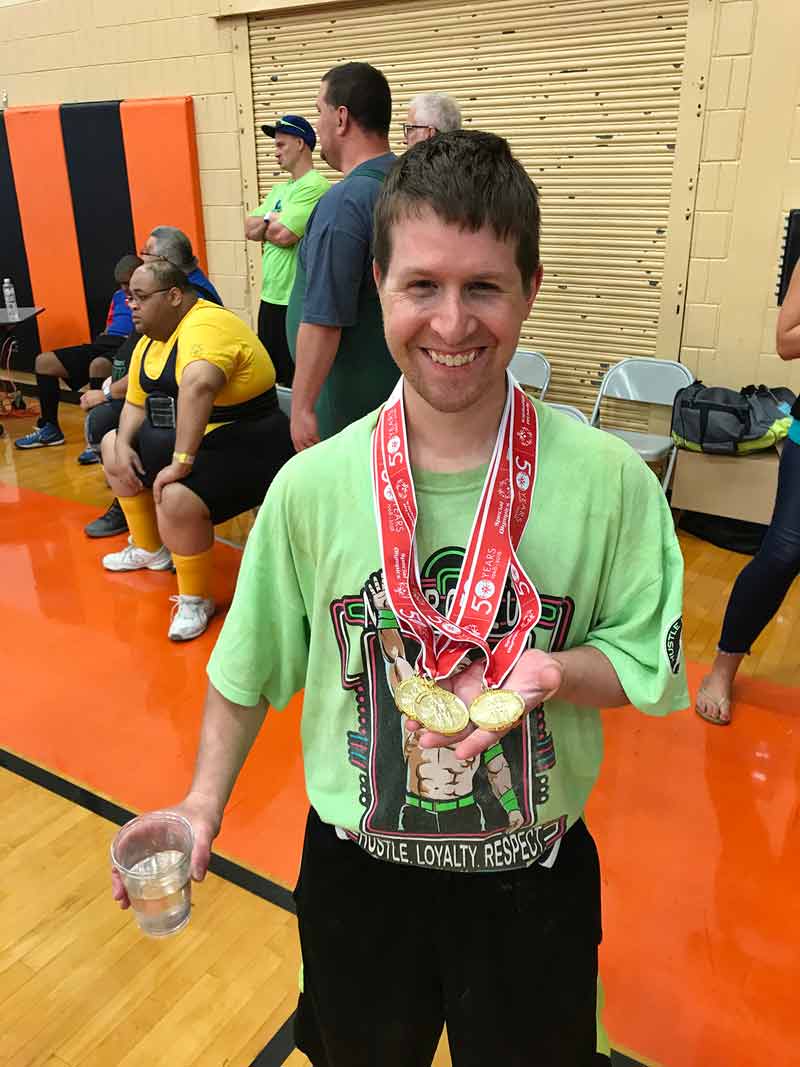 Gator Powerlifter Mike Sener (Evanston), only in his second year on the team, shows off his three gold medals for Bench Press, Deadlift and Combination Bench and Deadlift. Mike won gold for every event he entered. 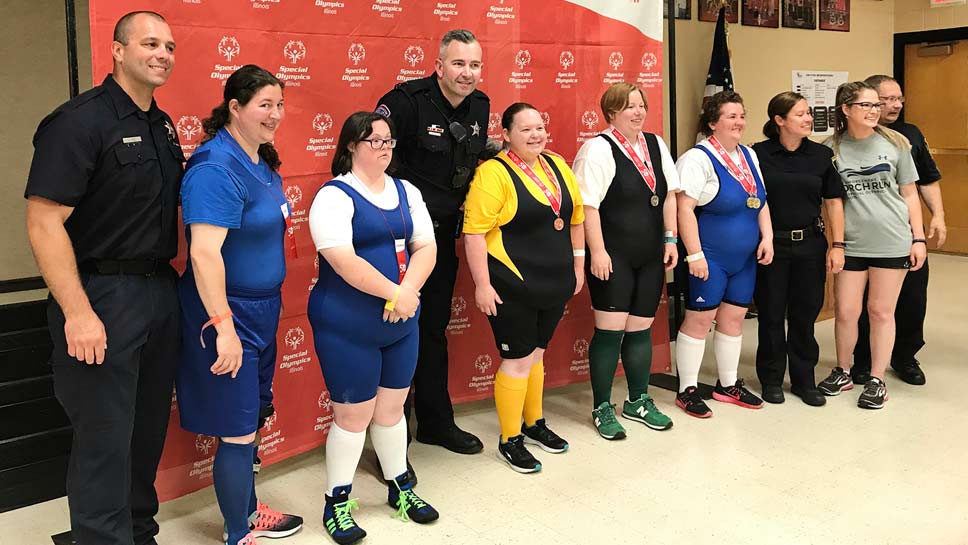 Katie Millar of Mundelein (fifth from right), poses with her silver medal for Bench Press. Millar also won gold in Squat and Combination Bench and Deadlift, and recently made Team Illinois and will be competing in a few weeks at the Special Olympics USA Games in Seattle.