Chef Michael Elliott of Hearth Restaurant & Lounge takes a hands-off approach to cooking during the summer months when he enjoys a ready supply of local fruits and vegetables.

“In general we move into a lighter cuisine (in the summer) and less manipulation of food to highlight what these hard working people have grown for us,” Elliott told DailyNorthShore.

When Elliott says local he really means it. Much of Hearth’s fresh produce is sourced directly from The Talking Farm, a nonprofit urban farm located on Howard Street in Skokie. “It’s really cool to be able to use something that is not only local but also hyperlocal,” Elliott said. Elliott also sources ingredients directly from the Evanston Farmer’s Market. 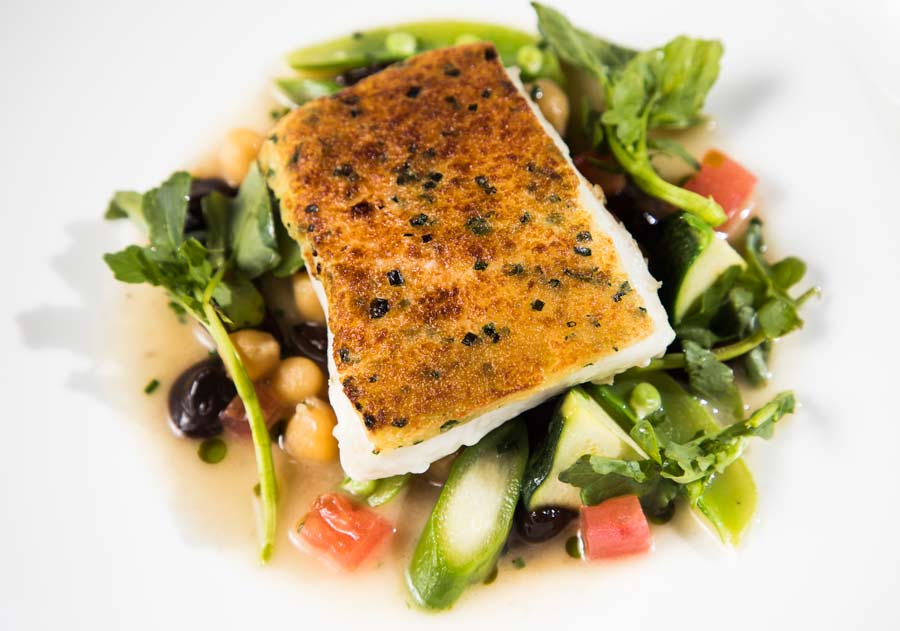 Brioche crusted Halibut with spring vegetables and Black Garlic at Hearth at the Homestead Hotel in Evanston. PHOTOGRAPHY BY JOEL LERNER/JWC MEDIA 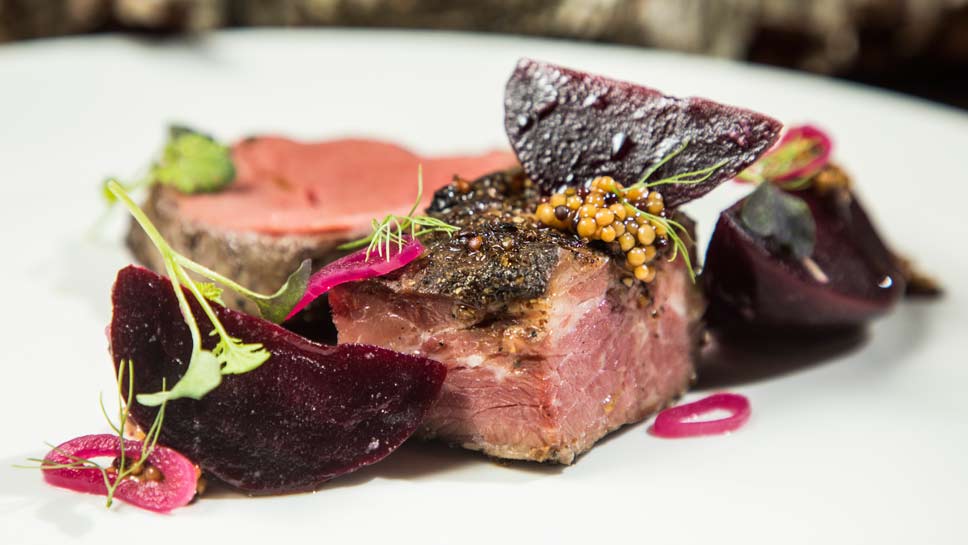 Filet with pastrami short rib, with beets and rye espuma with mustard at Hearth at the Homestead Hotel in Evanston. PHOTOGRAPHY BY JOEL LERNER/JWC MEDIA

In the first of the series, Elliott teamed up with Ellen King of Hewn Bakery to offer a six-course menu that incorporated Hewn’s breads and grains into the main courses, and was topped off with pastries prepared by King. For example, diners enjoyed a brioche crusted halibut — using Hewn’s bread crumbs — as well as an onion rye puree accompanying a short rib dish, made from Hewn’s rye bread.

While the first summer series event was more formal, with Elliott and King both presenting to diners who enjoyed the meal as a private dining room event, others will be more casual speciality four-course menus featuring local produce that will be offered as an option every Wednesday night.

A beverage pairing selected by Ryan Scheler, Hearth’s beverage director and general manager, will also be offered with each course with an eye towards accessibility. “We are trying to make it affordable and accessible to come out on a Wednesday,” Scheler said.

Scheler, who together with Elliott conceived of the summer series, is currently reaching out to other local businesses to team up with such as Sketchbook Brewing. He views it as a way to utilize fresh ingredients, while offering something new and different. “It is a way to do something interesting and creative on the one side, while drawing the interest of our customers,” Scheler said.

Aside from the summer series, the focus of Hearth’s menu is on seasonal and local ingredients. Elliott enjoys the change of the seasons, providing him the opportunity to change up the menu. “I love seasonal changes because I get bored with the food,” he noted. While some chefs are known for a signature dish, Elliott prefers to keep trying new ideas. “We try our best to do something different. It keeps people interested,” he said.

That includes types of cuisine as well. “We call ourselves contemporary global because it gives us a blanket to do whatever we want,” Elliott said.

Elliott enjoys the new direction of Hearth Restaurant, which is less formal than its predecessor Quince. Elliott’s first job out of culinary school was at Quince, which he left and then returned to when Hearth took over the restaurant space at the historic hotel The Homestead in downtown Evanston. 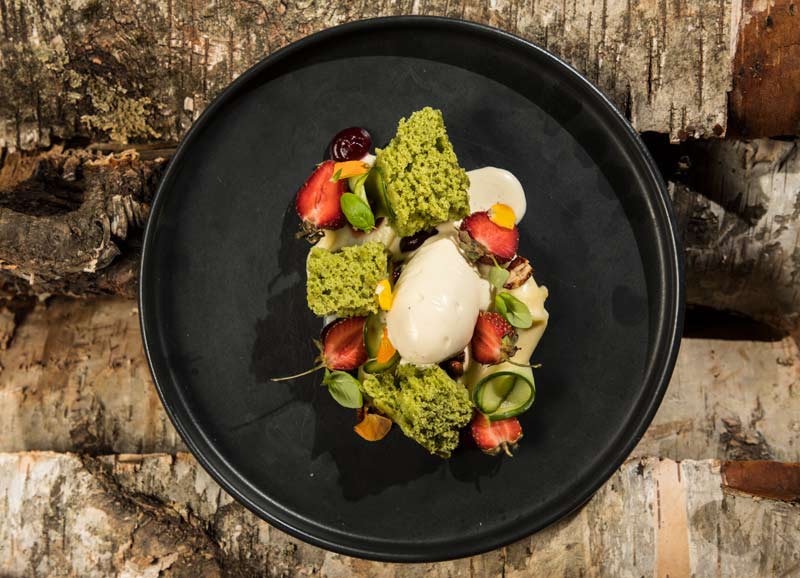 Croissant Ice cream with strawberries, basil and white chocolate pudding at Hearth at the Homestead Hotel in Evanston. PHOTOGRAPHY BY JOEL LERNER/JWC MEDIA.

For more information about Hearth Restaurant & Lounge, as well as the summer chef series go to www.hearthrestaurant.net.