“I think I’m still in shock,” says Hyland, who finished with a time of 2:44:29, ahead of runners projected to win in a competitive women’s field. For the first time since 1985, an American woman—Desiree Linden—took the top finisher’s spot.

This was Hyland’s second Boston Marathon, her ninth marathon overall. She first ran Boston in 2012 in blistering heat and set a personal best achieving 48th place in the women’s division with a 3:06:18 finish. Hyland, originally from Lake Bluff but who now calls Massachusetts home, began looking at the marathon’s weather forecast a few days before the race.

“It wasn’t looking good,” says Hyland who was used to training in the northeast’s brutal winters. “On Sunday night, I just told myself not to look at my watch—just to run my best race.” 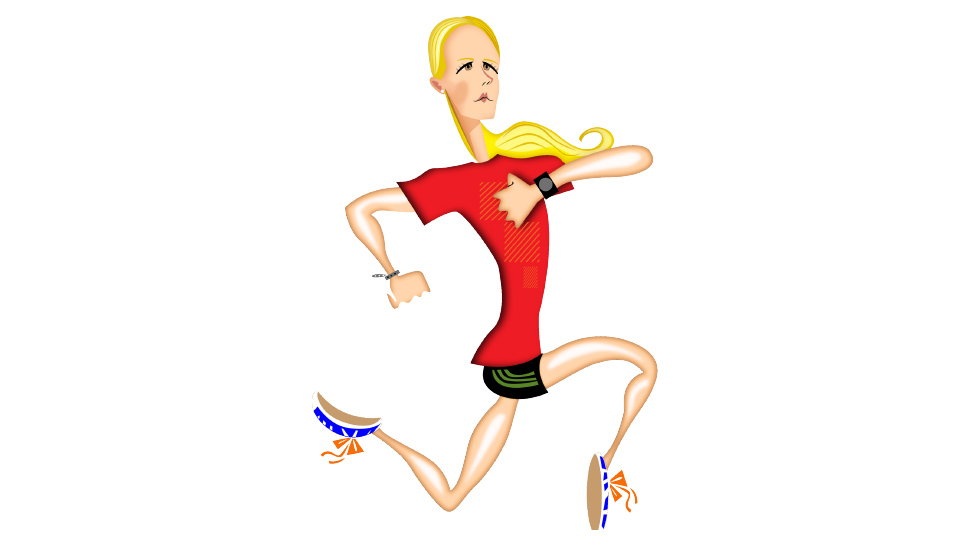 When the marathon began, the elite field of women took off conservatively as a pack to try and block out the weather.

“It felt a little like a jog,” says Hyland. “But the pace was nice and relaxed and I started to realize that I might do OK after all.” At eight miles in, the pack began to break up. But it wasn’t until mile 23 when Hyland ran into her husband cheering her on that she had any sense for her place in the race. “He told me I was in eighth,” says Hyland, “but that didn’t seem possible.”

It wasn’t long before Hyland became a believer when she passed Shalane Flannigan, the American woman who won the 2017 New York City Marathon and who was favored to win Boston as well.

“It was so confusing when I finally crossed the finish line. My arms and legs were completely numb when a volunteer told me I was fourth. I was sure that she had made a mistake,” she says.

Yet there was no mistaking that Hyland had indeed placed fourth claiming a $25,000 prize.

“I’m not sure that I’ll ever be able to top this,” says Hyland reflecting on the race. “I learned that I run really well in bad weather and that I can trust my instincts. I don’t need to rely on my watch to get me across the finish.”

Hyland (who didn’t even take the day off of work as a Spanish teacher and track coach following her amazing marathon finish) plans to continue running competitively, but will first take a brief sabbatical and get some much-needed rest. Long term, she hopes to compete in the California International Marathon in December and then the 2020 Olympic Marathon Trials.

The top five finisher in one of the world’s most iconic marathons credits her ties to Lake Forest and Lake Bluff for her accomplishments today.

“I owe so much of my running success to Steve and Laura Clegg,” Hyland says of her former Lake Forest High School coaches. “They always believed I had this in me. Between them and the Lake Forest-Lake Bluff Running Club, I get to do what I love every day.”