Rick Peterson takes a break from his dance with cancer to inhale a hearty breakfast at Walker Bros. The Original Pancake House in Wilmette.

Leukemia was the diagnosis, back in December. The longtime swimming coach’s voice is raspy, a result of another round of chemotherapy he had endured to attack his dance partner.

“Spent the month of January in a hospital,” the 63-year-old Peterson says. “I’m doing fine, feeling OK. I’m … managing myself. The best way to deal with poison in my body is to eat right, sleep enough, take the right medicine.” 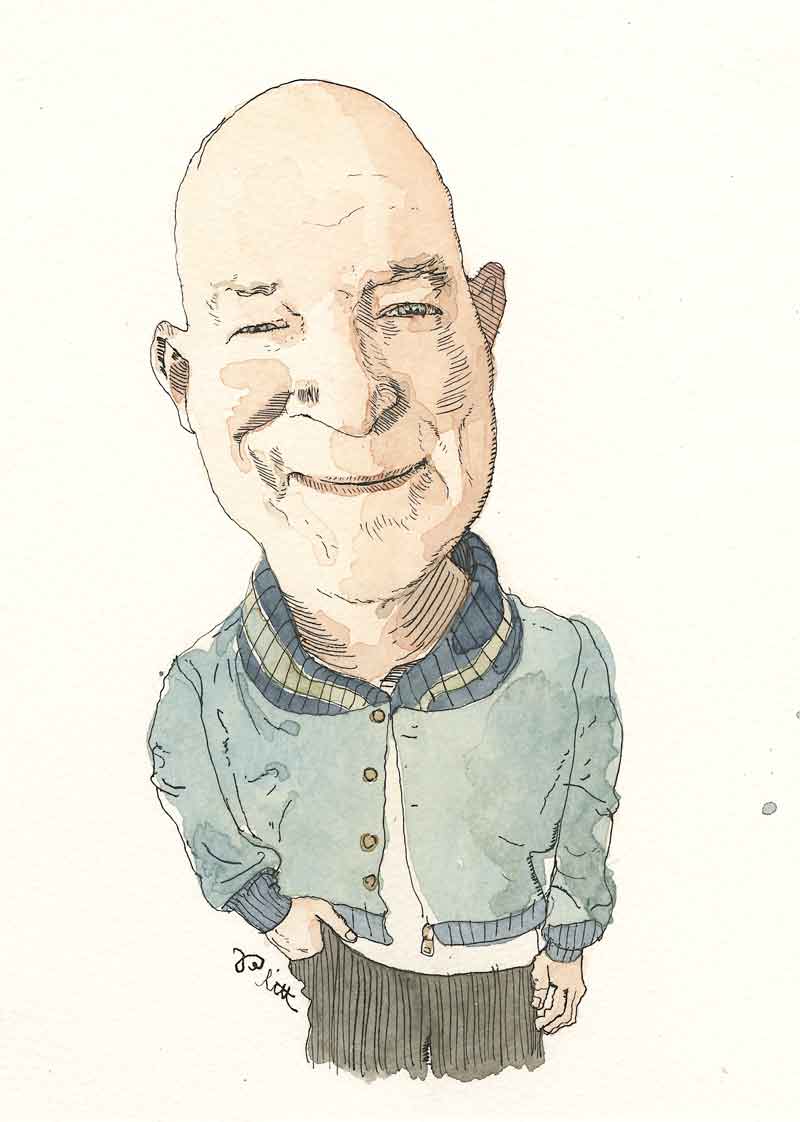 Peterson, a straight shooter, wants zero sympathy. From me, from you, from anybody. One of his many friends and colleagues in the North Shore swimming community pitched a Rick Peterson feature to a local publication. Peterson likes the spotlight on him about as much as a competitive swimmer likes to be disqualified before the start of race.

But he’s here at a table with me, not far from his hometown of Evanston, willing to field all kinds of questions about his 45-year coaching career, about young athletes today vs. young athletes in the 1970s, about the books he loves, about the aha moments he gets to witness from his swimmers on pool decks.

The Alexis I. DuPont (Delaware) High School graduate orders a glass of water, a large glass of skim milk, two poached eggs and a German pancake. Peterson swam competitively in summers only, because DuPont High did not house a pool. When the food arrives, I laugh. The German pancake covers the entire plate, and it looks like a mini above-ground pool.

Peterson was only 16 when he first taught swimming lessons to North Star Club kids in the 8-and-under age group at a community pool in Delaware. He became a North Star head coach three years later.

“I smiled a lot on my first day as a coach,” Peterson recalls. “My goal for the kids was, ‘Let’s learn.’ I showed them techniques, tried to make the lesson fun. I clicked with my 10 swimmers that day.”

After graduating from Bucknell University with degrees in geography and history, Peterson earned certification to teach social studies.

“Things changed dramatically for kids and teens with the appearance of the iPhone,” Peterson says. “There’s one in every youngster’s hand. And yet, kids, I’ve found, are fundamentally the same today as they were when I started coaching in the early 1970s. They’re not different … as long as they’re paying attention to you without their devices getting in the way.”

Rare is the athlete who fully commits to a sport — or any endeavor — before the age of 11, Peterson believes. It’s from the ages of 11-14 when an athlete knows he or she is either in all-in mode or in time-to-look-for-another-activity mode.

“When I see that light go on for a swimmer, see that, ‘I get it now’ moment, I know that swimmer will likely develop intrinsic motivation,” Peterson says. “That swimmer will start arriving at practice early, will stay after practice more often, and that swimmer will ask questions — good questions, important questions. That aha moment I see from a swimmer is more important to me than a swimmer setting a state record or making a national cut in an event.”

In between training sessions and swimming meets, Peterson loves to read baseball books and psychology books. He considers psychology books by Carol Dweck and Angela Duckworth home runs. Dweck wrote Mindset: The New Psychology of Success; Duckworth wrote Grit: The Power of Passion and Perseverance. Dweck compares people with fixed mindsets to people with growth mindsets, showing students, athletes and artists with the latter mindset are more likely to flourish because they believe their abilities can be developed. Duckworth posits that “genius” does not drive success as much as a combination of passion and perseverance does.

“Consistent behavior from a coach is important for athletes, in any sport,” Peterson says. “I’m the same coach at practices as I am at meets. Whenever I go one-on-one with a swimmer on deck, either after a practice or after a race, I give truthful compliments followed by constructive criticism. A compliment opens a mind.

“An athlete’s mind,” he adds, “has to be open in order for the mindset to grow.”

“You know what?” the ever-positive Peterson says. “Three swimmers at GTAC are cancer survivors. Why shouldn’t I be able to handle it and survive it, too?”

The water man has a surfeit of optimism.

“I’m seriously thinking of watching my swimmers compete at a meet this weekend,” Peterson says.

He continues to dance.