LAKE BLUFF – When two Lake Bluff residents learned the playground at Artesian Park was being replaced, they each decided to stop by and see if the excavation uncovered anything interesting.

Nan Wick, a resident of Lake Bluff since 1958, has been collecting old beer cans with her son since the 1970s and always has her eye out for a good find.

Wick happened to walk by the park one day when the gate was open, and she asked one of the workers if she could take a look. It turns out, the workers had been storing bottles they found during the project in a pile under a tarp. It took Wick about two to three trips to sift through the roughly 200 bottles that had been uncovered, choosing the bottles she thought were the most interesting.

“Basically because I am a collector at heart, is why I got going on this,” she said. 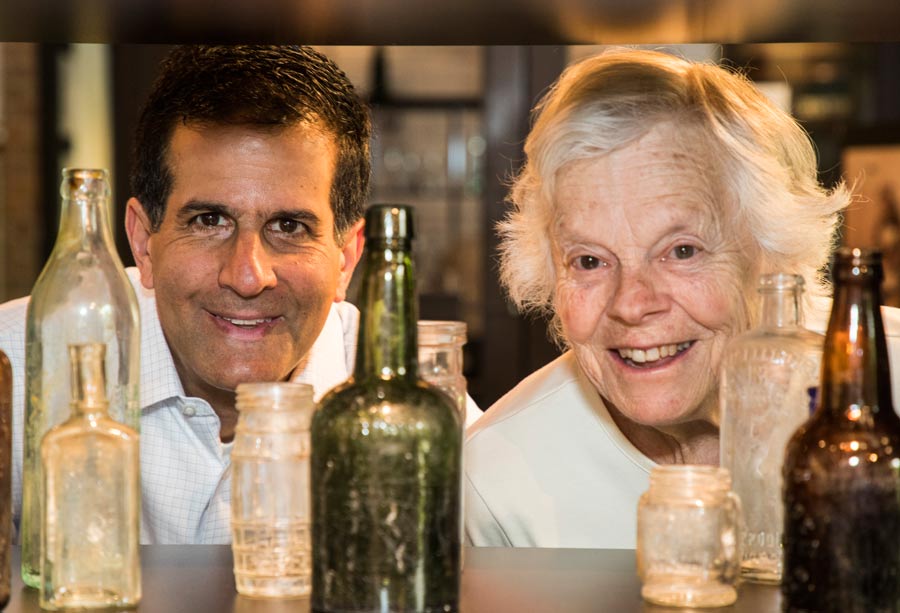 Likewise, Michael Peters also visited the construction site to see if he could find some old bottles. Peters, a physician, grew up in Lake Bluff and knew the park once served as the village dump. He suspected he would find old bottles at the site — Peters collects antique bottles and is particularly interested in medicinal bottles — but was shocked by how many were there.

“I was fully expecting to find bottles but I didn’t expect to find so many,” he said. Like Wick, Peters sifted through the collection, looking for bottles that were embossed or handblown.

Eventually, both Peters and Wick got in touch with the Lake Bluff History Museum, which now has a new display of select bottles in its new exhibit, “Found in Lake Bluff.” Peters also contributed bottles that were found around east Lake Bluff, frequently in friends’ and neighbors’ yards.

The bottles on display date from as early as the late 1800s all the way to 1976, according to Pam Russell, vice president of the museum’s board of directors. Two of the bottles are from when a train derailed in Lake Bluff in 1976, carrying Hamm’s beer. But many of the bottles hark from a much earlier time. A wine bottle from the late 1800s was found, which is remarkable since the village was the site of the Methodists’ Lake Bluff Camp Meetings at that time, and the Methodists prohibited drinking, Russell noted.

A number of medicine bottles were also found, one from the Naval Base Great Lakes; others held ingredients that were supposed to help all types of illnesses such as wild root, Dr. Price’s Delicious Flavoring Extract and castoria. Peters noted that just like today, historically there were a lot of nonprescription medicines that could be purchased, many at local pharmacies.

All sorts of interesting bottles were found, such a milk bottle from Crabtree Farm, ink bottles, soda bottles, as well as a ballast bottle, used on ships, Russell said.

Russell suspects many of the bottles are from when the site served as the village dump, but she also thinks some bottles may have been tossed into Artesian Lake. In 1883 the drilling of an artesian well created a lake on that site, which existed until 1904, when the railroad built an underpass that caused the lake to drain, according to the Lake Bluff Park District’s website. The area was used as a dump until the 1930s, when the Park District decided to convert the area into a recreational park, as it is used today.

The recently discovered bottles are a hands-on example of that history for residents and others to enjoy. “(The exhibit) is just making the connection with what people ate and drank and the culture back then compared to today. Some things are still around today and some aren’t,” Russell said. 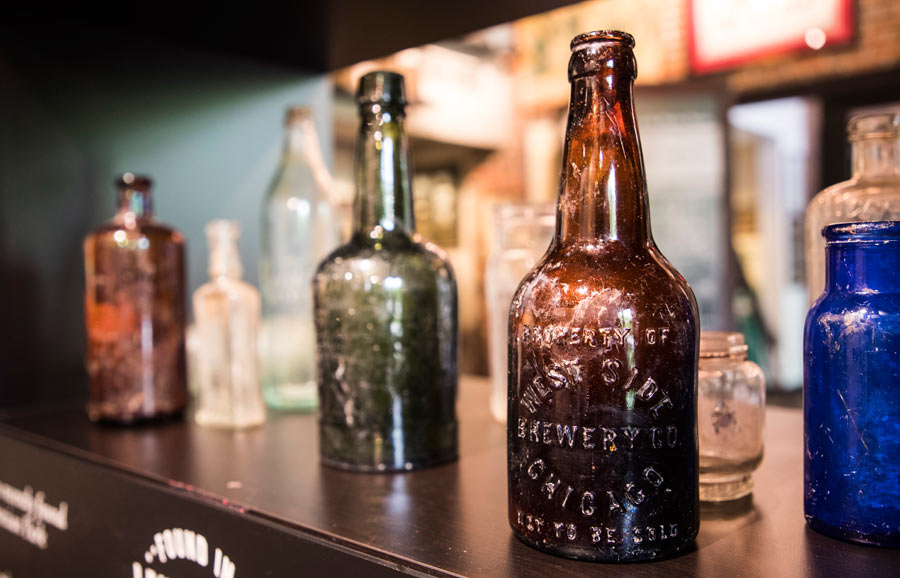 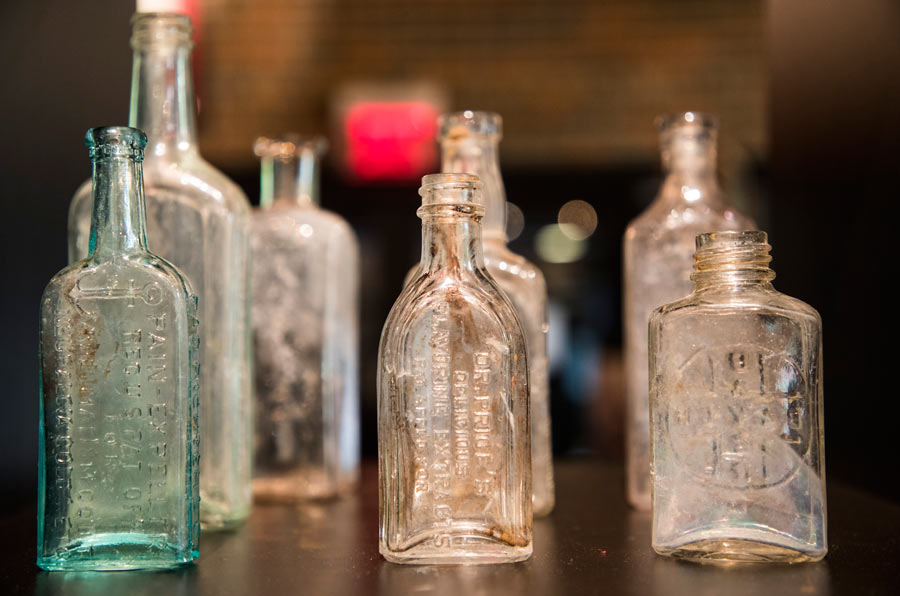 Some of the bottles unearthed at Artesian Park are on display at the Lake Bluff History Museum. PHOTOGRAPHY BY JOEL LERNER/JWC MEDIA.

For more information about Found In Lake Bluff and the Lake Bluff History Museum go to www.lakebluffhistory.org.