Video-game fads come and go. Mario Kart, Minecraft, and Pokemon Go have all had their 15 minutes of red-hot fame. Remember when every child in America desperately wanted a Nintendo Wii? (Cue tumbleweeds.)

But no game has struck fear in the hearts of parents quite like Fortnite,  the newest video game craze – released by Epic Games in July 2017 – that’s swept the nation, turning not just teens, but also college students and adults into serious gaming addicts.

Fortnite is a game for PlayStation 4, Xbox One, Windows, Mac and mobile that offers players two modes: a solo version called Save the World, and the hugely popular multiplayer version called Battle Royale.

According to recent statistics published in The New York Times, Fortnite generated more than $223 million in March 2018 alone – up 73% from February – making it the largest free-to-play console game of all time in terms of revenue generated and monthly active users.

“It’s the thing now,” said Winnetka resident Jill Andrews, who has two daughters in college, one in high school, and a 7th grade son. “You’re seeing it in every frat house, dorm room and basement.”

Described by the Times as a cross between Minecraft and the Hunger Games, Fortnite is all about survival in a post-apocalyptic world. It drops 100 competitors on an island and requires them to scavenge for weapons, build defensive structures, and eliminate opponents in a virtual quest to remain the last player standing. The game is free and operable on gaming systems as well as mobile devices, but players pay for micro-transactions like skins for weapons and costumes for characters.

While Fortnite is often described as a “social experience,” with friends teaming up to game in pairs or fours, Fortnite players are never together physically; they communicate via an open chat function on their gaming console or PC.

Common Sense Media recommends Fortnite for teens 13 and up, primarily because of the open chat and action violence.

Even more tricky is the fact that Fortnite cannot accommodate two players on the same console – a big cause for concern among local parents.

“My son’s friends used to gather in groups or all end up in someone’s basement,” said Andrews. Then they started racing home from school alone to play Fortnite – even on a beautiful day.”

Andrews and her husband didn’t realize the impact Fortnite was having on their son’s social life until his Xbox broke.

“We were on the fence about whether or not to replace it,” admitted Andrews.

They soon realized that without access to a gaming console, their son had nothing to do. Hockey season was over, and all his similarly active, athletic buddies were home, alone, playing Fortnite.

“That was the weird part to me,” said Andrews. “I thought, ‘this is bizarre.’”

Clinical psychologists are weighing in on the Fortnite phenomenon, too.

“The increased number of hours spent in this virtual world, and even in a non-violent virtual world, children are not developing the skills they need to successfully navigate the real world,” said Dr. Renee Dominguez, executive director of the Family Service Center, a non-profit mental health agency serving Wilmette, Glenview, Northbrook and Kenilworth. “Without the face-to-face interactions, many things are lost, not the least of which is empathy.”

The Andrews ultimately decided to replace the Xbox, but not without setting firm parameters in partnership with other parents in their son’s friendship group.

“We got together and said ‘we have to talk about this Fornite thing, but we have to be on the same page or it won’t work,’” said Andrews.

Now, said Andrews, her son and his friends hang out after school in groups, working together to complete their homework – a strict prerequisite for playing Fortnite. Gaming can start at 5:30 p.m., and the first “time’s up” warning shot gets issued to the group at 7:15 p.m.. By 7:30 p.m., consoles are off.

But Andrews and other concerned parents may have an even bigger behemoth to vanquish. Fortnite is fueling a nationwide appetite for eSports arenas, large venues where people gather not only to play video games, but also watch others play in large, organized tournaments.

Across the country, disused malls, movie theaters and storefronts are being converted into neighborhood eSports venues.

GameWorks, a California-based national chain of entertainment centers, has already rolled out eSports arenas in Denver, Las Vegas and Seattle. Next month, Gameworks will break ground on a dedicated eSports facility at its Schaumberg location, scheduled to open this August.

“A core central theme for the new vision of GameWorks is eSports,” said GameWork’s CMO Greg Davis. “From our venues to a mobile eSports service, we have a huge commitment to this.”

GameWork’s expansion will include 10,000 square feet of dedicated eSports space, with half planned for tournaments and the other half to be a “game agnostic” space hosting 60 PCs, 20 Xbox consoles, and 20 PlayStation consoles.

“Fortnite and PlayerUnknown’s Battlegrounds will be a big focus,” said Davis. “The facility will be full eSports ready for camps, classes, parties and walk-in traffic.”

And what does Andrews think her son will make of this new development?

“I can guarantee you, he’ll be there,” she said, laughing. 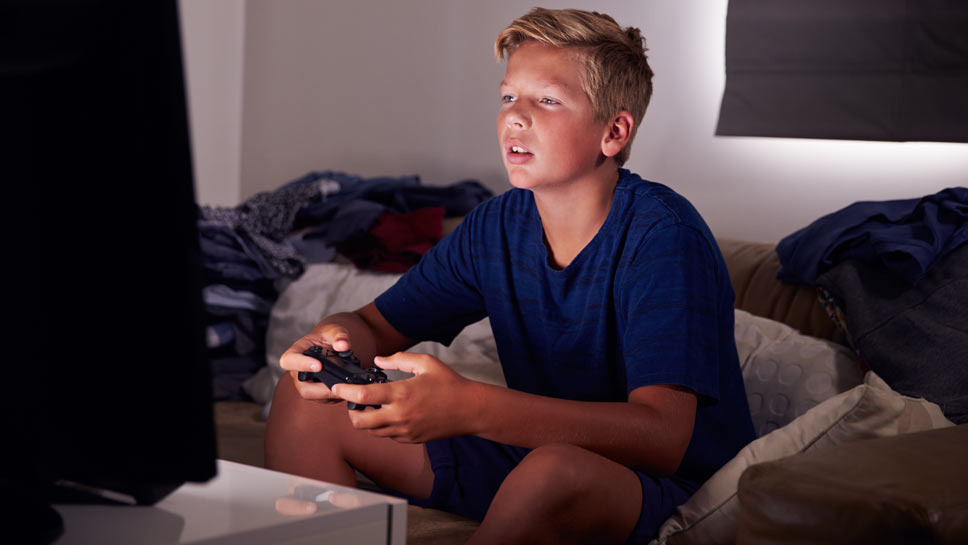