It was 1969. The year of Vietnam, Woodstock, The Beatles, and Neil Armstrong’s iconic walk on the Moon.

It was also the year that two brothers from Greece, Peter and Taki Adamis, purchased a small home on Waukegan Road in Glenview with plans to transform the residential property into a neighborhood watering hole. The brothers named their tiny, nine-table diner the Valley Lodge Tavern, and modeled the menu after a classic Greek taverna, serving gyros – freshly cooked on a spit – kabobs, burgers and ribs.

Much has changed in the five decades since Valley Lodge Tavern opened its doors. Waukegan Road, once covered in dirt, is now a busy thoroughfare; Glenview’s Naval Air Station, whose soldiers once packed the tavern on weekends, gave way to retail, restaurants and town homes when The Glen opened more than 20 years ago.

Valley Lodge Tavern has changed, too. In 1977, the Adamis brothers built an extension that doubled the seating of the original brick and clapboard taverna from 50 to 100, adding a dramatic trussed ceiling and natural stone fireplace.

By 1997, when ownership of Valley Lodge had passed to the Stavrou Family, the tavern had morphed into a full-service family restaurant with large tables and built-in leather banquettes. Business was good. 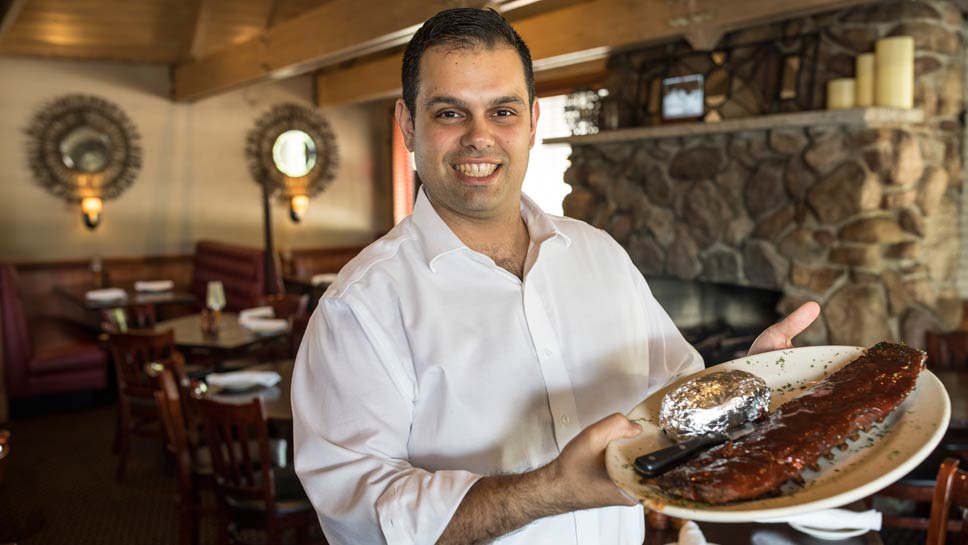 “We’ve kept a lot of the Greek traditions going,” said Valley Lodge general manager, Chris Stavrou – nephew to owner, Bill Stavrou. “All of our cheese and olives are still imported from Greece.”

Valley Lodge Tavern’s rotating menu of daily specials also mixes the new with the old. On a recent Friday night, sushi grade, pan-seared Ahi Tuna topped with a sesame ginger sauce and served with teriyaki vegetables was featured along with Athenian Style Whitefish, pan-seared with a lemon oregano Greek sauce.

On Sundays, the chef at Valley Lodge Tavern always roasts a leg of lamb; on Thursdays, the specialty of the house switches to Jimmy D’s Fried Chicken, an old recipe supplied by a Stavrou Family friend, whereby the chicken is brined for 8 hours before cooking.

Valley Lodge Tavern’s loyal clientele know to make a reservation, particularly on weekends after 5pm. Large groups of walk-ins typically cool their heels at the tavern’s lively 15-seat bar, where Blackhawks games are must-see TV during hockey season, and the restaurant’s cozy gas fireplace keeps guests warm when the temperature dips below 50F.

“We tell people without reservations to come on in and wait at the bar,” said Stavrou. “By the time you finish your first drink, your table will most likely be ready.”

Many of Valley Lodge’s employees have been with the restaurant for nearly three decades, a point of pride for the Stavrou Family.

“It’s one of the things that makes us special,” said Chris. “We get to know who you are and what you like, so when you walk in the door, we’ll pour it for you right away.”

The bar offers a menu of craft cocktails, including the Valley Lodge Signature, a house version of the classic Cosmo. The tavern keeps seven beers on tap, ranging from the light and fruity Blue Moon Belgian White, to the thick and frothy Guinness. 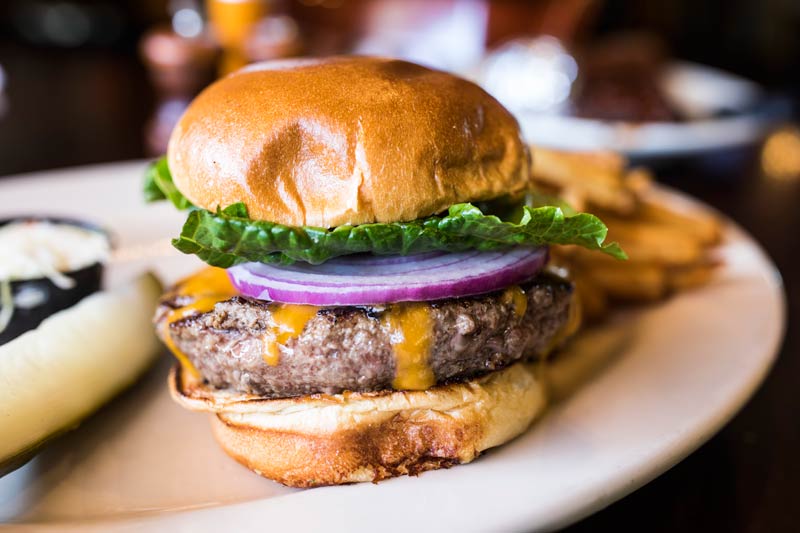 After decades of success in Glenview, Valley Lodge Tavern’s owners opened a new location in Wilmette in 2014, hoping to reach a wider audience. Featuring the same menu as its Glenview sister restaurant, Valley Lodge’s Wilmette branch is considerably larger than the Waugekan Road location, with outdoor seating and space for private private parties. Still, says Chris Stavrou, many of Valley Lodge’s longstanding customers still make the journey to Glenview to eat in the original location.

“We’re mostly a local establishment, but we do have customers who come from as far away as Lake Forest, Mt Prospect and Morton Grove,” said Stavrou.

With a half a century of success under its belt and the new, second location in Wilmette, Stavrou says the owners of Valley Lodge have no plans to tinker with their winning, neighborhood restaurant formula.

“Right now were staying on course,” said Stavrou. “Why would we change anything when we’re already doing so well?”