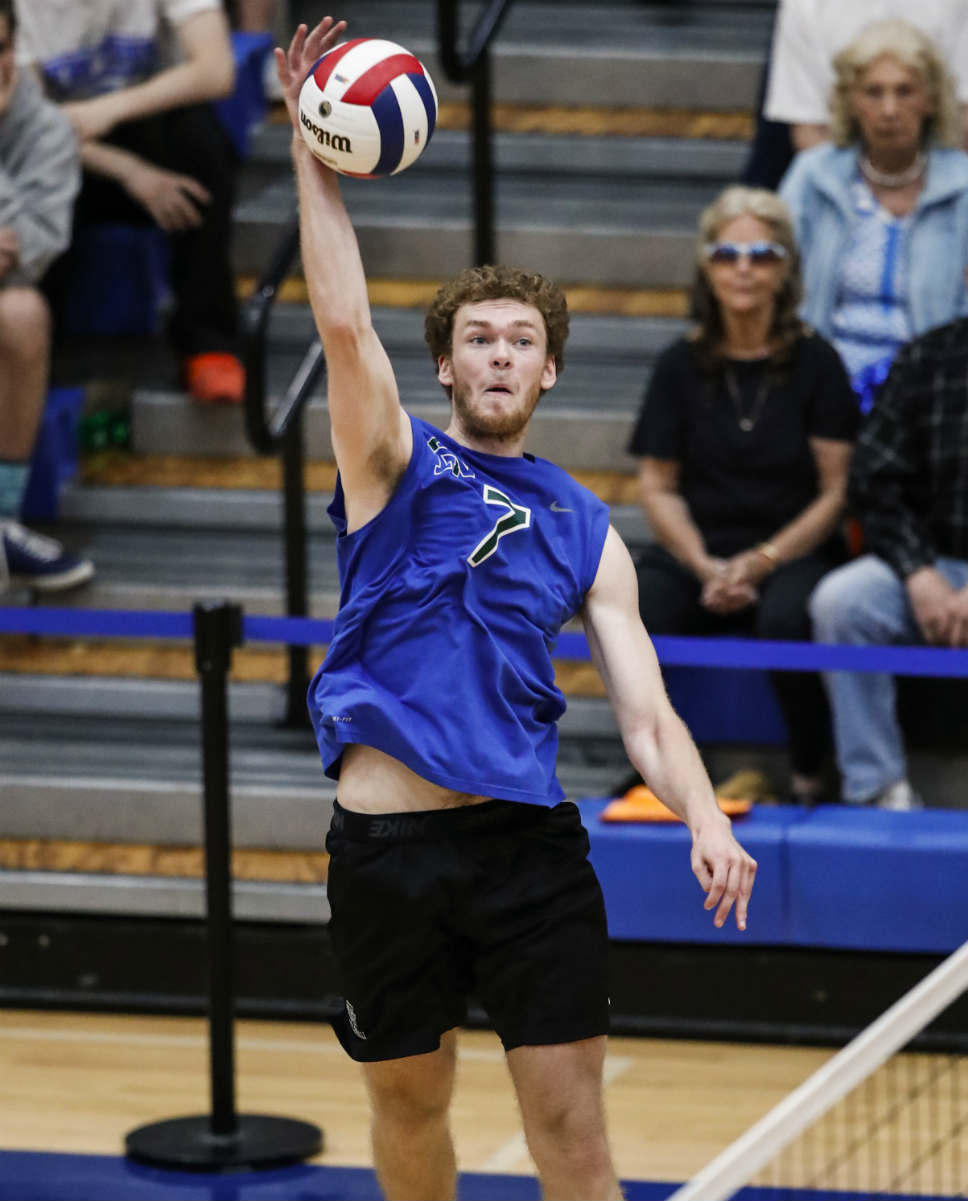 Jay Saravis had just smacked an ace in a boys volleyball state semifinal.

The New Trier junior outside hitter raised his arms briefly and then looked down at hardwood, again briefly, at Hoffman Estates High School June 2. The service winner had given the Trevians a 21-19 lead in the second set of a three-setter with eventual state champion Lincoln-Way East.

His reaction to his ace — in a sport synonymous with deafening and histrionic post-point celebrations — was understated, mellow, cool.

Or Jay Saravis, in a nutshell.

Saravis dubbed himself “a huge surfer” after NT’s 14-25, 25-22, 25-17 semifinal loss to L-WE. He planted his bare feet to a surfboard for the first time eight years ago in California.

“Fell in love with surfing right away,” recalled the second-year varsity member.

Unfortunately for New Trier’s Trevians last weekend, LW-E’s Griffins (38-3) caught a wave of momentum midway through that semifinal and kept riding it to snap NT’s winning streak at 15 matches.

NT led 17-12 in the second set, before L-WE responded with a 6-1 run. Griffins senior libero Blake Boykin made several sensational digs to keep points alive in the match-turning stretch.

Following NT’s quarterfinal win June 1, the topic of Saravis’ tranquil demeanor came up in the post-match presser. His coaches and teammates appreciated it in practices and in matches, especially in matches, when a levelheaded, calm presence is always comforting in an emotion-packed sport.

“Jay is humble, always poised and laser-focused,” Trevians coach Sue Ellen Haak said of the Trev who contributed a team-high four digs in last weekend’s state semifinal and a pair of aces in the third-place contest.

The last subject the selfless Saravis wanted to address was Saravis, but he admitted his attack game had picked up some steam at the end of the regular season.

The team’s leader in aces (36) then quickly followed that up with a caveat:

“It’s been a whole team effort, all season,” Saravis said of the program’s fourth run to the Final Four. “We’re not a solo act.”

More than one — many more — greeted Saravis warmly in a Hoffman Estates High School lobby after the tough semifinal loss to LW-E last weekend. The throng of Jay Saravis fans was 10-12 strong, many of them family members.

Saravis hugged most of them, thanked them for attending and smiled with all of them for a group photo.

He politely left the throng to rejoin his teammates, who had congregated outside in the parking lot. They had some time to kill, a lunch to eat, before taking on Glenbard West for third place at state.

Saravis, no doubt, was thinking mostly about one thing: the next point. 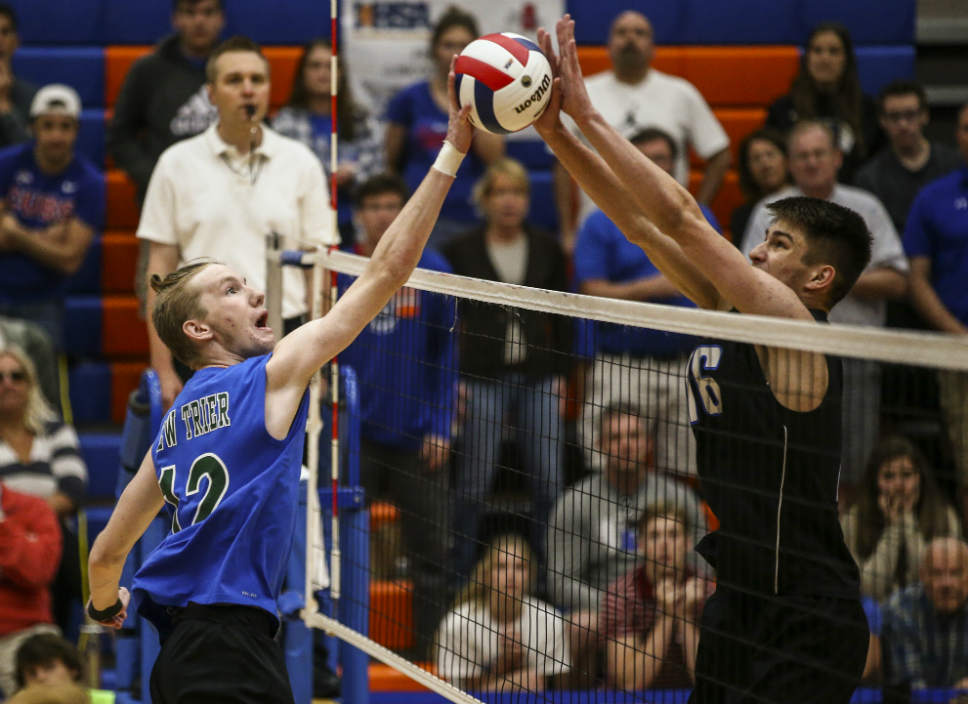 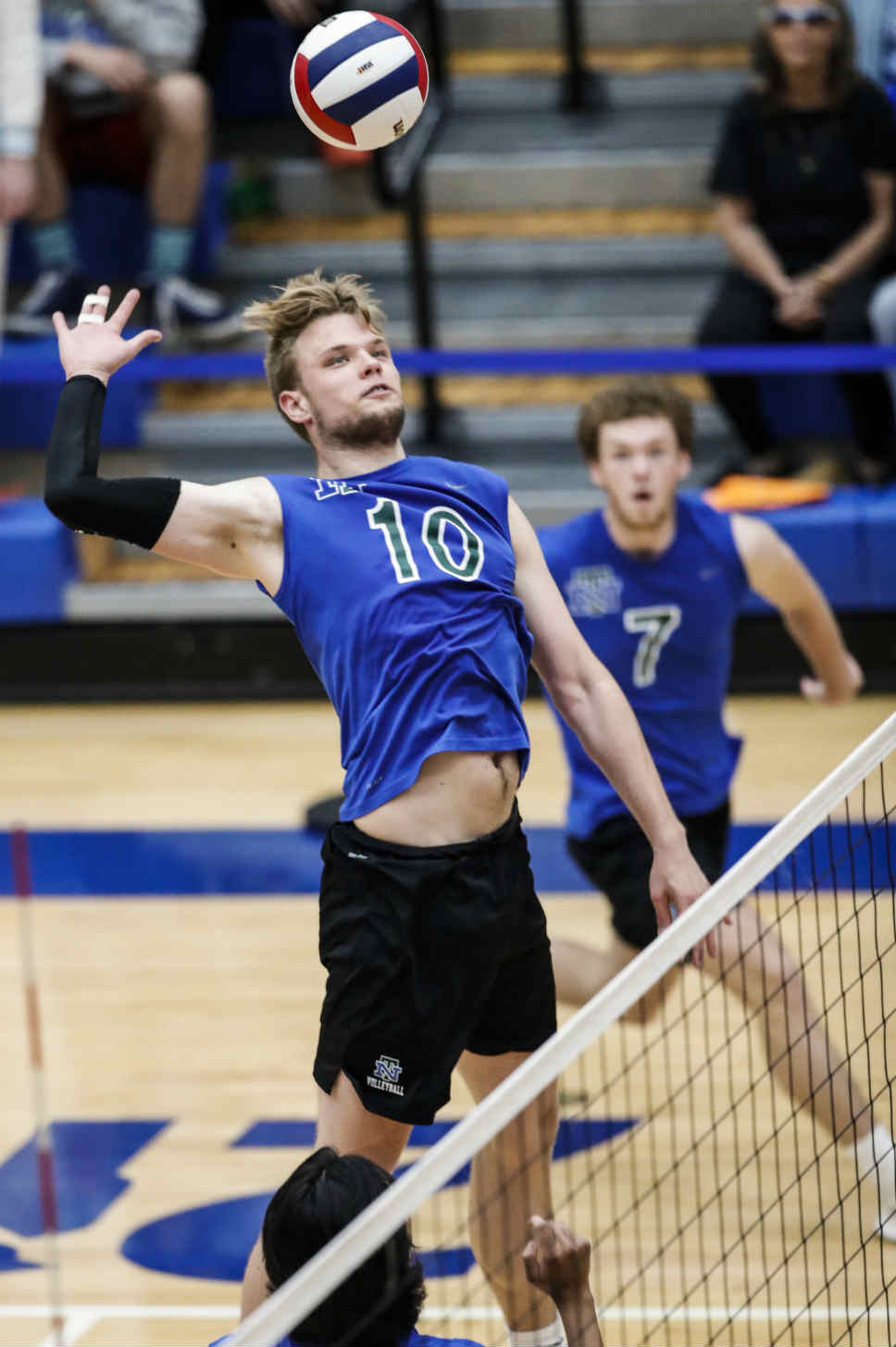 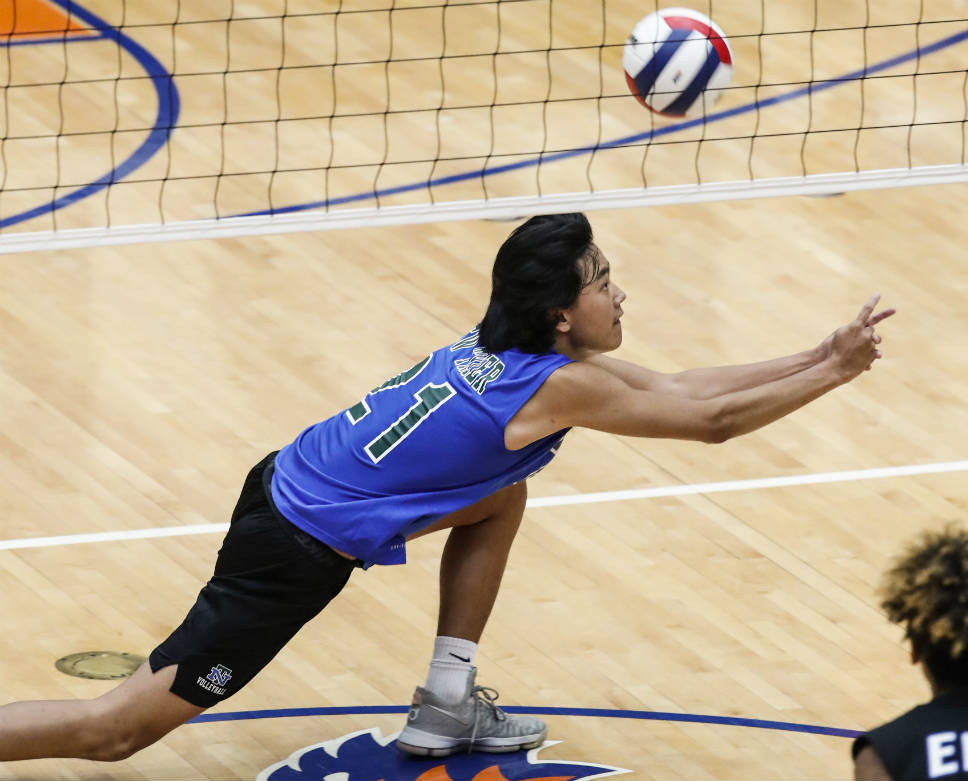 Tergel Gandelger of the Trevians bumps the ball. PHOTOGRAPHY BY JOEL LERNER 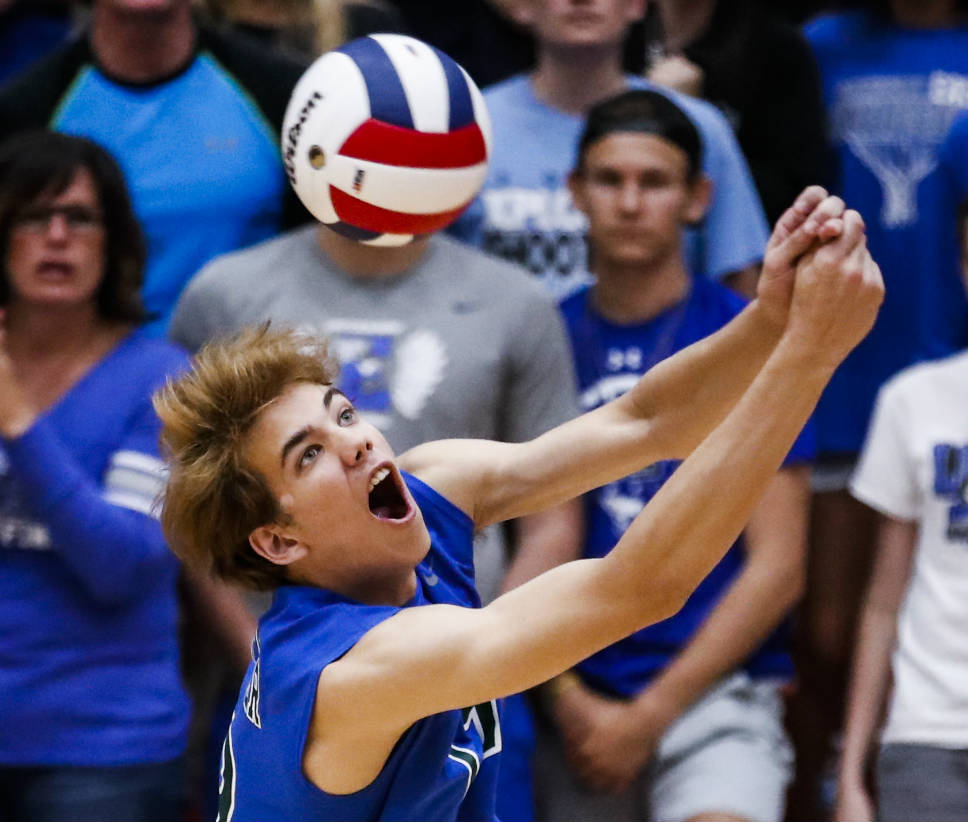 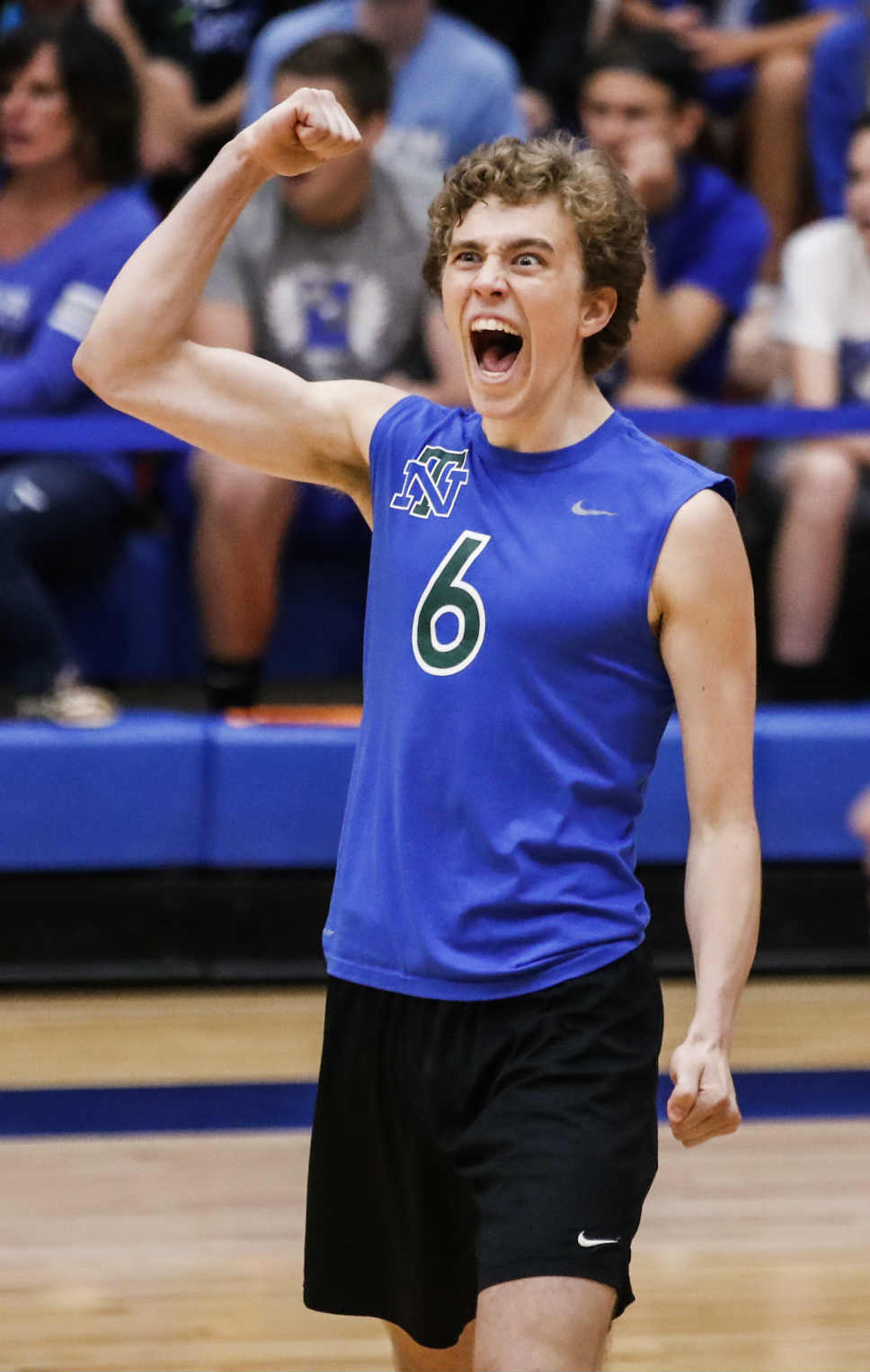 Tennessee Fulks of the Trevians reacts to a point. PHOTOGRAPHY BY JOEL LERNER 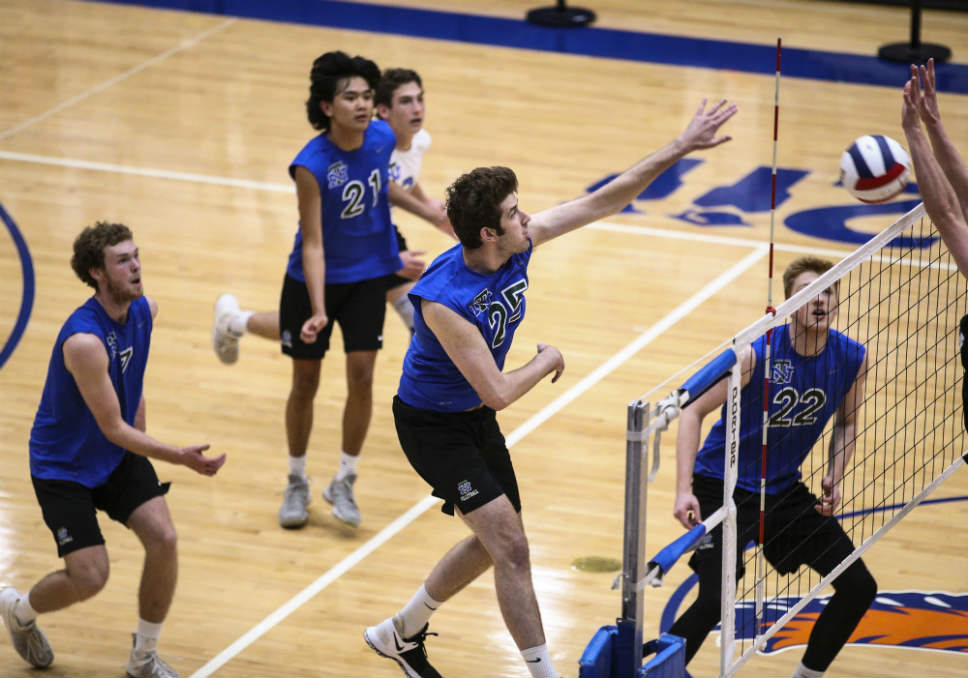 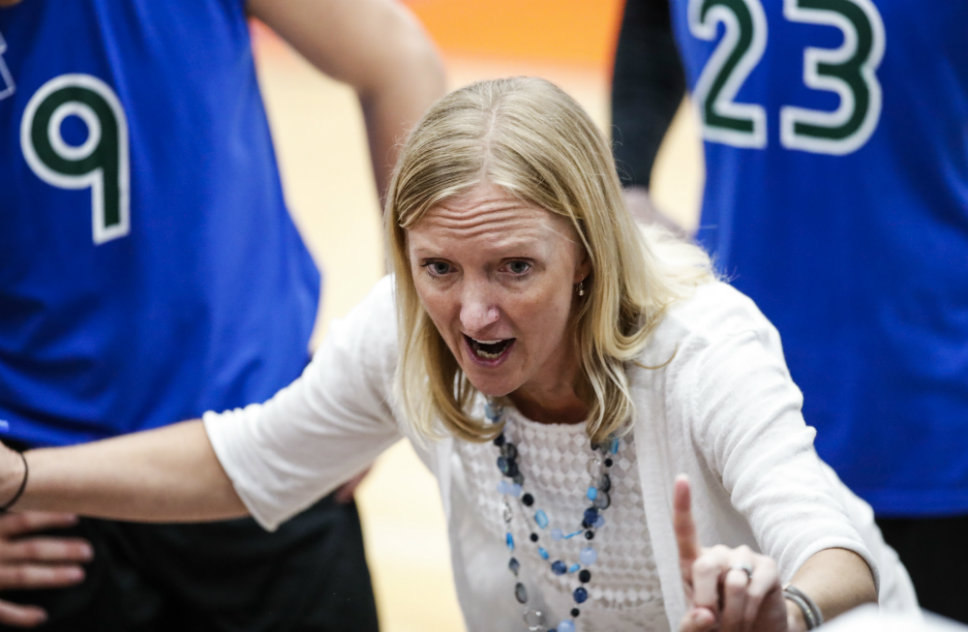 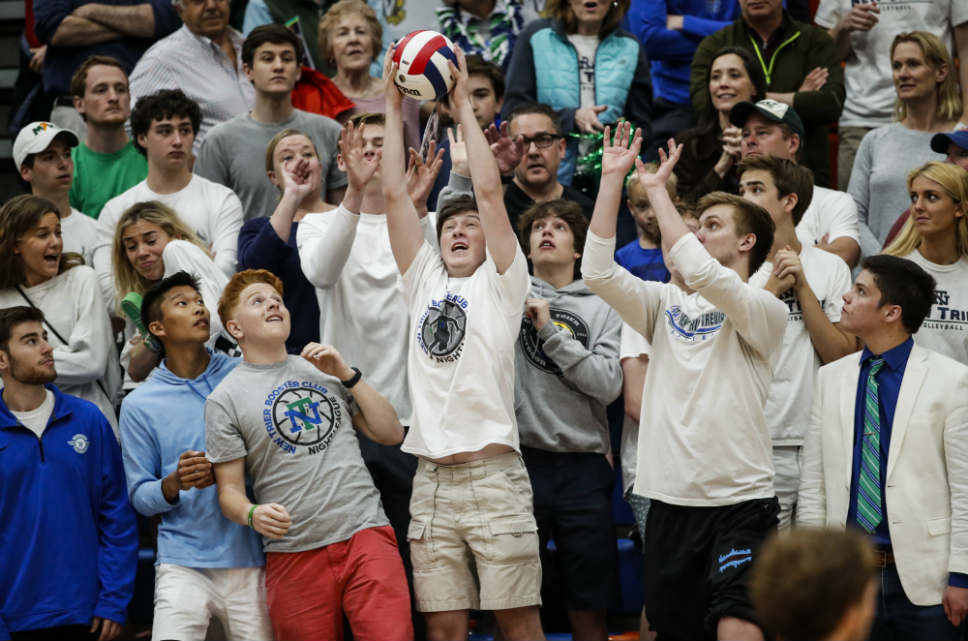 A New Trier student makes a catch in the stands. PHOTOGRAPHY BY JOEL LERNER