The late film producer Allan Carr, a Highland Park native, was known for his creative flair and his fondness for caftans. His film work ran the gamut from boffo box office fare such as the 1978 John Travolta/Olivia Newton-John movie musical Grease to outright disasters including Grease 2 (starring Michelle Pfeiffer) and the Village People vehicle Can’t Stop the Music. His tarnished Midas touch also extended to TV (the legendary 61st Academy Awards ceremony featuring the Rob Lowe/Snow White opening number). Additionally, Carr was capable of redeeming himself as he did with the Tony Award-winning original Broadway production of the musical La Cage Aux Folles. Carr’s fascinating story is told with equal parts sensitivity and humor in filmmaker Jeffrey Schwarz’s documentary The Fabulous Allan Carr (Automat Pictures), available on VOD and DVD in June 2018.

The North Shore Weekend correspondent Gregg Shapiro spoke with Schwarz about the doc in late May. 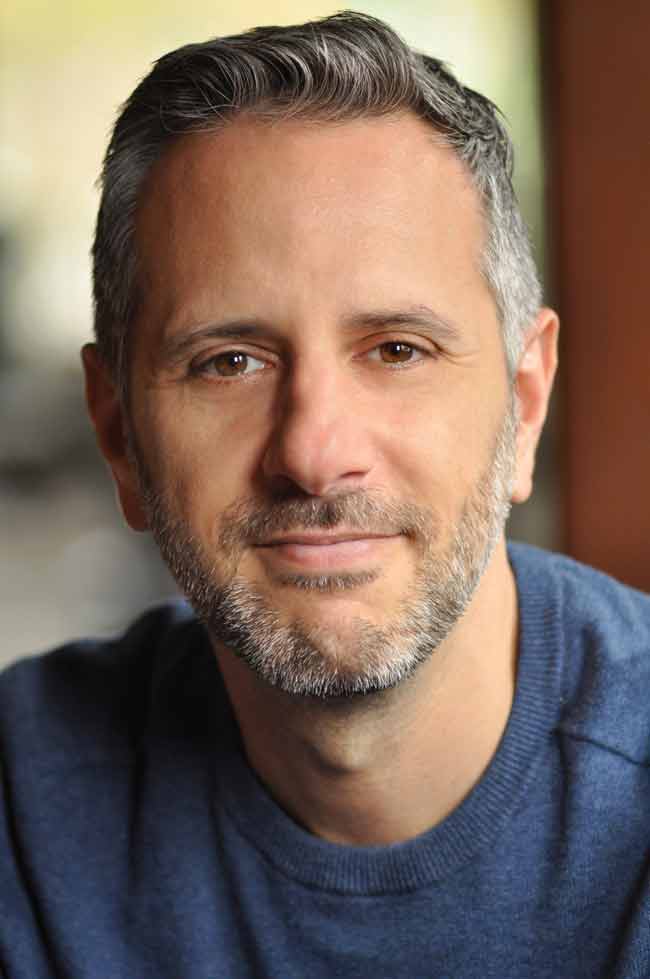 Jeffrey Schwarz: I feel that a lot of these folks are fascinating individuals and that their stories are a window into a place and a time and larger social issues the times reflect. They’re all bigger-than-life personalities. I always look for a subject that can hold the screen and hold your interest and fascination for 90 minutes. These are people, flaws and all, that you root for. Allan Carr certainly was one of those people. He was a person who was very complicated and also very likeable. You want to go on this right, hopefully, with him. Through all his ups and downs.

GS: The films I mentioned are all documentaries. Have you ever considered making a dramatized biopic, and if so, who would you have chosen to play Allan Carr?

JS: That’s a really good question. I have thought about that and I am developing a few things. But I don’t really look at the documentaries as being any different than a scripted narrative film. I’m telling a story. They have a traditional three-act structure with a central character who is your hero. It’s the same rules of drama that apply to a documentary as they do to a scripted feature. In terms of who would play Allan, probably Nathan Lane.

JS: It depends which era. You’ve got the young Allan, the middle-aged Allan and the old Allan. He’s such an amazing actor, I’m sure he could pull it off. 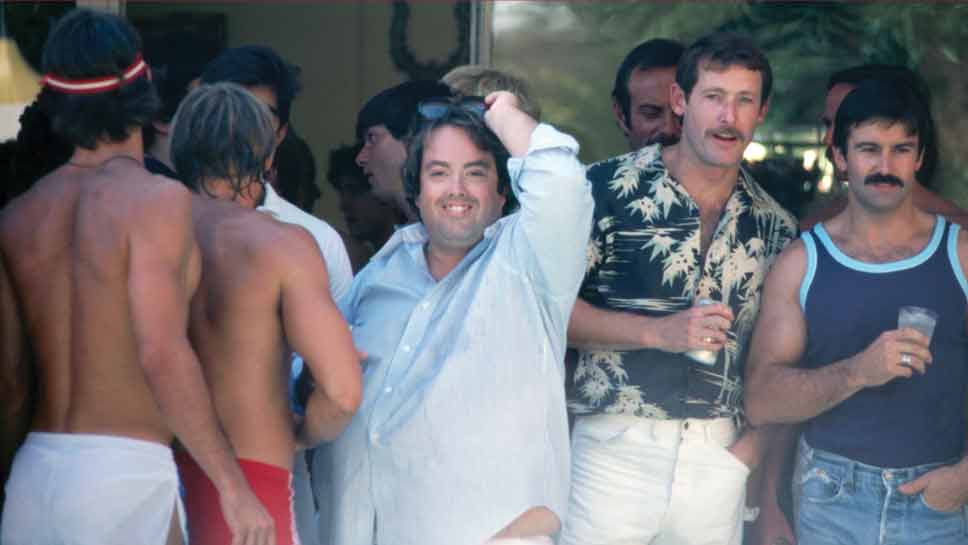 Allan Carr in a photo by Wes Wheadon

GS: Allan Carr, the subject of The Fabulous Allan Carr, grew up as Allan Solomon in Highland Park. He changed his name at a time that such a thing was popular in Hollywood. For example, Mel Brooks was Melvin Kaminsky. Would you say that the name change necessity is less applicable for those behind the camera, such as yourself, than for those in front of it?

GS: It’s interesting because Allan Carr was not an actor. Generally, a name change in Hollywood was something that actors would do. Allan was a producer. It’s very unusual for a producer to put himself out front the way that Allan did. To create a personality around the name. He knew he wanted to see his name up in lights, not as an actor but as a producer. He changed his name to Carr, which rhymes with star, and that helped him achieve his goals.

GS: The doc features some footage from Allan’s time as a student at Lake Forest College, including his 1958 Forester yearbook. Can you please say something about the importance of including that specific content?

JS: We went to Lake Forest to film our interviews with some of Allan’s friends from those days. We were welcomed with a red carpet. It was a wonderful experience! In talking to Allan’s friends, it was important to talk about that period of his life. You really do see the seeds of what he would later become. He started giving parties there. He started having close relationships with women. He would tell them how to dress and how to do their hair. He was a confidant. He later became a confidant to a lot of wonderful women in Hollywood. We also wanted to deal with the closeted era of the `50s and how it was an unspoken understanding, even between gay men, that they wouldn’t even talk about it amongst themselves. But they knew there was something they had in common. We interviewed one of Allan’s friends from that period (in the doc).

GS: I’m glad you mentioned the parties, because Allan was known for throwing great and well-attended parties when he was in school, where all the various social groups mingled. Do you think that’s how he got so good at throwing the kinds of parties he threw in Hollywood? 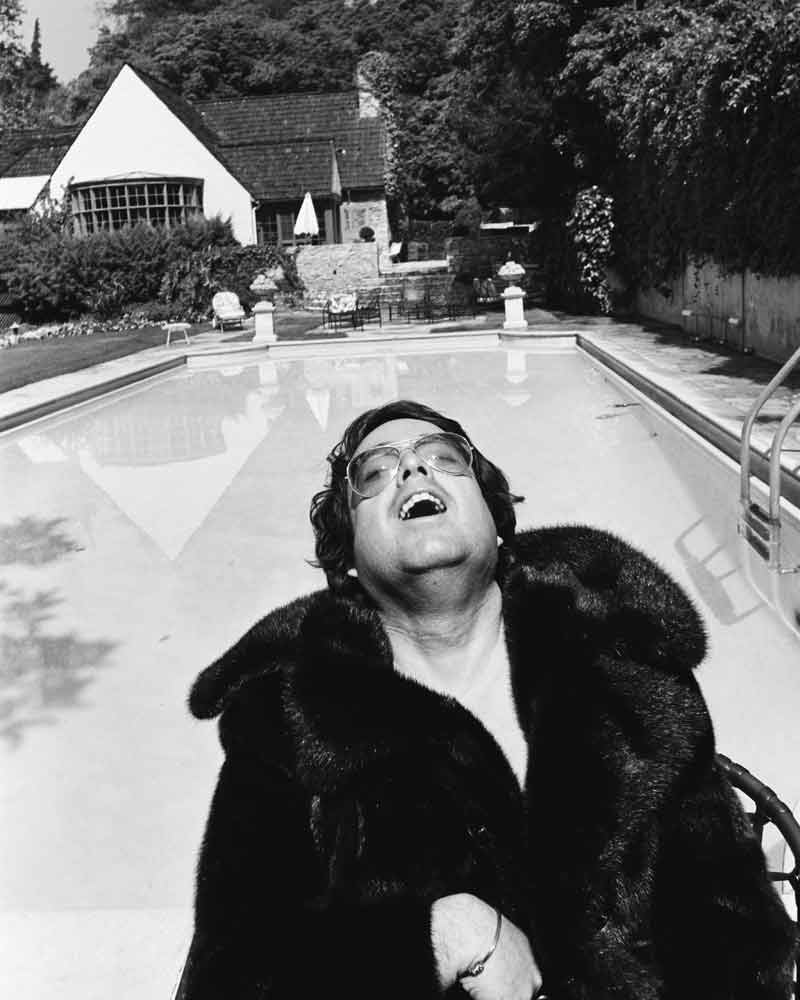 GS: Allan is described by someone in the doc as being “animated”. Does that have anything to do with the way you incorporated animation into the movie?

JS: Yes, that’s a great point. We wanted to do something unusual with the way we told the story. We decided to create little animated vignettes to illustrate these moments in his life. Because he was such a bigger than life character and a lot of people thought he was cartoon character in his flamboyance and the way he dressed and behaved, we thought it would translate well to animation and it really did. I had a brilliantly talented animator named Sean Nadeau who created an Allan character. Hopefully, it gives the film a whole other dimension. I look at these films that I make as entertainments. I want to keep the audience happy and engaged and emotionally invested. The cartoons are a fun thing I thought people would enjoy.

GS: Allan’s first huge cinematic success was the 1978 movie version of Grease. Aside from being about the time that Allan was a teenager, do you think that the show’s Chicago roots played a part in his desire to make the movie?

JS: Yes, that’s true. Although the original musical had a much grittier feel than the movie. That was intentional on his part. He loved the old-fashioned musicals, the movies he grew up with. He saw musicals as a way to entertain people and also forget their troubles. He saw the period that he was living through in the late ‘70s – post-Watergate, post-Vietnam and everyone’s depressed, and the movies were depressing, too. He wanted to infuse movies with some color and some fun and glamour. That’s what he did with Grease.

GS: Who do you see as the target audience for The Fabulous Allan Carr?

JS: That’s a good question. I don’t think he’s a name most people know. We’re trying to appeal to an older generation who experienced his showmanship firsthand. People who loved Grease, people who loved Can’t Stop the Music and (the original Broadway production of) La Cage Aux Folles. People who are interested in his kind of entertainment. Also, a younger generation who might be not familiar with him might be attracted by the outrageousness of him and all of his crazy stunts. He was in the pre-Twitter age. Everything he did was to get attention. He cultivated a persona, kind of the way a lot of younger people do online. I thought that would be interesting to see. I try to make the films to appeal to as broad an audience as possible.

GS: Have you started working on your next film project?

JS: Yes, I’m working on one now called Swanson on Sunset, which is a true story documentary about Gloria Swanson’s attempt to produce a musical version of Sunset Boulevard back in the 1950s. Decades before Andrew Lloyd Webber had the idea. She was working with a couple of young composers who were also a gay couple. She had a crush on one of them that led to a love triangle and the whole thing fell apart. It’s a very juicy story!