“It has become a summer tradition to attend Bitter Jester concerts on Friday nights in Downtown Highland Park and the Grand Finale Concert on the 4th of July at Wolters Field, says Nancy Rotering, Mayor of the City of Highland Park. “The work done by the Bitter Jester Foundation for the Arts is incredibly positive and healthy for our youth and the City looks forward to continuing its support in the future.”

The festival features one hundred musicians every summer from fifty different cities and over two dozen bands including non-competing showcase artists. On July 13, Navy Pier will host one of the 2018 winners during its Youth Education Music showcase concert series. On August 24, a band will be featured on the main stage at the Taste of Highland Park / Port Clinton Art Festival. The festival concludes on September 3, when select winning bands will compete in a day-long ‘Best Of’ concert at Navy Pier’s Miller Lite Beer Garden.

For the first time, wine and craft beer will be available to of-age patrons at the June concerts in downtown Highland Park courtesy of Ravinia Brewing Company. “This is a very exciting partnership with Ravinia Brewing and we couldn’t be more excited,” says Festival Producer Nicolas DeGrazia. “The addition of craft beer and wine for parents and adult passersby is a great way to capture the interest of more people and I hope it will help this event grow even more in the years to come.”

Supported in part by the City of Highland Park and a small grant from YEA! Highland Park, BJFA produces its popular festival in association with the eight-time Emmy® winning Bitter Jester Studios.

Since its inception in 2006, the Festival has been mentoring young musicians and encouraging bands to write and produce original music. Over 1,000 highly talented performers aged 12-22 from 175+ bands have performed at the Bitter Jester Music Fest. Many are pursuing successful careers in music performance and education. Participating bands perform live on professional sound stages with professional audio engineers. Audiences enjoy free music and free parking at all June and July concerts and the Grand Finale on July 4 includes festival food and ends with the City of Highland Park’s fireworks display.

The event is known for putting on spectacular top-notch performances and has seen tremendous growth in recent years, attracting nearly thirty incredible judges each season. “This musical competition is a great opportunity for talented young musicians to get noticed and measure their skills against those of their peers” says Greg Easterling, festival judge and on-air DJ with 97.1 The Drive, WDRV. “It’s also a lot of fun! I’m proud to be associated with it as a judge and all-around supporter.”

Continuing this year is the generous donation of a brand new instruments courtesy of The Music Gallery of Highland Park and Make’n Music of Northfield, and others. These will be awarded to MVP musicians at the July 4 Grand Finale.

The Bitter Jester Foundation for the Arts (BJFA) produces the festival. BJFA is a 501(c)(3) not-for-profit charitable organization created to mentor and support emerging artists and encourage people of all ages to become engaged in the arts. 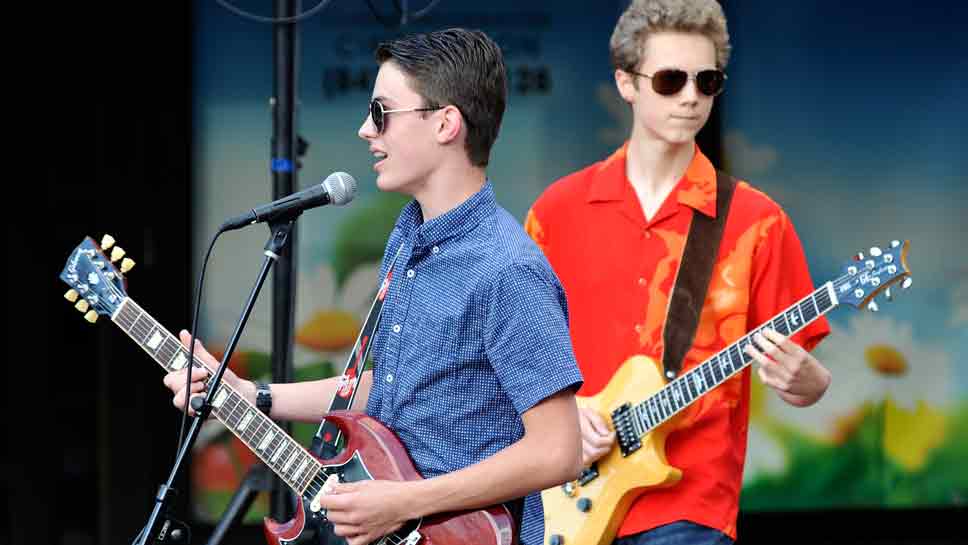 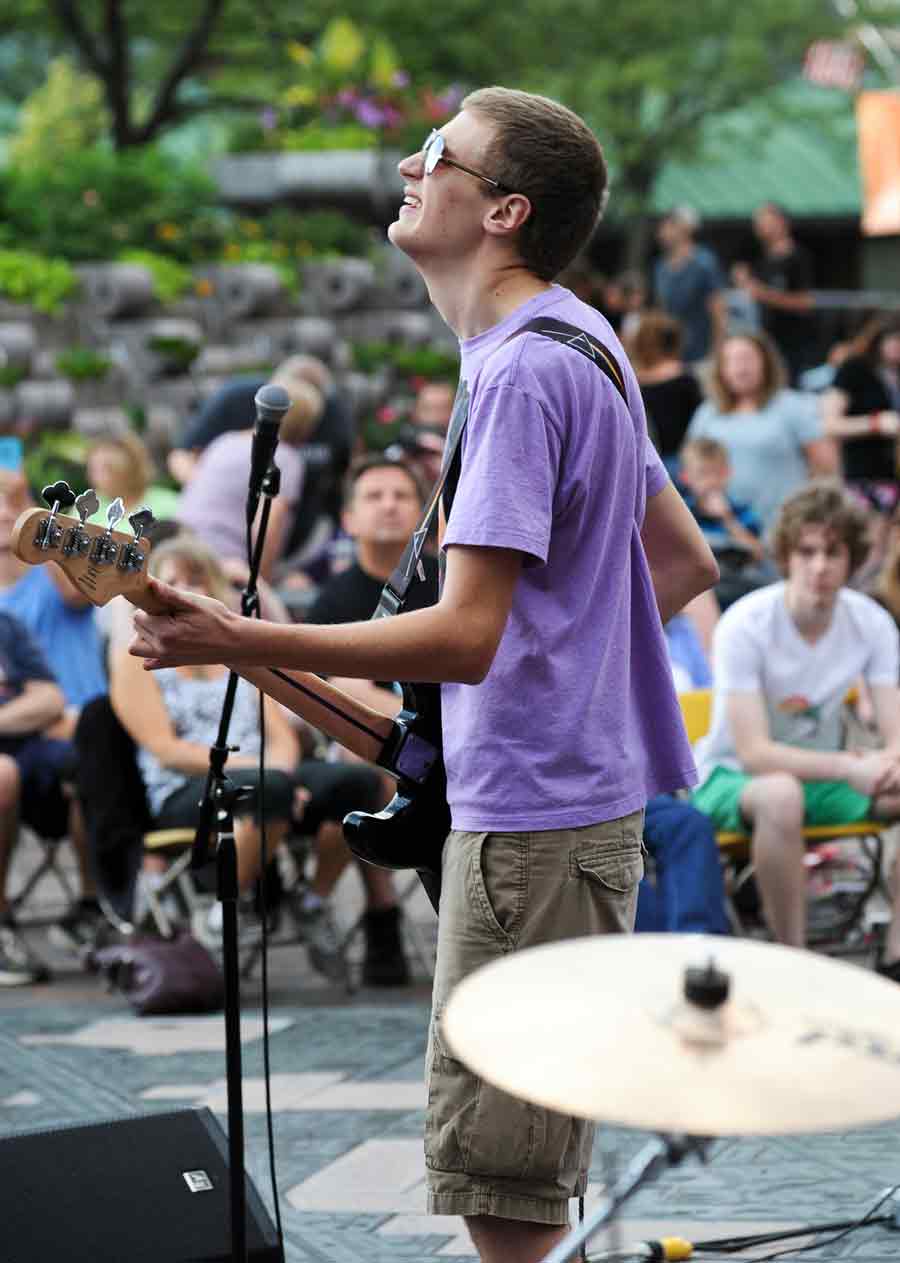 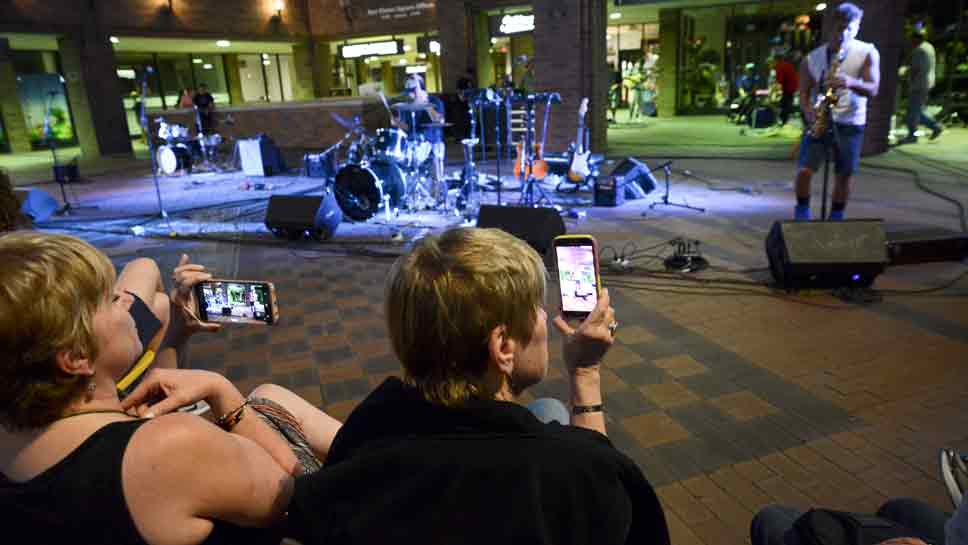 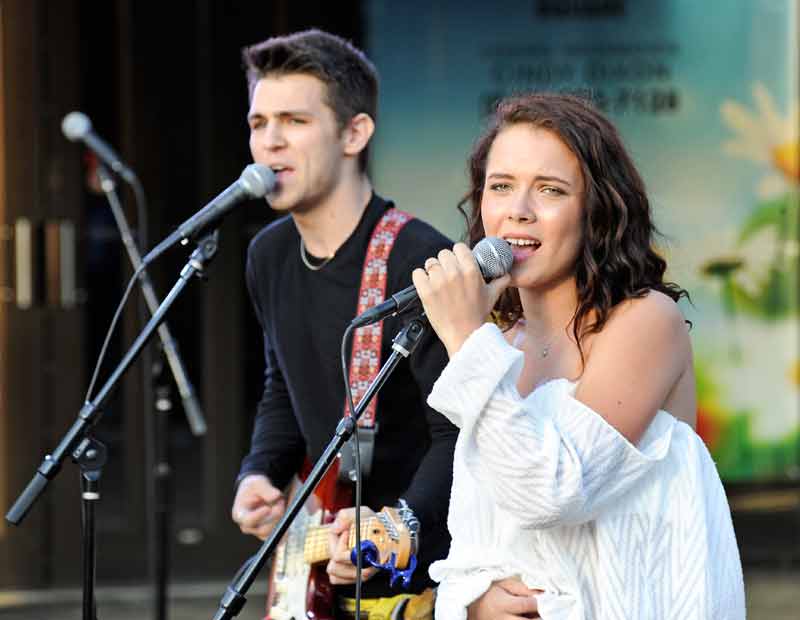 “Caroline and the Priority” performing Saturday, June 18, 2016, at the Bitter Jester Battle of the Bands held at the Port Clinton Square in Highland Park
Photography by George Pfoertner/JWC Media 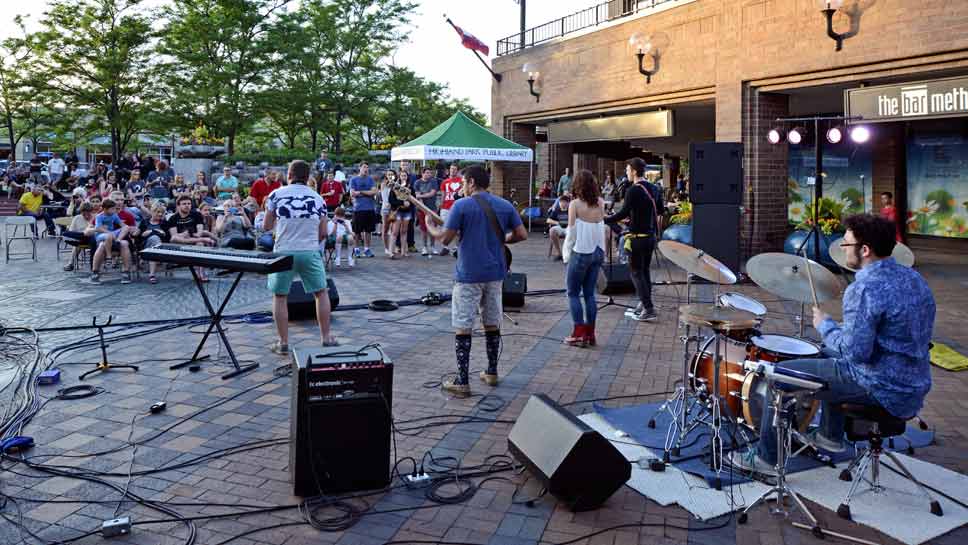 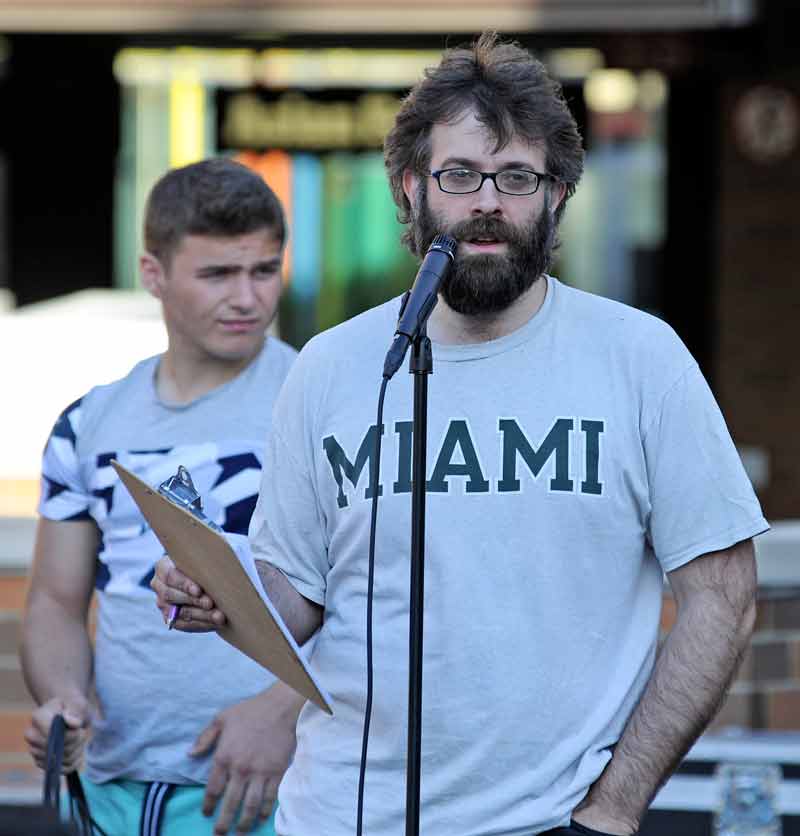 Nick DeGrazia, founder of Bitter Jester Battle of the Bands introduces one of the five acts that performed at Port Clinton Square on Saturday evening June 18. 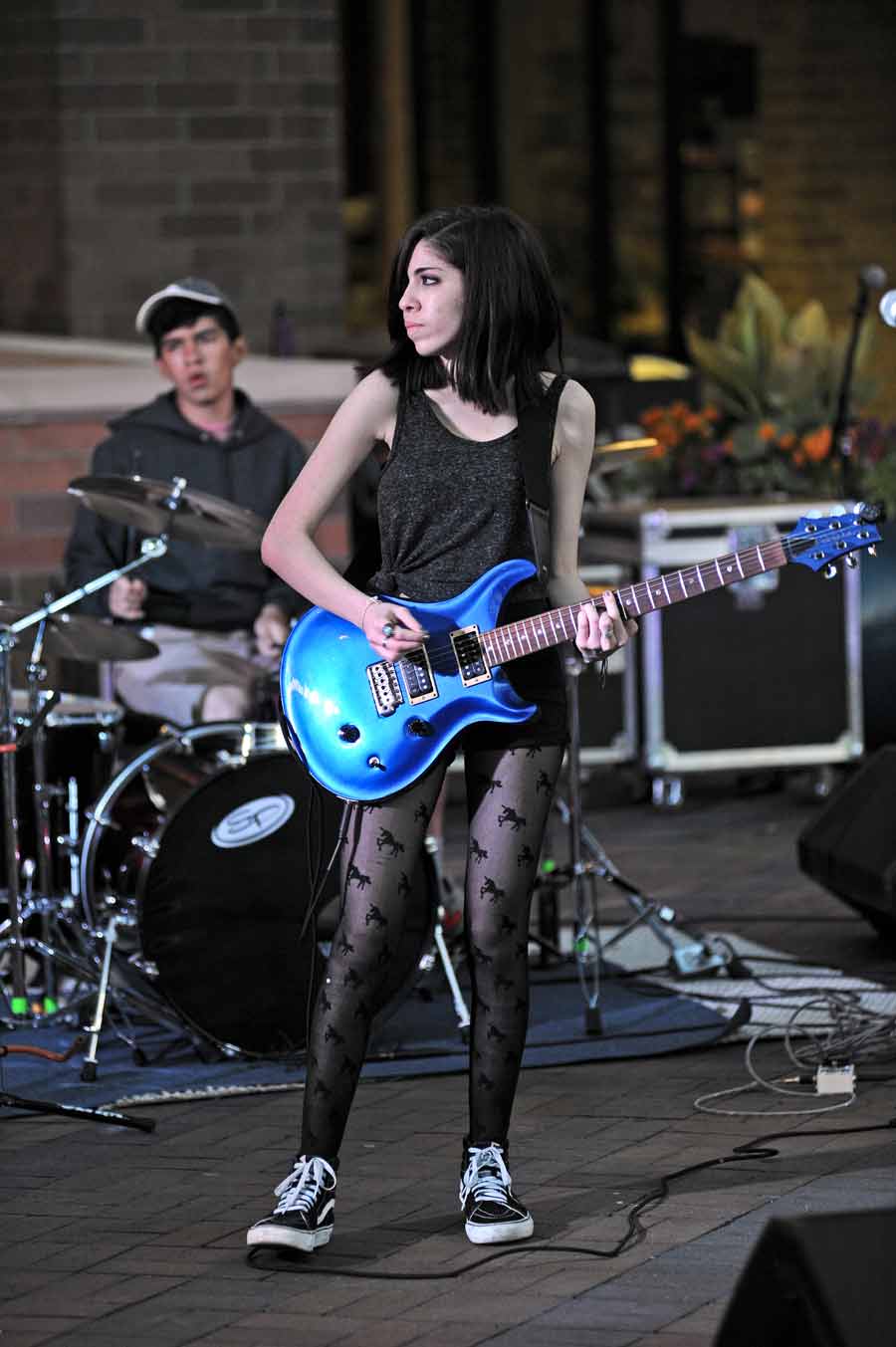