When Beth Ann Fennelly was a child in Lake Forest, she wanted to be an actor when she grew up. Instead, Fennelly became the Poet Laureate of Mississippi, where she is also a professor and author of six books.

Fennelly returned to her hometown on May 31 to read from her latest book, Heating & Cooling: 52 Micro-Memoirs, at the Lake Forest Book Store.

The book is described as “genre-defying,” since it is essentially a form that she created, drawing on the compression of poetry, the truth-telling of nonfiction and fiction’s arc of the narrative. Each of these super short stories draw from Fennelly’s life, capturing the small, even mundane moments that are often passed over. 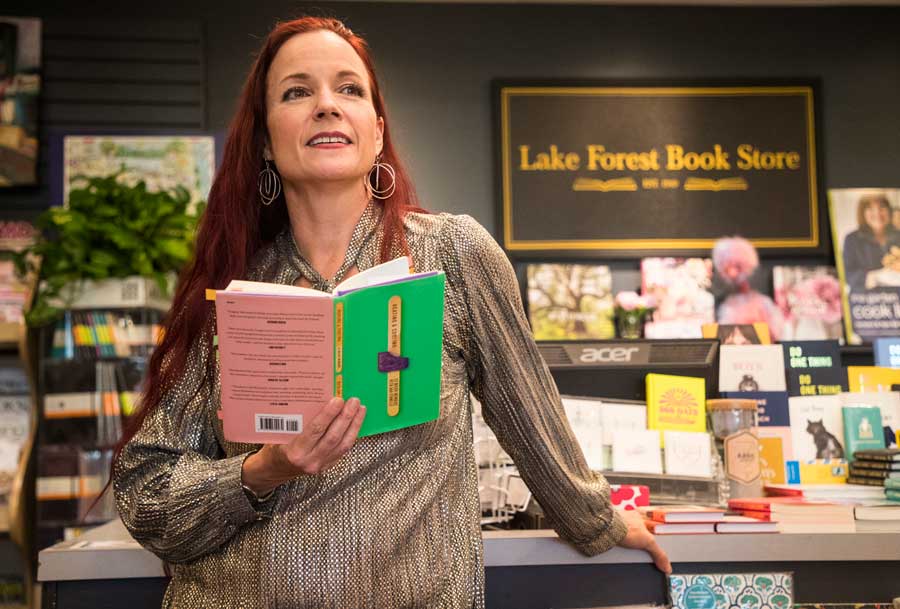 Fennelly stumbled on this new writing form. She and her husband had just completed The Tilted World, a novel they co-authored set during the 1927 flood of the Mississippi River, which required extensive research. Describing the project as high stakes and stressful, once complete, Fennelly found herself “scratching down little thoughts” on paper.

Over time these scratchings began to add up to something, and Fennelly realized that she was about a third of the way to a book. She came up with the term “micro-memoirs,” and then set to work writing about experiences from her own life. Fennelly ultimately penned about 100 micro-memoirs, which she culled for stories that focused on themes of her life as a mother, author, professor, feminist and human being.

“I found the writing of them really fun. It is also fun to share them,” Fennelly said.

Fennelly has also enjoyed teaching the writing form to her students in the MFA program at the University of Mississippi. She’ll give the students 20 minutes to write a micro-memoir in class, which students share and often find they are proud of what they’ve written.

Some of Fennelly’s micro-memoirs are about her girlhood in Lake Forest, such as the time her father made the family walk to church during the blizzard of 1979 when she was eight years old, or when she acted in the musical Mary Poppins with the now-famous actor Vince Vaughn.

Growing up, Fennelly kept a journal and wrote poems, but her focus was on acting. She was involved with a community theater group at Gorton Community Center, where she developed an interest in creativity and expression. Fennelly learned a lot about performing, skills she routinely relies on when reading from her works at events.

While Fennelly loves working and raising her family in Oxford, Mississippi — hometown of William Faulkner and where the famous independent bookstore Square Books is located — she also enjoys returning to the North Shore. She spent kindergarten through eighth grade at the School of St. Mary and attended Woodlands Academy for high school. Fennelly returns to the Chicago area each year to visit her family, and the many close friends she made growing up in Lake Forest.

Fennelly is contemplating writing another book of micro-memoirs. For Fennelly, writing is her filter.

“It’s how I function in the world. It is a way of processing experiences,” she said. 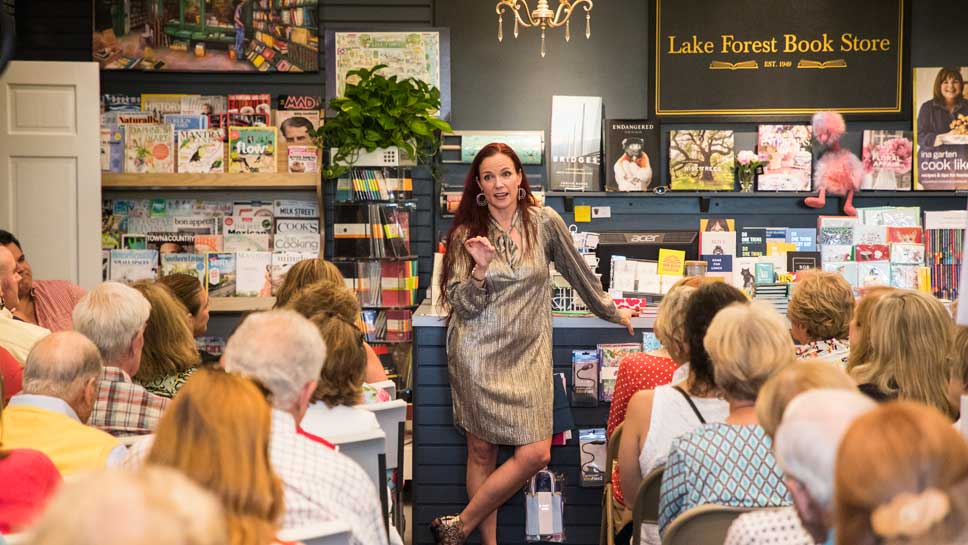