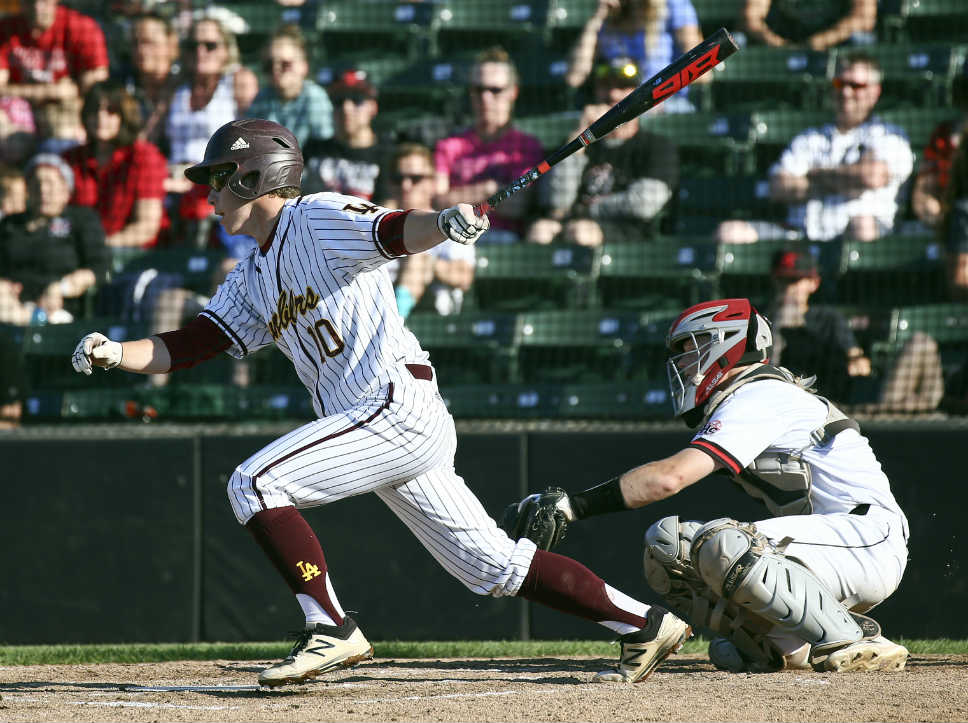 The Loyola Academy senior second baseman broke up a perfect game with his hard smash with one out in the fifth inning.

With his team trailing 6-0 at the time, it was the spark that the Ramblers greatly needed.

His pitching, along with the hitting of Huntley’s four-hitter, Matt Rodriguez, proved to be too much in this contest. The Red Raiders advanced to this weekend’s state tournament in Joliet by winning the game 8-4.

“We just started a little late today,” said Raymond, who also added an opposite-field single in the sixth inning.

He stood the on-deck circle as the game concluded.

The Ramblers (22-10-1), to their credit, went down fighting, scoring two in the fifth and two more in the sixth.

Raymond, who hits fifth in the batting order, said that he had no clue that Paplanus had something special goin’.

“I had no idea that he was pitching a perfect game,” said Raymond.

“After he got me out in my first at-bat, I decided that I hated the guy,” said Raymond, who will play baseball at Calvin College in Grand Rapids, Michigan next season.

His fifth-inning double had a trigger effect.

After Will Jackson drew a walk, LA first baseman Daniel Hrvojevic smacked a run-scoring single to left-center field to make it 6-1.

The Ramblers added another run, when Trey Torain drew a bases-loaded walk on a 3-2 count.

And then … this happened.

With two outs and the bases still packed, LA’s Henry Haracz hammered a pitch to deep right center field that was chased down — somehow — by Huntley center fielder Joey Petryniec.

“We hit some balls hard, and they made some great plays,” said Bridich.

The line shots continued in the sixth inning. After LA left-fielder Jake Novak tripled and scored on a wild pitch, the Ramblers added another run on an RBI single by Jackson.

“Hats off to Huntley,” said Bridich, who watched the Red Raiders hit the ball on the button all night against starter Haracz and relievers Jackson and Novak.

And Rodriguez’s outing was as eye-popping one. He not only hit for the cycle — single in the first, triple in the third, double in the fourth and home run in the sixth — but he drove in a run with each hit.

That’s a rare performance for any hitter at any level.

Which is how Bridich described his 2018 Ramblers, who advanced to the supersectional for only the second time in program history.

“I’m just unbelievably proud of this group of young men,” said the coach. “They are unparalleled student-athletes. It’s been an honor and a pleasure to coach them.” 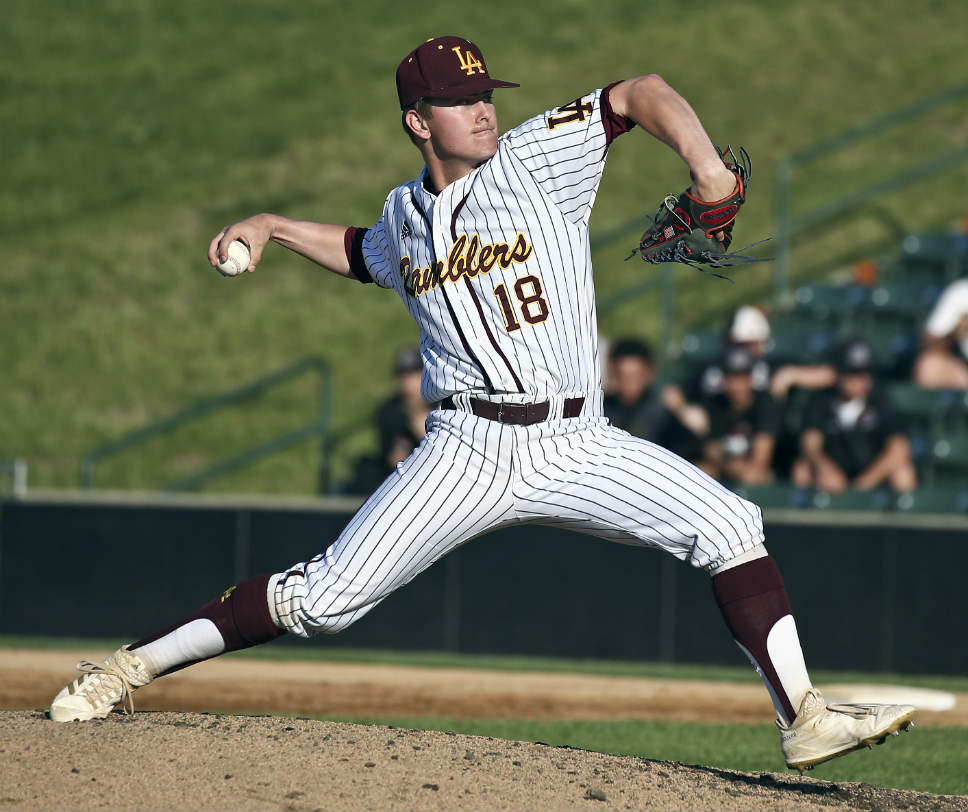 LA’s Will Jackson fires to the plate. PHOTOGRAPHY BY GEORGE PFOERTNER 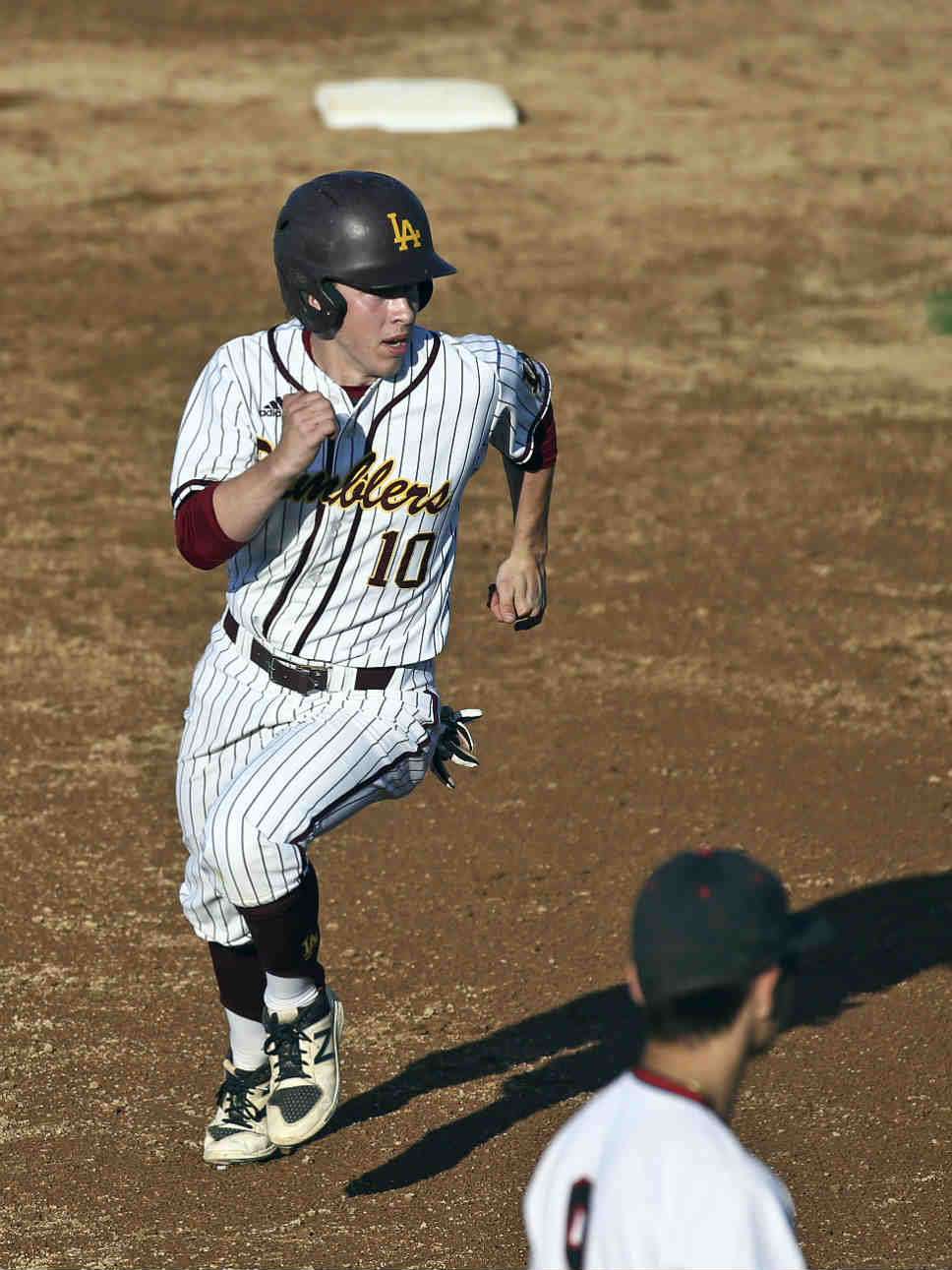 Matthew Raymond runs the bases in the fifth inning. PHOTOGRAPHY BY GEORGE PFOERTNER 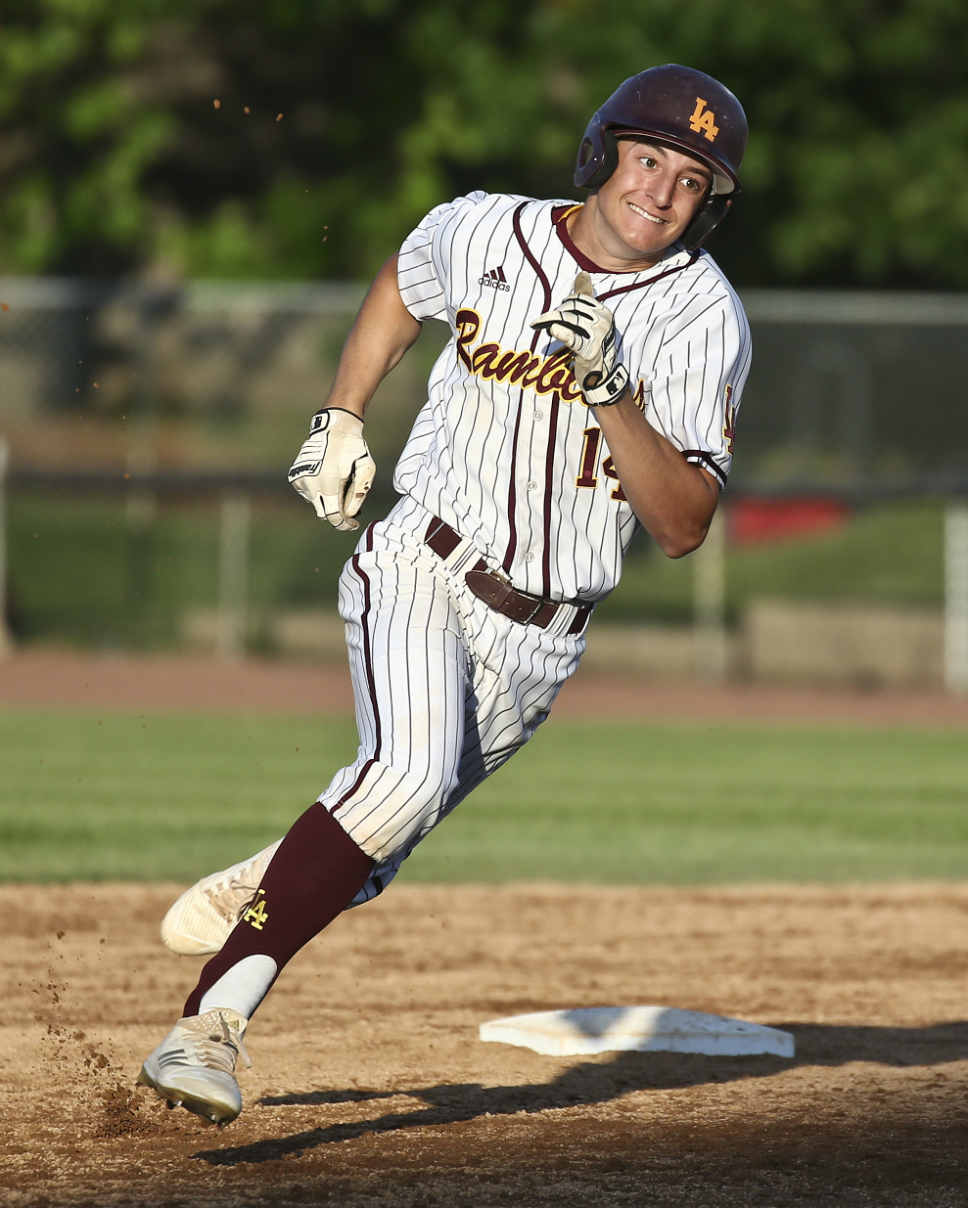 Jake Novak of the Ramblers rounds second and heads to third on a triple in the sixth inning. PHOTOGRAPHY BY GEORGE PFOERTNER