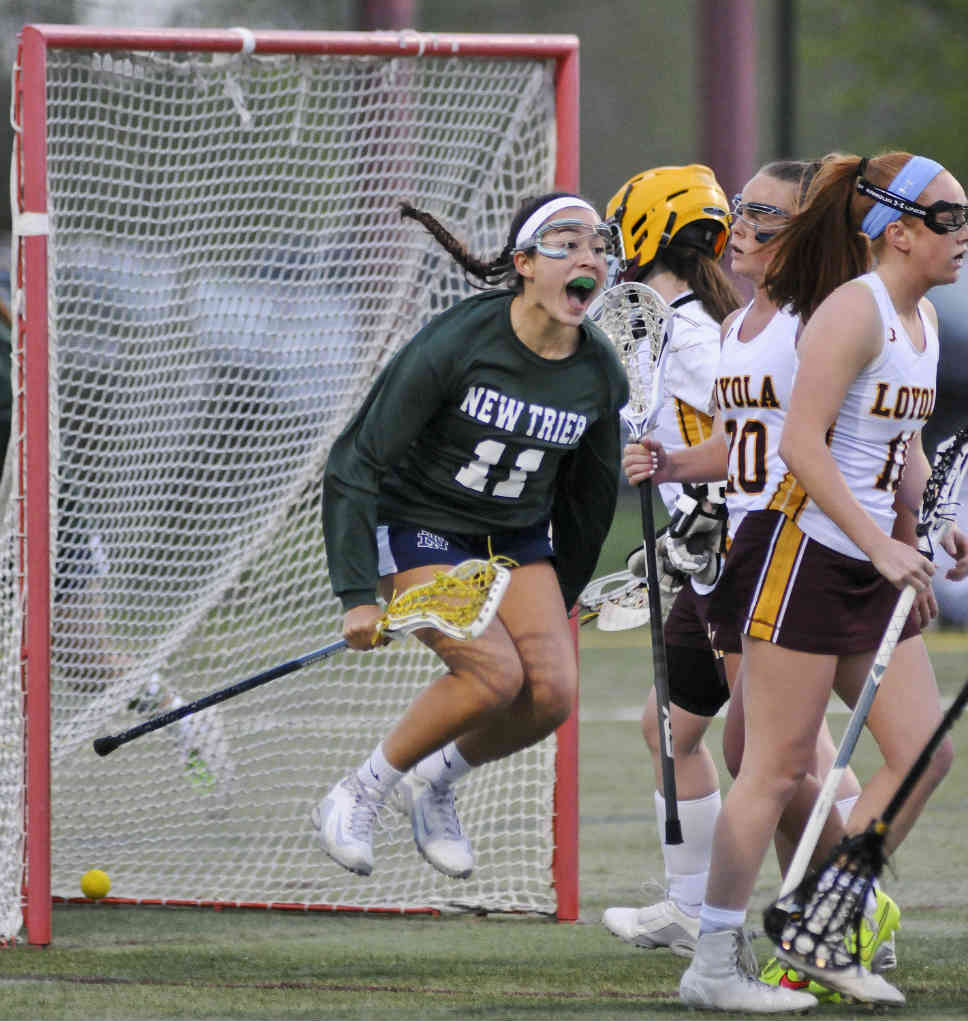 A ‘Phil’ poured in a game-high five goals in a girls lacrosse supersectional Tuesday night.

“They call me ‘Phil’, mostly ‘Phil,’ along with ‘Philip’ or ‘Felipe’,” New Trier senior attack Sophia King said with a smile and a shrug, following her team’s 14-5 defeat of host Lake Forest High School May 29.

King has answered to male names since a roster listed her first name as “Sophil” years ago. The typo amused her teammates and coaches.

King’s performance against the Scouts, with a state semifinal berth on the line?

No laughing matter — for the Scouts, who trailed only 6-3 at the half but fell behind 9-4 on King’s second goal in a 2-minute-31-second span.

Murray, senior defender Elise McKenna and junior middie Claire Gottreich missed the game to either rest or nurse an injury. New Trier (19-3) tallied eight unanswered goals in the second half and advanced to the Final Four in the sport’s inaugural season in the Illinois High School Association.

“Poise, we played with poise,” Trevians coach Pete Collins said. “I’m proud of our kids. Another key was to play our game — get every groundball, play tough defense.

Murray didn’t let her sideline “seat” keep her from having an impact in the supersectional. The 5-foot-10 junior attack often shouted advice to King when King roamed and hustled behind a cage with the ball in her stick’s webbing.

“Lucy was great, very helpful, telling me which way to turn or which play to call,” King said.

NT sophomore middie Claudia Shevitz (4 goals) struck for three consecutive goals from the 13:42 mark to the 8:37 mark of the second half. The Shevitz blitz expanded NT’s advantage to 12-4.

“Charley,” Collins said, “had a monster game, especially in the draw circle.”

Coach Cat Catanzaro’s Scouts (13-10) received an inspired effort from senior goalie Mary Doheny, who got horizontal and landed abdomen first to make a sensational save in the first half.

“That’s her way of saying, ‘That’s not going in,’ ” Catanzaro said. “That was her best game of the year.”

“Special group,” Catanzaro said of her 2018 squad. “They played with heart, and they played for each other.”