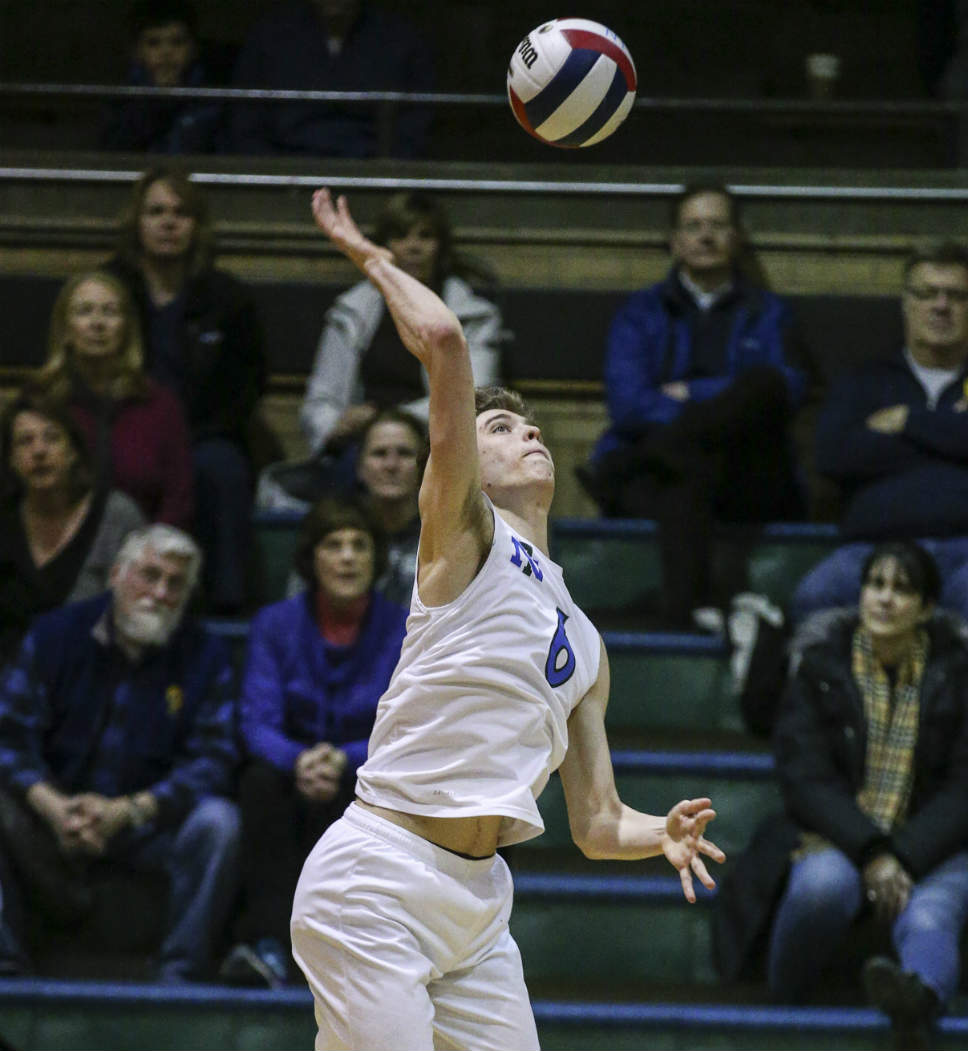 The Trevians won their biggest point at…15-15, yes, 15-15, in the second set. NT senior middle Joe D’Attomo pounded a kill, starting a 5-0 run, and the program making its fifth straight Elite Eight appearance coasted from there to complete a 25-16, 25-18 victory.

“That point was an important one,” said NT coach Sue Ellen Haak, who had called a timeout after St. Rita (21-19) won three consecutive points to cut the Trevians’ second-set lead to 15-14.

“That loss is at the front of our minds,” said D’Attomo, who finished with a team-high six kills in the quarterfinal. “Until the last week, no team had seen us at full strength.”

Injuries and illnesses forced Haak to trot out numerous lineups throughout the spring — not a bad thing in her mind.

“We’re difficult to scout because of all the different players we used,” the coach of the 2016 state runner-up team said. “That should be an advantage for us in our final two matches [June 2].”

The entire team couldn’t wait to return to the court for the second semi June 2.

“In bed by 9 [p.m.],” the Loyola University-bound D’Attomo shouted at the post-quarterfinal press conference.

“This team is a joy to be around,” the coach said. “The players have good energy. Nobody complains. It’s been a pleasure coaching all of them.”