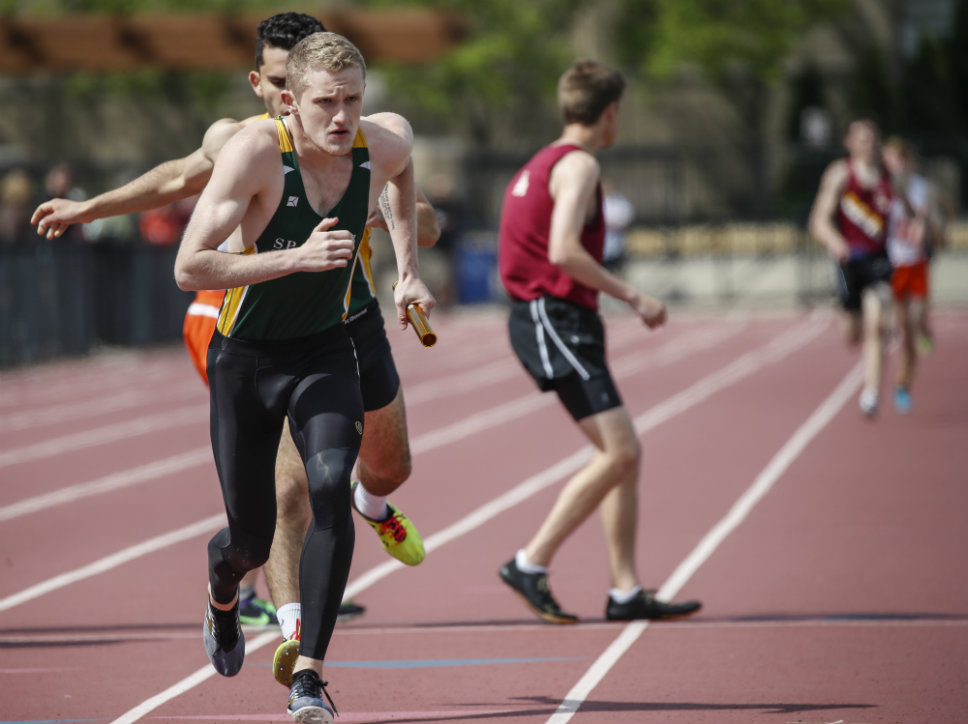 Kyle Foley, seen here anchoring the 4×800 relay at the Class 3A Loyola Academy Sectional on May 17, will run at UIC. PHOTOGRAPHY BY JOEL LERNER

“[Just watching him run] pumps you up,” said the Spartans head coach, following Foley’s efforts in the Class 3A Loyola Academy Sectional on May 17.

Foley is one of those guys who just brings it — every time.

“He’s never takes a day off,” Brandt said. “He’s always pushing his body to the limit.

Foley, who spent part of his childhood (3 ½ years) living in Shanghai, China, was the force in GBN’s 4×800 foursome. Foley, who ran the anchor leg, teamed up with junior Dana Sullivan and fellow seniors Ari Bosse and Michael Ocasek to earn a fifth-place state medal in the state meet in Charleston on May 26.

They cruised the blue oval track at Eastern Illinois University’s O’Brien Stadium in 7:52.61.

That clocking was almost seven seconds faster than their runner-up time at the sectional meet.

The top-five finish was hardly a surprise. At the 2017 State Finals, this same foursome earned a fourth-place medal (7:47.26).

“[Distance coach] David Vincent has put them in the right place,” said Brandt, prior to the state meet. “They are ready to rock and roll at state.”

This same foursome also qualified for state in the 4×400 relay but did not make the finals.

Foley, who ended up with four school records (indoor 400 meters, indoor 800 meters, outdoor 4×800 relay and outdoor 4×400 relay) will continue his track and field career at the University of Illinois-Chicago.

Following his final race at the Loyola Academy Sectional, Foley was excited about his team’s chances at state — especially in the 4×800 relay.

“We’re going to come back 10 times stronger next week at state,” he said. “I got these guys [Sullivan, Bosse and Ocasek] with him. And that’s all that matters.”

In addition to Foley, Osasek also will be running track at the next level. The speedster will head to DePauw University in Greencastle, Indiana.

“Michael has been a workhorse for us,” said Brandt. “He’s a guy that you can depend on.” 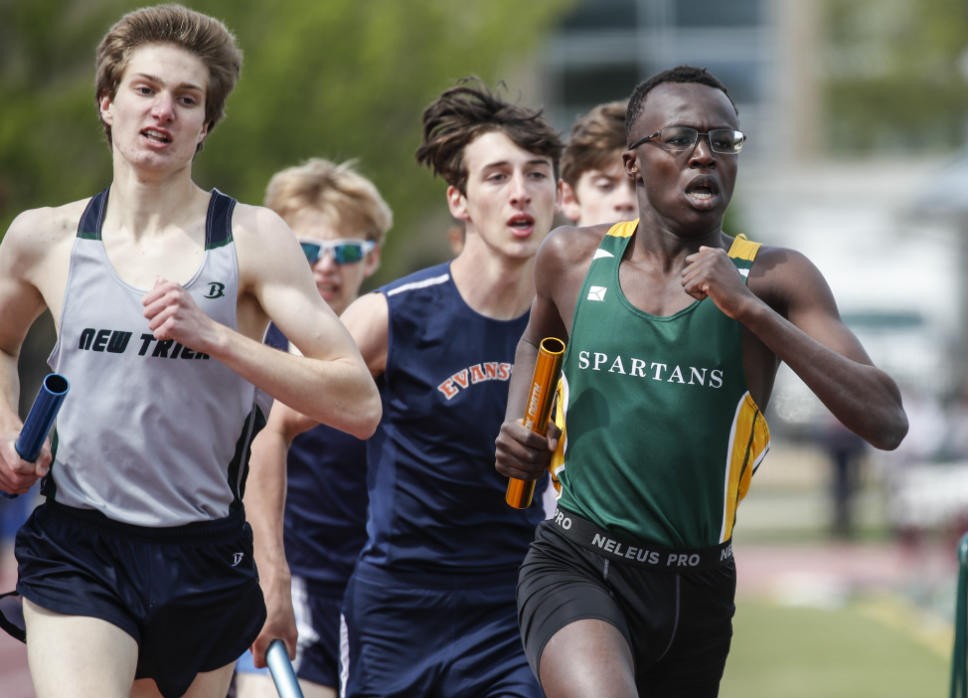 Dana Sullivan (far right), seen here in the sectional meet, was the lead-off runner in the 4×800 relay for the Spartans. PHOTOGRAPHY BY JOEL LERNER