HIGHWOOD – Clucker’s Charcoal Chicken is building a brand-new restaurant space and will relocate to downtown Highwood from its current location across from Fort Sheridan in July.

Rather than update his current space at 760 Sheridan Road that has been home to Clucker’s since 2008, owner Reed Merdinger is excited to start anew on the site that previously housed Red Lantern, and before that, Shrimp Walk.

“The facility itself is completely new except for the four walls and the roof,” said Merdinger. “This restaurant is more contemporary. The doors open to the street and it has a larger outdoor café.”

The Highland Park resident explained that the front of the restaurant has been remodeled with a pristine, terra cotta, 1935 Art Deco look. He has pictures of the original 1935 restaurant, Rainbow Tavern, from the Highwood Historical Society and said the façade is exactly the same as it is today. 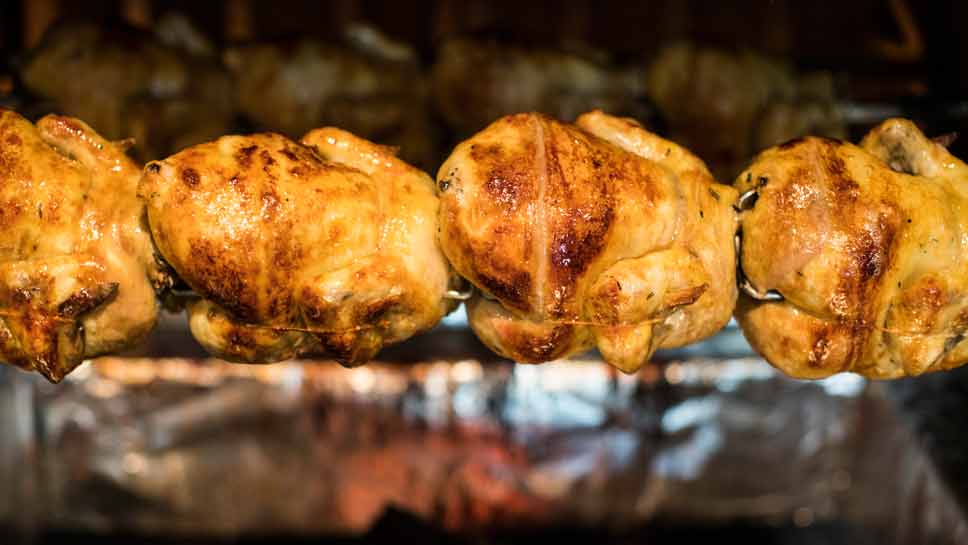 The star of the show, charcoal chicken, at Clucker’s in Highland Park. PHOTOGRAPHY BY JOEL LERNER/JWC MEDIA 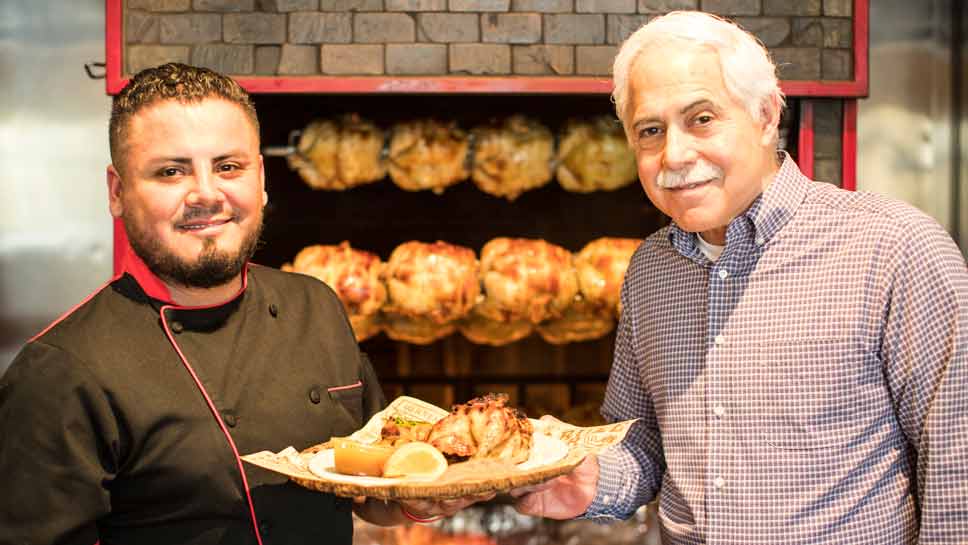 The new Clucker’s will have an addition in the back with an exhibit kitchen to get a birds-eye view of the chef in action.

Merdinger is also excited about incorporating the “Shou-Sugi-Ban,” Japanese process for burning wood.

“This process preserves the wood and gives it an unbelievable texture and color,” he said. “The material is coming from Japan and will be used on the interior and exterior of the new Clucker’s.”

He added that the new restaurant will have exposed brick and exposed beam ceilings with orbs that has an industrial look to it.

Though the look has changed, the menu will be almost identical and Clucker’s is now featuring ribs on weekends which Merdinger said will likely move to full-time. It will be the same fast casual service where you order at the counter and a server brings the food to your table.

Merdinger told DailyNorthShore how he hatched a plan to open a chicken joint.

It all began on their honeymoon in Mexico City, when he and his wife went to a restaurant called El Pollo Loco.

“We saw the concept of this big grill with all of the chickens on it and I fell in love with the idea,” he said. “I always thought chicken was healthy and filled with protein and the process of cooking it with a light charcoal imparts an incredible flavor to it.”

In 1985 Merdinger was working for Don Roth’s Blackhawk Restaurant when he put the concept together and opened  Clucker’s Charcoal Chicken at 2350 Clark Street in Chicago.

“That’s where we came up with the popular 2350 Salad at Clucker’s in Highwood,” said Merdinger. 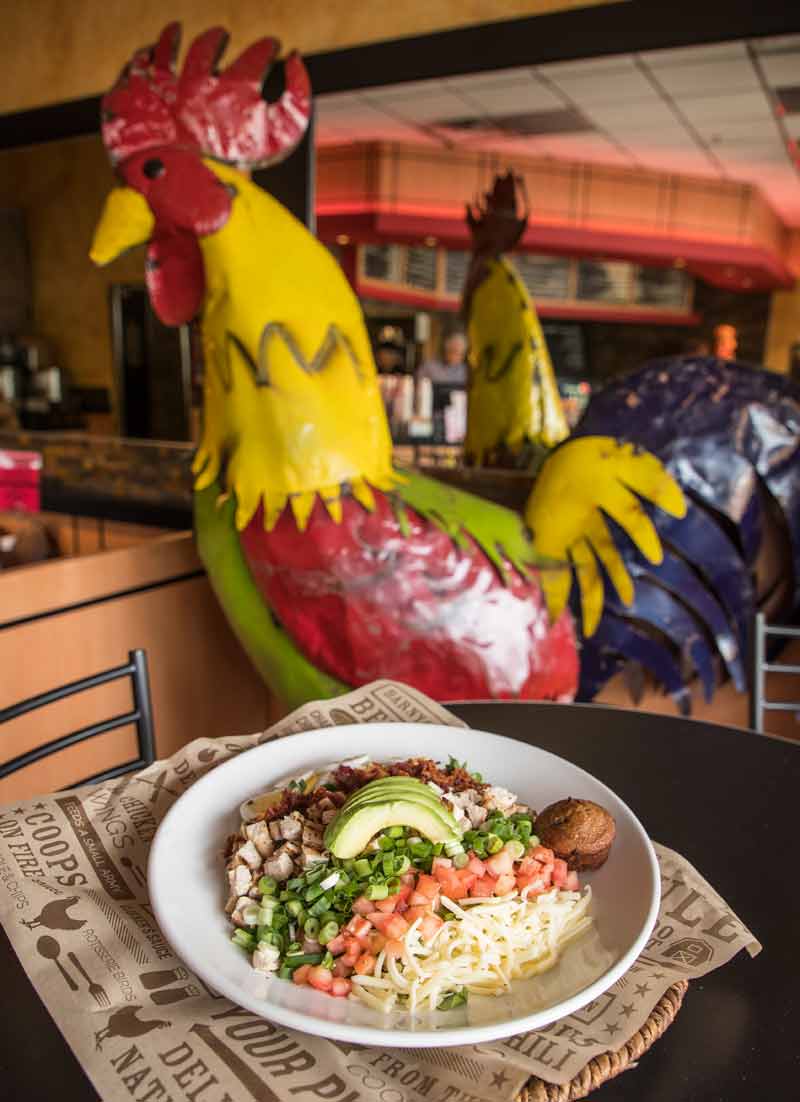 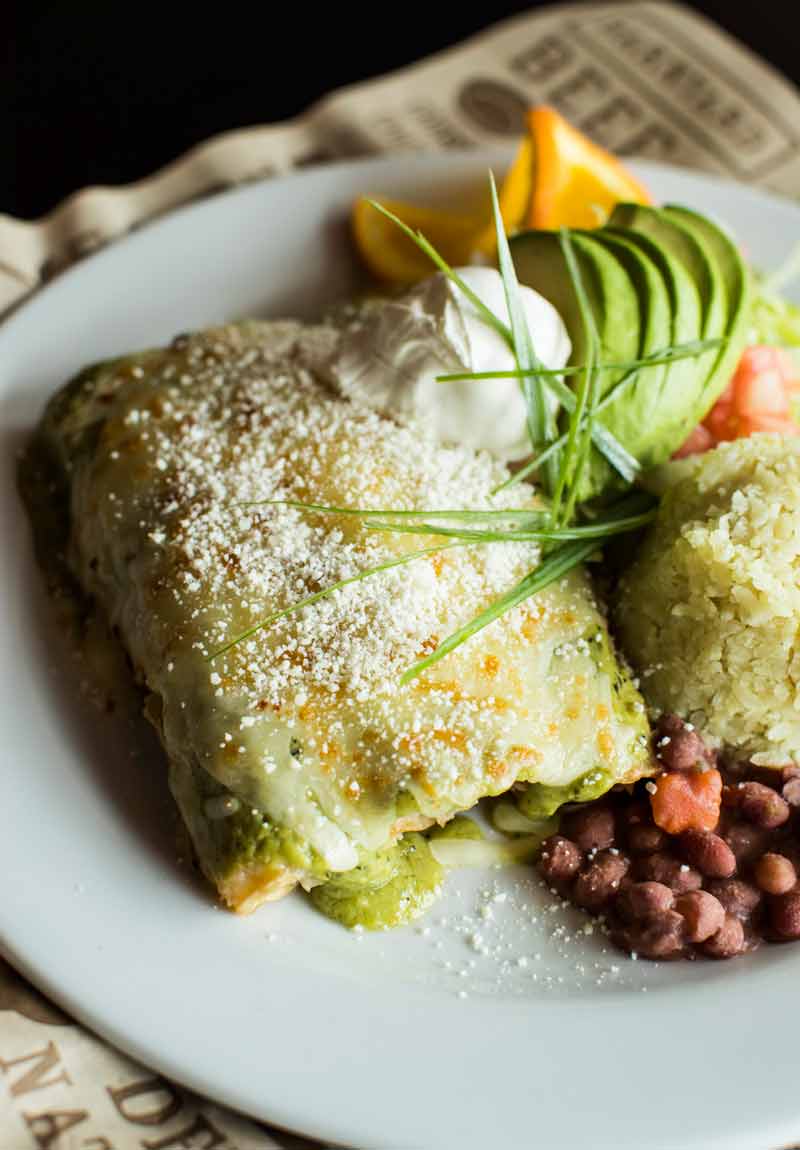 Soon Merdinger opened another Clucker’s in Wheeling and ran two restaurants, before something unimaginable happened.

“In 1998, I went to bed and woke up paralyzed,” said Merdinger. “My disc imploded to my spine, and I was paralyzed from the chest down for about three years.”

Merdinger explained that he played rugby and baseball in college and believes that the injuries he suffered led to his diagnosis of spinal stenosis. “I’m not in pain and my family has been a great support to me,” he said.

He still uses a walker, but has never let his disability slow him down.

In 2008, Merdinger decided to open shop closer to home in Highwood and in 2015, Clucker’s opened another restaurant in Libertyville run by Deb Merdinger, his wife and business partner.

“We both pull into the garage every night at 10 p.m.,” said Merdinger.  The couple have been married for 37 years and have two married children, son Rex and daughter A.J., and one grandchild. Merdinger added that his kids are too smart to join the family business, but they all enjoy dining at Clucker’s.

Some of Clucker’s specialties include: the crispy, lemony brick chicken which is served after 5 p.m., the chicken enchiladas, chicken kabobs and all of the rotisserie chicken.

“The brick chicken sells out every night and we sold 7,500 wings on Super Bowl Sunday which is our busiest day of the year,” he said.

For those who flock to meat, in addition to ribs, Clucker’s serves hamburgers, brisket and steak sandwiches.

All of their soups, salads, sauces and dressings are made from scratch, as well as the homemade chips, garlic smashed reds, red beans and rice and grilled vegetables. Clucker’s also offers a complete catering menu.

Merdinger finds working with the employees and visiting with the customers very rewarding. Most of his staff has been at the Highwood location since Clucker’s first opened about 10 and a half years ago.

Daniel Mora is the chef and Marta Menenes and Leo Hernandez are co-managers.

“To find people that enjoy your food and employees that are loyal to you is so worthwhile,” said Merdinger. “We support a lot of families here.”

Clucker’s Charcoal Chicken is currently located at 760 Sheridan Road and will be flying the coop to 405 Sheridan Road in mid to late July.

In the meantime, be on the lookout for the “Bird on the Fly” for home deliveries.

Merdinger’s first Clucker’s mobile was a Smart Car, but it was too small to handle all of the business, so he found a man in Wisconsin who could put the chicken heads on small delivery trucks. He said, “It was probably the best marketing thing I ever did.”