Over the span of 40 years in which they racked up hit after hit after hit, there has always been one thing that hasn’t changed for the members of Loverboy. They call it “the bubble.”

“It starts in that moment when you walk on the stage while the lights are still down,” said Loverboy’s Paul Dean, who lives with his wife and 21-year-old son on the side of a mountain in north Vancouver, Canada. “You check the instruments and you make any necessary tweaks. It’s a time of intense focus. And once the lights go up and the crowd erupts, it’s a total escape. You can feel the energy of the crowd with every ounce of your being. There is just nothing like it.”

It’s this energy that the members of Loverboy are anticipating when they take the stage at Ravinia Festival on June 3 with fellow pop icon Survivor. 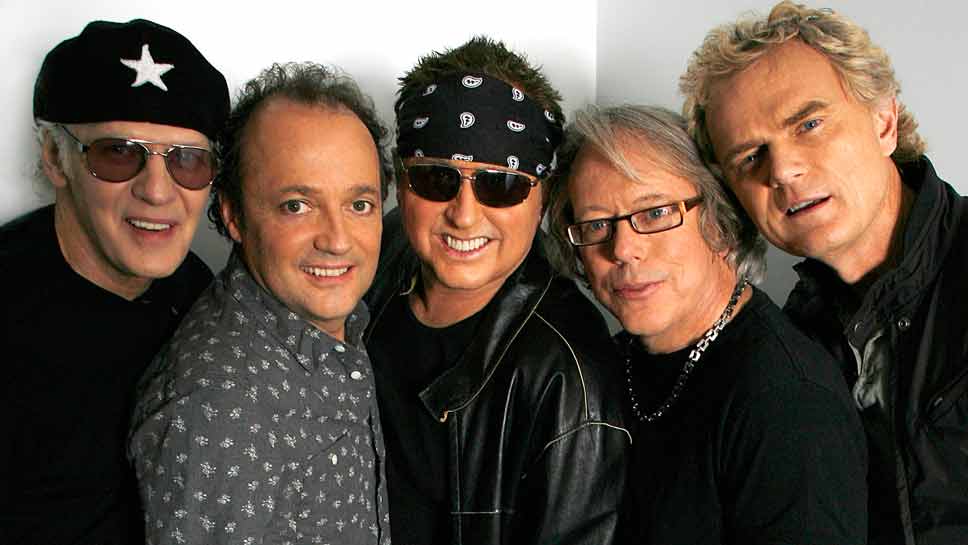 Loverboy leads a dynamic lineup of music favorites from across the spectrum appearing at Ravinia Festival this summer.

“Despite how many years we have been doing this, we are still all in,” said Dean. “We love the challenge of it. We are not just this band out there going through the motions and calling it in. We still love playing and singing every note and the fans can feel that. Some people get to a point where they don’t want to do it anymore, but we are a tad obsessed.”

The roots of Loverboy were planted back in 1978, when Dean met with a friend by the name of Mike Reno in an old warehouse, hoping to give their collective musical dreams a try.

“I remember that Mike came out screaming some high note and I wasn’t sure if this was my thing,” laughed Dean. “On the very first night we got together, we wrote two songs. It was a good indication that we had something.”

And boy did they.

Thanks to hits such as “Working for the Weekend” to “Lovin’ Every Minute of It” to “When It’s Over,” Loverboy ranks up there as one of the most groundbreaking bands of our time. During its heyday, the band played multiple mega-tours with Journey, Bob Seger, Cheap Trick, ZZ Top, Kansas, and Def Leppard, to name a few. At the same time, the band known for red leather pants and rock star hair also became MTV darlings, actually ending up as one of the first bands ever featured on the music channel.

If that wasn’t enough, the band would also go on to sell more than 10 million albums and earn four multiplatinum plaques, including the four-million-selling “Get Lucky,” and a trio of double-platinum releases in the self-titled 1980 debut, 1983’s “Keep It Up” and 1985’s “Lovin’ Every Minute of It.”

And to this day, current Loverboy members Matt Frenette, Doug Johnson and Ken “Spider” Sinnaeve along with Reno and Dean continue to tour the country, bringing both old and new music to their dedicated fans.

“Who would have thought that 40 years later we still love these songs,” said Dean. “We can’t stop because people continue to come out and still want to hear it. And we still love to play together. My favorite thing to do is to play live, especially at a venue such as Ravinia.”

The Loverboy concert is just one of more than 140 events from June 1 through September 16 that will make up Ravinia’s summer lineup. The outdoor venue will welcome a host of musical talents in the 2018 season in addition to Loverboy. Artists such as Jill Scott, Bryan Adams, and Jason Mraz will make their debuts at Ravinia this season, while artists such as Alison Krauss, Anita Baker and Tony Bennett will make their triumphant returns.

And if you are a lover of Loverboy, you might also want to check out “The Lost ‘80s Live” concert on July 29 at Ravinia, which will bring together a long list of hit-makers that include A Flock of Seagulls, Wang Chung, Naked Eyes, Men Without Hats, Farrington and Mann (the original vocalists from When in Rome UK), Animotion, Dramarama, Nu Shooz, and Gene Loves Jezebel, all making their Ravinia debuts. Still can’t get enough? Culture Club featuring Boy George will make its Ravinia debut on a triple bill with The B‑52s and Thompson Twins featuring Tom Bailey for two dates, August 31 and Septempter 1.

Bands from a bygone era? Perhaps. But bands that undoubtedly make up the musical fabric of so many of our lives. To even be mentioned in the same breath with these groundbreaking bands is something that will never get old to Dean.

“I live an amazing life,” said Dean quietly, preparing to take a relaxing bike ride before dinner with his family. “To be able to spend 50 or 55 years making music professionally, I mean, that is incredible. We are so blessed that people still are digging it.”