WILMETTE – While most people enjoy a visit to the library — how great would it be if the library came to visit you? That is what the Wilmette Public Library is proposing with its new book bicycle.

“We love being a part of the Wilmette community and the book bike is a wonderful tool to bring the library out to the community. And it is fun,” Jennifer Bartel, creative experiences coordinator for the library, told DailyNorthShore.

Just recently the bicycle was officially named “Professor Plum,” after the library held a bike-naming contest. The library received over 300 suggestions and over 250 people voted, Bartel said. The winner received a goody bag and a photo op on the bicycle. “The community has been really supportive so far,” Bartel said. 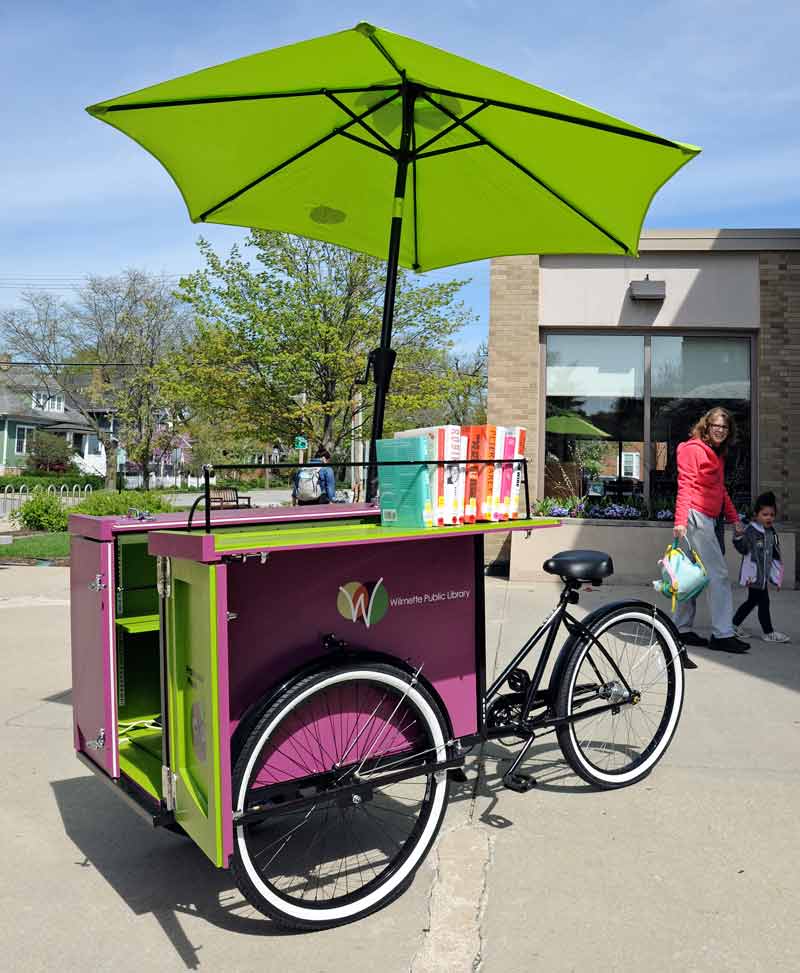 Professor Plum is a bicycle with a large purple box on the front to house library materials. Bartel said a staff member will ride the bicycle to scheduled events throughout the village such as park story times, the Wilmette French Market and Summerfest. The bicycle’s box will be filled with books that are appropriate for each event. For example, some cookbooks might be chosen for the French Market or children’s picture books for the story times.

An iPad will be used to checkout materials on the spot, and residents can also sign up for new library cards. That’s because the target audience is not only people who frequent the library, but also residents who may not be as familiar with what it has to offer, Bartel said.

The book bicycle was a community building initiative of Heather McCammond-Watts, the library’s previous director, who recently stepped down, Bartel said. A task force of six staff members have been working together to iron out the logistics and schedule for the bike.

The calendar on the library’s website will post the various events that Professor Plum will be attending in the new few months. Since Bike to the Library Day is on May 19, Professor Plum will be on hand filled with goodies, Bartel said. Over time, she envisions the book bicycle will expand beyond the library, such as taking it to Wilmette schools. Staff members also plan take the book bike out periodically for a ride through the village, weather permitting. 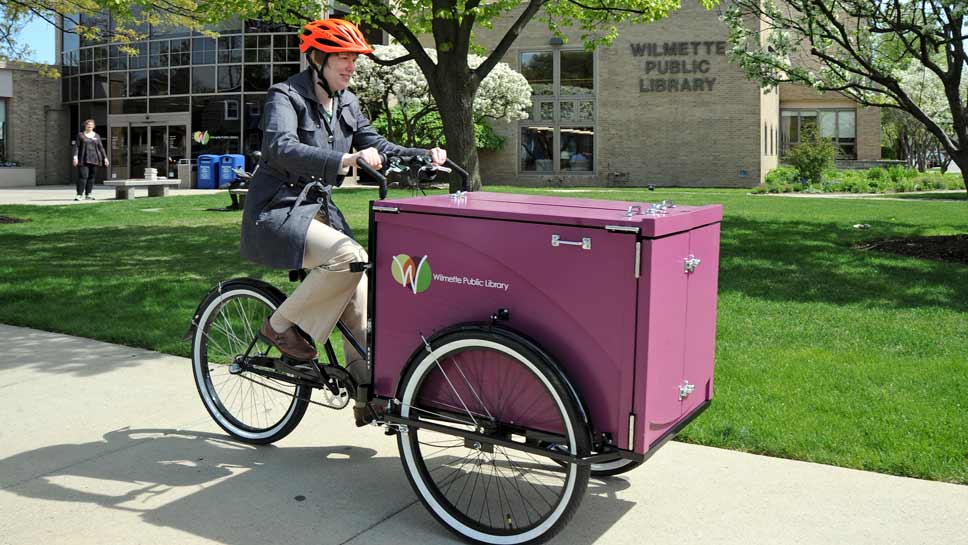