At 41 Derek Faust, director of national sales for Aronson Advertising, was diagnosed with pancreatic cancer and told that he would have less than two years to live. He received this devastating prognosis on December 30, 2015 and after undergoing chemotherapy and radiation treatments, as well as a massive surgery, he is cancer free today.

“I feel great. I’m not cured, but there is no present cancer in my body,” said Faust.

Emily Eisenkramer, director of medical affairs at Rush University Medical Center, always dreamed that her father and mother would walk her down the aisle on her wedding day. Sadly, her dad died after an eight-month battle with pancreatic cancer just weeks before the wedding. He was 63 years old.

“It was a beautiful day, but unfortunately I think I was numb,” said Eisenkramer. “It’s hard to be joyful during your wedding day when you have just lost the rock of your family.”

Highland Park natives Faust and Eisenkramer will both be participating in the June 2 DASH for Detection 5K, which is organized by the (Chicago-based) Rolfe Pancreatic Cancer Foundation. The goal is to spread awareness, raise research funds and provide hope to cancer patients and their families.

“The Rolfe Pancreatic Cancer Foundation is on the front lines with people like Executive Director Lynda Robbins that can help connect you to the right doctors and right networks to get you into treatment immediately,” said Faust. “The longer you wait the greater the likelihood that the cancer will advance.”

The foundation provided these startling statistics: 70 percent of those diagnosed with pancreatic cancer in 2018 will die in one year, while 93 percent won’t survive five years.

In 2015, Faust was experiencing abdominal pains, which he thought were symptomatic of an ulcer, but he received life altering news instead.

“When you get diagnosed with pancreatic cancer, the first thing that comes to mind is that it’s a death sentence,” said Faust, who lost an aunt in 2003 to the disease. But the Rolfe Foundation gave him hope by serving as a “phenomenal compass.”

August 18 will mark two years from Faust’s major surgery, which entailed removing the tail of his pancreas, a splenectomy, and partial removal of his intestine and kidney.

Though Faust’s tumor was only one inch by one inch, doctors initially did not think he was a candidate for surgery. He explained that the tumor was completely surrounding his celiac artery, so at that point it was diagnosed as borderline to non-resectable.

After 12 rounds of chemotherapy over six months, Faust’s doctor, Matt Adess, said he was going to get him to surgery, and he kept his word. The road ahead was still difficult, as he went through 28 sessions of radiation with an oral chemotherapy.

Faust explained that because he only has half a pancreas, he uses digestive enzymes when he eats to help with digestion.  He added, “Other than that, I’ve really been able to go back to a normal life.”

He’s grateful for the support he’s received from his family, the University of Chicago and The Rolfe Pancreatic Cancer Foundation.

Faust continues to get checked for cancer every three months.

His wife, Marcie Faust, and three young children will join him for his third DASH for Detection along with friends and family on Team Big D Faust.

“The big takeaway is how quickly pancreatic cancer can get to a point where it’s out of control,” said Faust. “That’s why the Rolfe Foundation focuses on early detection and why DASH for Detection is so important.”

Eisenkramer’s dad, Jack L. Eisenkramer, had a brief battle with pancreatic cancer. He was diagnosed at the end of November 2015 and passed away on August 3, 2016.

His symptoms included lack of appetite, back pain and stomach cramps.

“It is unknown what causes pancreatic cancer, but my father had the BRCA2 mutation, which is considered to be a tumor suppressor gene that increases the risk of cancer,” said Eisenkramer.

She explained that her father had three different types of chemotherapy treatments:  two standard, recommended treatments and a non-FDA approved drug for the BRCA2 mutation.

Eisenkramer emphasized how crucial it is for children of cancer patients to know their family history.

“Ask questions and determine if there are any genetic markers which run in your family,” she said. “If so, I would advise getting tested, so you can take preventative measures for your future.”

If pancreatic cancer runs in your family, she recommends building a relationship with a gastroenterologist who is open to screening at a young age by completing CT scans and MRIs.

“This ensures that there is a baseline to be able to watch and see if something develops over time,” added Eisenkramer.

Eisenkramer knows firsthand how difficult it is to see any loved one suffer and not be able to help.

“I believe everyone has their own way of coping and you have to find what is best for you,” she said.” I will always recommend spending as much time as you can with that person.”

She’ll always remember the special moments she shared with her dad and immediate family when the Eisenkramers participated in the DASH for Detection in 2016.

“It was a beautiful day along Lake Michigan,” she said.

Currently there are 33 people registered to participate in memory of her father on Team JLE (his initials) this year.

“The DASH event is a great way to show our support for the community of individuals who are fighting pancreatic cancer or have lost someone to pancreatic cancer,” said Eisenkramer. “It is an event filled with so much love, because it is a group that has one common ground.”

DASH for Detection is a family friendly event with music, bagels and a food truck, and activities including face painting and a post-race Kid’s Sprint.  All DASH for Detection routes are handicap- and stroller-accessible. Dogs are not allowed. 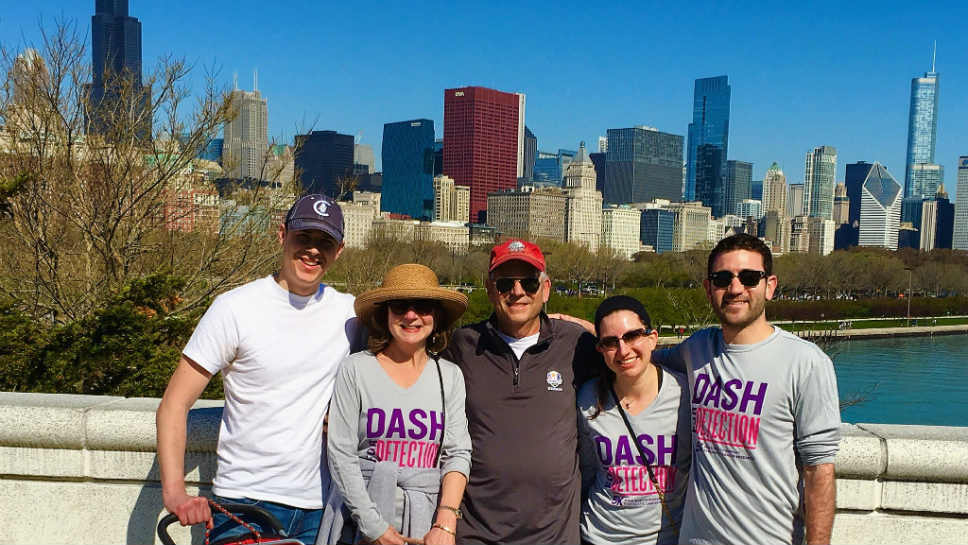 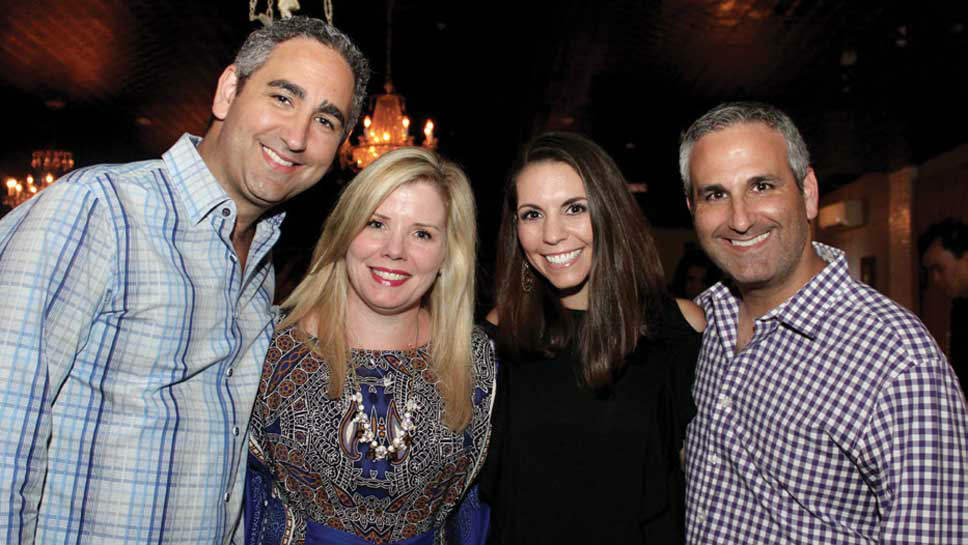