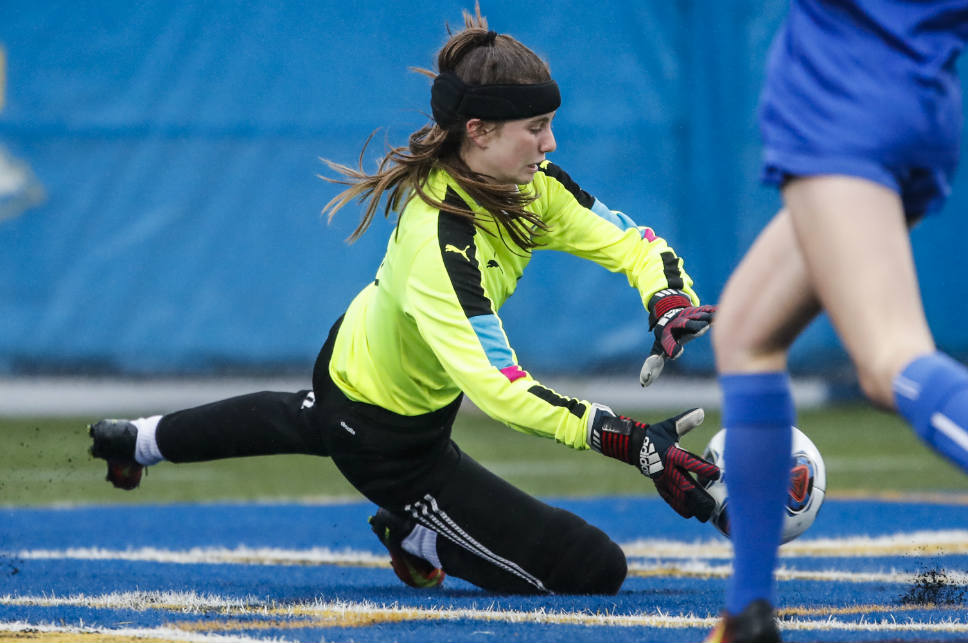 Making the goal-line stand is her specialty.

Playing a position that can be daunting — and unforgiving, at times — the sophomore goalkeeper didn’t making any excuses following her team’s heartbreaking 1-0 loss to visiting Libertyville in a Class 3A regional girls soccer game at LF’s Varsity Field on May 18.

The Wildcats scored with just 3.9 seconds left in regulation on a loose-ball goal by Alex Houser.

“I’m pretty upset with myself right now,” said DiVagno, moments after breaking a team huddle near midfield with her teammates and coaches. “That goal could’ve been prevented.”

As the clock was ticking down, things got a little messy near the mouth of the LF goal. The Wildcats, seeded No. 3 in the Libertyville Sectional, came with an all-out, last-second blitz.

“It was chaotic,” admitted DiVagno.

DiVagno could’ve screamed “foul” on the play. A potential obstruction call was there … for the calling — and the taking.

Instead, DiVagno and the LF coaches took the high road and accepted the result.

The LF coach, who guided the sixth-seeded Scouts to an 8-7-2 record, had nothing but praise for his talented goalie.

“She’s been outstanding for us,” said Stuckslager. “She’s been a stalwart.

“She plays with a lot of poise,” the coach added. “And she does a great job of organizing our defense.”

DiVagno was at her finest on May 15, when LF defeated Highland Park on penalty kicks (3-1) in a regional semifinal. She made a number of impressive saves that night, including three in the PK shootout.

PKs can be a tricky business for a goalie.

“Some people tell you to guess. Some tell you not to guess,” said DiVagno. “I just try to trust my instincts.”

DiVagno had a number of keepsake performances this spring.

Last year, DiVagno broke onto the scene along with six other elite-level freshmen. Six of those players left the LF program to play club ball full time.

The one wearing jersey No. 0 took a different route.

“She’s the one who stayed,” said Stuckslager.

“That was a bold decision by her,” Douglass added.

And, it’s one that DiVagno does not regret.

“I had a concussion issue so I thought that playing club would be too huge of a commitment,” she said.

Besides, the 5-foot-5 DiVagno added: “I love the experience of playing on a high school team. I love the bonding. We see each other at school everyday, and we really get to know one another. Our team chemistry this year was unbelievable.”

DiVagno, who also started in goal for the Scouts last spring, has put together a solid resume. Prior to high school, she was the No. 1 goalie for a Lake Forest Soccer Association “Dream Team”, which won four straight state championships. Her U16 squad took second in the national tournament.

“They kind of just gave me the spot,” said DiVagno. “In the first two months of my U8 season, I was a forward.

“But I couldn’t figure out the offsides rule,” she said, with a smile. “So they made me the goalie.”

That positional changed has paid dividends for DiVagno.

“She came to us game-ready and well-regarded,” said Douglass. “And she just keeps getting better. I’ve never had a goalie [in the girls program] work any harder than her.

“She’s focused, engaged and she plays with a lot of confidence,” Douglass added. “She’s won the trust of her teammates. In fact, her teammates love her.” 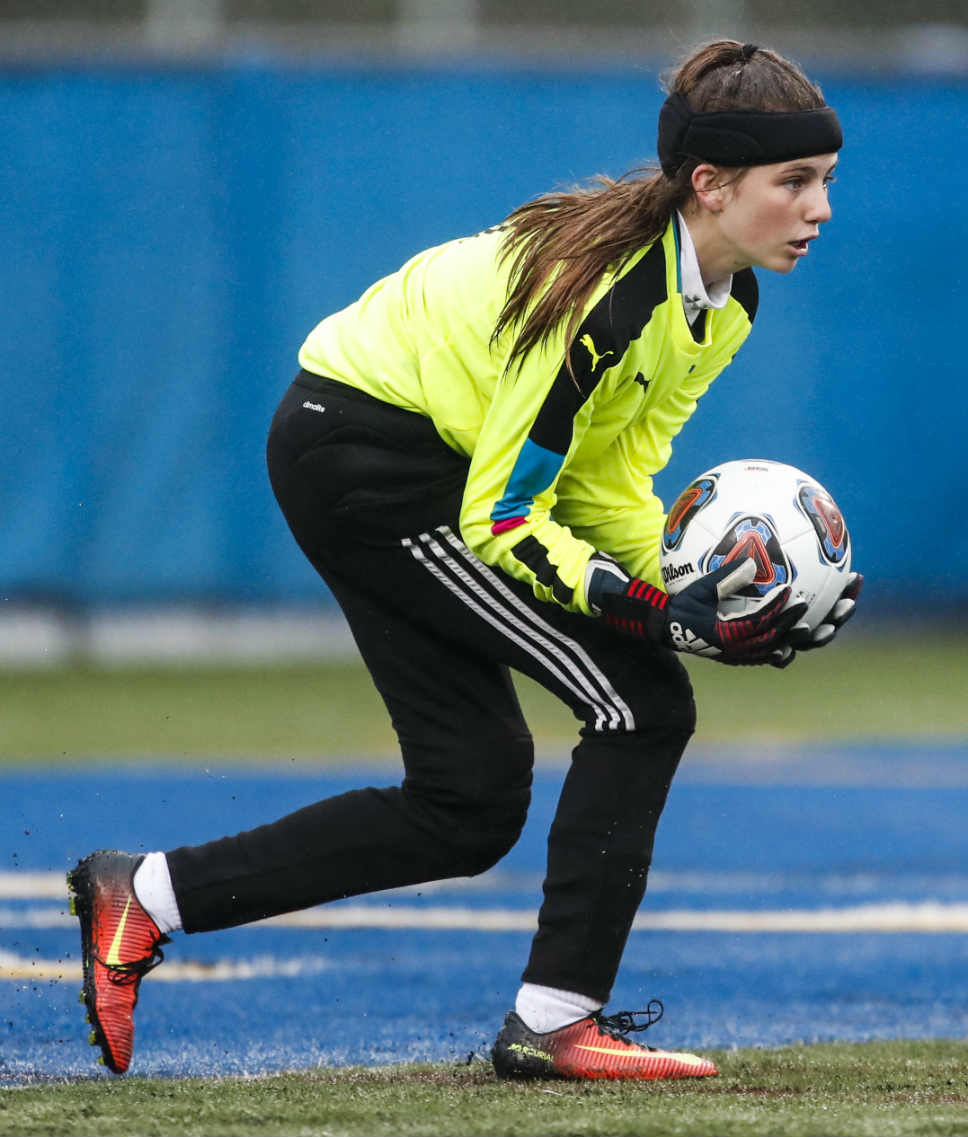 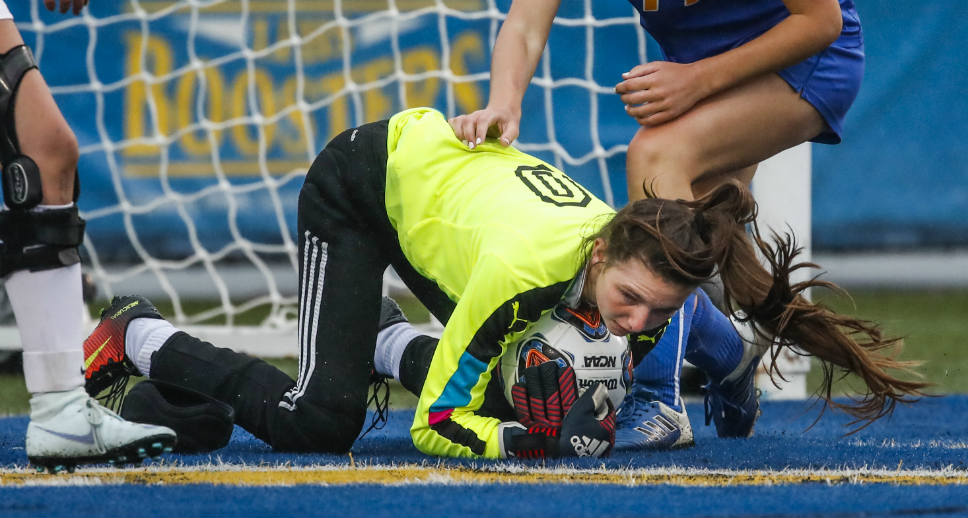 LF’s Sophia DiVagno gobbles up a save against Libertyville. PHOTOGRAPHY BY JOEL LERNER 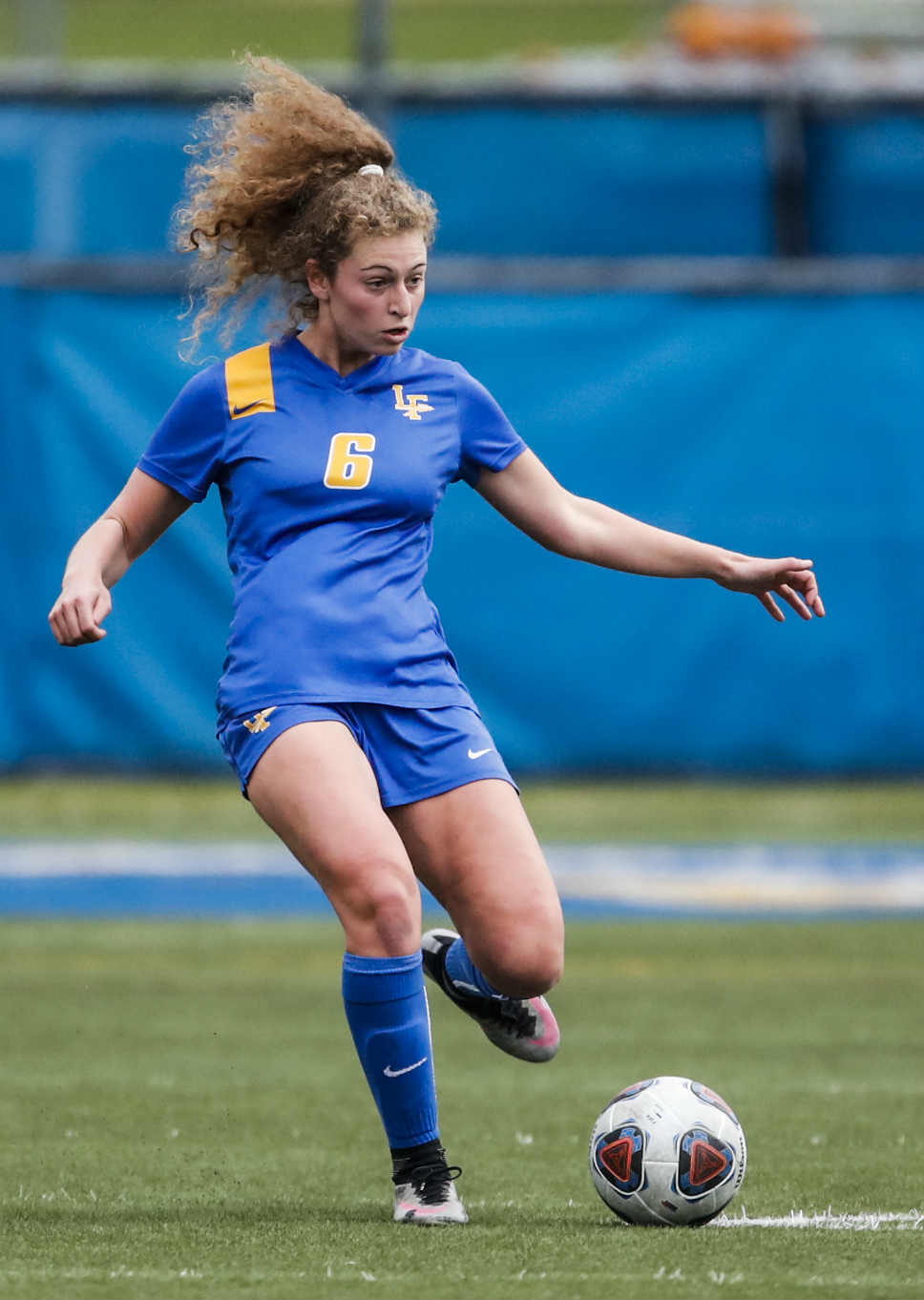 Camy Esplin of the Scouts looks to pass. PHOTOGRAPHY BY JOEL LERNER 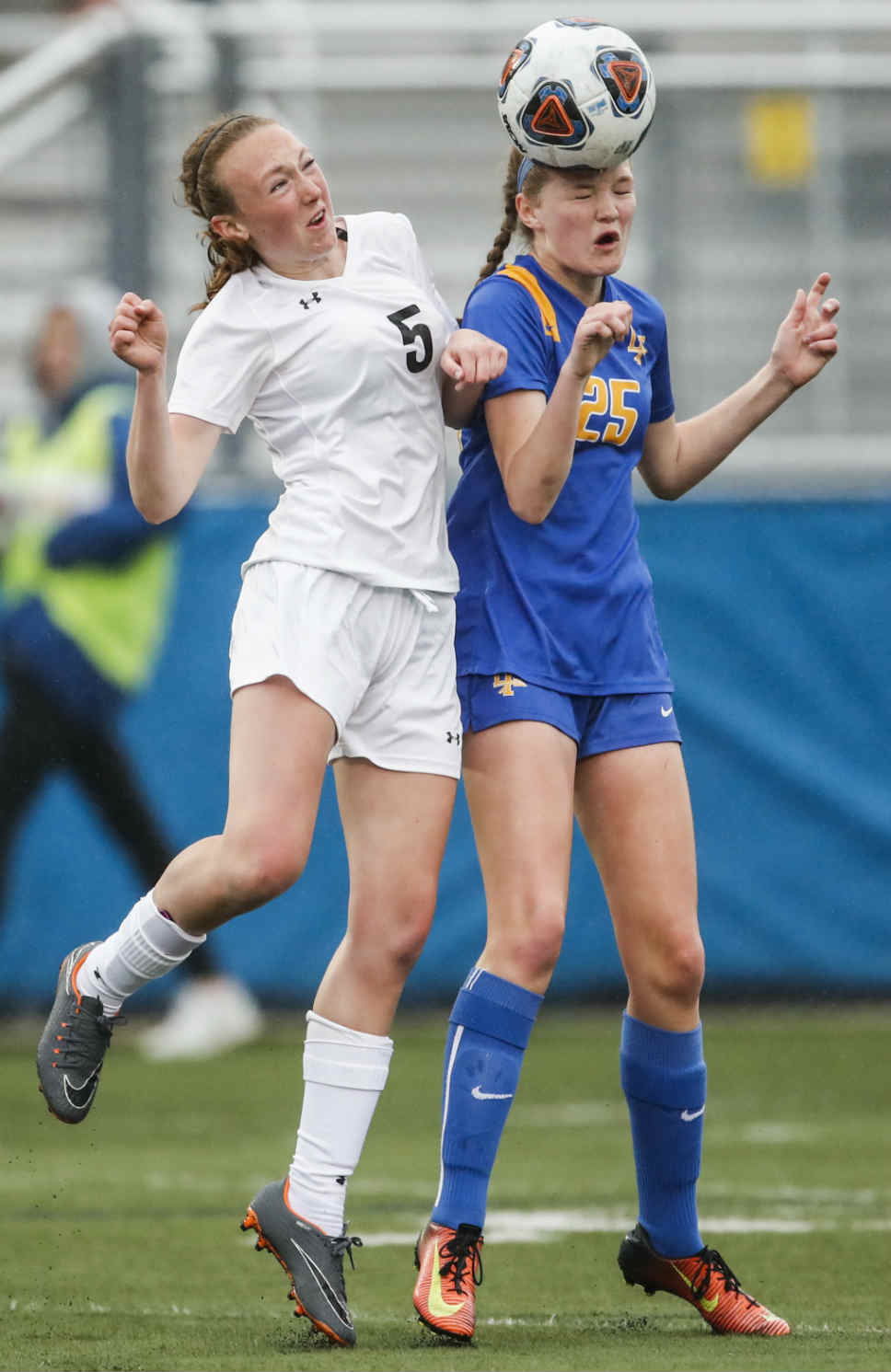 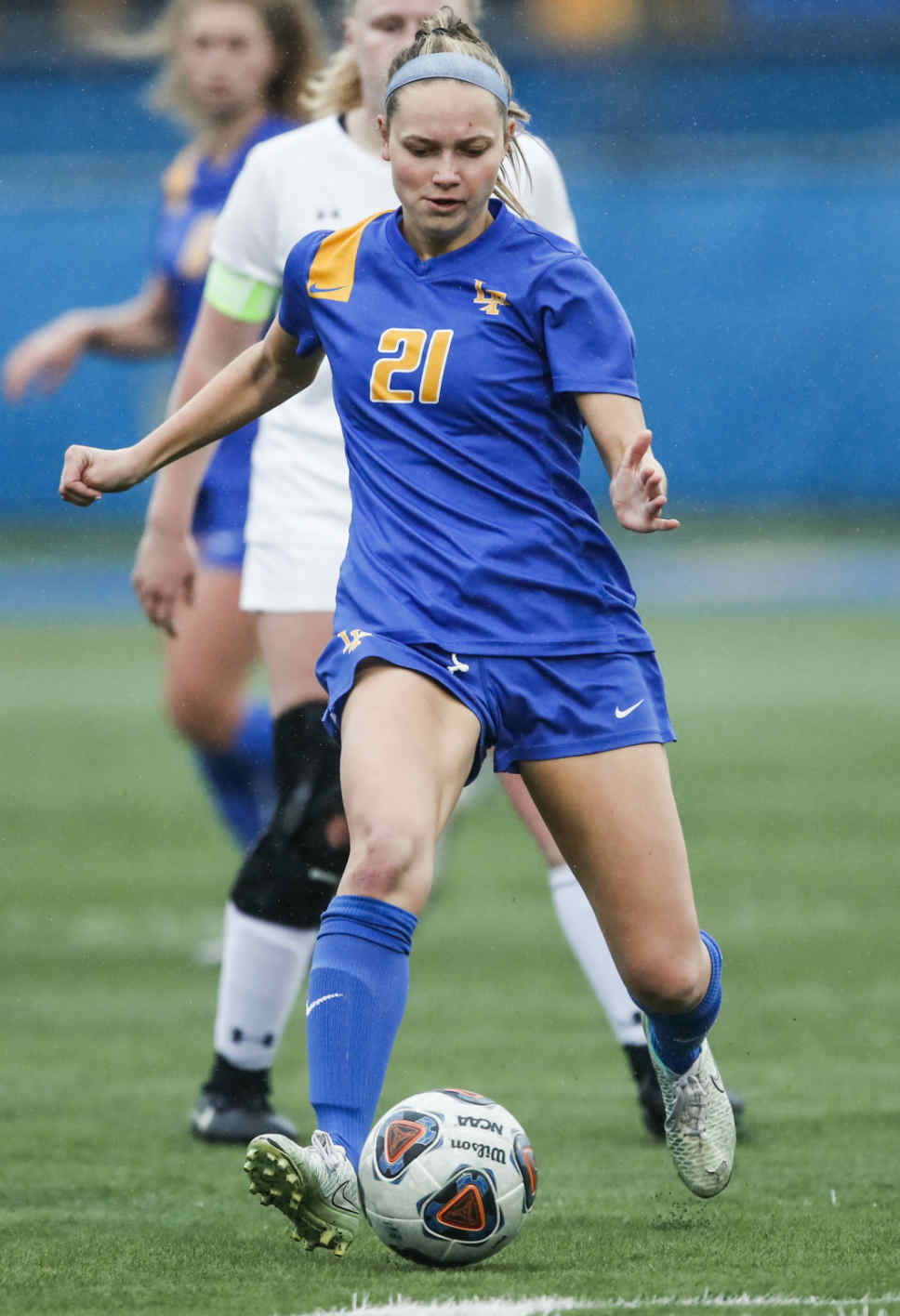 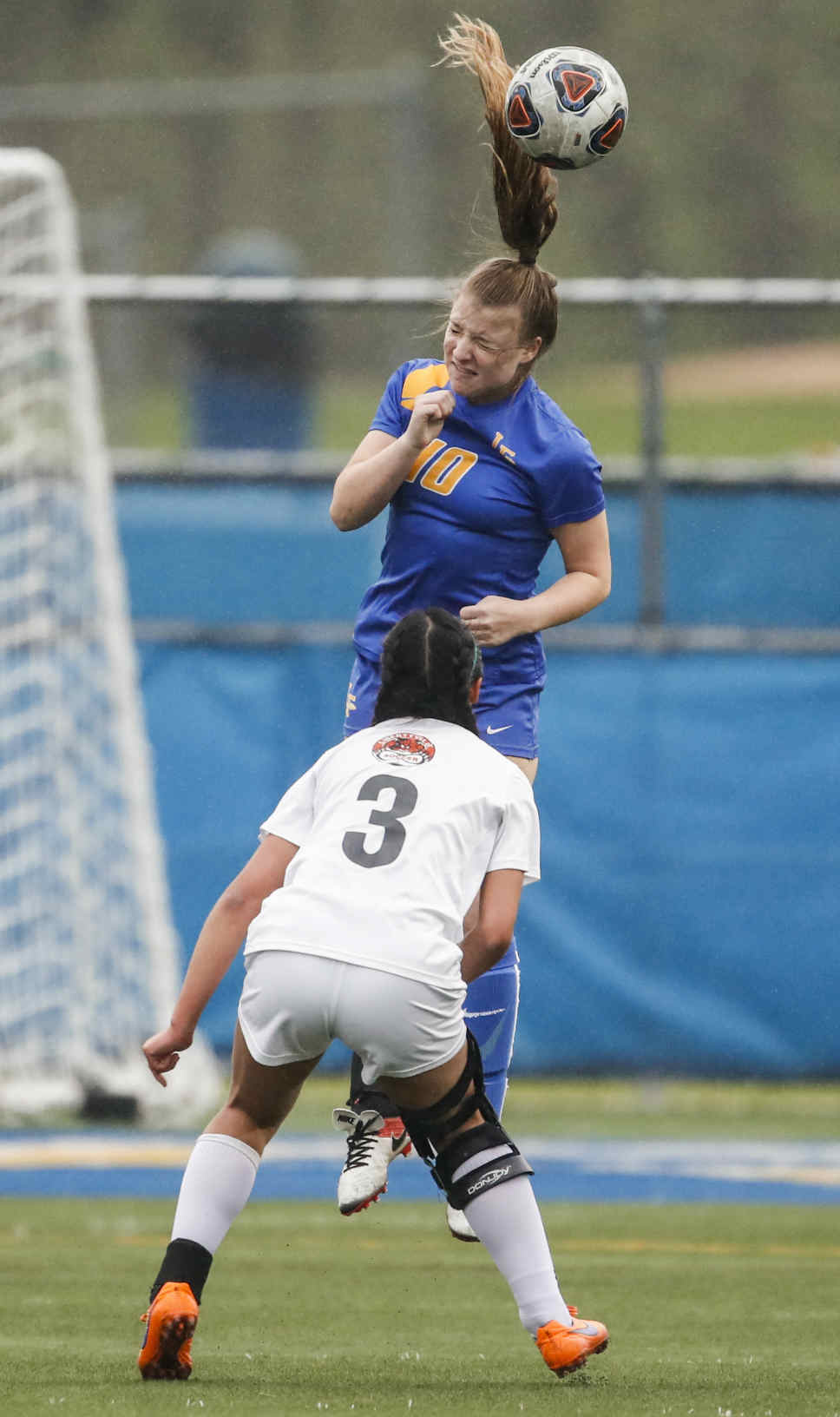 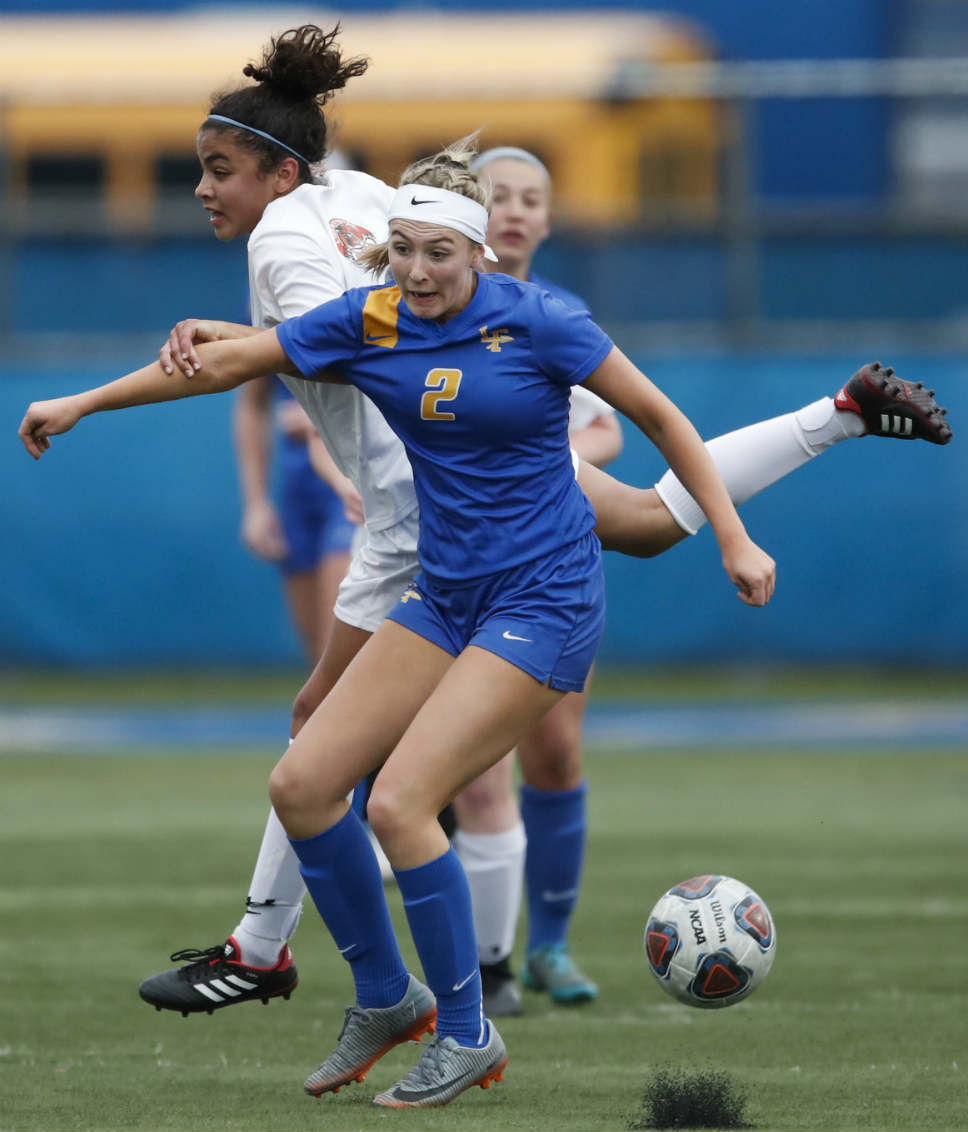 Ashley Bufe of the Scouts fends off a Libertyville player. PHOTOGRAPHY BY JOEL LERNER 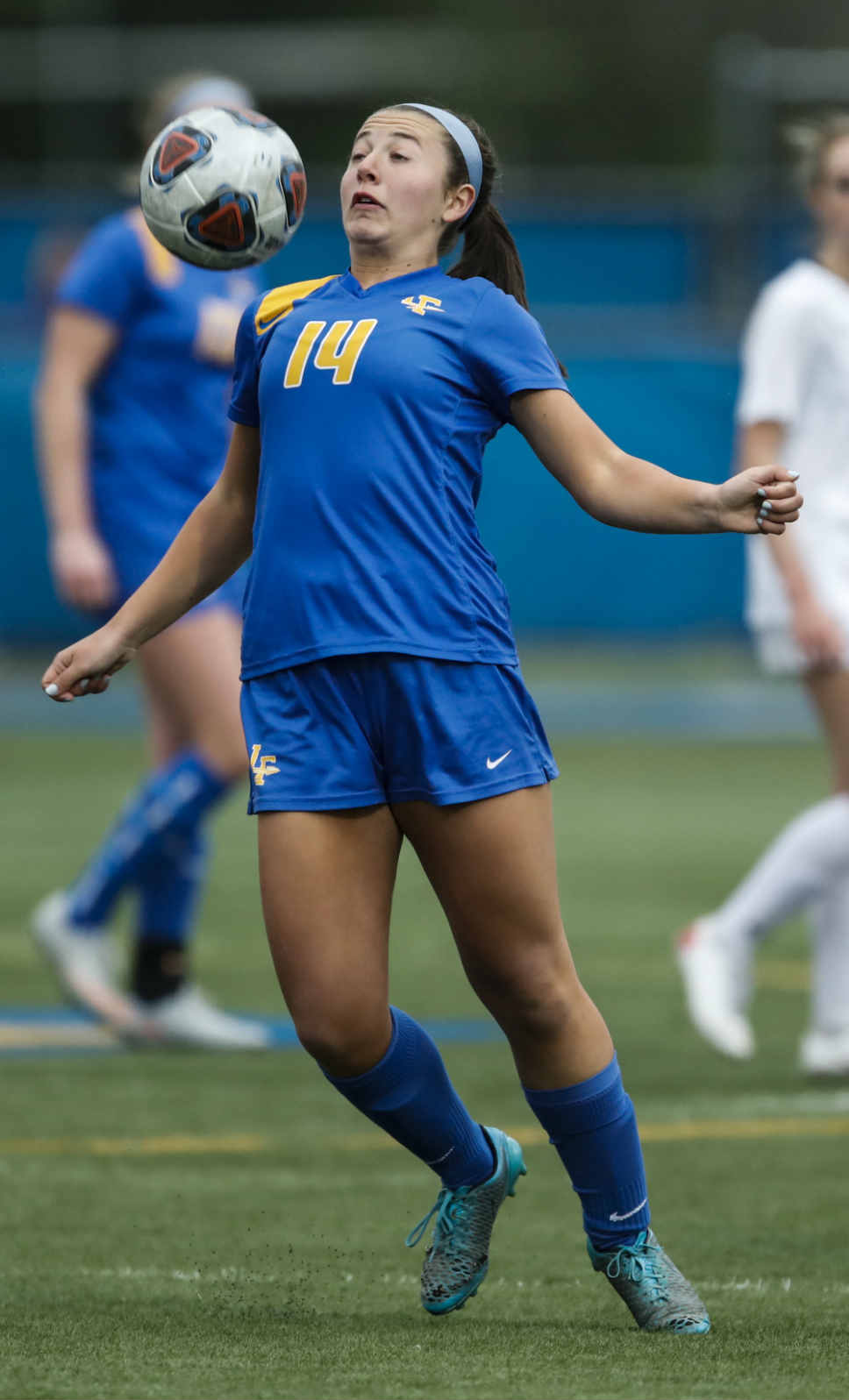 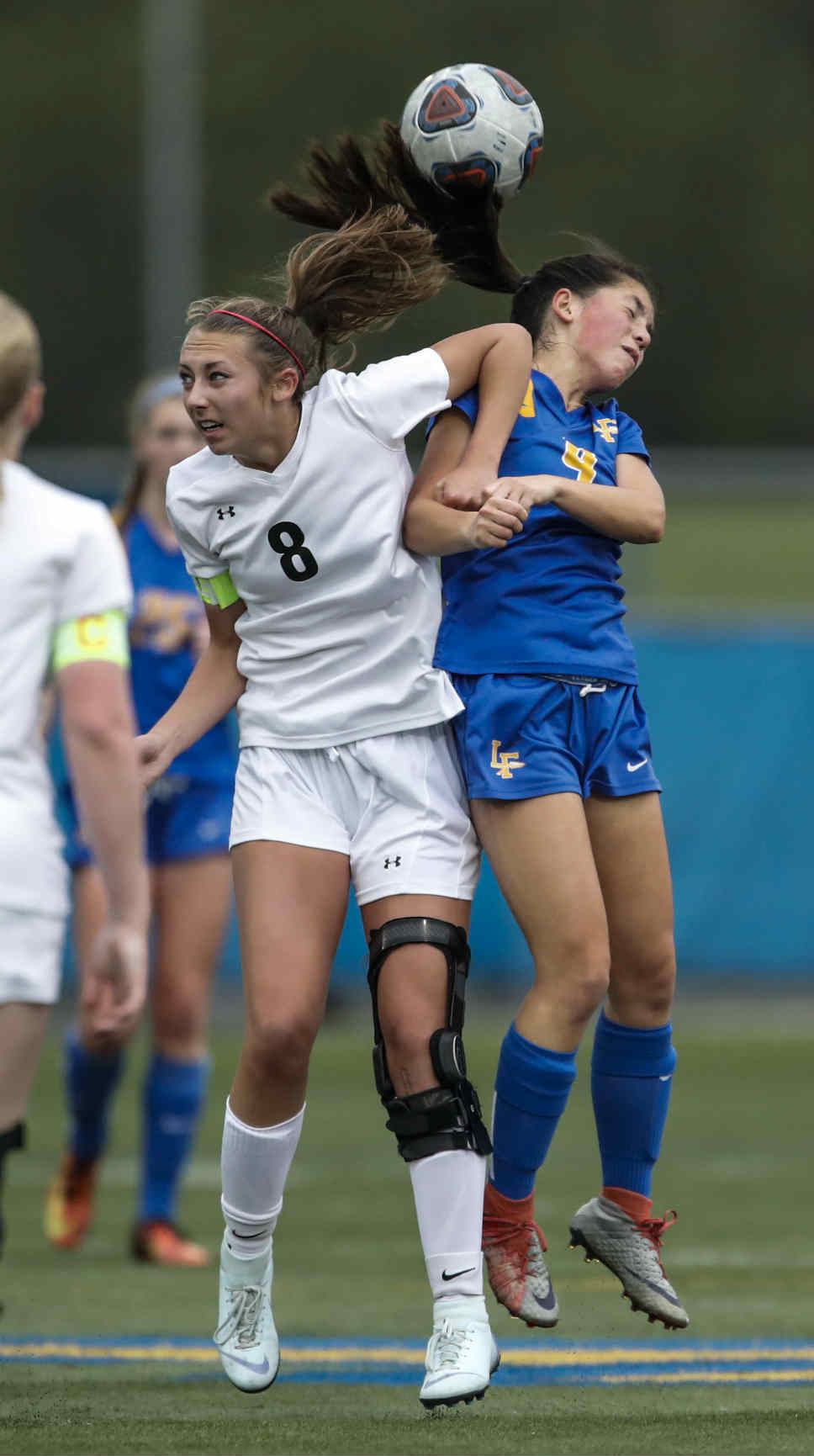 Katie Bondoc of the Scouts (right) mixes it up with Libertyville’s Savanna Winiecki. PHOTOGRAPHY BY JOEL LERNER 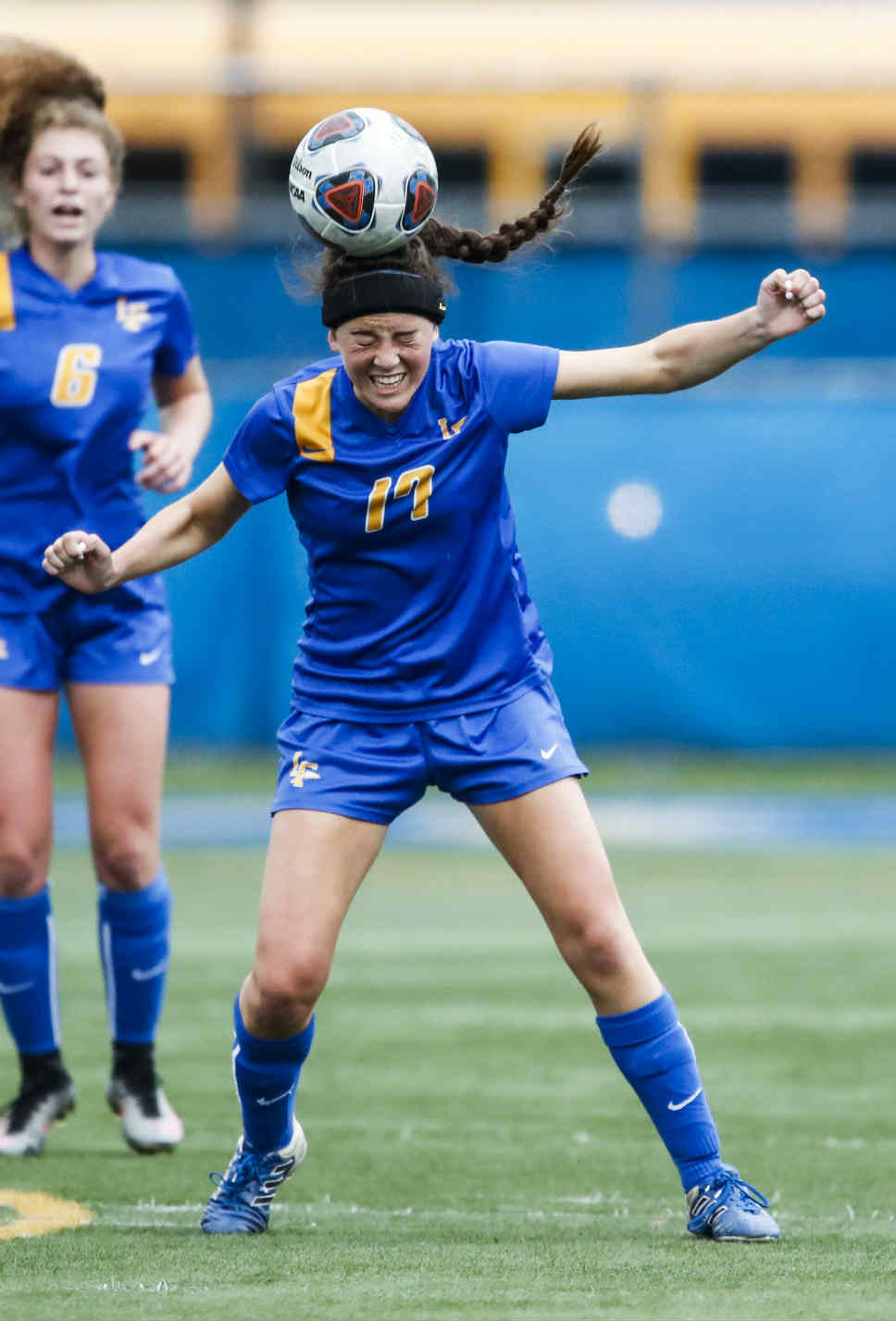 Leland Keller of the Scouts heads the ball against Libertyville. PHOTOGRAPHY BY JOEL LERNER 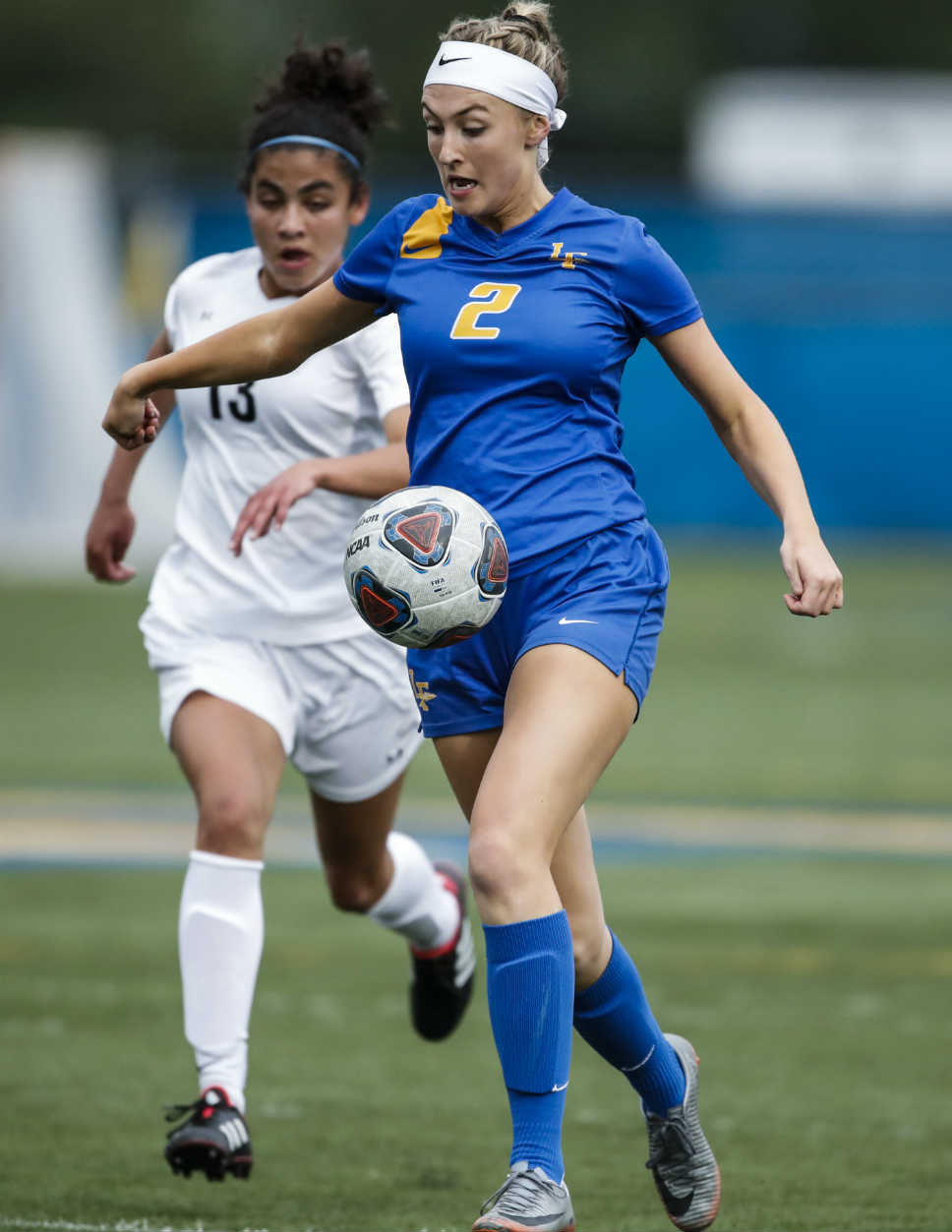 Ashley Bufe of the Scouts moves upfield with the ball in front of Libertyville’s Lauren Huber. PHOTOGRAPHY BY JOEL LERNER 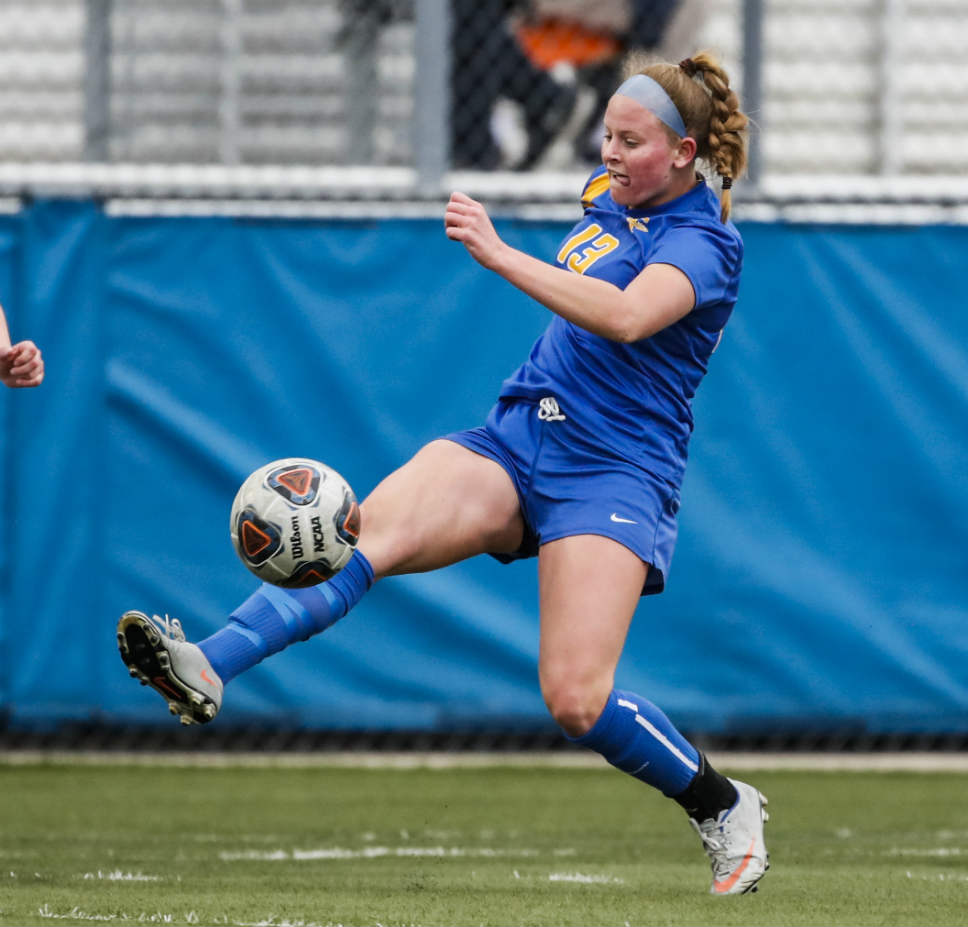 Maggie Mick of the Scouts looks to punch the ball upfield. PHOTOGRAPHY BY JOEL LERNER 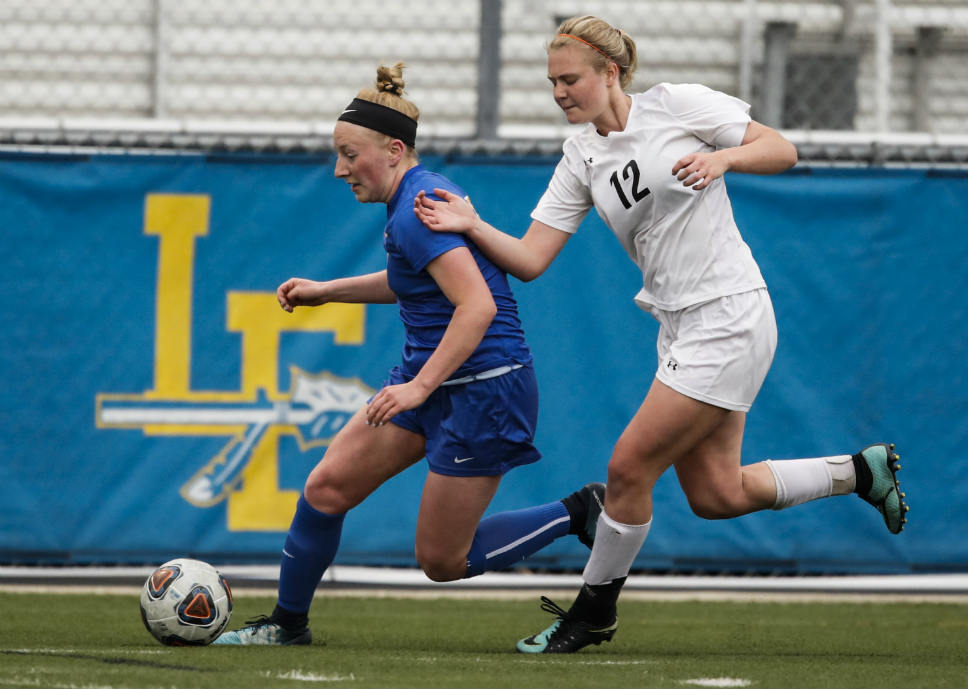