HIGHLAND PARK – When Ravinia Festival kicks off the 2018 season with Los Lobos, Los Lonely Boys and Ozomatli on June 1, guests will have the opportunity to feast on a variety of epicurean delights at the renovated Dining Pavilion.

“It’s a $10 million project and there’s still a lot of construction to be done before the June 1st opening, but we’re getting there,” said Tsonton.

The Dining Pavilion has restaurants on two levels. The first floor will be divided into three areas: the Lawn Bar, the Festival Shop, and Ravinia Market.

Tsonton said the Lawn Bar is a retro-American casual restaurant.

“Lawn Bar is a really fun open air space with an outdoor and indoor bar,” he said.

The menu offers bar bites, such as house-made potato chips made with dill pickle seasoning and served with French onion dip; sandwiches such as a lobster roll and braised beef, as well as shared plates from chicken wings to Korean short rib skewers.

The dishes have a Cali-Pan Asian, homey Deep South, or vegetarian influence. Lawn Bar’s mission is to provide quick service with all food and drinks.

For diners who have a late start or are hungry for seconds, Tsonton added that Lawn Bar will be the first restaurant at Ravinia to remain open throughout the show during pop concerts.

Tsonton described Ravinia Market (the concessions area) as being 40 percent larger this year.

He said the Market took over the old gift shop, which now is in a new space.

“All of this is set up so people will have more options,” said Tsonton. “People can eat at Ravinia Market, Lawn Bar or have a picnic on the lawn.”

To make picnicking easier, diners needn’t carry tables and chairs from home, as these items can be rented from the Festival Shop.

“The chair rental is a big part of how the Ravinia Women’s Board raises money for their charity with profits benefiting Ravinia’s REACH*TEACH*PLAY education programs,” he said.

Tsonton described some of the offerings inside Ravinia Market’s hot food stations:

“We also built panini, pizza and taco stations, and creative salads are offered in eight- and 16-ounce containers to augment your picnic,” he added.

Tsonton said the difference between these and other food stations is that Ravinia Market, as well as all of the restaurants in the Dining Pavilion, cook food from scratch.

The second floor will be divided into two restaurant spaces, the current Park View and the new Tree Top and Porch.

Tsonton described Tree Top as a “re-imagined modern chef’s table with a globally influenced menu.” There will be a large induction line where quests can view the chefs preparing dishes.

“We’re opening with a country French menu. We’ll match menus with things that are influenced by the shows,” said Tsonton. “Last year, we did a big Spanish table when Gypsy Kings performed,” he said.

Park View has had the least amount of changes. An over structure was built for both restaurants, so their patios are now covered for inclement weather. Tsonton said Park View has more traditional dining with a full course sit-down dinner. Reservations are recommended for both Tree Top and Park View.

“The big change for me as a chef is we’re really focused on cooking micro-seasonally throughout the whole park,” said Tsonton. “You’ll see asparagus in our operations until there’s no more asparagus coming from Michigan, which means the third week in June or first week in July.”

Tsonton said he’ll cook with the items that his produce purveyor gets from the five Midwest states around us, because diners want to eat what’s growing now and have the freshest food possible.

Tsonton is a Cleveland native who moved to Chicago about 20 years ago. He loves working at the oldest music festival in the country, and looks forward to making a grand entrance at Ravinia’s June 1 season opening on his 1999 Ducati 996.

“Summer is really the best time, when chefs have all of the fun,” he added. 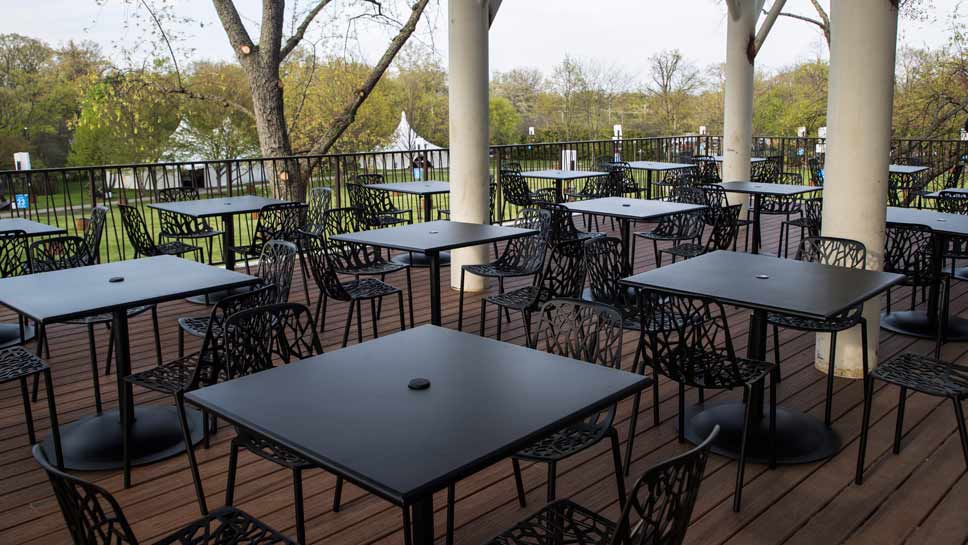 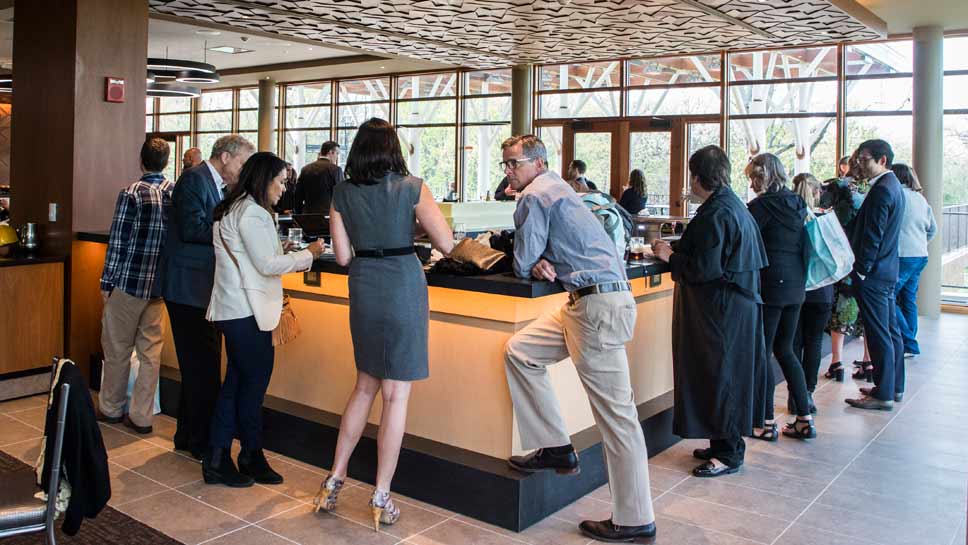 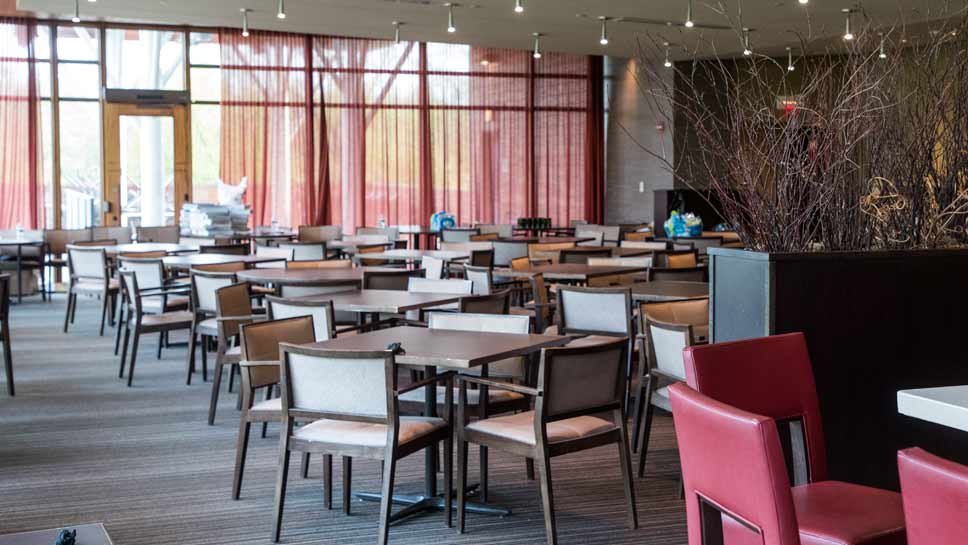 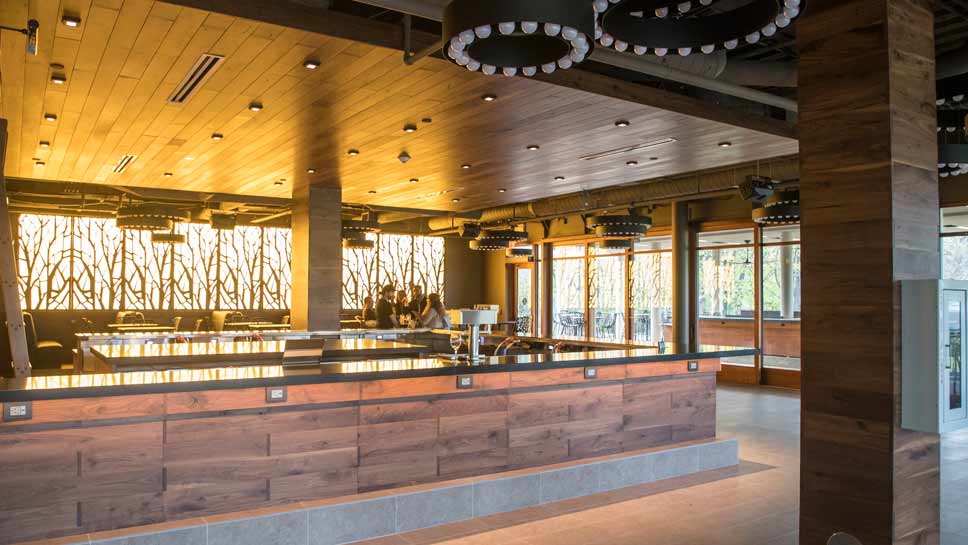 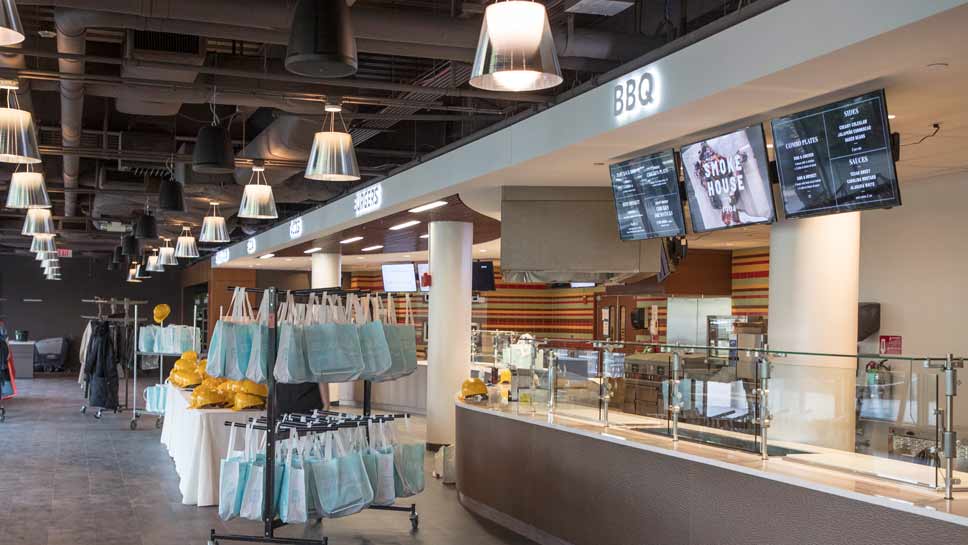 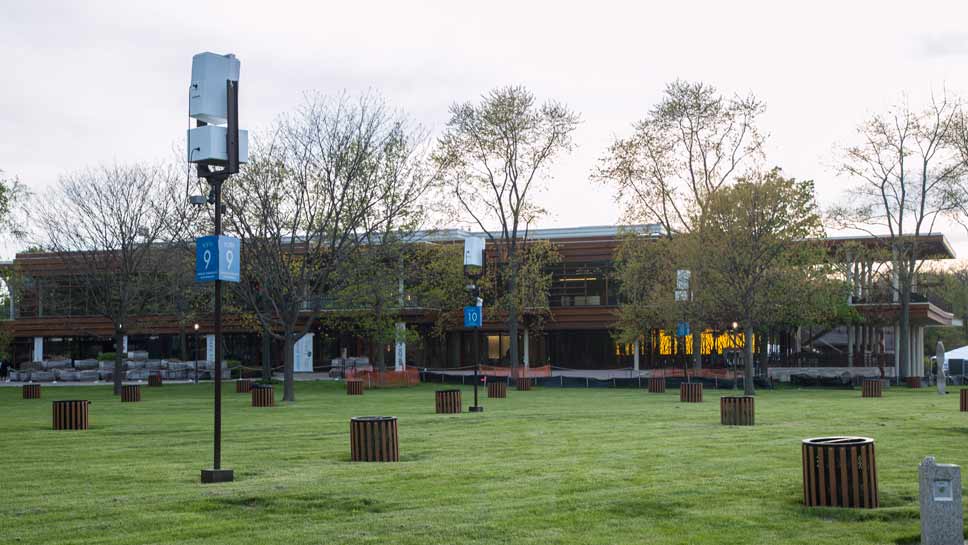