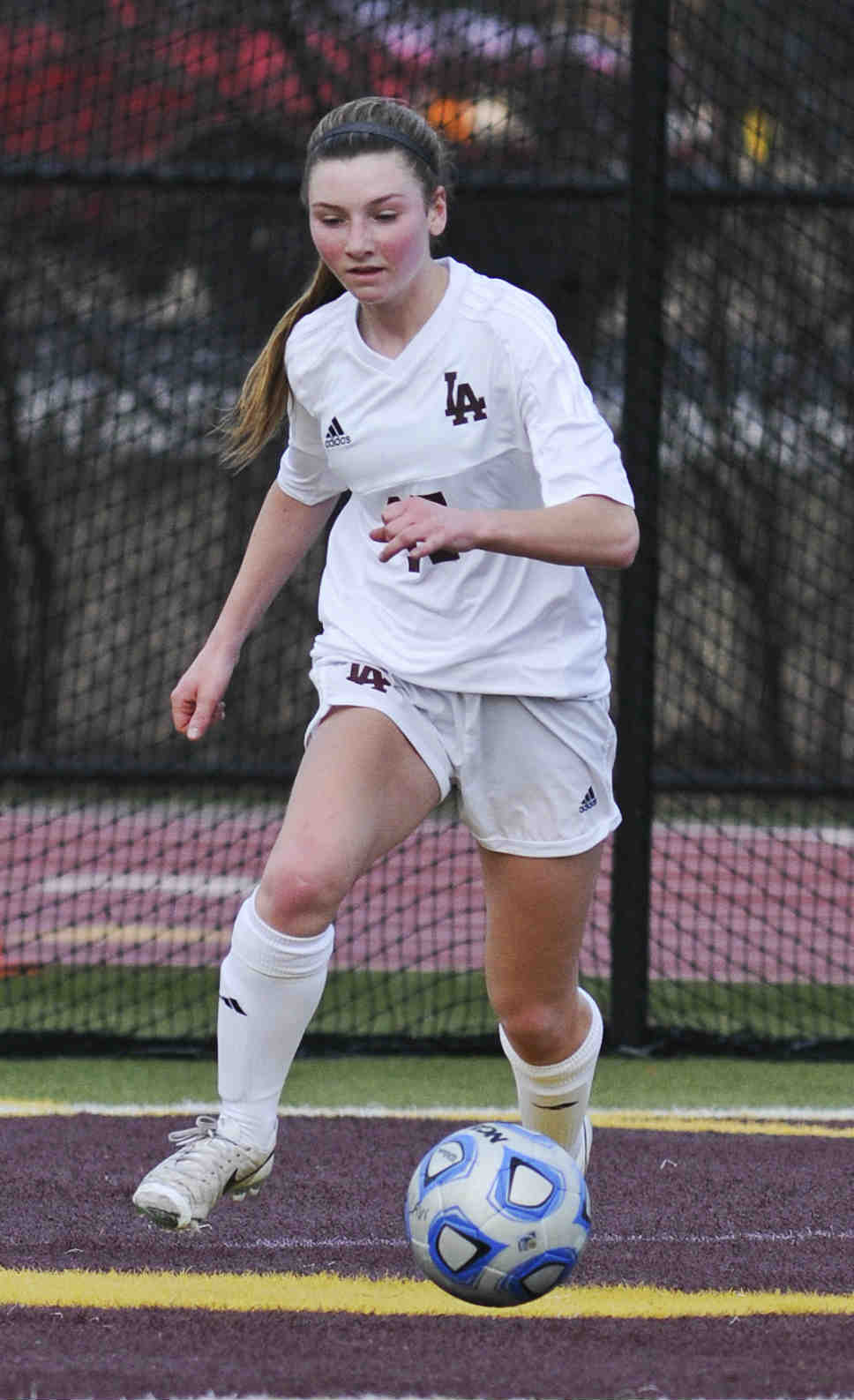 Stephanie Ramsay and her family moved from New York to Lake Forest at the age of 2.

That’s Ramsay, on a soccer pitch, in every match.

“I do whatever I can to help my team win,” said Ramsay, a co-captain (with University of Iowa recruit and senior back Riley Burns) for a 19-1-4 Ramblers squad, which edged Lane Tech 1-0 in two overtimes for the Class 3A Niles North Regional championship in soggy Skokie May 18 and beat host Glenbrook South 3-0 on May 22 in a sectional semifinal. “I go hard in tackles, give everything I have, give everything until I can’t run anymore. As a captain, it’s my job to set the right tone for my teammates and remain positive.

“Soccer is tough, physically and mentally,” the FC United club player added. “Being named captain excited me; it meant my teammates trusted me, trusted Riley and me to lead. It has been an honor to serve this team as a captain.”

Captain Ramsay delivered in the third minute of the second OT last weekend, sending a corner kick to bunches of scrambling Ramblers and Vikings in front of Niles North senior keeper Margaret Grossman.

Loyola Academy junior midfielder Sammie Holton dummied the corner kick, the ball glancing off a goal-line-planted Vike and past Grossman.

“It might have touched a part of my leg,” Holton said.

“Frenzied,” Ramsay said of the sequence that led to the match’s lone goal.

LA co-coach Scott Ackman (with Jordan Kellgren) credited the clincher to Holton. What was indisputable: LA had captured its 10th consecutive regional title against a crew (14-4-2) that had entered the final with a 13-match unbeaten streak.

LA, riding a 15-match unbeaten streak, was scheduled to face New Trier in the sectional final at GBS on May 25 (6 p.m.).

The Ramblers practiced for about an hour the morning after their taut test against Lane’s Indians.

“It was a ‘recovery’ practice,” Ramsay clarified. “We did play 100 minutes of soccer the night before.”

Ramsay’s numbers this spring, through May 18: 14 goals (second to junior forward Maggie Brett among Ramblers) and six assists, a season after finishing with 15 goals and 13 assists. She had played in 101 career matches, 74 as a starter, with totals of 61 goals and 36 assists.

“Huge part of our team,” Ackman said of the three-year varsity starter and Carnegie Mellon (Pennsylvania) University recruit. “Such a hard worker, always wants to get involved.”

Ramsay looked into playing soccer at a Division I school but later focused on finding a match with a Division III school. Most D-I coaches, she discovered, wanted their players to “major” in soccer, which is a fall sport at the college level.

“D-I schools prioritized soccer before school,” Ramsay, interested in studying economics, said. “I didn’t like hearing that. I spoke with the coach [Yon Struble] at Carnegie Mellon, and he said education would clearly be the No. 1 priority.”

Ramsay loved the sound of that.

At the top of Ramsay’s list, regarding her duties as an invaluable soccer leader, is making sure her teammates are ready for battle before each match.

“Stephanie,” Holton said, “is good at pumping us up and knowing what to say and when to say it. She’s all heart when she plays, gives it her all at all times.”

A part of summertime for Ramsay each year is time spent in Green Lake, Wisconsin, home to her family’s lake house. Swimming, waterskiing, tubing, jet skiing — Ramsay does it all up there.

But the soccer star will no doubt have a ball when she gets to deal with that excitement in her post-college life. 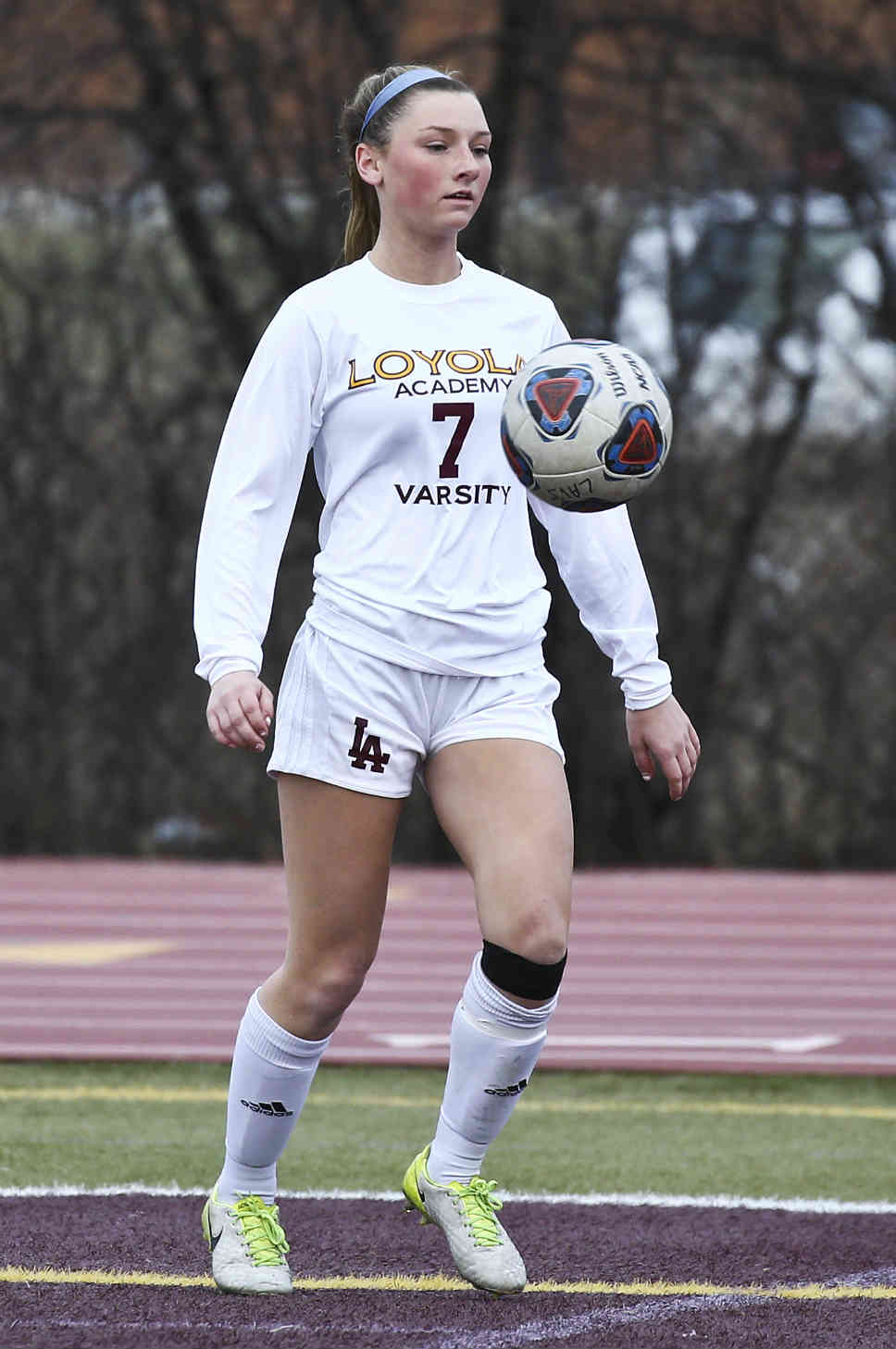 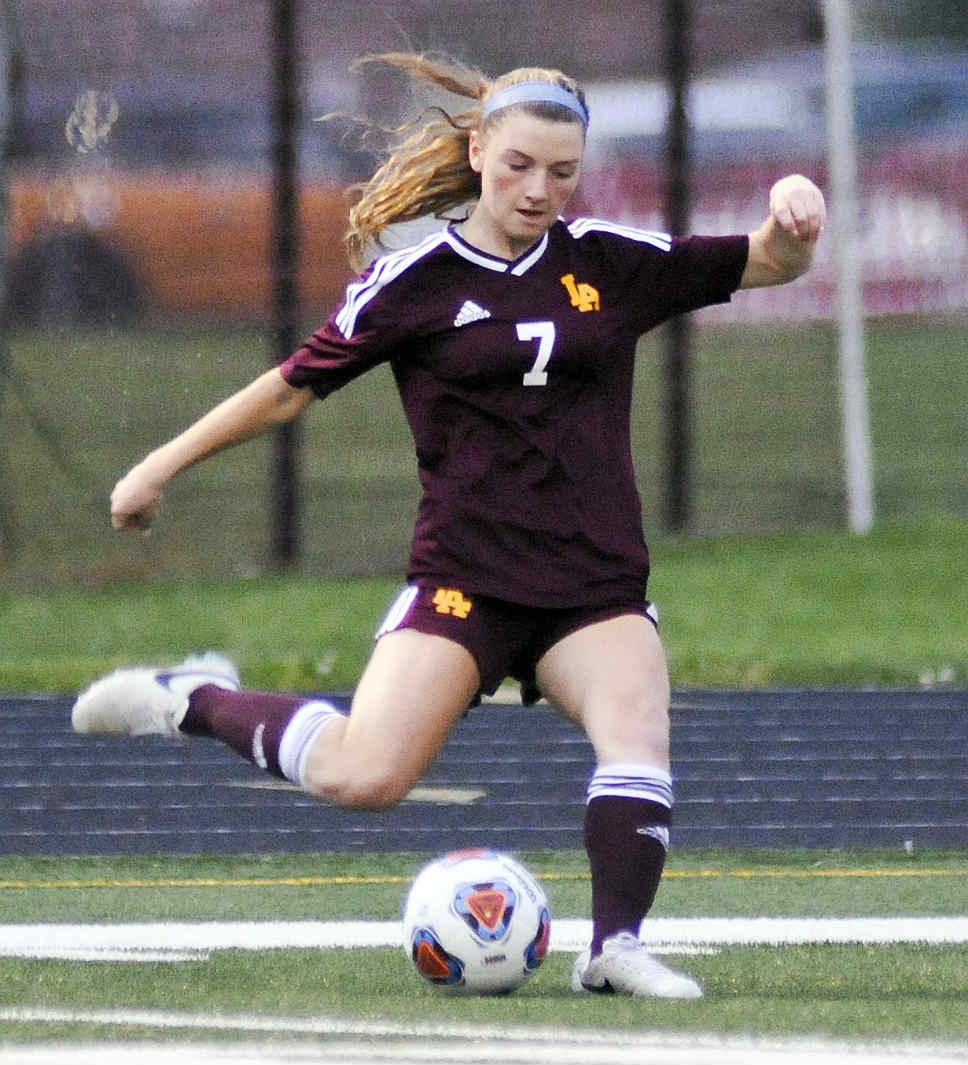