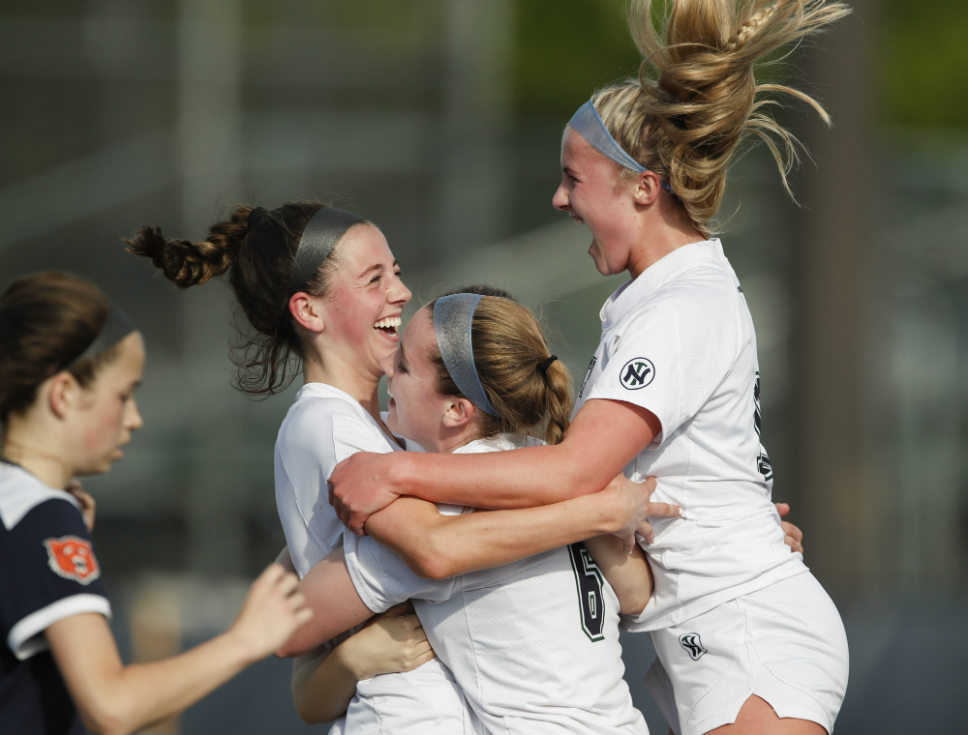 New Trier’s Victoria Flannagan (left) celebrates one of her two goals in the sectional semifinal with two of her teammates, Lily Conley and Emma Weaver. PHOTOGRAPHY BY JOEL LERNER

He had a little one-on-one meeting with his senior forward.

“He told me that he had faith in me, and that I needed to have faith in myself,” said Flannagan. “He told me to be a game-changer.

“After he said those things, I took it to heart,” she added. “I had to do something.”

The unheralded Flannagan wound up being one of the players of the game in New Trier’s 3-0 victory over rival Evanston in a Class 3A sectional semifinal at Glenbrook South on May 22.

Decked out in her pinkish orange shoes, the 5-foot-8 Flannagan scored twice in the second half to assure the Trevians (21-0-2) a spot in the sectional final at GBS on May 25. They will face Loyola Academy (20-1-3), a 3-0 victor against GBS in Tuesday’s other semifinal, at 6 p.m.

This was a breakout game, of sorts, for Flannagan. With her two goals, No. 4 doubled her goal total for the season. In addition to those four goals, she has two assists.

“Victoria was awesome today,” said Burnside. “She stepped up — as she should.

“This was her time,” the coach added. “She played with an extra edge today. She let it all fly.”

Getting up for this game wasn’t too hard for Flannagan.

“I can explain it,” she said. “It’s the sectional. And we’re playing our biggest rival in Evanston.

“I had to be intense. Had to be hyped up,” Flannagan added.

Burnside thought he had something in Flannagan — months ago.

“She didn’t play a lot last year,” said Burnside. “But I saw her dedication. She spent a lot of time in the weight room [in the offseason].”

Flannagan simply had to wait her turn with a program rich in tradition (6 state titles, 2 state runner-up finishes).

“A lot of seniors graduated last year. A lot of good ones,” she said. “I thought this might be my time to shine.”

Goal No. 1 came with 31:46 left in the second half, when Flannagan converted a cross from Nicole Kaspi (14 goals, 5 assists).

“No one was on me,” said Flannagan, who flooded the mouth of the goal with several of her teammates. “The ball came my way and brushed off the leg of one my teammates. I just had to kick it in.”

Flannagan’s second score, with 14:05 left in the second half, put the Trevians ahead 3-0 and sealed the win.

She just missed leaving the field with a hat trick.

Two minutes into the second half, a charged-up Flannagan hurried on a point-blank shot and punched it over the crossbar.

The Wildkits, who entered the game with a 14-7-3 record, turned in a sturdy performance — especially in the first half. They kept NT’s high-powered offense off the board for 38-plus minutes.

And then, sophomore Emma Weaver made a play.

The speedy star broke free and dribbled down the left sideline, shifted into high gear and blasted a shot past Evanston goalie Sylvi Imrem with 1:43 left in the first half.

Imrem didn’t have a chance.

It was Weaver’s 13th goal of the season to go along with a team-high 16 assists.

“[Molly] Lombardi has them locked in,” Burnside said of one of his assistant coaches. “They’re solid. They play well together, and they play for each other.”

Meghan Dwyer did the job in goal. The Trevians now have 18 shutouts this spring.

Notable: The wins just keep piling up for New Trier coach Jim Burnside. He claimed career win No. 500 on May 5, when the Trevians defeated Lake Forest. He’s now at 505 wins and counting. 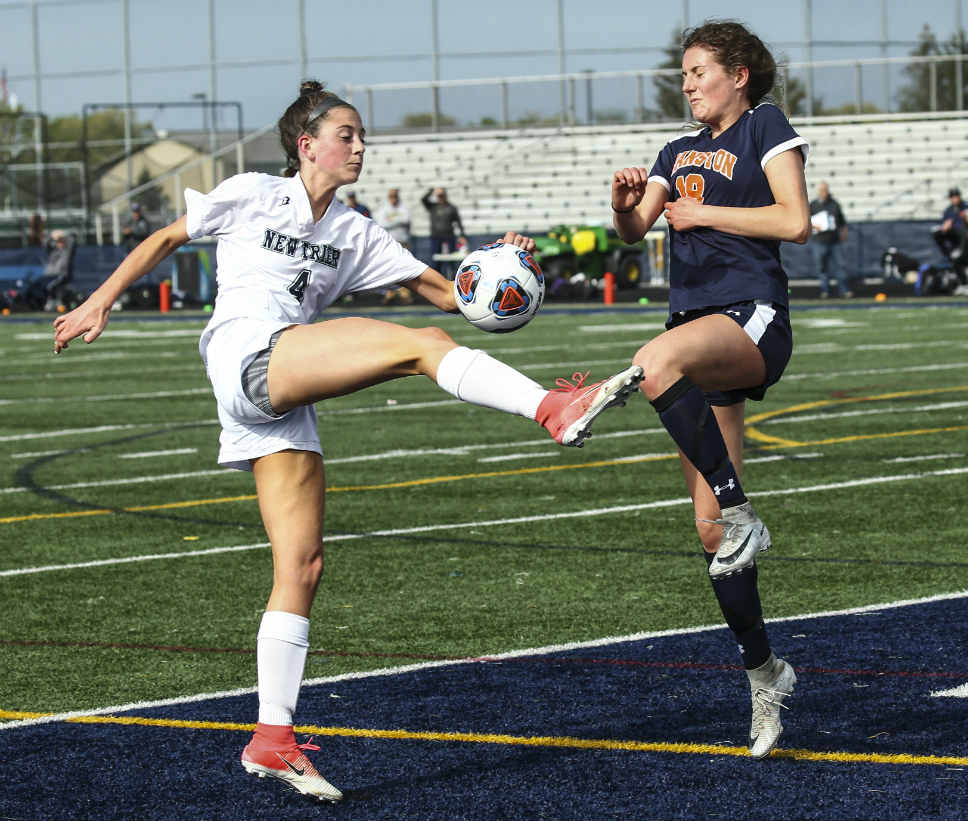 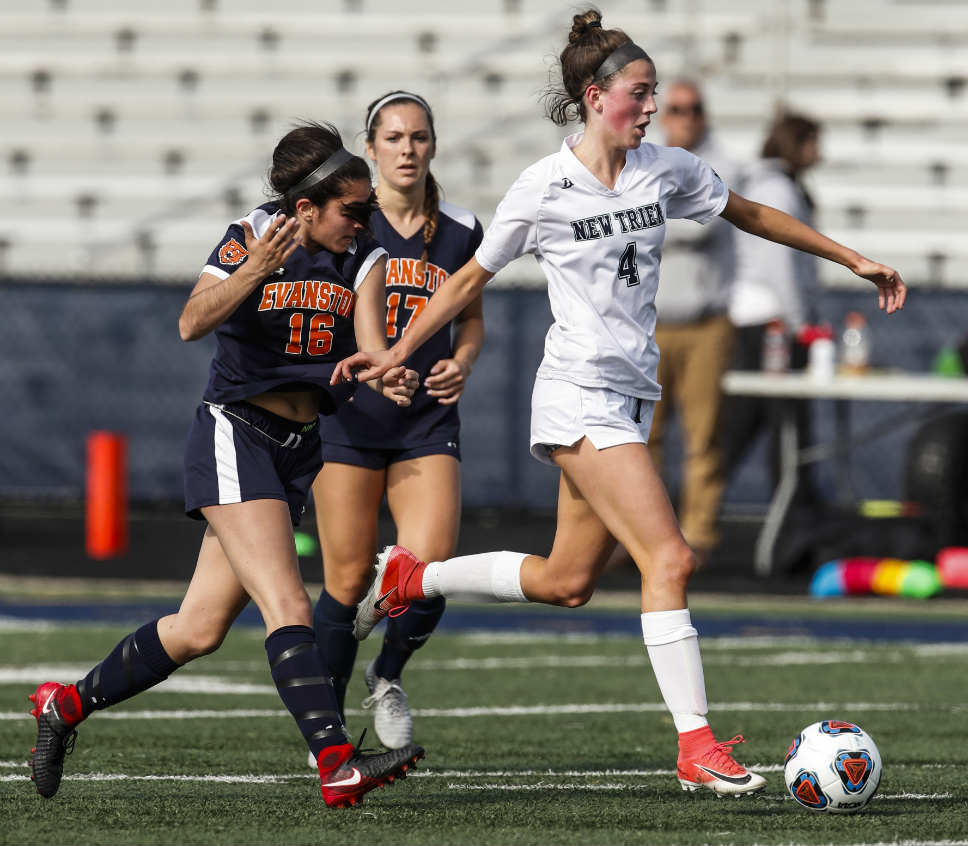 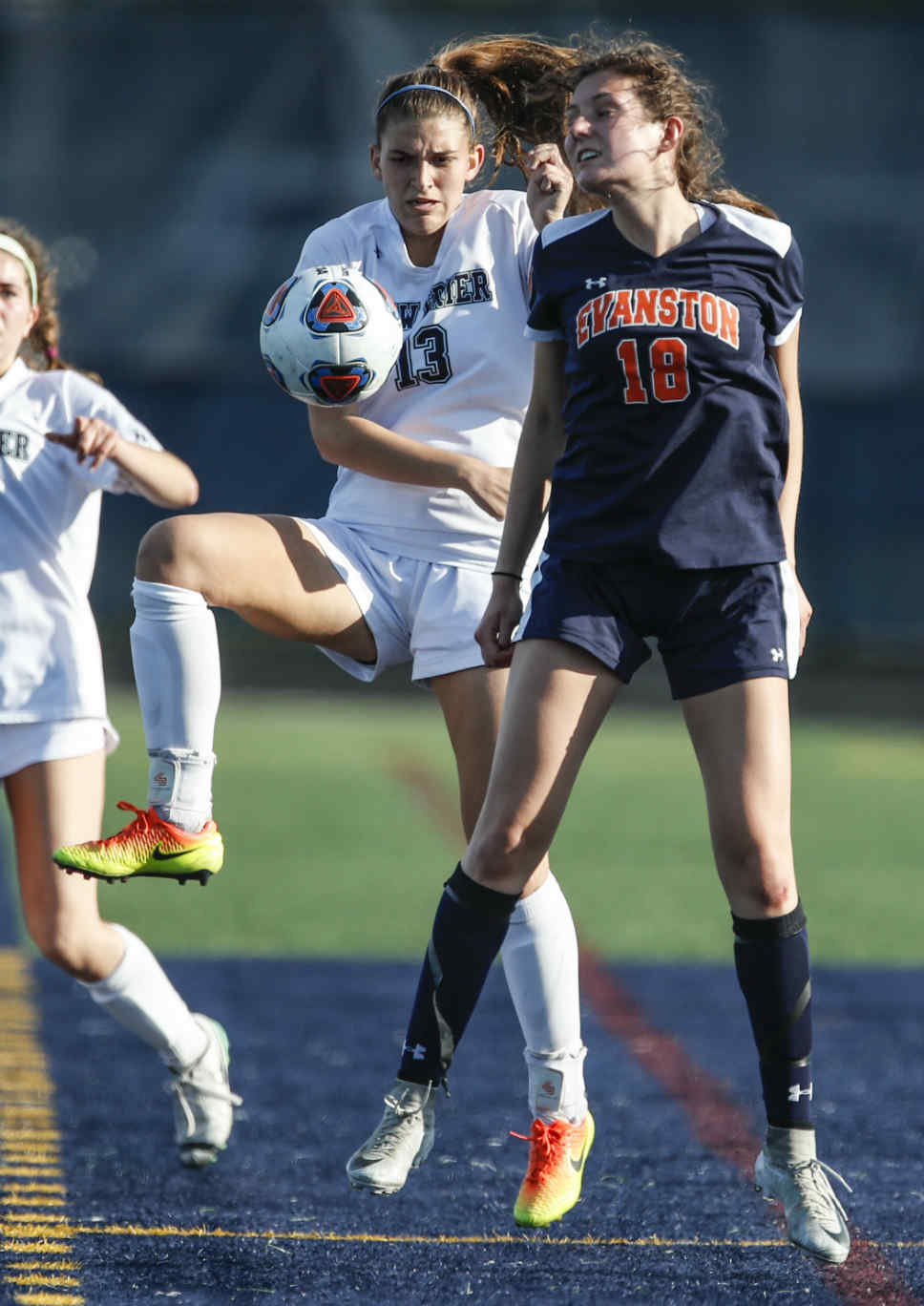 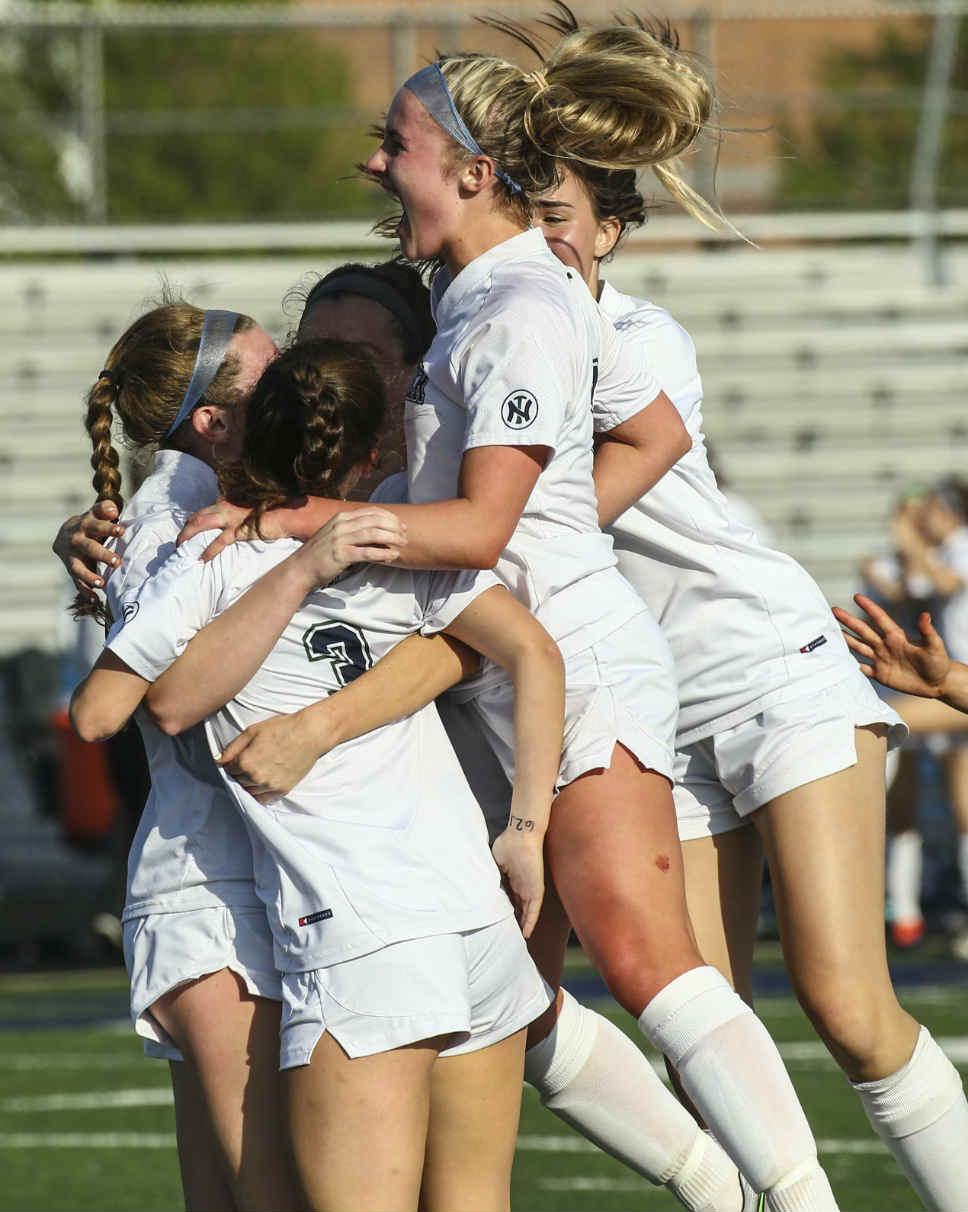 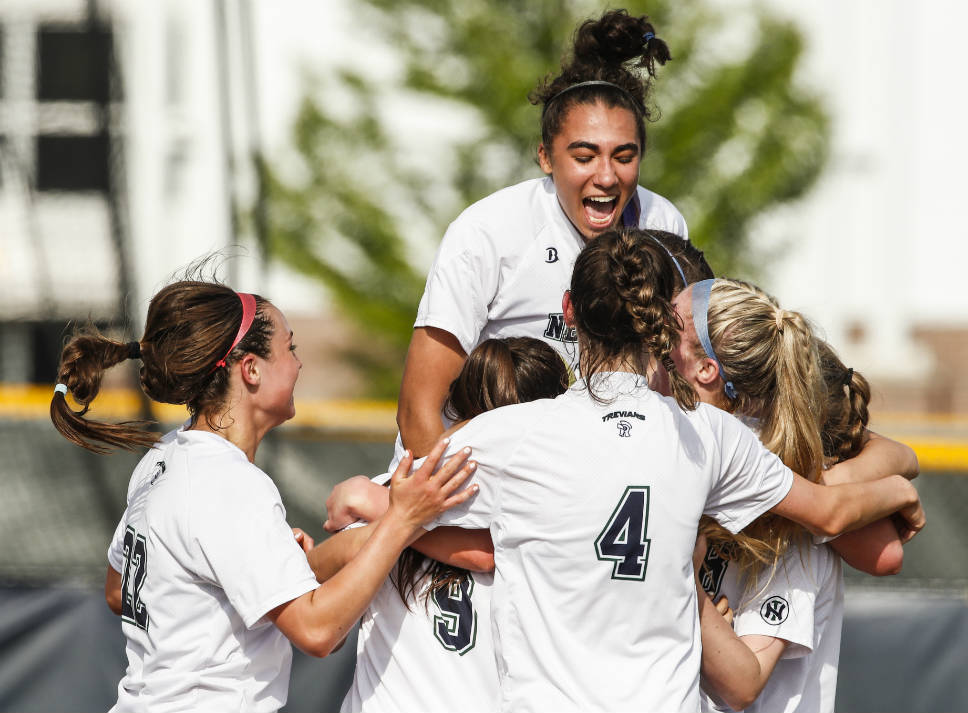