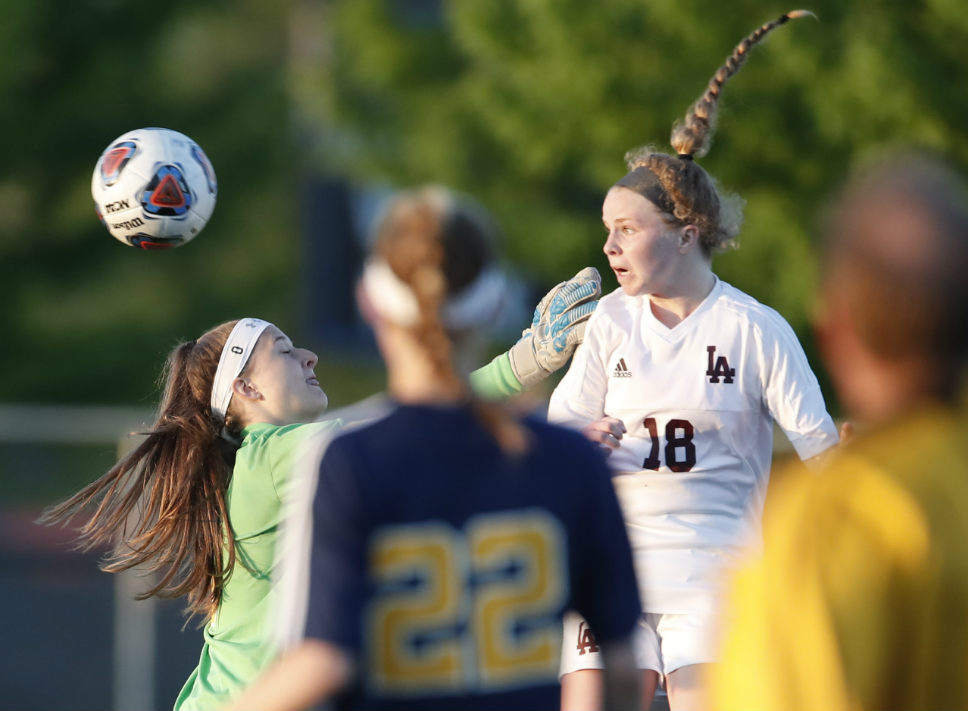 Loyola Academy’s Maggie Brett heads in goal against Glenbrook South’s Libbie Vanderveen in the second half of the sectional semifinal. PHOTOGRAPHY BY JOEL LERNER

So her next destination remains top secret.

Brett’s brilliance on a soccer field?

Nothing hush-hush about that.

The Loyola Academy forward and Glenview resident came up with another head-turning performance in her team’s 3-0 victory over host Glenbrook South in a Class 3A girls soccer sectional semifinal on May 22.

With 26:51 left in the second half, Brett even surprised herself — just a little, anyway — when she scored on a header.

Talk about striking a gorgeous goal in The Beautiful Game.

“She was just going with her instincts,” added Ackman.

And there’s this: Where did that come from?

“I’m not known for my headers,” admitted Brett. “That was different for me.

Brett also scored LA’s first goal with less than eight minutes gone in the first half (32:31).

This one was pure Maggie Brett.

The lightning-quick forward got in space with a chance to run. She ended up using her breakaway speed to score on what ended up being a breakaway down the right side.

It was set up by a long goal kick by LA’s other Maggie: senior goalkeeper Maggie Avery.

The Ramblers, who improved their overall record to 20-1-3, also scored on a penalty kick by senior Emily Chrisman with 12:18 left to play in the first half.

“We made eye contact where she was telling me to go straight to the goal,” said Brett, who now has 19 goals to go along with 12 assists. “And then she gave me a perfect pass.”

Avery, meanwhile, played to near perfection in goal. She made several saves, including a couple of diving stops, in the second half to secure the shutout.

But LA definitely will be put to the test, when the Ramblers take on New Trier in the sectional final at GBS on May 25 (6 p.m.). The Trevians (21-0-2) downed Evanston 3-0 in Tuesday’s other semifinal.

The two rivals, oddly, didn’t play each other during the regular season. 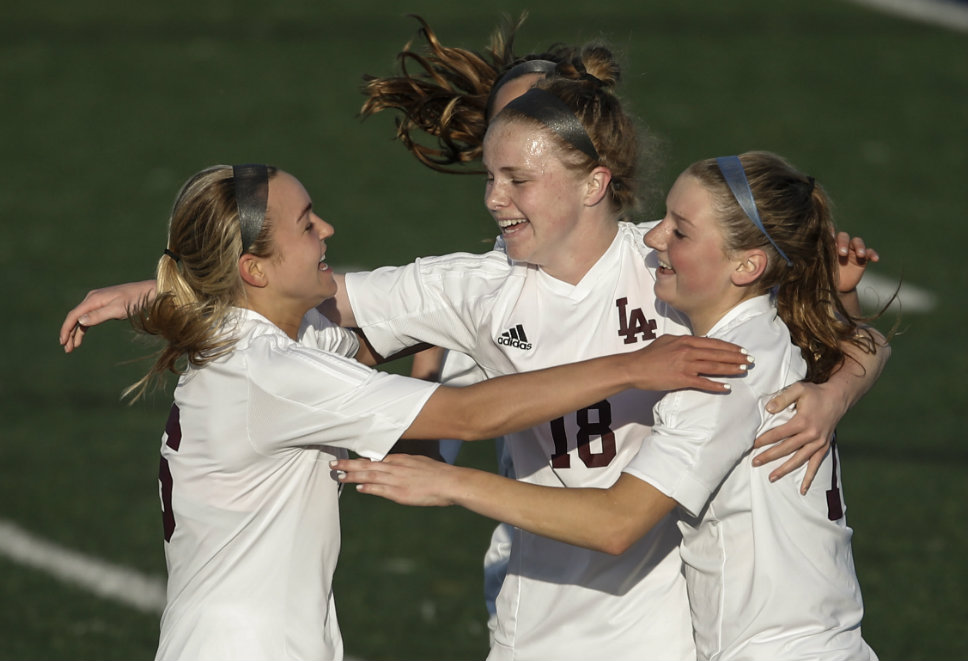 Maggie Brett celebrates one of her goals with teammates. PHOTOGRAPHY BY JOEL LERNER 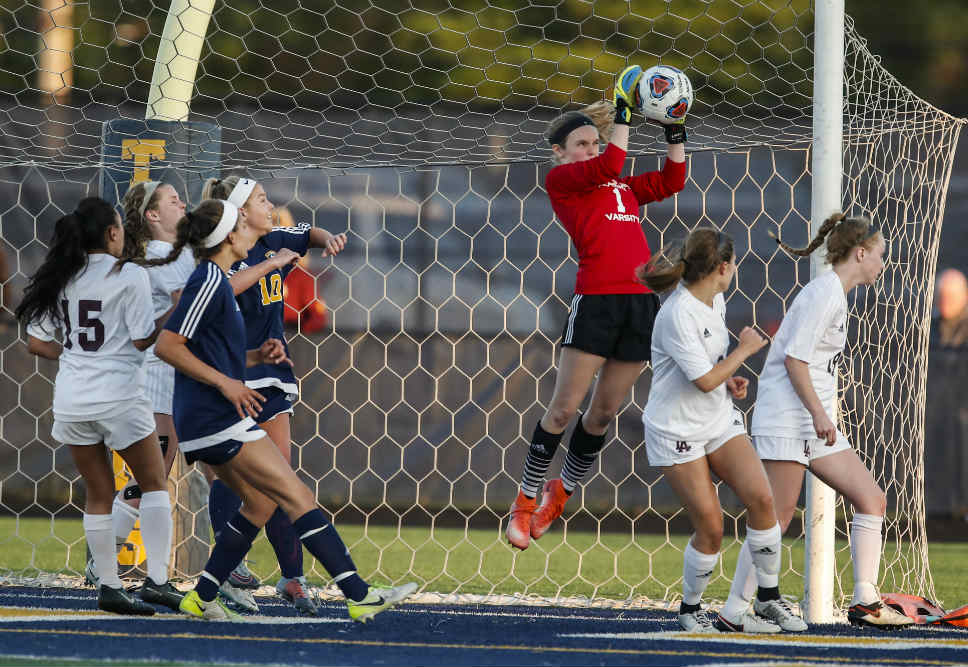 LA’s Maggie Avery makes a save during the sectional semifinal. PHOTOGRAPHY BY JOEL LERNER 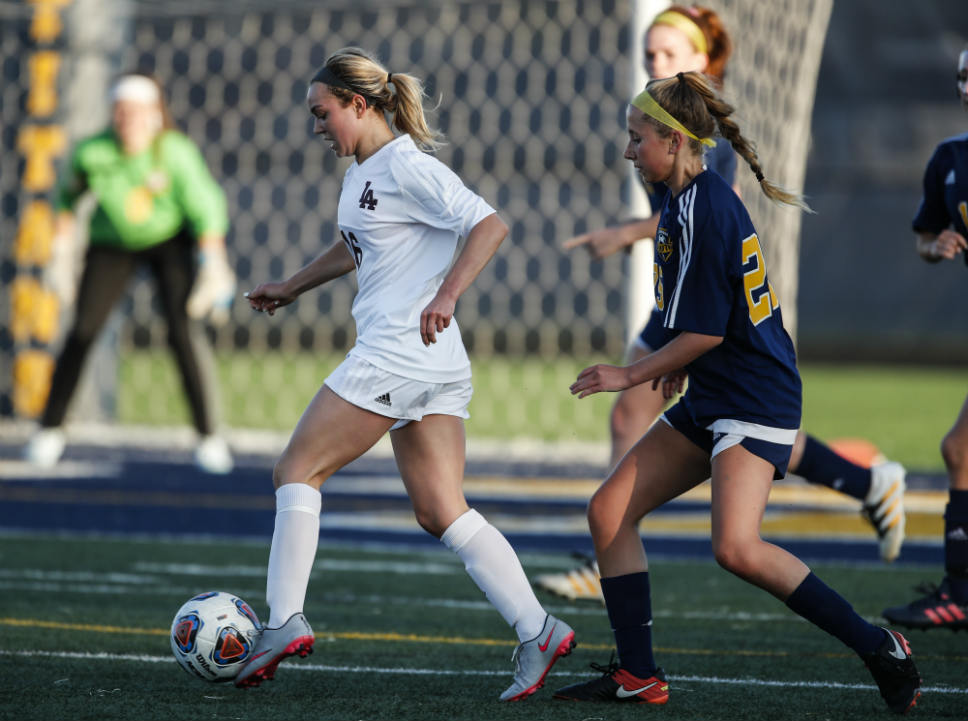 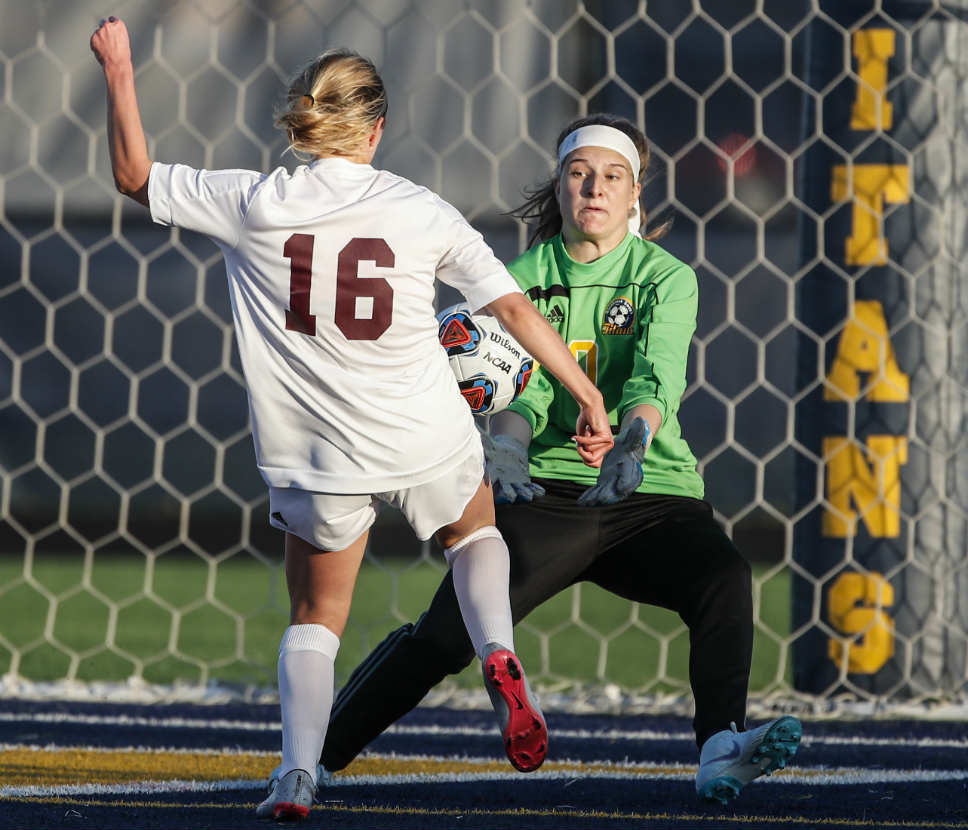 GBS goalie Libbie Vanderveen makes a save in the sectional semifinal. PHOTOGRAPHY BY JOEL LERNER