This is my second letter to the editor within a year and a half to voice continuing frustration and disappointment over the persistent failure and unwillingness of the Lake Bluff Village Board to enforce its ordinance that requires garbage and recycling materials to be placed for pick-up in the approved and closed garbage and recycling containers. Instead, residents are permitted to place all manner of refuse on Village parkways without consequence, even though there are supposed to be fines imposed for doing so. Not only are there no fines; the Village won’t even have Groot issue warning notices to offenders!

My previous correspondence with the Board and multiple appearances at their public meetings have met with non-committal responses and absolutely no action. The Board and its “Sustainability Committee” have consumed staff time and spent countless hours on the inconsequential subjects of bees and chickens; but they can’t carry out the most basic municipal function of picking up garbage without preventing residents from polluting the Village landscape with garbage tossed out on public parkways – of which the pictures from the east side of town today (May 22, 2018) are just a few examples of what happens every week.

Permitting open containers and additional garbage to be placed on parkways in violation of the Village ordinance has two negative effects – (1) a highly unsightly appearance and (2) substantial additional litter on our streets and parkways resulting from the loose material blowing through our neighborhoods.

After raising this issue on numerous occasions with the Board and staff over a period of years while making a daily habit of picking up litter myself, I have little hope that the Village will actually enforce its ordinance – unless perhaps they hear from DailyNorthShore readers in sufficient numbers. The Village and Board seem to think I’m the only one who cares about this issue and don’t want to offend the people who can’t be bothered to take their excess refuse to the very convenient public works facility rather than throwing it out on the parkways.

So if you happen to agree that residents should not be permitted to dump their garbage on the streetscape in the manner shown in these pictures and that the ordinance requiring garbage to be placed in the secure containers should be enforced, please let Village President Kathy O’Hara and the Board members hear from you. And if you happen to have a green license plate proclaiming your concern for the environment, make sure they hear from you.

You can do this most easily by sending an email to Village Administrator Drew Irvin at [email protected] and asking that your message be shared with the Board members. Thank you. 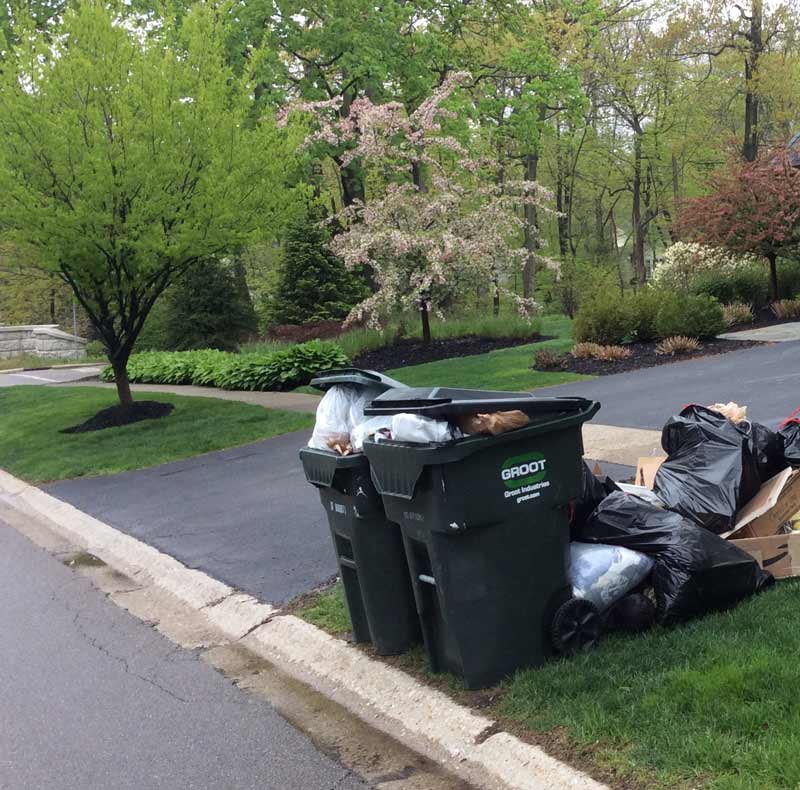 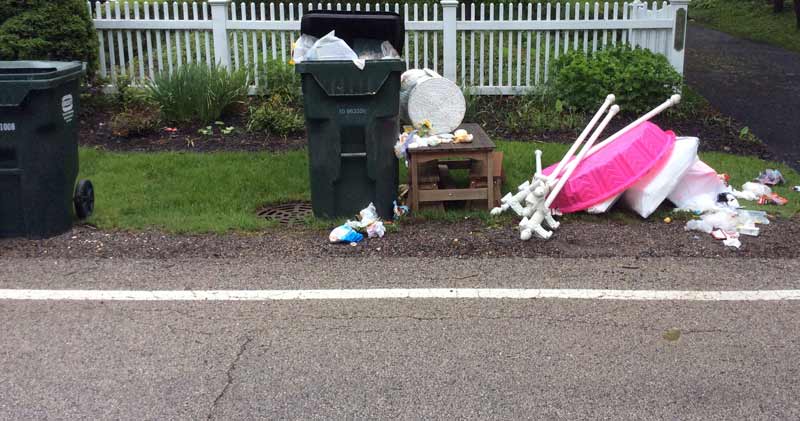