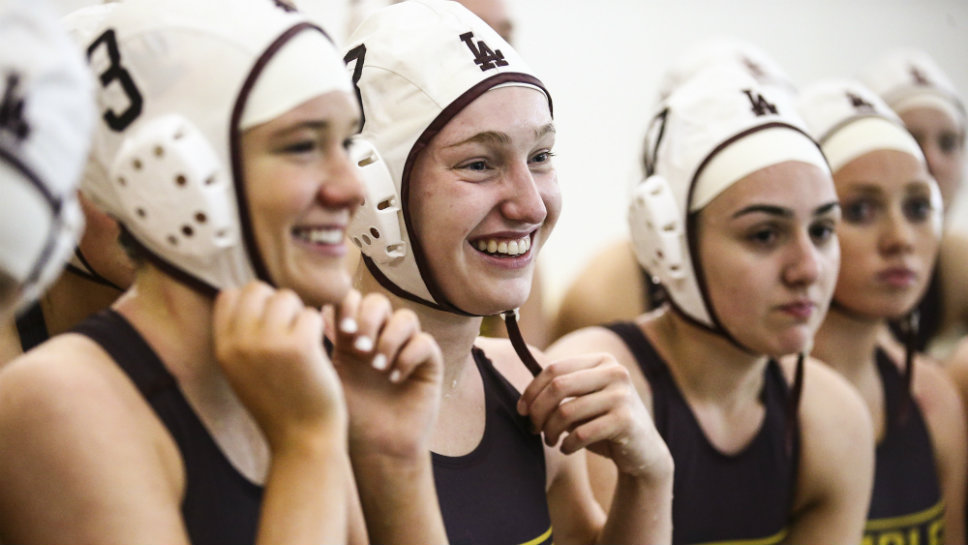 Flanked by Aidan Koconis-O’Malley (No. 3) and Nicole Kielba, Loyola Academy’s Lauren Voss is all smiles during a team huddle at the state water polo tournament. PHOTOGRAPHY BY JOEL LERNER

All it took for Loyola Academy girls water polo coach Kim Przekota to feel reassured during her team’s challenging regular season and inspiring run to the Final Four was a wink from Ramblers offensive-defensive standout Lauren Voss.

Voss, a senior, liked to deliver the quick eye gesture to her coach at the end of each timeout.

“That was her way of telling me, ‘Hey, we’ve got this; we’re good,’ ” Przekota said of the LA tri-captain (with seniors Nicole Kielba and Sarah Pinkerton).

Przekota’s crew enjoyed a considerably better-than-good season, entering the postseason with 12 losses but finishing it with a fourth-place trophy at state last weekend. LA (20-14) lost 11-9 to Naperville North in the game for third place at Stevenson May 19, a day after downing a 29-4 Conant team 11-5 in a state quarterfinal at Stevenson.

Voss scored a team-high 14 goals last weekend in Lincolnshire, including six in the tournament’s final quarterfinal. The Chicago resident and Santa Clara University recruit tossed in three tallies in a 17-9 semifinal loss to Fenwick and beat Naperville North’s goalie five times in her final prep game.

“Her style of play,” the coach added, “frustrates opponents and calms down her teammates.”

Her wont to wink — in good times, in tough times — was but one example of the positivity she exuded throughout the 2018 season. Voss’ words also filled her audience with optimism.

“Lauren was our driving force, the one who motivated us and kept us motivated, the one who always liked to shout, ‘Come on, let’s go!’ ” said Pinkerton, a Park Ridge resident, one of LA’s shut-down defenders and a threat to score a goal or two each game. “She gave great speeches in the locker room, even when they were on the fly.”

Voss’ toughness and steadfast demeanor in a highly physical sport allowed her to draw gobs of kick-outs and the 20-second power play that comes with each exclusion foul. She also invariably impacted games at the other end of the pool. Voss scored her team’s first three goals in the third-place game against Naperville North (24-9-1) last weekend. The right-hander used her dominant arm to notch the first two and then used her left arm to loft a knuckleball changeup above the outstretched arms of Huskies goalie Grace Raquel for her third goal.

The dainty shot descended slowly behind Raquel and splashed quietly inches beyond the goal line, knotting the contest at 3-3 in the second quarter. Naperville North tallied three of the next four goals in the frame and secured a three-goal lead four times in the third quarter.

A goal by LA junior Aidan Koconis-O’Malley narrowed North’s lead to 11-9 with 2:07 left in the final quarter.

Neither team would score again.

“Amazing,” Voss said of her team’s thrilling Final Four season. “None of us, at the beginning of the season, thought we’d be able to get this far. But, as the season progressed, we meshed more and more as a team and did a lot of things together, like watching the movie Miracle.”

“Beating New Trier, I remember that as the day we thought, Wow, we have a strong team,” the coach said. “Then, after we played Fenwick and lost by only two, we realized we can compete with an elite team.

“Our girls played with a lot of heart all season, and we had a really hard schedule. We took our lumps [five losses in a seven-game stretch against top-notch foes in April], but we got better and better. Our senior class … amazing. Nice girls, good girls.”

Przekota tapped senior Shannon Kearney to be her designated sprint girl for the outer-lane swim-off at the start of each quarter. The runner-up in the 100-yard backstroke and 10th-place finisher in the 50 freestyle at the state swimming and diving meet last fall, Kearney had played in only 15 water polo games before last weekend’s state quarterfinal against Conant.

“A month, only a month — that’s about how long Shannon has been a water polo player,” Przekota said of the North Carolina State-bound scholarship swimmer who scored two counterattack goals in a 9-7 defeat of Evanston April 24. “In big pools like Stevenson’s, Shannon’s speed is quite noticeable. She wanted to play the sport, give it a try, after spending all those months last year and this year as a serious competitor in high school and club swimming.

“Shannon,” Przekota added, “never felt pressure in water polo, and that made her time with us such an enjoyable one for her.”

LA’s team had to kill about three hours in between its semifinal loss and the third-place game. Kearney lives in Deerfield, about the distance of a dozen pool lengths from Lincolnshire.

The team ate, napped and relaxed at Kearney’s house before facing Naperville North.

“Taking fourth at state went beyond, way beyond, any of our imaginations,” Voss said. “And to end up as one of our program’s best teams made this weekend even more special. The memories I have from our two days at state will stick with me for a long time.” 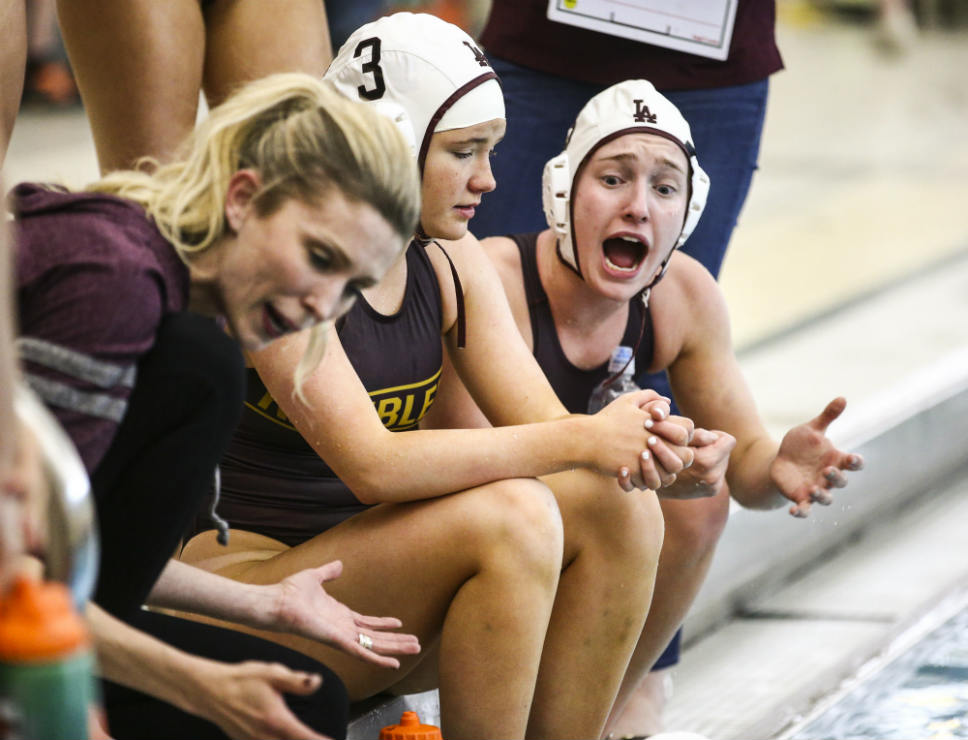 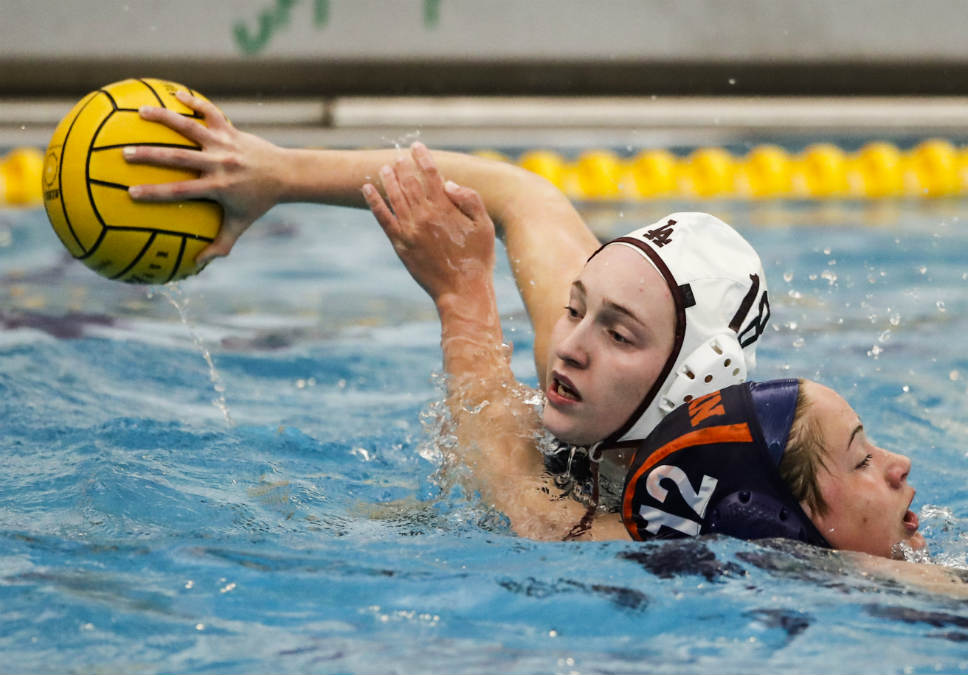 Lauren Voss battles against a Naperville North player during the third-place game. PHOTOGRAPHY BY JOEL LERNER 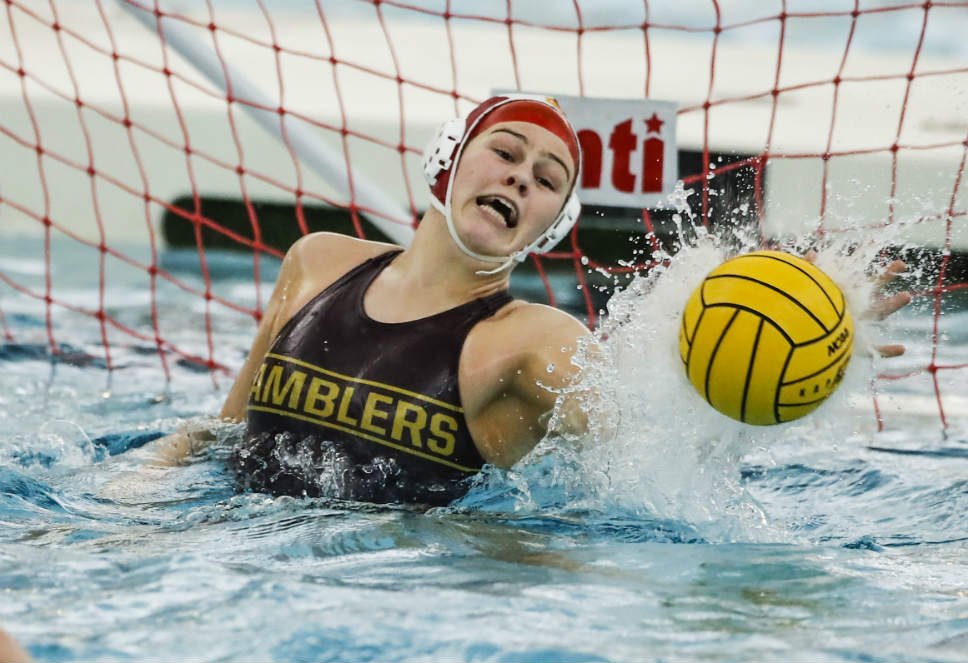 LA goalie Mary Kate Lopez makes a save during the third-place game. PHOTOGRAPHY BY JOEL LERNER 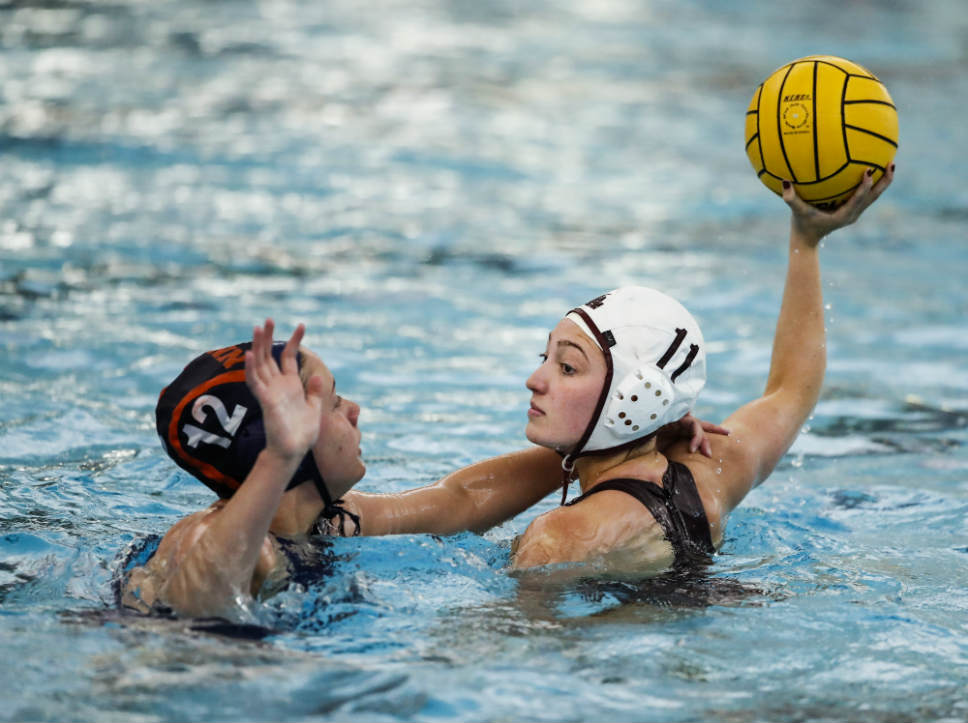 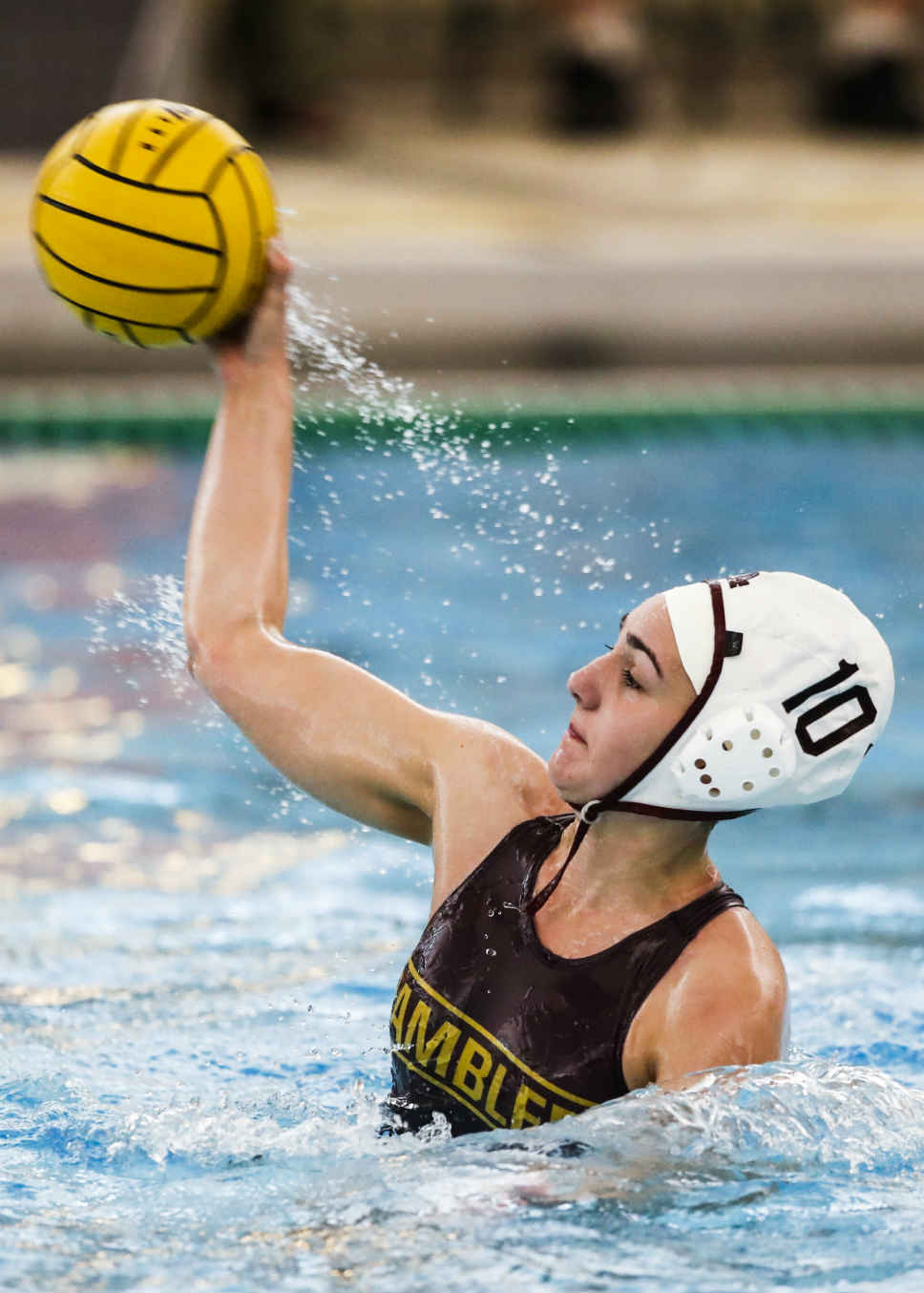 Nicole Kielba of the Ramblers competes in third-place game. PHOTOGRAPHY BY JOEL LERNER